How can I rewire this circuit?

In my basement, I am removing an existing fixture and planning on installing pot-lights. Previously when I have switched out a fixture, I generally find white + black + ground, which is pretty easy to deal with.

In this case, when I was removing my existing fixture, I found the following: 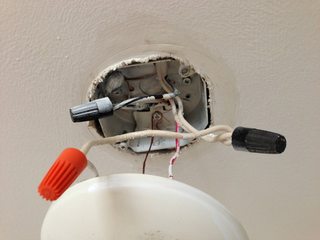 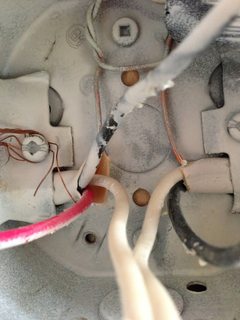 Any ideas what the second line would be for? If I continue with my plan, of pulling the one wire back to the switch I should be able to replace it with new romex for the potlight, wire it up the same and have no problems?

This is how I suspect the circuit is wired, but you'll have to investigate to be sure. 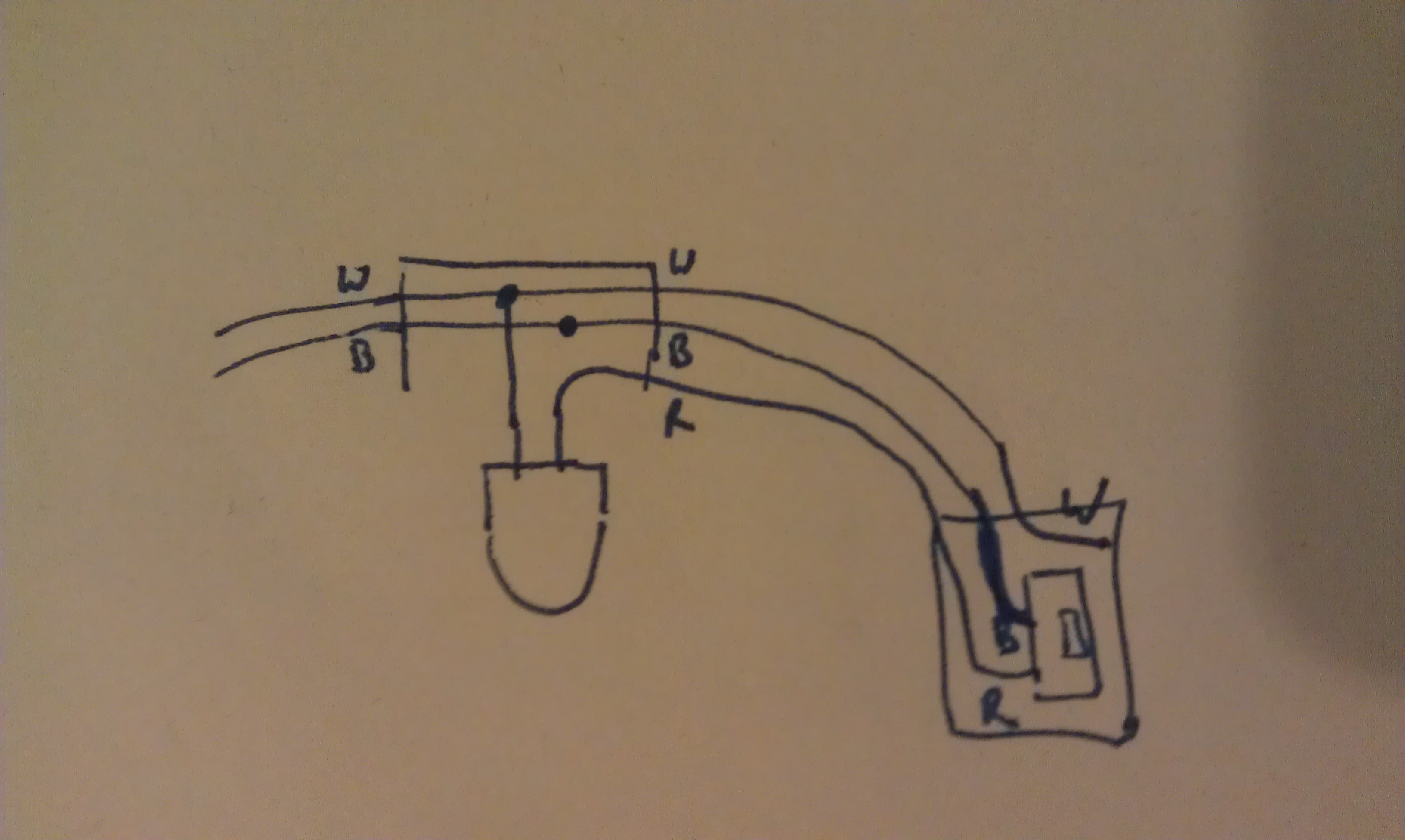 The circuit may be wired this way because it continues on to feed other rooms, or simply because the switch is a "smart" switch that requires a grounded (neutral) conductor.

You'll learn a bit more about the circuit, when you open up the switch box and take a look inside. If you're still not sure what's going on, you'll have to probe the wires to gain a better understanding. If at any point you don't feel comfortable, or you're in over your head. Don't hesitate to contact a local license Electrician.

Here's my best guess. Power probably comes in on the 14/2 pair and leaves to the switch on the 14/3 wires. The switch if my guess is right will have the black and red wires attached to it and is probably done this was to feed another circuit.

Alternately the 14/3 wire could be providing switched power on the white/red pair and feeding another circuit (the 14/2 pair).

In switched situations, the traditional neutral (white) can be repurposed to a hot leg, though it must be marked.

You should be able to see the story at the switch.

In any case, cut power, disassemble connections, reenergize and carefully measure all the voltages with a helper at the switch. If it's not clear, please post the results of all wires with switch on then off and we'll diagnose.

1
How do I wire my light fixture?
0
How do I wire an additional recessed light to an existing switched circuit?
2
How do I rewire this box?
3
How can I add a 3-way switch to my light? (confused about existing wiring)
1
Does this wiring look normal? If so, how can I connect a porch light to it?
0
How do I wire a light switch that has 2 switches wired in but should only use 1?
0
Three sets of wires and no clear way to ground
1
How is this 3-way switch circuit wired?
0
Fried dimmer turns lights on/off but new dimmer won't
0
Electrical wiring issue with Ring Camera