How can I keep the front door from blowing open?

Whenever there's a windy day, our front door blows open (letting the weather in and the animals out) unless we throw the deadbolt. It's not a big deal when we're all inside - it's become second nature to throw the bolt just in case every time I come inside, whether it's windy or not - but it's a major pain to have to take my keys with me, and bolt the door behind me, whenever I step outside.

I suspect that the problem is just that the bolt of the regular lock doesn't extend quite far enough, but I don't know what I can do to change that. I thought of adding a shim or two behind the strikeplate in the doorjamb, but it's already scraping the door as it is.

I'm posting from work and didn't think to take pictures at home, but: the doorknob and deadbolt are keyed-alike, Schlage (I believe) and about 15 years old.

If the latch plate is flush with the door edge, the set back is correct. The flat back (faces street for out swinging doors) must be able to extend into the strike plate to hold door. Many alignment issues crop up to pull those 2 edges apart. Door gaps tell what has happened to its alignment over time. 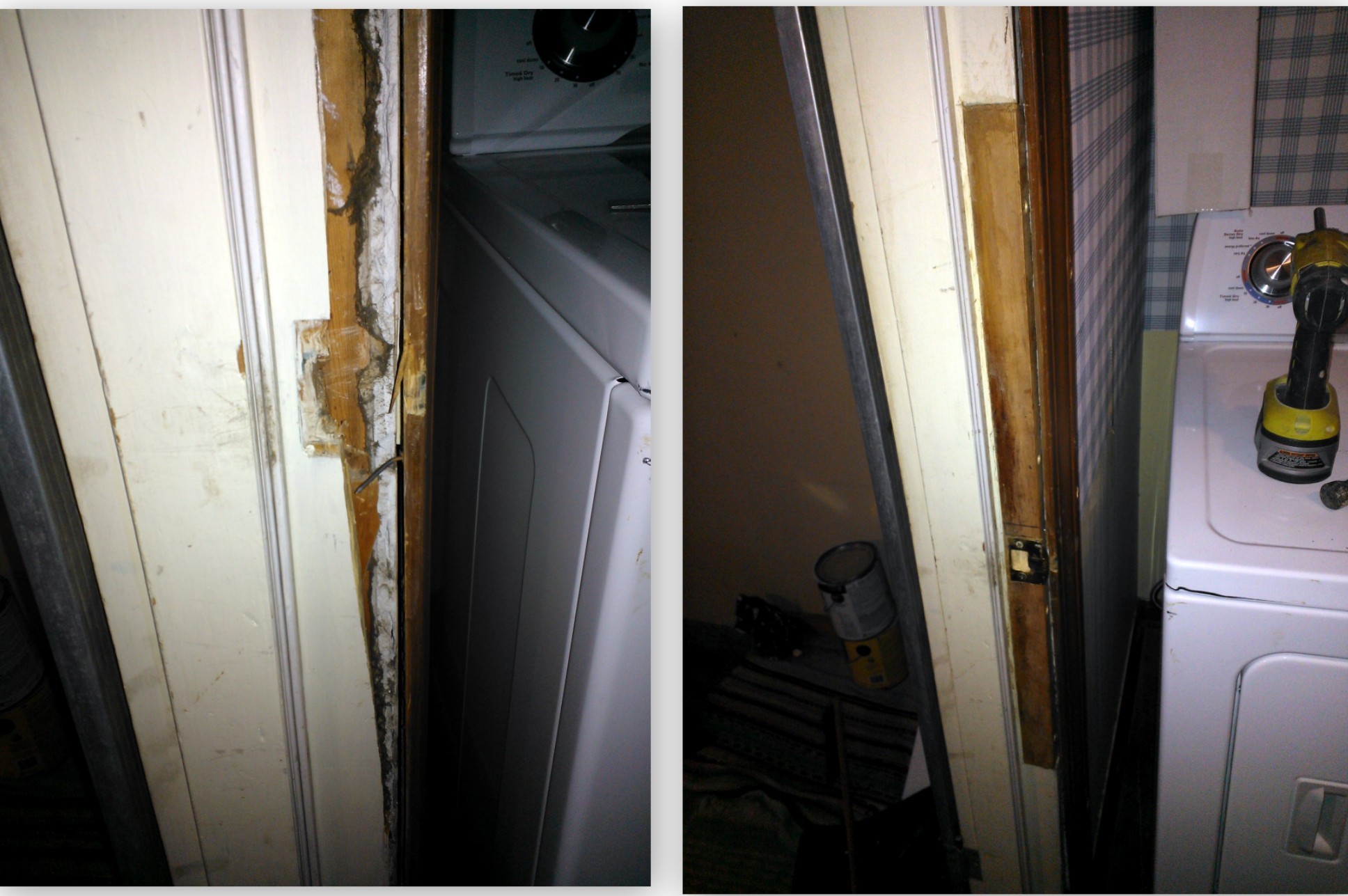 Not the answer you're looking for? Browse other questions tagged deadbolt doorknob wind or ask your own question.

2
How can I repair this door and deadlock?
2
What kind of screws are used for the door knob of an interior door?
0
How can we allow wind to pass through but prevents outsiders from seeing into
1
Why can I no longer turn the knob of my self-locking door from the inside?
1
Schlage single cylinder lockset won't release from the door
0
The deadbolt on the door is broken preventing opening the door.
3
Why are the shingles blowing off my year-old home?
1
Unable to get bolt out of door
27
How to open a door that has the insides of a door handle inside without a door knob
4
How can I open this door latch with the knobs removed?