What does the inspector mean by "Hot and Neutral are not separated"? 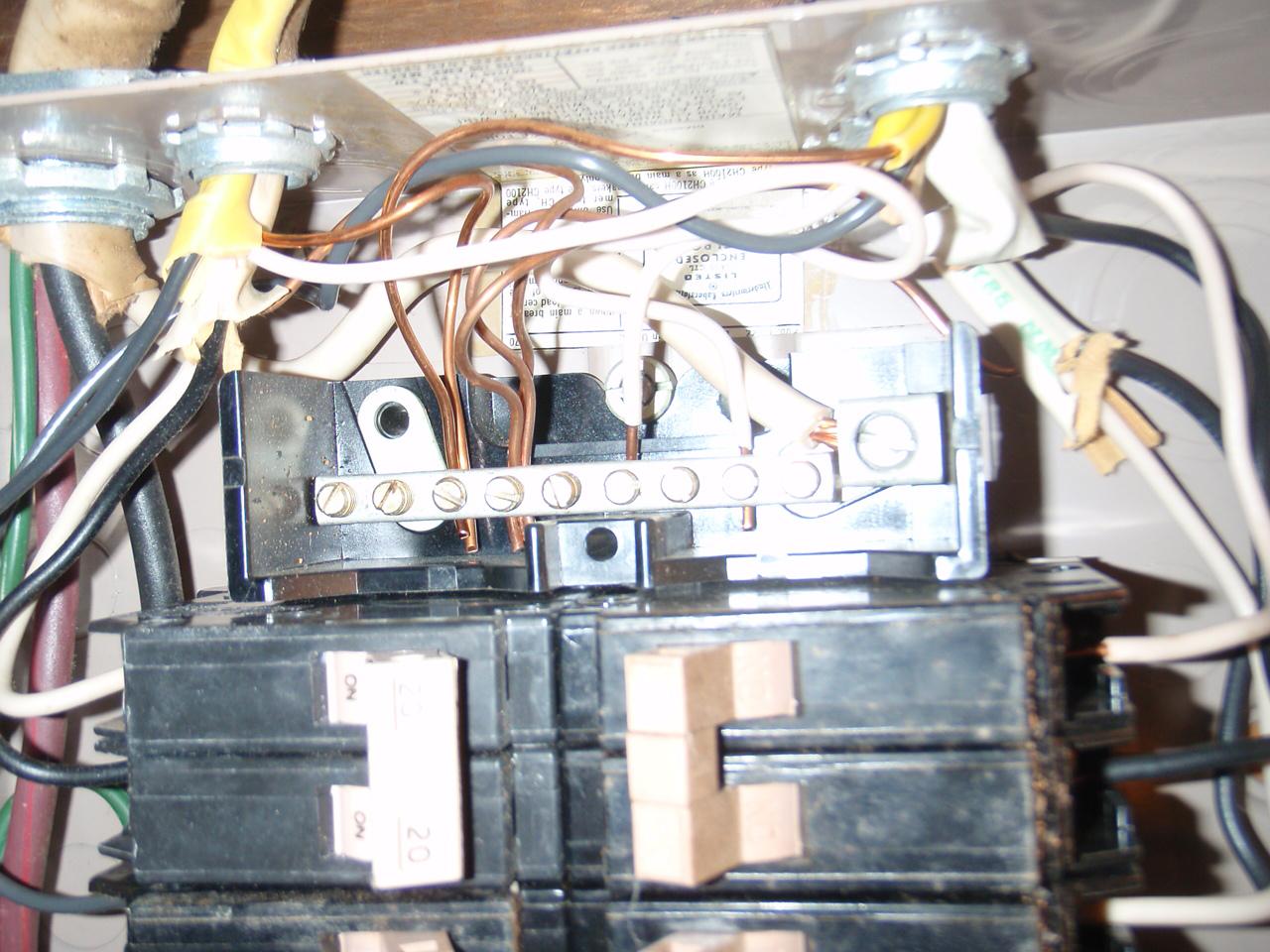 I'm guessing from the image that this is a sub-panel, in which case the inspector is correct. The National Electrical Code (NEC) says:

Which means the only place the "neutral" (grounded conductor) is bonded, is in the main service panel. If the grounded (neutral) and equipment grounding conductors (EGC) are bonded anywhere else, you can end up with neutral currents on the EGC and metal parts of equipment which is a violation of 250.6(A).

250.6 Objectionable Current.
(A) Arrangement to Prevent Objectionable Current. The grounding of electrical systems, circuit conductors, surge arresters, surge-protective devices, and conductive normally non–current-carrying metal parts of equipment shall be installed and arranged in a manner that will prevent objectionable current.

After taking another look at this, he could mean that the white insulated wires are not marked appropriately. When you use a wire with white (gray, or with three continuous white stripes) insulation as an ungrounded (hot) conductor, you have to mark the wire in some way to indicate that it is not used as a grounded (neutral) conductor.

200.7 Use of Insulation of a White or Gray Color or with Three Continuous White Stripes.

(C) Circuits of 50 Volts or More. The use of insulation that is white or gray or that has three continuous white stripes for other than a grounded conductor for circuits of 50 volts or more shall be permitted only as in (1) through (3).

(1) If part of a cable assembly and where the insulation is permanently reidentified to indicate its use as an ungrounded conductor, by painting or other effective means at its termination, and at each location where the conductor is visible and accessible. Identification shall encircle the insulation and shall be a color other than white, gray, or green.

Since the white wires connected to the breakers are not marked, it looks (to the untrained eye) as if the grounded (neutral) conductors are connected to the hot bus. The most common way to mark the wires, is to wrap a bit of black electrical tape around a small section of the wire.

It would help if you told us where you are, and what you are showing us a picture of.

Not the answer you're looking for? Browse other questions tagged electrical inspection or ask your own question.

6
How to wire a 240V disconnect panel for spa that does not require neutral?
3
What exactly does 'Maximum of 8 No. 12 AWG Branch Circuit Conductors' mean?
13
why is a service neutral grounded but not the subpanel-neutral?
2
Should neutral and hot wire be tied together if not in use
3
Is there any issue with the neutral and ground being connected in this panel?
2
Hot to Neutral at the outlet only reading 112V
4
Double Grounding Sub-Panel