When did Handle Ties become mandatory for MWBC?

I was extending a circuit in my kitchen last week as part of a remodel and discovered something that had been under my nose the whole time I've lived here but I just paid enough attention to notice.

Now, I know I need to fix this and it will involve moving at least 4 circuits around, probably more since I'll likely need to shift a few others just to get enough adjacent spaces.

My question is: When did handle tying a MWBC become code?

This house was built in 2010 in Riverside County CA, so the code in force would have been either the 2010 CA Electric Code (which adopts 2008 NEC) or the 2007 CA Electric Code which adopts 2005 NEC). Everything in that panel aside from the three 2-pole breakers at the top is original. They did put a couple AFCI breakers in for the bedrooms, so they were sort of on the ball. I don't know why thy used almost all tandems in a brand-new panel that only ended up just over half full. (Those 3 double poles at the top were added recently by me).

At least they got the poles on the right busses (hopefully on the first try) even though they aren't anywhere near adjacent. For example, the MWBC that serves 2 of the kitchen circuits is half on the bottom of the quad and half on a full-size single pole 3 spaces up. I've added colored tape patches to mark which circuits are MWBC. 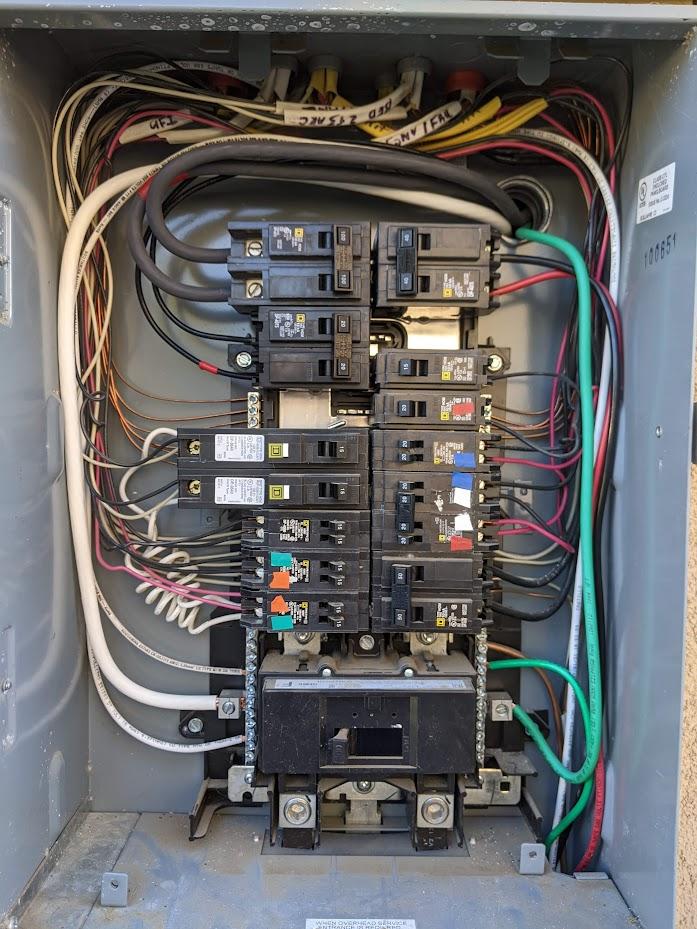 Finally: when I fix this, since I will be moving circuits in this panel and possibly relocating 1 or 2 to my subpanel to make room, will I need to comply with the current code (2019 CEC/2017 NEC locally) and AFCI all the things? (If that's the case, it might become costly enough to justify seeing if I can find QO innards that fit this enclosure since I'll be replacing more than half the breakers anyway.)

Maybe I can find some ANSI grey tape to make it look original when I have to re-mark everything. :)

Seems like your potential code editions put you right on the cusp, as it was required starting in NEC 2008.

I'm posting this down here because it fits more as an answer than an update to the question.

Turns out that while there is no official solution to handle-tie the outer pair of a quad/tandem breaker, Square D makes quad/tandem breakers that are factory handle-tied/common trip on both the inner and outer pairs. That would be a direct drop-in for my two 15A tandems as well as the 20A quad there, leaving me with only two circuits to rejigger. 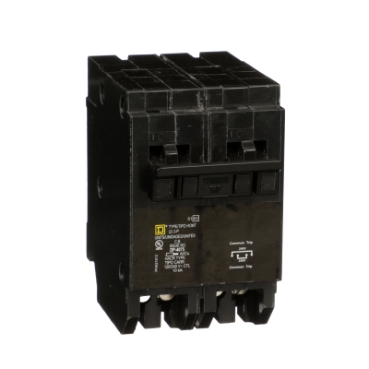 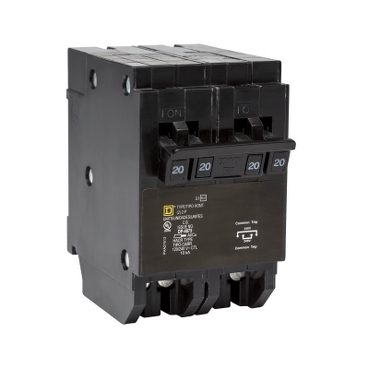 Finally: when I fix this, since I will be moving circuits in this panel and possibly relocating 1 or 2 to my subpanel to make room, will I need to comply with the current code (2019 CEC/2017 NEC locally) and AFCI all the things? (If that's the case, it might become costly enough to justify seeing if I can find QO innards that fit this enclosure since I'll be replacing more than half the breakers anyway.)

I was worried about that myself recently with a heavy-up. My electrician assured me, and inspector approved, that existing circuits moved into a new panel did not need to be upgraded to AFCI and/or GFCI. .One receptacle needed to be replaced because the new panel (2 feet away from the old) took the physical space where it was, and for that the electrician put in a GFCI/tamper resistant, because he couldn't not do that when replacing a receptacle. However, other existing non-GFCI receptacles that were untouched at the receptacle end, but were in locations (unfinished basement or outside) that now require GFCI did not need to be upgraded, and no AFCI was needed even though most of the circuits, if new, would require it.

The argument for requiring AFCI and/or GFCI to be added based on current code is that it will increase safety. The argument against it is that the added cost, which can be quite significant for AFCI and for double-pole GFCI (since only single-pole GFCI can be done inexpensively at the first receptacle) will discourage otherwise extremely beneficial safety upgrades. I went from 2 messed up (bad MWBC that I didn't know about until taking apart the fuse panel, and some other problems) fuse boxes and 1 small breaker panel, with sub-par house grounding and some other problems, to a beautiful 42-space CH panel with proper ground rod, generator interlock, etc. I had my reasons to upgrade anyway (most of my neighbors did many years ago) but an extra $ 500 - possibly quite a bit more - for AFCI breakers on most circuits, plus GFCI on a few, might have made me delay everything longer.

A call to either a local electrician or the local permitting office should be able to get definitive answers for your location.

Hate to say it but you have a MUCH BIGGER PROBLEM on your hands: Those double stuff breakers that make up your MWBCs are ON THE SAME POLE, not opposite poles as is required.

So, what does that mean? It means that you can supply the circuit with TWICE the power the neutral is rated to carry back. This setup is NOT SAFE.

2
If I replace my main panel, will I need to fit AFCIs?
4
MWBC (Multi-Wire-Branched-Circuit) w/out joined breakers, how best to fix?
2
Code exception for not installing AFCIs in kitchens?
4
Does the arrangement of breakers within a panel matter or follow any rules?
1
How do I add 2 AFCI circuits to my panel?
2
MWBC for split kitchen receptacle
1
Does adding a receptacle to a circuit require updating to AFCI?
0
Can i replace a 200-amp Ite panel with a Homeline 225-Amp panel? Burnt stabs on a 50 yr old panel in a 40-50 yr old town home we recently purchased
5
MWBC with both circuits on the same bus -- any easy fixes?
0
Changing Tandem Breakers with Potential Unmarked MWBC