What remedy for electrician's large holes in studs?

I'm located in Chicago and live in a one story home (no upstairs just basement) and just had an electrician come to add an outlet for a dishwasher and put the refrigerator on its own circuit. They decided the quickest way was to run an additional conduit line horizontally in order to use some existing wire and therefore had to put holes through multiple studs. The electrician kept acting like the holes he made were no big deal and they do it all the time but from what I read of the building code, the holes are certainly larger than I believe is allowable and closer to the edge than allowable and I'm worried about the structural support of the home now. 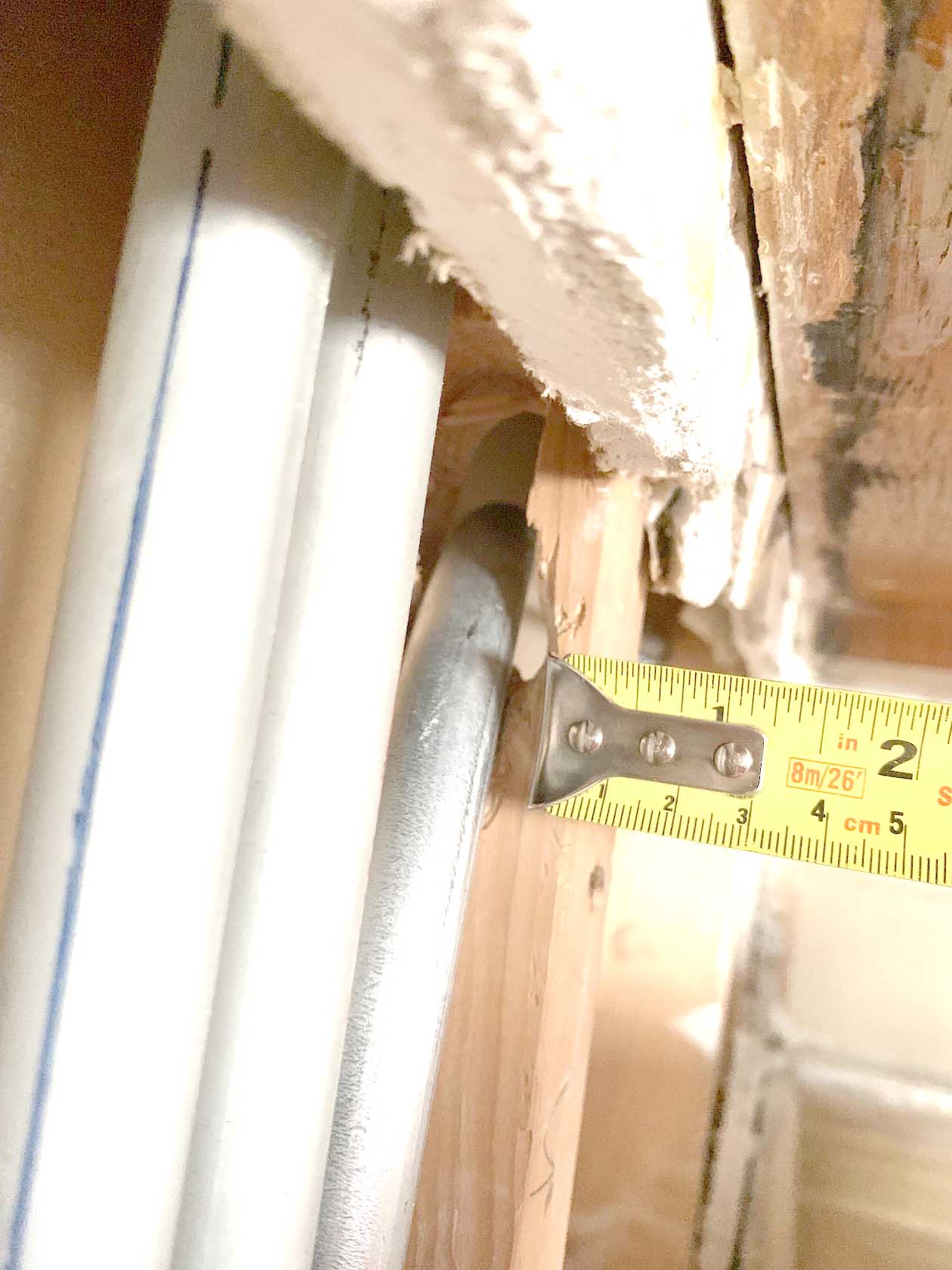 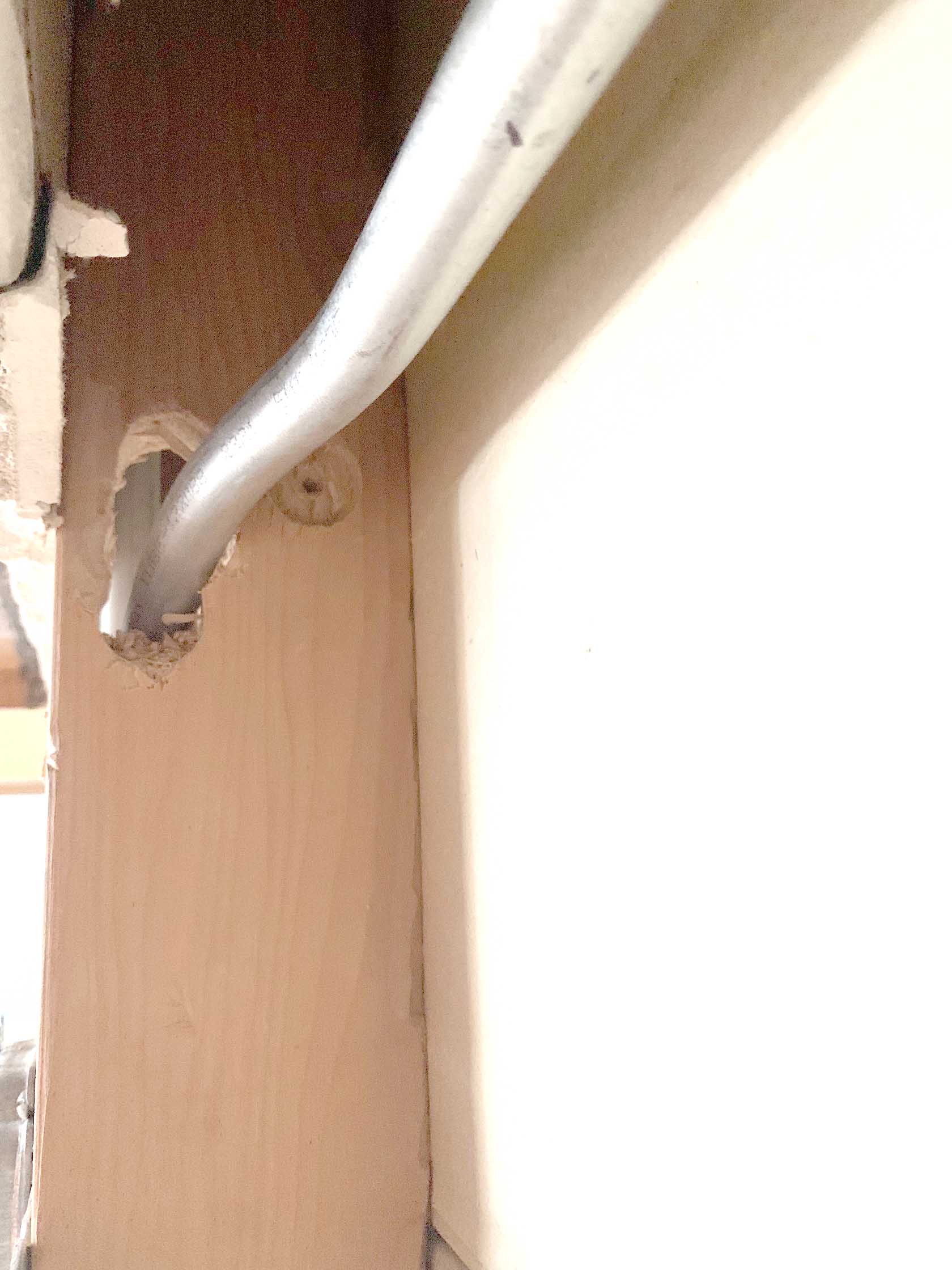 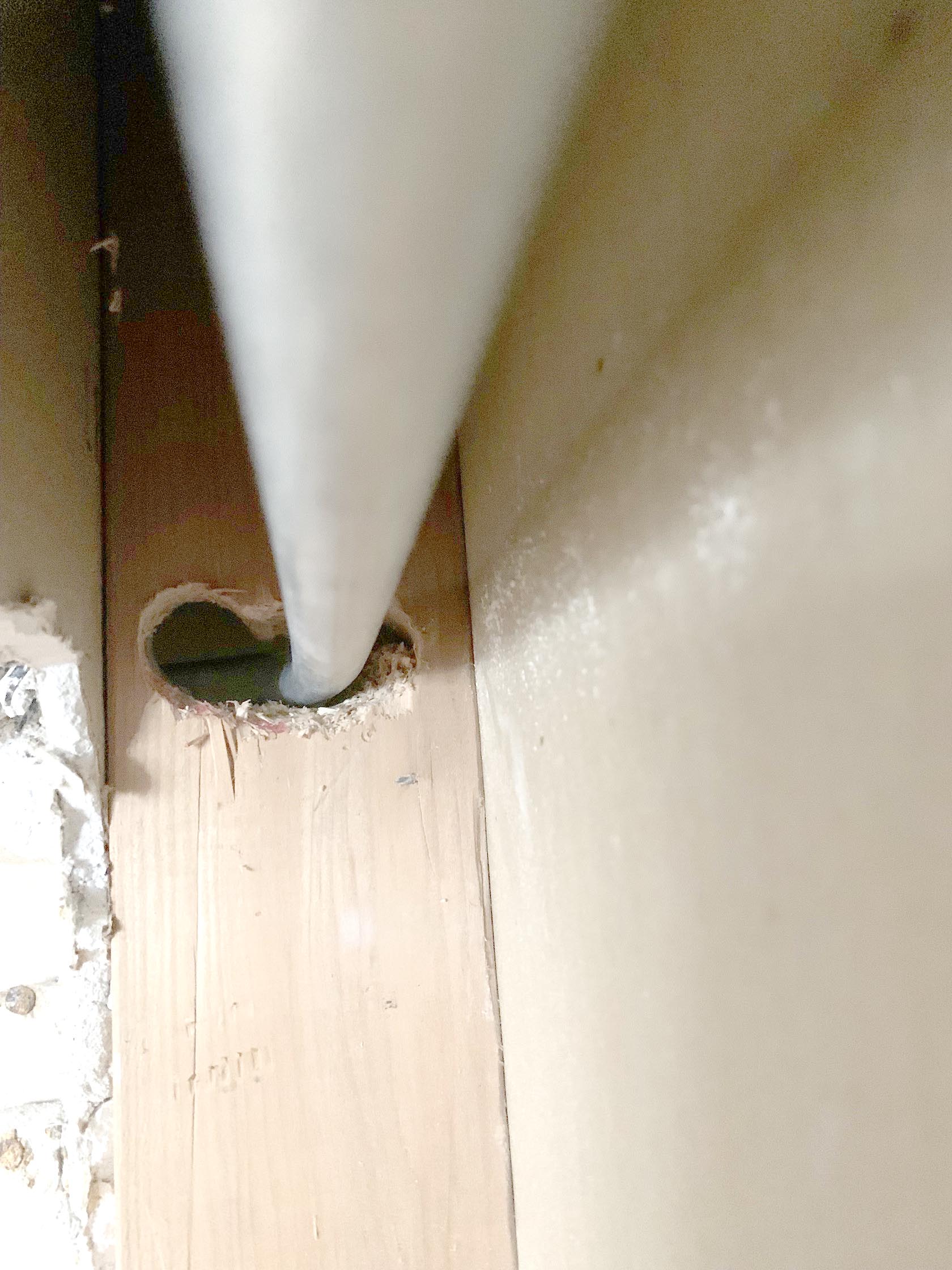 The upper one looks like <40%. Those "on a sweep" spots require a tall notch like that. I know you want to see only the wood removed which is in the way, but that requires magic.

The lower one is a drunk mess. That stud will need to be doubled or reinforced with some Unistrut or a Simpson Strong-Tie.

I believe is allowable and closer to the edge than allowable

The reason for that rule is so drywallers etc. can use <=1-1/2" fasteners and not have to worry about running one through the non-metallic cable (Romex). Where it is closer than that to the surface, you must use a metal nail-guard plate to protect the Romex.

But thanks to Chicago, that is EMT metal conduit. EMT is its own guard plate. So Mrs. O'Leary's cow would have difficulty putting a picture nail or drywall screw through it, and even if they did, it would just short to the conduit shell and trip the breaker.

It is a stud. Even if this is a load bearing wall. Let's take the worst case scenario, the hole the ele cut splits and the stud fails, what is going to happen? This wall appears to have drywall on both sides, drywall while not a structural component does add strength to walls. You'd likely end up with some deflection in the ceiling/wall joint above if a rafter and heavy snow load are sitting on this stud. Even if the one stud completely failed it is very unlikely that the whole wall fails and your roof comes crashing down.

The code is correct this stud is over bored. It sucks as it really isn't that hard to drill a hole in a stud in a reasonable manner.

The easiest fix is probably to laminate both sides with plywood - depends on the length of your stud but you can get 10' sheets. Cut the 10' 3.5" wide strips, notch the strip to accommodate the bored hole, glue and screw it to both sides of the 2x4.

I'd also get a hole saw, create a plug for the over cut hole, get some glue and slap it into the hole before I laminated the 2x4.

The lower end of what I'd opt for is just making the plug, gluing it in place and laminating maybe 2' above and below for a 4' piece of 3/4" plywood on each side that is strengthening the 2x4 and holding the plug in place. There are finger jointed studs after all and those are two completely separate pieces that are glued together and they support vertical loads just fine.

If you want to be 100% then get a structural engineer in to give you a remedy, cost is likely less than $500 for the visit and remedy.

At least you only had this guy in for a limited scope of work and the repair is limited to just this one stud !

8
What's the proper method for installing new studs in existing frame?
1
Notch rules or guidelines for steel studs (non-load bearing)
5
how critical are distances between studs?
3
Notch Stud for Electrical Work Box
0
Is there a limit to length of notch cut in "rear" stud in staggered stud wall?
4
What are the steps to raising an interior wall header?
2
How many 240V wires per hole in studs?
3
Studs spacing too close together to put in sub panel in workshop basement
0
What are the NEC rules for holes in a wooden top plate?