Can I use QO breakers in any other panel type?

All my panels in multiple California homes are square D QO, this makes it convenient to deal with electrical in any of them.

For an upcoming solar project I need to replace my main service meter combo panel. I will either need to use 200A service in a 225A (or more) rated busbar. Or I could use a 175A main breaker in a 200A rated bus bar.

I would prefer to use a 225A+ main service panel but QO doesn't offer one.

Are there other brands that I can use QO breakers in?

You can't cross brands with any breaker

Yes, they seem to fit, and you think "Gosh, the companies got together and made breakers standardized" Well, they didn't. They were actually maneuvering to avoid each other's patents, and as a result every bus design is different, and the clips will not mate to the stabs properly - they'll make edge or corner contact and overheat.

So put that "swapping breaker brands" idea right out of your head. It is a dead letter.

With that said, I can tell you QO has a totally unique bus shape that will not interchange with anything else - not even close.

Now, there is one exception. UL has a way to certify one brand's breaker for a competitor's panel. This is called "UL-Classified". Note that manufacturers make a completely different line of breaker specifically for competitor panels. Their regular breakers are not cross-Classified for competitor panels, so an Eaton BR is not allowed in a Siemens panel, even though Eaton CL type is.

Eaton and Siemens both make UL-Classified breakers for QO panels, but unfortunately that does not solve your problem.

The key is don't confuse "main breaker" with "bus rating". Getting 70A of solar on a consumer panel needs exactly a >=225A bus rating but exactly a 200A main breaker. Unfortunately, QO's catalog numbers suffer from this very confusion.

Sidestep the problem with a "Solar-Ready" meter-main

Solar-Ready meter-mains have a neat trick. Above the main breaker, on the supply side, they either provide a direct tap or a second breaker.

By putting the solar power on the supply side of the main breaker, this entirely moots the 120% rule and you are free to run up to 200A of solar.

Noting that you are looking for a combo meter+main+all breakers (why??? they're awful) panel, those are sold in "Solar Ready" versions by someone or another. That goes far to explain why Square D will never make a combo panel with oversize busing, the only use for that is solar, and Solar Ready panels do a better job of filling that need.

Make your own Mega-Solar-Ready panel

A "Ranch Panel" is a variation on combo panel. It has meter + main + only 4-8 breaker spaces + thru lugs intended to go to a master panel elsewhere which will have all your breakers. "Elsewhere" can be 1 inch away.

In the 4-8 breaker spaces you install all your solar breakers - up to 200A of solar!

Off the "Thru Lugs" you go to a Regular Old main breaker panel with 200A busing. All your regular loads go there. Is the main breaker redundant? Not at all. It solves the 120% problem for both panels! This panel can't pull more than 200A obviously, but neither can the Ranch Panel. Crunch the numbers and see.

Since the Ranch Panel only serves solar, it doesn't really need to be QO type.

Abuse a 400A meter-main to same effect

With power company permission, install a 400A meter-main. These have two 200A breakers, with one being an optional add-on, allowing you to choose its size. The optional breaker you send to your solar. The other 200A breaker serves a Plain Old 200A main-lug panel where you put your normal loads. This panel can be anywhere, including 1" away from the meter-main.

They also make 400A ranch panels, which is simply a 200A ranch panel with an extra site for another optional 100-200A main breaker. This breaker could be used to feed the solar, or, you could flip the script and use the "mini-panel" for solar, and have the solo breaker feed a plain old main-lug panel for your loads. Just another way of doing the same thing.

I would steer you away from a "combo panel". The problem is down the road. If you outgrow the panel or it becomes damaged or you run into obsolescence... now what? Your only option is a huge production: replace the whole thing, which requires the power company come and disconnect your service wires, permits, inspections, whole nine yards. With another costly $1000 combo panel, instead of simple cheap separates.

Whereas the more you have separates, the more liberty you have to simply change out the one thing that is not working for you. Classically, people would run out of "breaker spaces", and that's particularly acute with all-in-ones, which give shamefully few breaker spaces to limit vertical size. Many are advertised as "16/32" meaning 16 spaces 32 circuits, but guess what - that "32 circuit" number is malarkey, since most circuits need full-size breakers now. Also, we're expecting a "smart grid" in the next 10 years - panels like Span are already doing it, and we expect that to retrofittable into existing panels. But the tech may not physically fit in QO's smaller package size.

All that to say, I'd rather see you get a meter or meter-main, and a plain old 40-space master panel for your breakers, than try to reduce box count by 1 with an all-in-one.

Remember your solar needs to have Rapid Disconnect in any case, and with microinverters, any of my suggestions above will handle that for you without an additional box.

Following new info that this needs to be a meter/main, it appears that 400A meter mains are your only QO option above 200A, so, there are 17 results, I chose the second page to show, they are all kinda spendy. 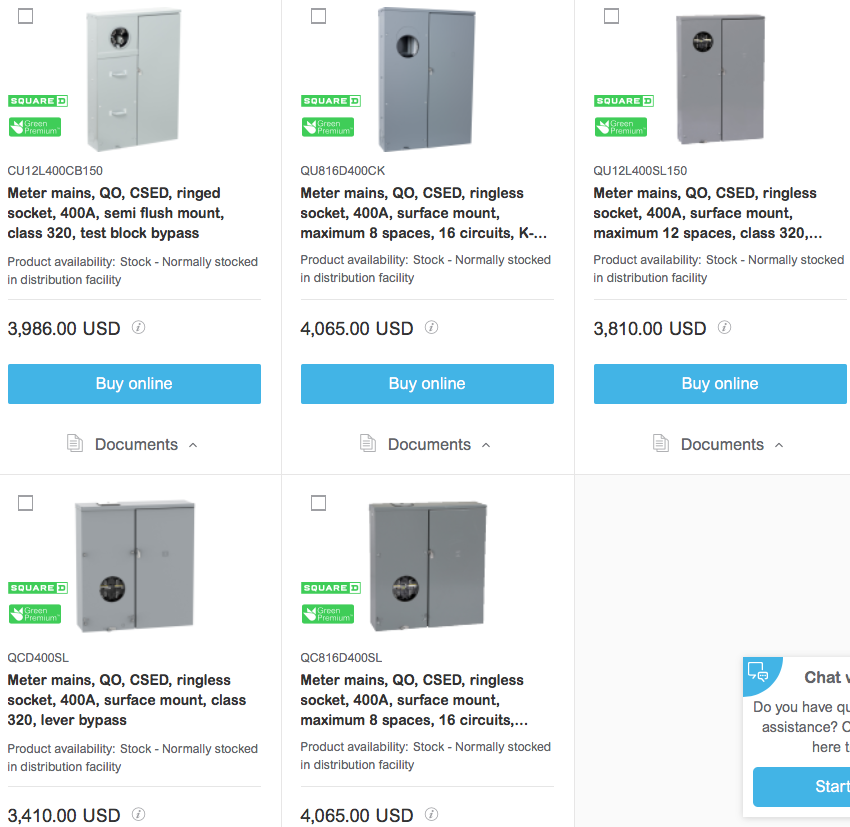 (Prior to "needs to be a meter/main") False premises, as far as I can see. I see two 3 phase panels and three single phase panels when I limit search results to QO, Main Breaker, 225A at Schneider's web site. The prices are full list price circa 2022, of course. You might do better in practice. No affiliation other than I have a pair of QO panels myself (boring old 200A units.)

There are cross-listed breakers for QO panels from other makers, I'm not aware of any other maker for the panels, but I might learn something new-to-me if someone knows otherwise. 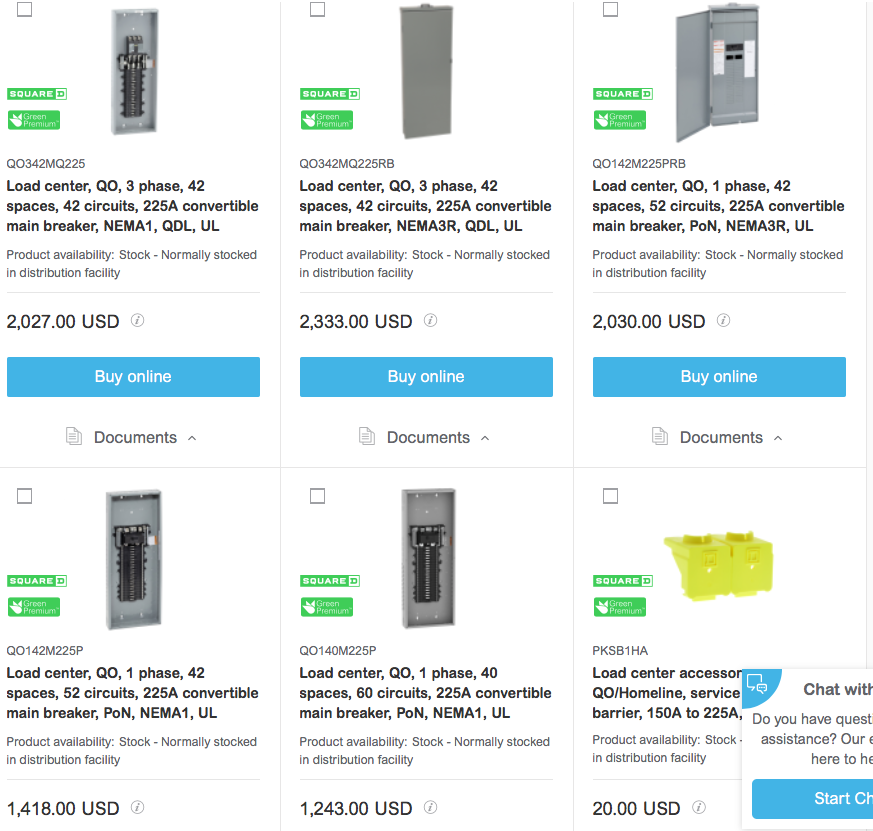