I am trying to properly place the Wifi router and AT&T gateway with 'Structured Media Enclosure' (essentially a metal box) and having a heck of a time arranging an otherwise basic setup.

So the WiFi components should NOT go into the metal box, but there are also no power outlets next to 'Structured Media Enclosure,' which leads to adding an outlet next to it and another outlet for the ethernet cables going in/out. So now we have a bunch of wires plastered over the wall.

I am here to ask if there is a better way: requiring fewer modifications and hiding more of the wires into the wall?

Here is a diagram of what I see as required: 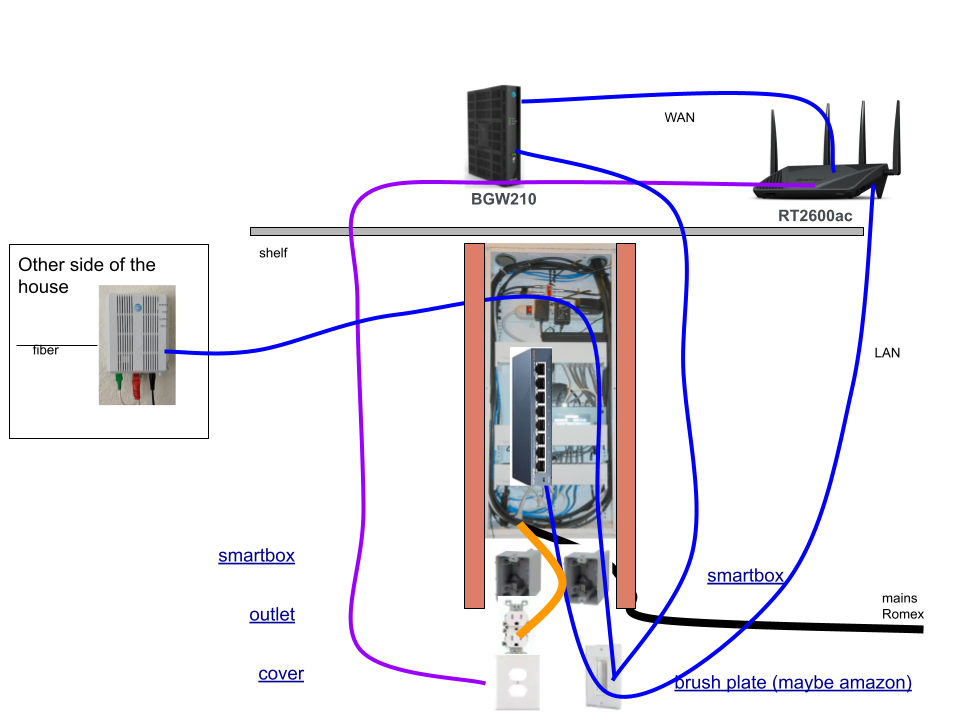 If the builder put that structured media enclosure in place, then they obviously provided at least a few runs of inside wire (Cat 5/6/etc). Might as well put it to use.

Because those wiring enclosures are often in places that aren't optimal for WiFi coverage (often shoved in a garage/basement/closet at the corner of the dwelling), I usually locate the WiFi access point somewhere else in the house - usually a bookshelf or other piece of furniture that can be placed in front of an existing Ethernet jack. Then locate the WAN router inside the enclosure.

Doing it that way, you'll be able to choose the location for optimal wireless coverage. Plus, you'll likely be upgrading/replacing your WiFi gear before you want to go back and reconfigure that enclosure anyway.

Of course, that won't work if your WAN gateway and WiFi access point are the same device, but the way you have it drawn, you have them separate so that's the way I structured the answer. 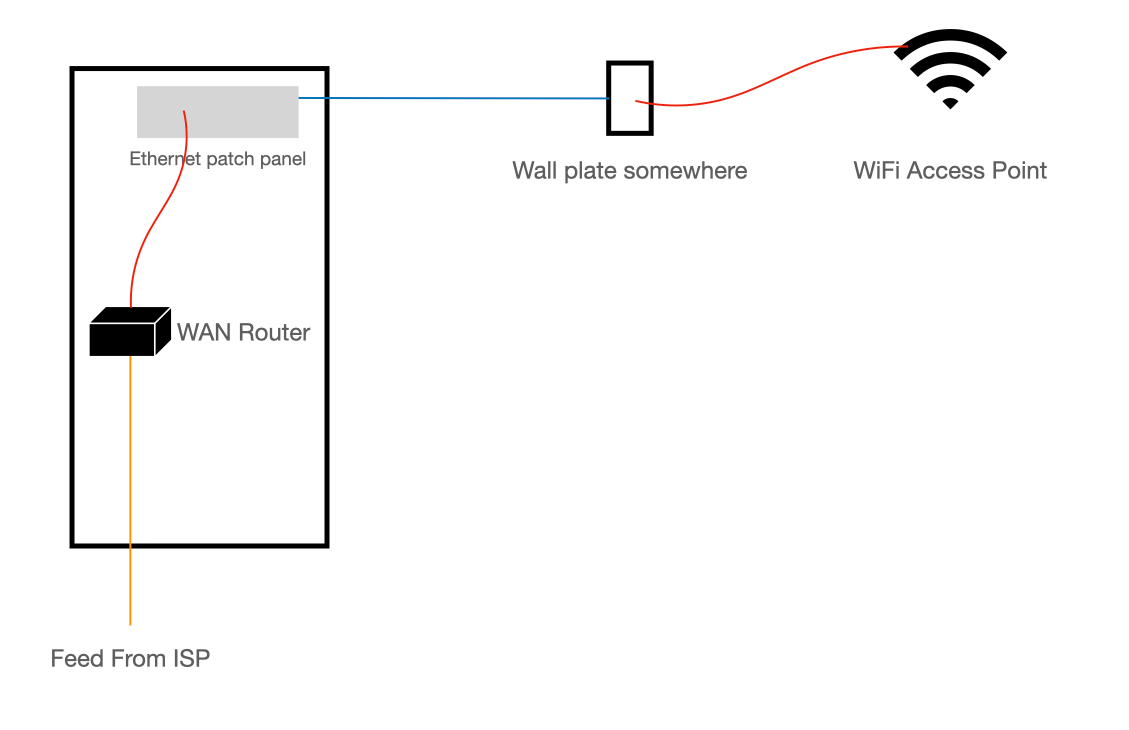 Getting any deeper into network design puts us into another SE, but that's the basics of what I would do.

if your router has screw in antennas (or a spot to connect one) you can use a wifi antenna extension cable. (or buy an antenna with such a cable attached)

That way the router can remain inside the metal box but the antenna itself can be outside the faraday cage. This is only a single thin wire that could even sneak out a notch in the enclosure's door frame.

Here are a few options:

Another option is to do away with the metal enclosure and install a plastic one. This should be translucent to radio waves.

This may have code dependencies if your region specifies metal casing for power etc, so be mindful of that.

4
Where would my cable modem go based on this structured media enclosure's components?
1
Adding C wire to WiFi thermostat
0
Is there a problem with a media enclosure box in a laundry room?
2
Adding a electrical outlet in a closet for wireless router
9
Any reason not to put a structured wiring enclosure directly next to the house main breaker box?
2
240V wiring question. Adding a wifi switch with only a 240v circuit available