How should I install slab doors when the jamb has been drywalled over?

All of my bedrooms have 36" cupboards with bi-fold doors that I want to replace with two 18" double-doors. All of the door jambs are covered in 1/2" drywall. I've made a few test holes and there seems to be solid wood behind it, but I don't know if this is just some 2x4's or if it is a solid piece more appropriate to be exposed as a jamb. 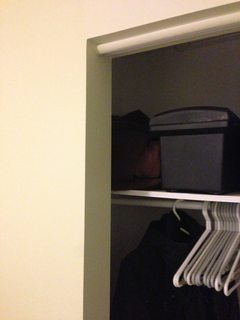 I will be installing trim around the door once complete. The depth of the current frame (drywall to drywall) is 5 7/8".

Buying two 18"x80" doors is preferred since they are cheap and available at my local home improvement store but I am willing to compromise.

I'm looking for what is the best way to prepare this frame in order to hang doors. My first instinct is that I need to remove the drywall so that I can properly mount and mortise the hinges, but I'm not sure... Things I have considered:

1) Removing the drywall, finding lumber that has a nominal thickness of 1/2" and having it ripped to 5 7/8" and installing it as a jamb on each side. I don't have a table saw (yet) so this this either means careful work with a circular saw or paying a store to do it..

3) Taking the really lazy way out - use non-mortise hinges right on the drywall. I know I'll regret this.

Am I missing something obvious or easier?

Before you get started carefully evaluate if you really really want to have a pair of doors that swing out 18" into the room. In many bedrooms this is likely to be a less than desirable thing to have. If you are having a hard time visualizing what this would be like then you should get some large cardboard boxes and make up a fake set of the doors and duct tape them in place for a few days. Then with normal usage of the room you can swing the fake doors open and shut to see if the 18" interference is a pain or not.

Do not try to install the door hardware right on the top of the drywall. You will indeed regret doing that sooner as opposed to later.

The really correct way to do this is to remove the banding drywall material. (This will likely be more work than first guess because there is highly likely to be metal corner pieces installed on each corner of the opening). You would also remove the banding drywall at the upper side of the opening along with any previous door track hardware. Then you would fit in new boards to make a proper jamb for the doors. These will want to 3/4" thickness and not the 0.5" thickness that you proposed. Proper door fitting will demand that there be a small gap between the jamb and the exposed stud faces. The gap is used to allow the adjustment of the jamb opening so that it is perfectly square and plumb. Tapered wood wedges in the opening help to wedge the frame one way or another.

After the jamb is in place the trim is installed across the gap to bridge over the space from the jamb out over the drywall.

You should also plan for installing door stop molding which gives an edge for the doors to close against.

I've added a couple of pictures to my answer to show the advantage of bi-fold doors in terms of how they project out into the room less than full swing doors. First off you would want to use a pair of bi-fold doors per opening for optimum usage. The second point is that the pivot point for bi-fold doors can often be recesed into the opening which lessens the projection distance into the room. The latter comment would also apply to a single bi-fold door application as well. 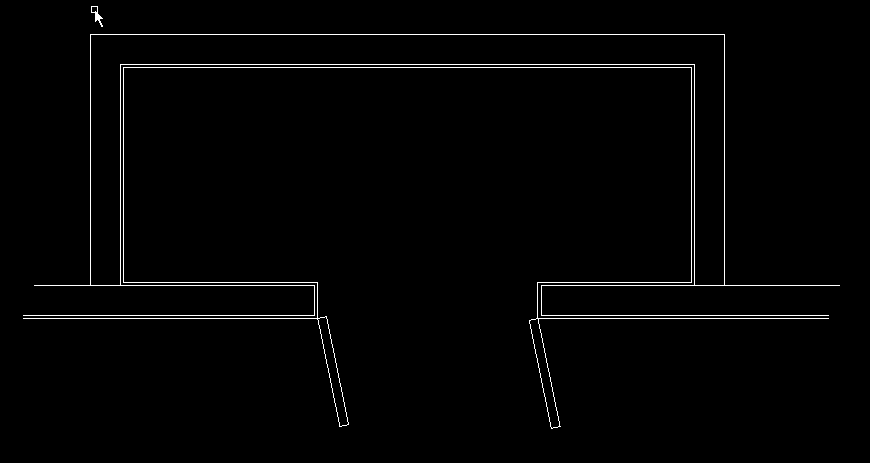 I can appreciate the fact that bi-fold doors use up some of the opening width. For your most often used closets you may want to consider the possibility to widen the opening which of course is not a trivial project. But then what is the price of convenience.

Also closets with deep blind ends are indeed a pain to make use of. Often it can be advantageous to re-fit the closet pole in such closets so that they go across from the front to back of the space at the ends so it is easier to take hung garments in and out.

This is probably not a good idea but I will suggest it anyhow.

You could mount 2 doors like they are bifold doors with pivots that mount in the floor and ceiling like your current door. You will need to add a stop in the middle so they don't swing into the closet. the drawback from this method is that like the bifold doors they will block some of the opening when the doors are open.

To see if you like it you could take the existing bifold doors and separate them and get a second pivot for the other side (a search for "bifold door pivot" turned up the hardware you would need).

1
How do I replace a storm door when I have a cracked door jamb?
8
Do I need a wood hardener for worn door hinge screw holes?
2
How should I install a door that is not pre-hung and has a custom jamb?
3
How can I install these pre-hung doors?
2
Are these doors installed correctly, and are they secure as they are?
3
Exterior door jamb construction
2
How much gap is allowed between the door and striker plate
1
To which side should a bi-fold door open?
1
How to install door security guard on metal door jamb?
0
Does the door jamb head go between the door jamb sides or above