Is it safe to install a three pronged cable into a four pronged dryer?

I just moved into an old home that has a three pronged wall jack as shown below: 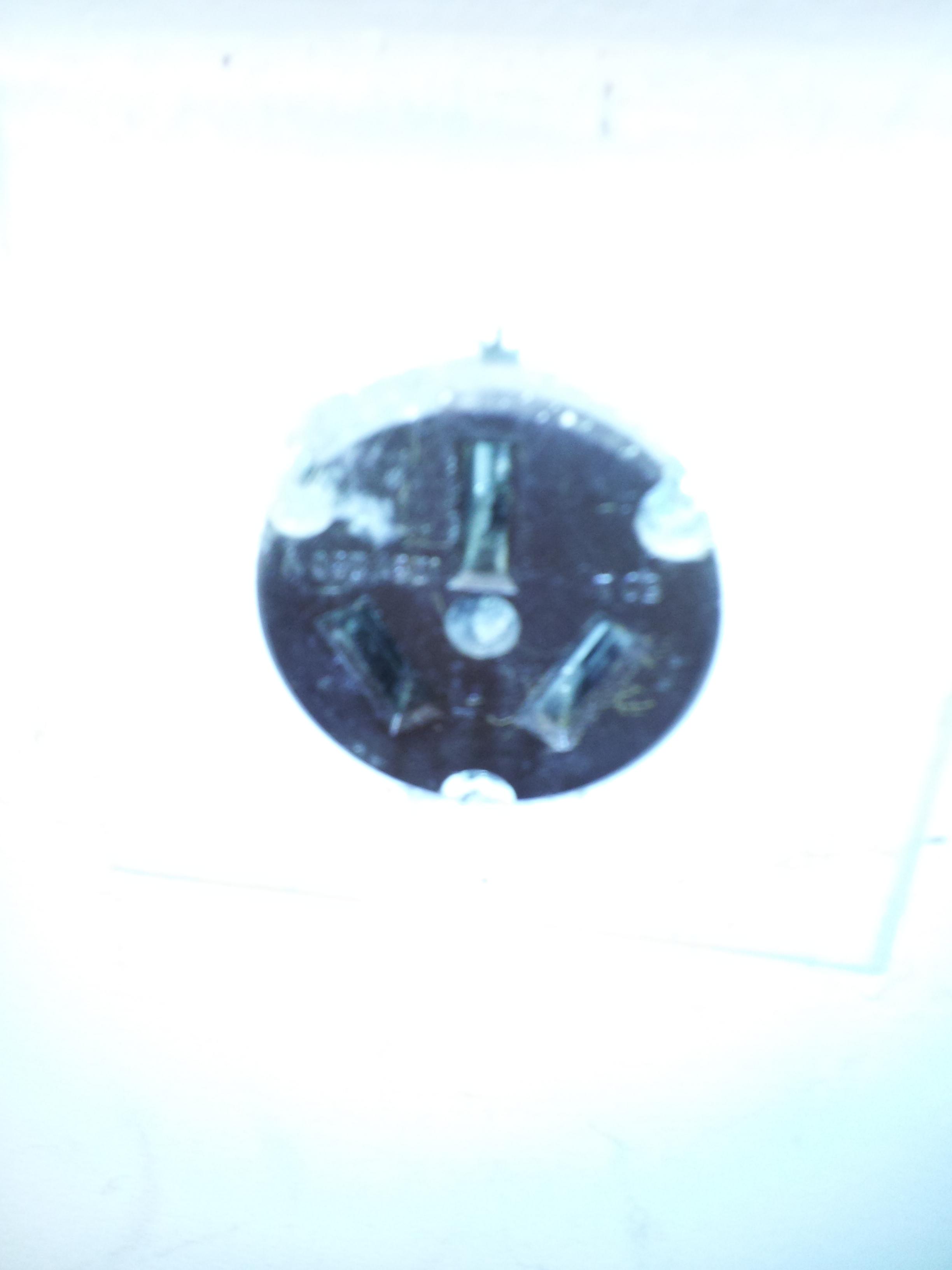 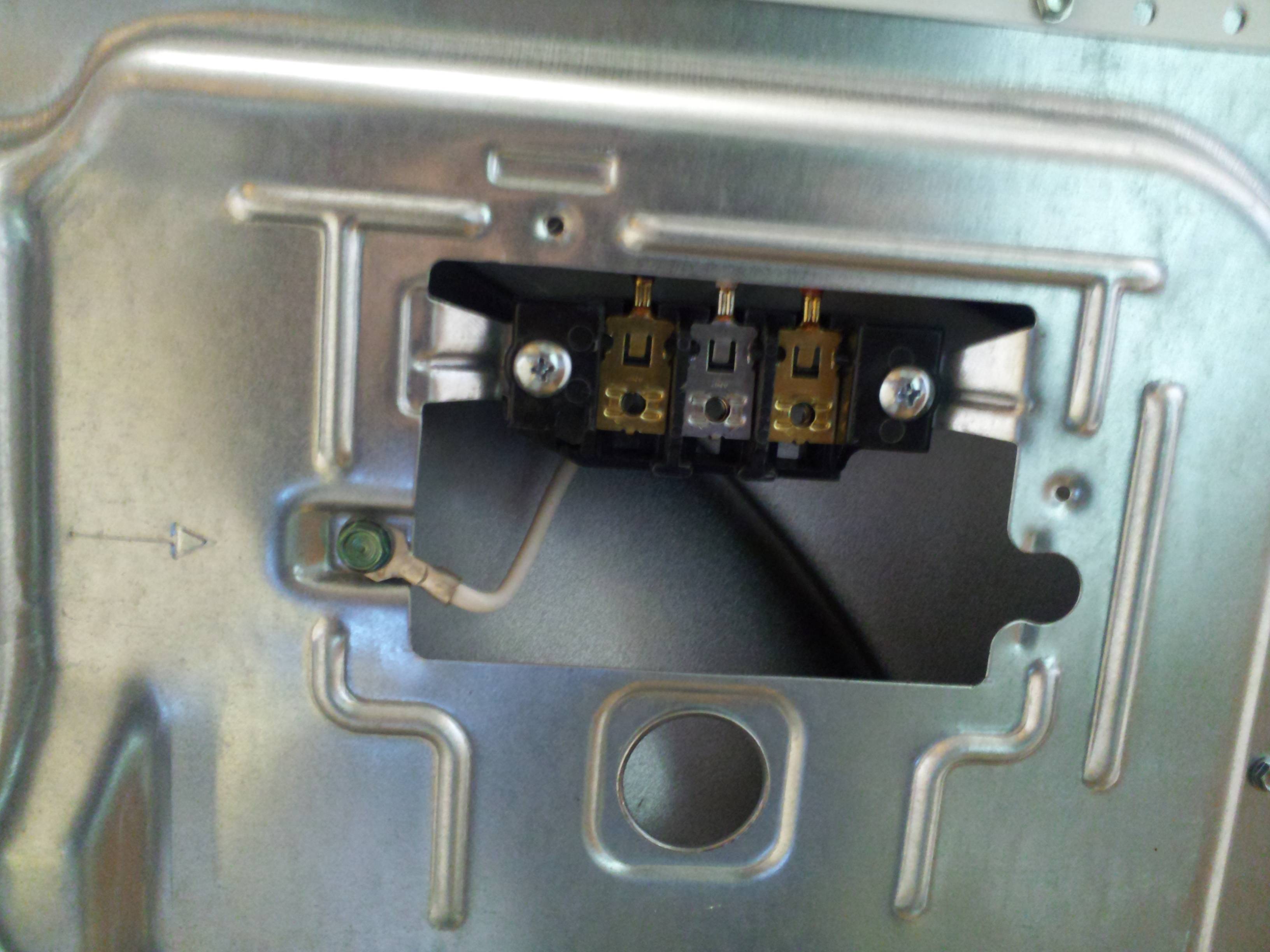 I bought a new three pronged cable from home depot. Can I put that cable into this dryer and simple connect it to the wall? Is that safe? Will it work? If so, what do I do about the spot for the grounding wire? I would love to see a video/image of this being done.

In the past I've replaced a three pronged cable with a four pronged cable in a dryer and successfully connected it. But this time I'm trying to do the reverse..

I've fixed and already washed one round of clothes. Hopefully all is well :)

What you are doing is done all the time, and there is no problem with it, if done properly. The fact is these 3 prong receptacles still exists in many older homes, and there is no requirement to upgrade an entire circuit simply to plug in a device. If you go out and purchase a new electric dryer, the seller will ask if you have a 3 or 4 prong receptacle. They will then sell you the appropriate cord, based on your answer (if you don't know, they'll probably sell you both and tell you to return the one you don't need, or offer their instillation services).

From a random whirlpool manual: 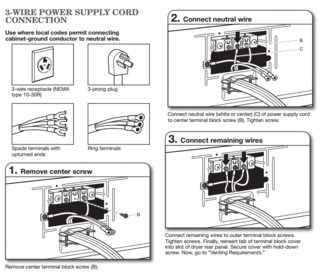 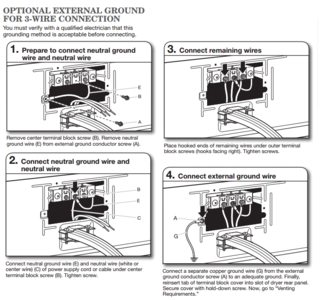 Here is the applicable code section:

Frames of electric ranges, wall-mounted ovens, counter-mounted cooking units, clothes dryers, and outlet or junction boxes that are part of the circuit for these appliances shall be connected to the equipment grounding conductor in the manner specified by 250.134 or 250.138.

Exception: For existing branch-circuit installations only where an equipment grounding conductor is not present in the outlet or junction box, the frames of electric ranges, wall-mounted ovens, counter-mounted cooking units, clothes dryers, and outlet or junction boxes that are part of the circuit for these appliances shall be permitted to be connected to the grounded circuit conductor if all the following conditions are met.

Here is the handbook commentary:

The exception to 250.140 applies only to existing branch circuits supplying the appliances specified in 250.140. The grounded conductor (neutral) of newly installed branch circuits supplying ranges and clothes dryers is not permitted to be used for grounding the non–current-carrying metal parts of the appliances. Branch circuits installed for new appliance installations are required to provide an equipment grounding conductor sized in accordance with 250.122 for grounding the non–current-carrying metal parts.

Prior to the 1996 Code, use of the grounded circuit conductor as a grounding conductor was permitted for all installations. In many instances, the wiring method was service-entrance cable with an uninsulated neutral conductor covered by the cable jacket. Where Type SE cable was used to supply ranges and dryers, the branch circuit was required to originate at the service equipment to avoid neutral current from downstream panelboards being imposed on metal objects, such as pipes or ducts.

In addition to grounding the frame of the range or clothes dryer, the grounded circuit conductor of these existing branch circuits is also permitted to be used to ground any junction boxes in the circuit supplying the appliance, and a 3-wire pigtail and range receptacle are permitted to be used.

Exhibit 250.55 shows two examples of existing installations in which Type SE service-entrance cable is used to supply ranges, dryers, wall-mounted ovens, and counter-mounted cooking units. Junction boxes in the supply circuit are also permitted to be grounded from the grounded neutral conductor. In the bottom diagram the service-entrance cable installed from the feeder panelboard to the range or clothes dryer outlet contains an insulated grounded conductor to prevent incidental contact between the conductor and metal enclosures. Such contact could result in current being introduced onto circuit paths other than on the intended path, which is the grounded (neutral) conductor.**

I know that this is an old post - but I have been working a similar issue using my 3 pin older 10-30R dryer outlet for my electric 240Volt Car (Chevy Volt) charger. The only difference between the new standard (1996 to present) receptacle which is a 14-30R - 4 wire 30amp/240 volt and the 10-30R - 3 wire 30amp/240 volt receptacle is the missing ground pin. THAT DOES NOT MEAN there is no ground wire hidden inside the junction box containing the receptacle - it is there 99.9% of the time unless someone cut it off the cable. The Electrical Cable whether ROMEX or old fashioned Metal covered BX has a GROUND wire (the metal shield if BX or a bare ground wire if Romex) - just move it from wherever it is connected (usually to the metal junction box mounting screw) and extend it to the NEW REPLACEMENT 14-30R Receptacle that you should have purchased from wherever you bought the dryer (or you can get it at Lowes or Home Depot) - we are talking about $11 bucks, there about - this will give you your 4 wire/4 pin connection (Hot - black, Hot - Red, Neutral - White and bare copper- Ground) right at your outlet - no need to run an extra wire from inside the box to the dryer. Put back the 4 Prong cord that came with the dryer - make sure no bond from white to ground and be done with it - cost is minimal and a much neater and safer way to do it. What am I missing? Also - your receptacle is either 240 or 120 cannot have both in the same box. Maybe I did not understand what you meant by that statement.

I have Moved a dryer with a four conductor cord into my home that has a 3 prong outlet. The outlet provides 240V and 120V. The house wiring for the circuit provides the two hots, the neutral, and a ground wire. the ground wire is bonded to the outlet box. I replaced the cord with a 3 prong plug and attached an external ground wire to the connection of the fourth cord wire (ground) and bonded the other end of the external ground wire to the ground wire in the outlet box. I left the internal bond wire where it was for the four wire cord. This installation IS directly equivalent to the four prong installation.

As you can see, these two circuits are the same. 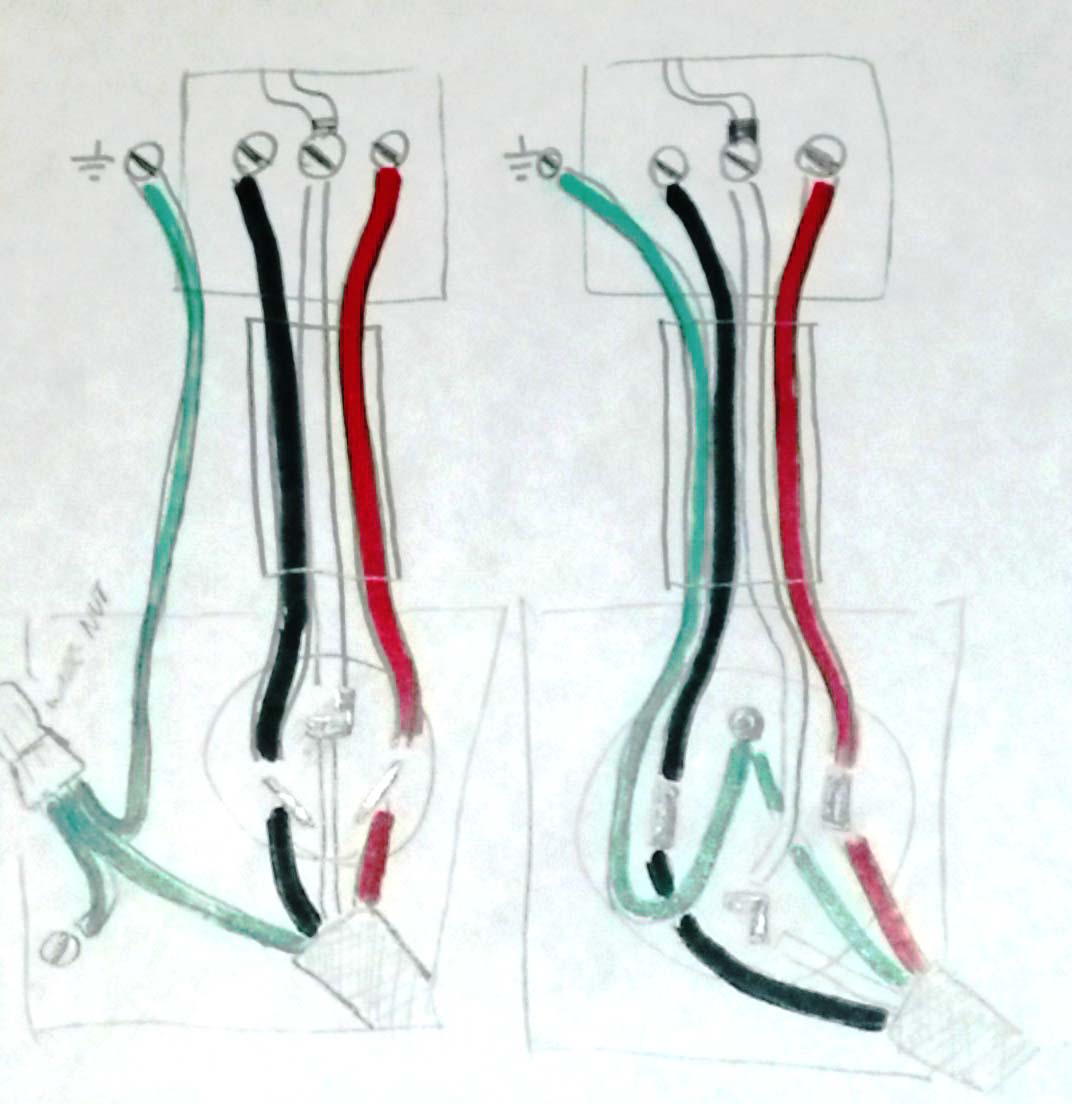 Not the answer you're looking for? Browse other questions tagged electrical dryer wire or ask your own question.

-1
issues with dryer cord
13
Where does the ground wire go in a 3-prong dryer cord configuration?
1
Where in the breaker box should I terminate the neutral wire from my dryer circuit?

7
How do I connect a dryer with a four prong plug to a three prong socket?
3
Can I blow dryer exhaust into a pillow case or sheet?
2
gas line location for natural gas clothes dryer
2
Converting a Samsung Dryer from a 4-prong cord to a 3-prong cord?
4
How do I plug my three prong dryer plug up when I have a four prong outlet?
3
Is this an alternate vent connection for my clothes dryer or does it serve another purpose?
3
How should the ground wires be connected when changing my dryer's power cord from 3 prong to 4?
1
How to use non-standard dryer outlet?
2
Why did the dryer stop working shortly after moving and changing cord to four prong?