I have a new Honeywell thermostat that says it is compatible with oil furnaces, but I just took off the old rotary one and it appears there are only two black wires. I assume this will not work, correct? I will need one that is used for baseboards? 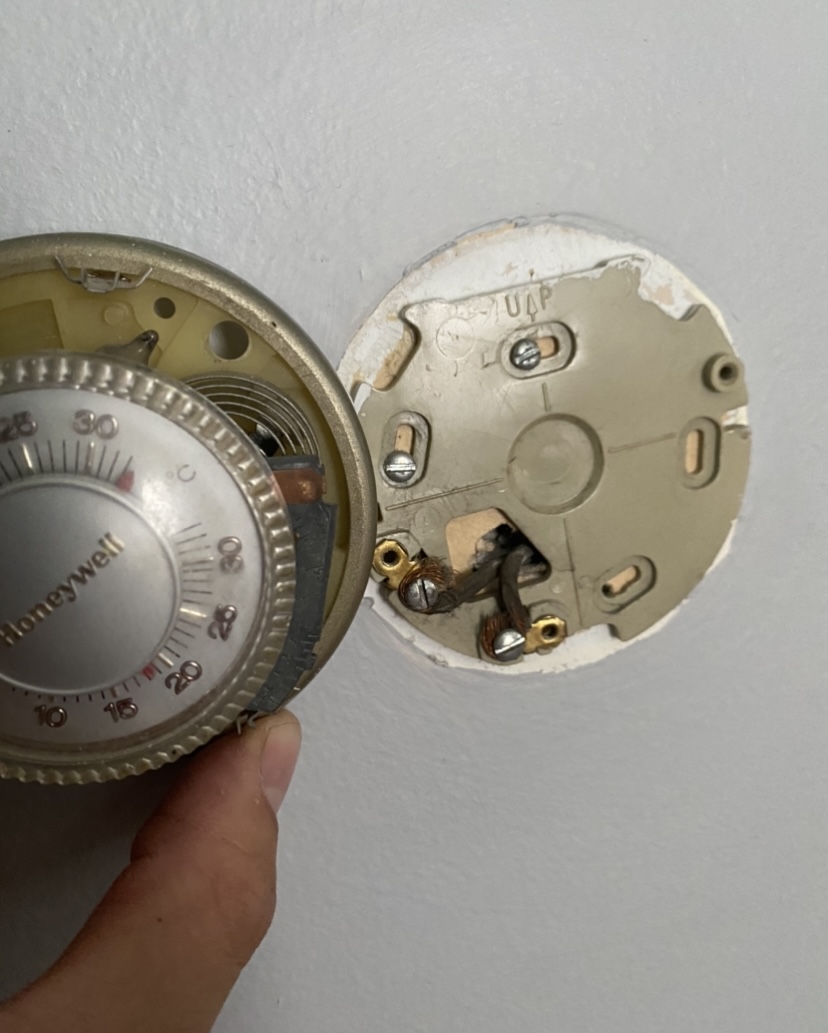 This old thermostat is clearly a low-voltage model. If it had been used in a high-voltage control system, the terminals, the mercury bulb, or some other part would have failed well before the plastic had time to become so yellowed or the wall had accumulated at least three different coats of paint! The thermostats that are used for controlling baseboards are usually high-voltage thermostats. You don't need one of those.

Yours appears to be a heat-only system. These are the simplest kind: a person (or a thermostat) simply shorts those two conductors together to call for heat. The furnace responds by firing its burner and operating the fan until the conductors are separated, indicating the call for heat has ended.

HVAC controls traditionally conform to a color code in which the function of each conductor is indicated by the color of its insulation (red, white, yellow, green, blue, and sometimes more). For heat-only systems only the red and white are needed, but often (especially in older installations like yours) installers often do not bother themselves about the two colors.

So, in your case, simply choose one of the conductors and wire it to the R terminal of the new thermostat. Connect the other conductor to the W terminal. Finally, power up the thermostat and test!

Not the answer you're looking for? Browse other questions tagged electrical wiring thermostat heating or ask your own question.