I want to hopefully have 1 switch control 1 floodlight independently of each other. Want Ring floodlight outside FamilyR (will always keep on) Will put new floodlight with motion sensor outside MasterBed to hopefully keep on or off as we choose.

Two floodlights outside. Switch in family room and switch in master bedroom. Turned off the family room circuit breaker and the switch in the Master Bedroom is also no longer hot. These were meant to both turn on with either toggled up and down quickly. If MasterB is off you can simply turn Family switch to on to have it stay on. That is my recollection of function. 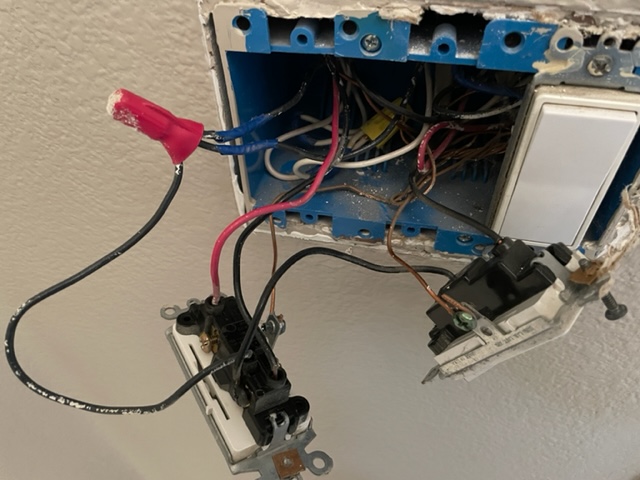 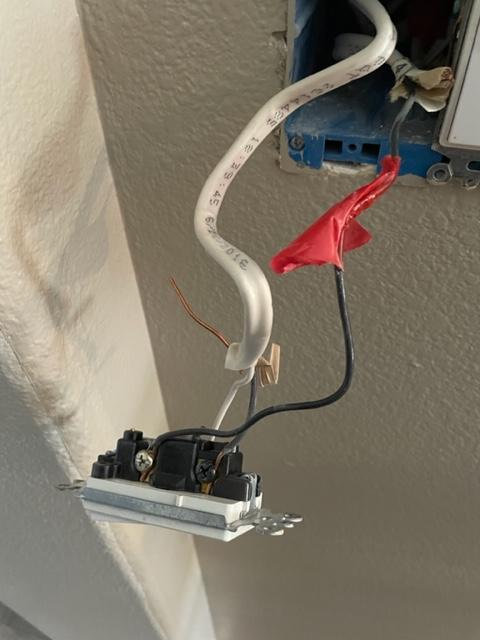 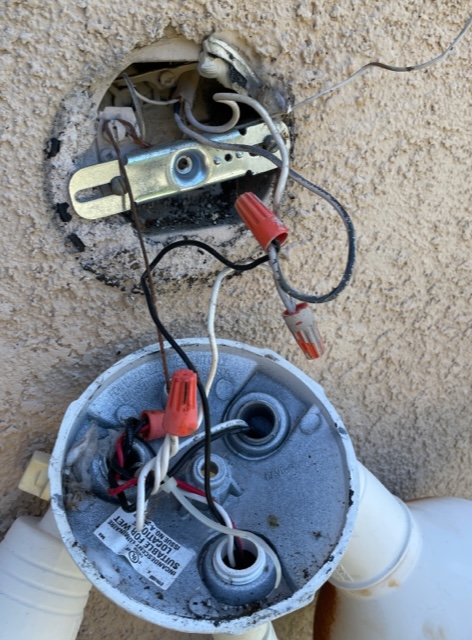 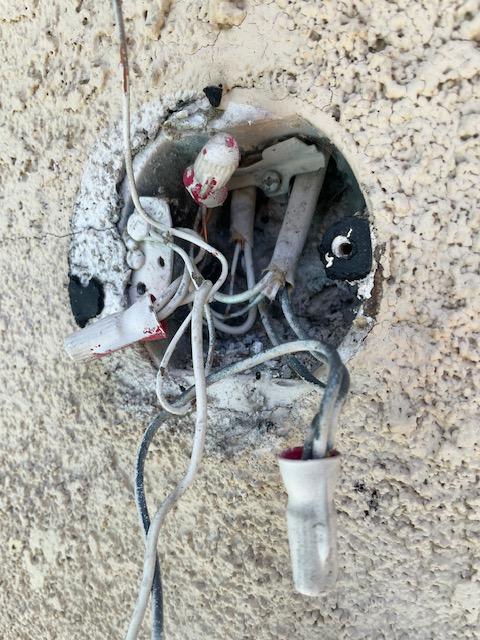 But wait in the Master = (three wires = hot, neutral, one traveler?) Wire all three together or which two of the three?

Kyle Switch plates. Thanks for that. Have not seen that in stores or in the wild!

Correct, not without either smart switches or adding new wires.

Unless there is a need for a switch at MasterB for the floodlights (which I doubt), you can remove the switch and connect the wires inside the box and put on a blank plate. (Or really confuse the next owner by connecting the wires but leaving the disconnected switch in the box.)

The three wires at MasterB are 2 travelers (coming from FamilyR) and 1 switched hot. You could connect them all together, but preferred would be to figure out which traveler you really want to use (based on FamilyR switch position) and connect that to the switched hot, and cap the other traveler on both ends (MasterB and FamilyR). See below for more details.

You could do that. I'd probably go with: leave one switch in place and put a cover over it to prevent nuisance trips (easy for toggle switches, like this one from Amazon, but some options for Decora too), remove the other switch.

Normally (but can't tell 100% sure from the picture) that is to chain power between devices. Perfectly normal.

Yes. For example, Kyle Switch Plates has just about every combination you can imagine.

Based on the picture of MasterR, there appears to be a major problem with the existing wiring. There is a 2 wire cable (wire counts in cables ignore ground) providing the travelers for the switch. They are marked with blue tape (reasonable) in FamilyR. But they are either (hard to tell in the pictures) two blacks from separate cables (no good - all travelers must be in the same cable) or black and white from one cable (OK) with a black by itself as switched hot to the lights (which I think is the case based on the red tape in MasterB). The problem is that you have to have the currents balance between the wires in a cable (or conduit, for that matter). The typical methods all use a three wire cable (black/white/red). Typical setups are:

What it appears you have is switched hot traveling separate from its partner neutral and separate from the travelers (the white in the cable not used). You can't do that.

So some additional research is needed - carefully picking through the tangled mess of wires - to diagnose, and very likely repair, this problem.

The good news is that removing the 3-way switching capability will very likely save you from having to run a new cable to be code compliant.

8
How is it that two breaker switches control the same things?
0
Three-way switch problem, potentially faulty
0
Floodlight randomly, dimly lights even when lightswitch is off
1
How can I control two lights together at one switch location and independently at two other locations?
0
Retrofit motion sensor to multiple switch, multiple fixture floodlights
0
2 light switches controlling one light fixture?
0
Fan and Light Switch Reversed
0
How can I eliminate a 4-way switch and still have two 3-way switches operating the lights?
1
How to wire two separate switches off one main 4-way switch