How do you call these three different kinds of air source heat pump?

What is the name of each of these three formats (or form factor) of air source heat pump outdoor units? 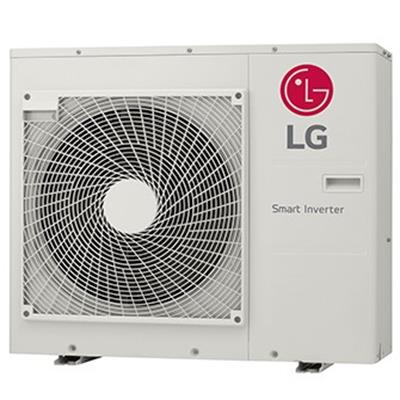 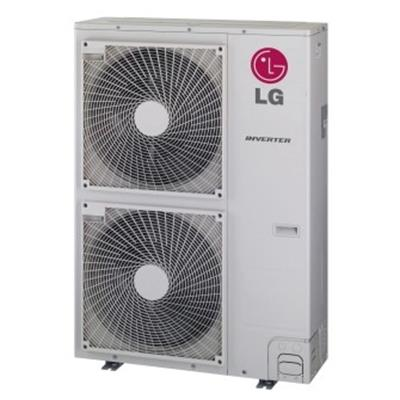 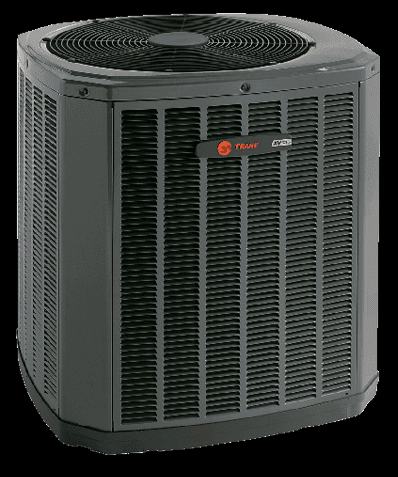 Tried to get models that are relatively close in terms of functionality. It's understandable that larger models can have more capabilities but I'm posting this to try to factor this out, and get the name of the form factor.

Some manufacturers label their heat pump as ductless but how do they know if I'm using ducts or not? Or is a ductless heat pump referring to the usage of refrigerant line-sets to indoor fan coils? Isn't that 100% of all the heat pumps though? There doesn't seem to be a type of heat pump that directly cools or warms the air then pushes that air straight into ducts in the home. So it can be concluded that ducted vs ductless refers to the overall system, and has nothing to do with the form-factor of the outdoor unit.

Seems like some people tend to apply the word 'mini-split' to the first one but from my research mini-split just refers to the fact that each indoor unit services a single room instead of the whole home. Seems to be a catch-all that covers both 'single-split' (1 outdoor unit, 1 head) and 'multi-split' (1 outdoor unit, 2 or more heads) as long as the rooms being serviced are separate. So again, words like 'mini-split', 'multi-split', and 'single-split' refers to the overall system, and has nothing to do with the form-factor of the outdoor unit.

Inverter vs something that's not an inverter?

I was tempted to name the first two "inverters" and the Trane model an "older non-inverter" but according to this site the old Trane form factor is also an inverter.

One potential candidate in the factor of the naming is that the first two styles I posted above from LG appear to be very common among Asian-Pacific brands such as Daikin, Mitsubishi, LG, Samsung, Fujitsu, etc. That is not to say that North-American manufacturers don't also have this form-factor (Trane has the XV19 in this form-factor) but they don't seem as common.

How do you name these three different forms of heat pumps?

There isn’t a formally defined naming scheme that is consistent throughout the industry.

That having been said, the entire system would be called “ductless mini-split”. It has multiple components: an outdoor inverter compressor heat-pump, the refrigerant line sets, the indoor head units.

You’re correct that you could hook up one of those outdoor inverter compressor heat pumps to a line set that actually connected to a ducted air-handler with coil inside the home. In that case, you wouldn’t have a ductless mini-split system. You would have a forced-air heat pump system.

There are also other kinds of heat pumps. The most common ones that people associate with ductless mini-splits are called air-to-air, they also make air to water, water to air, and even water to water heat pumps.

A “heat pump” works like a refrigerator, except the inside of the “fridge” is your whole house. It acts as an A/C like a fridge cools its contents. If you run the refrigerant lines in reverse, it heats your house just like the fridge generates heat on the back and sides as it cools.

That Trane unit seems to only operate in cooling mode. It might also be a single zone system — which really just means only connectors for a single line set — which would mean it’s meant to be used with an air handler and coil inside the home. But it’s really fundamentally the same in terms of the physics of the LG heat pumps that you would normally use with a mini-split system.

1
Is a PTHP an HVAC option for a super or well insulated structure?
0
When is a variable-speed compressor HVAC unit worth the cost?
2
How do I estimate the energy consumption of a ductless mini-split A/C unit?
1
Ductless AC Initial Charge
1
Can you use a heat pump for hydronic radiant?
0
Run mini-split heat pump heads at different temperatures
0
Breaker setup for Trane 4 ton heat pump variable speed air handler without heat strips