Can I connect a vent pipe from a defunct waste drain to a different, active waste drain pipe instead?

My goal is to remove as much defunct plumbing as possible.

Here's a crude drawing (everything hidden but foundation wall and DWV pipes): 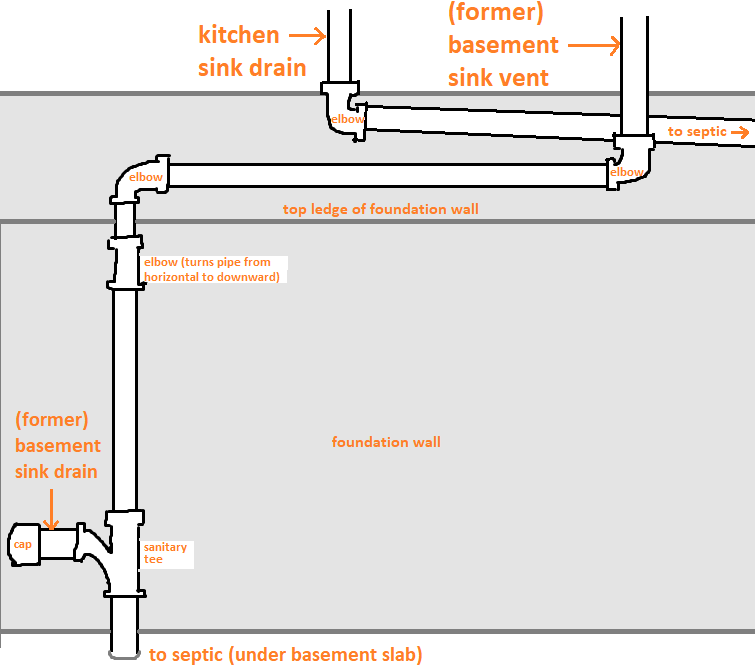 My plan is to cap the defunct drain pipe near the slab. Ideally I would then remove the corresponding vent pipe all the way up to where it joins with the kitchen vent, but that's not really feasible because I would need access behind drywall and cabinets in the kitchen.

So my next-best idea is to instead modify the defunct drain's vent pipe -- which happens to pass right by the kitchen sink's drain pipe -- so that it joins (and terminates in) the kitchen drain pipe, like this: 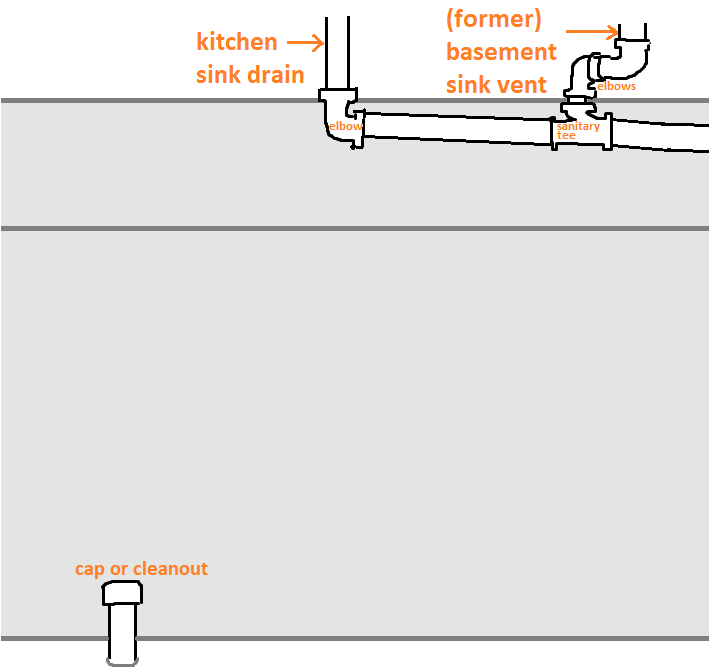 This seems like it would be acceptable since a similar approach is taken for long drain runs to prevent siphoning (multiple vents on a single drain).

The new sanitary tee might have to be a Fernco depending on how much wiggle room I have. Other than that I think this would be a straightforward modification. Can anyone confirm whether I am on the right track? Thanks!

0
What sizes of DWV pipe are commonly used for (very) small residential homes?
5
How can I vent a bathtub trap when the drain is routed under the tub?
0
Removing kitchen sink drain pipe from behind a wall
4
Can a sink drain into a shower venting pipe?
1
Help with drain and vent configuration