How should I extend rim joist for deck extension?

Background: I have a 6yr old new construction home. A small deck (roughly 9x9 if you exclude the stair cut out) was built just to come out from the kitchen. The house has a garden view basement, because the house is built on a slope.

Objective: I'd like to extend the width of this deck about 16-17ft, and basically keep the old deck, minus the railing at the side I will be extending.

Currently the deck is connected to the house by a ledger board, and then the front uses slotted 6x6 posts to support the rim joist.

What would be the best way to extend the rim joist into the new deck? I haven't built a deck before, but I would like to tackle the job myself. I do plan on submitting a permit and plans next week to my city's building department.

Here is a picture of the original deck when it was first built to get an idea of what I'm working with. 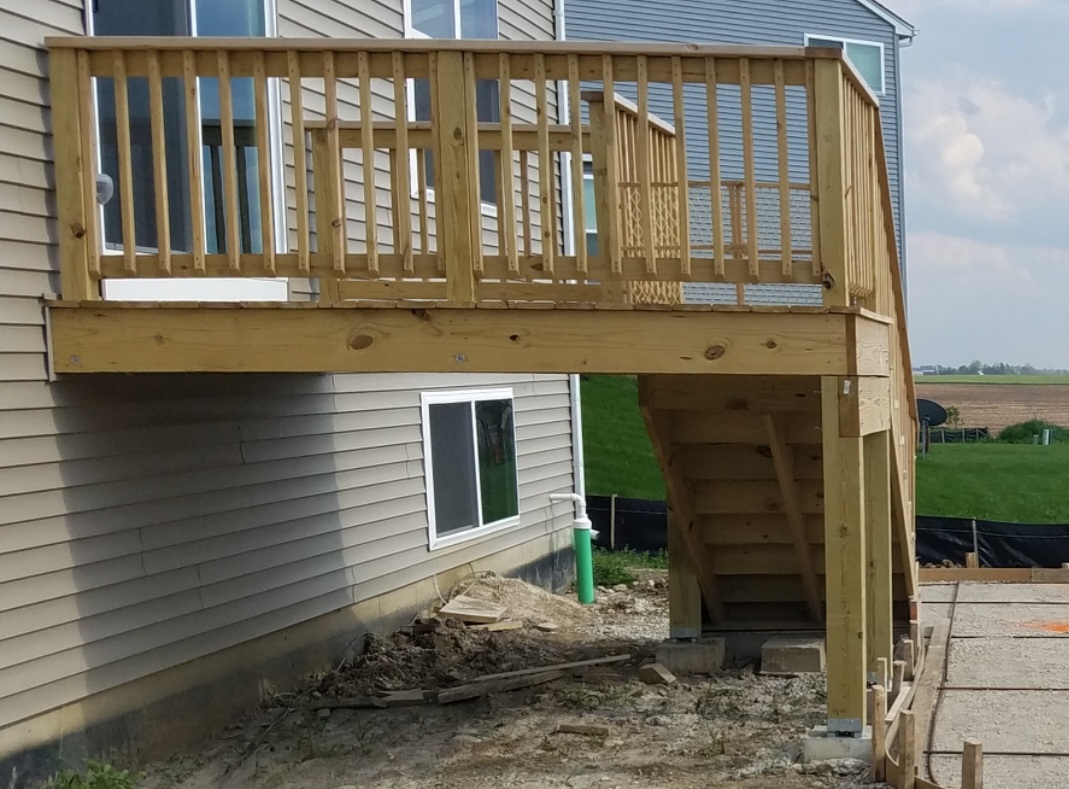 It should be acceptable to cut back the existing rim joist and ledger to allow supporting one corner of the extension on the same post. assuming the post and footing are sufficient for the added load.

3
What is the right way to mount a support column to a deck and to a header?

2
Attaching a ledger board - only partial rim joist
3
Should there be waterproofing between the rim joist and ledger on new construction?
2
Attach rim joist to post supporting roof
1
Where is the ledger supposed to attach to the rim joist?
1
How to frame the side cantilever joist for deck?
1
How to connecting addition frame to existing rim joist
1
Stacking two 6x6 posts for two story deck
5
What is the best approach to repair outside cantilevered wood deck joists with dry rot?
0
Proper Method of Beam to Colum for two story column?