How can I unbend a bent furnace filter slot?

I recently bought a new home. When going to change the furnace filter, I couldn't get the original furnace filter out of the slot at the last part of the filter (where the cardboard border is). Since it was a cheap used filter, I wasn't too worried about destroying it, so I just kept yanking while holding the air duct in place, and eventually ripped it out. After removing the old filter, I noticed that the top lip of the furnace filter slot, going into the air duct, was bent downward a little bit. It's not bent a lot, but enough that the cardboard will get caught while removing the filter. It is a major pain.

I tried getting a hammer in the tight (1") opening, but I couldn't seem to do anything with a hammer. I tried bending the metal metal with my hands, but the metal would just go right back to where it was originally. I want to get a nice permanent electrostatic furnace filter, but I am scared that I will put it in there and never be able to get it out to clean it. Cardboard will rip and break, metal will be a little harder to destroy to get it out of the air duct. Does anyone have an idea on how to fix this problem? I really don't want to have someone come out and replace the air duct just for one small bent piece of metal. Below is a picture of the setup. 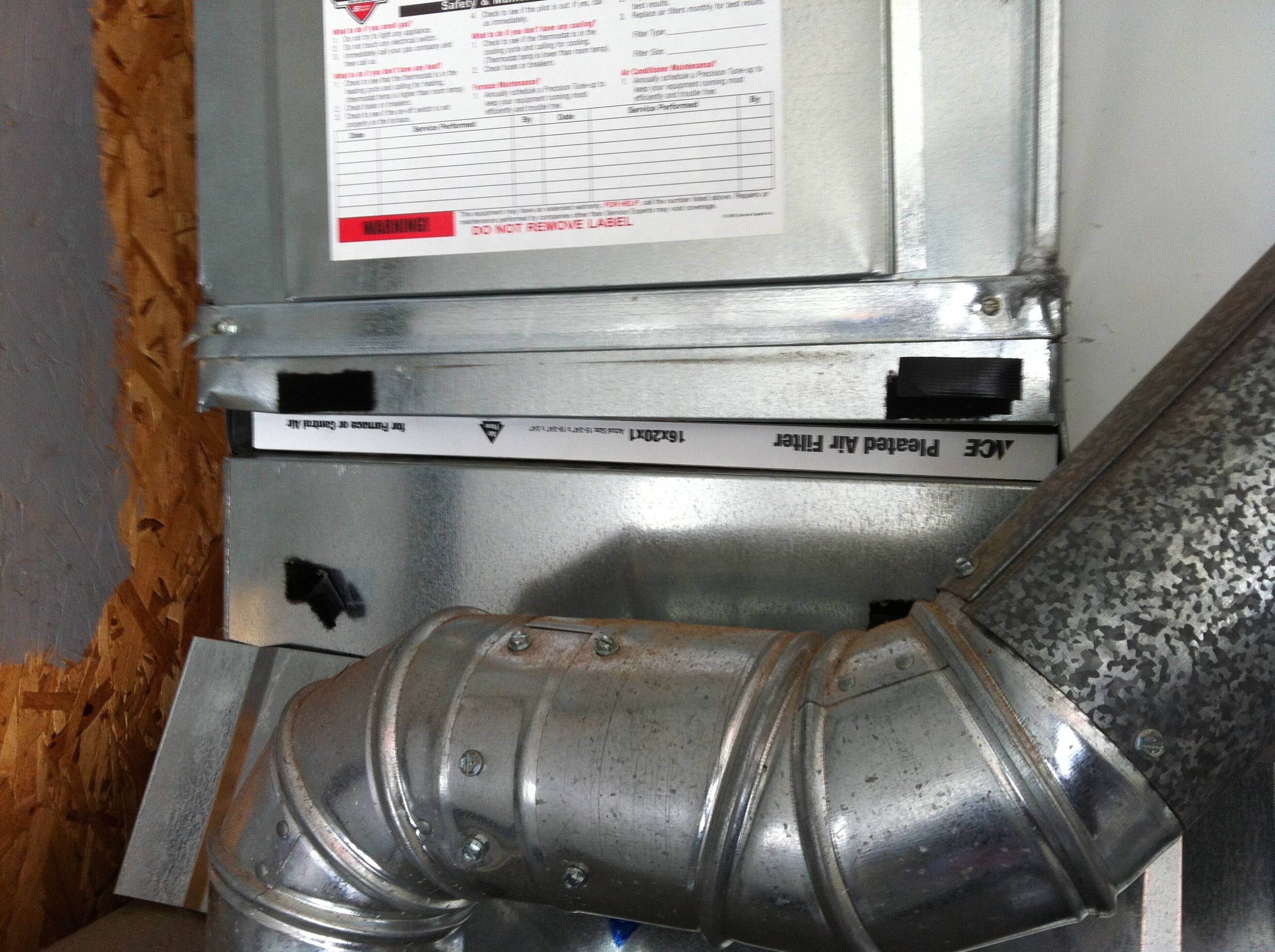 It sounds as if the slot is OK at least on one side of the bend, or perhaps both. If so you can make a shaper out of a piece of wood whose thickness is cut to the width of the slot.

Insert the wood in the good section of the slot and force it through the bent section. You may even be able to tap it sideways with a hammer.

Not the answer you're looking for? Browse other questions tagged furnace ducts filter or ask your own question.

8
Where should my furnace filter go in a Lennox G40UHX series furnace?
4
Why would a furnace overheat with a standard density filter?
1
Why would said gas furnace keep shutting off?
2
Furnace flames run for a minute then shut off
0
furnace 4 flashes error code
2
How can I resolve a "vent intake or termination" problem on my furnace?
2
How can I fix this furnace filter slot to prevent filters bending?
0
Air Filter size for (new to me) home HVAC
1
Anything wrong with moving from a washable mesh HVAC filter to disposable?
1
Is this convex bend in my furnace filter slot OK?