Is this frame ready to put a door on?

I've built a timber inner skeleton to a building and made a frame for a door. Which matches the dimensions of the opening in the internal wall. 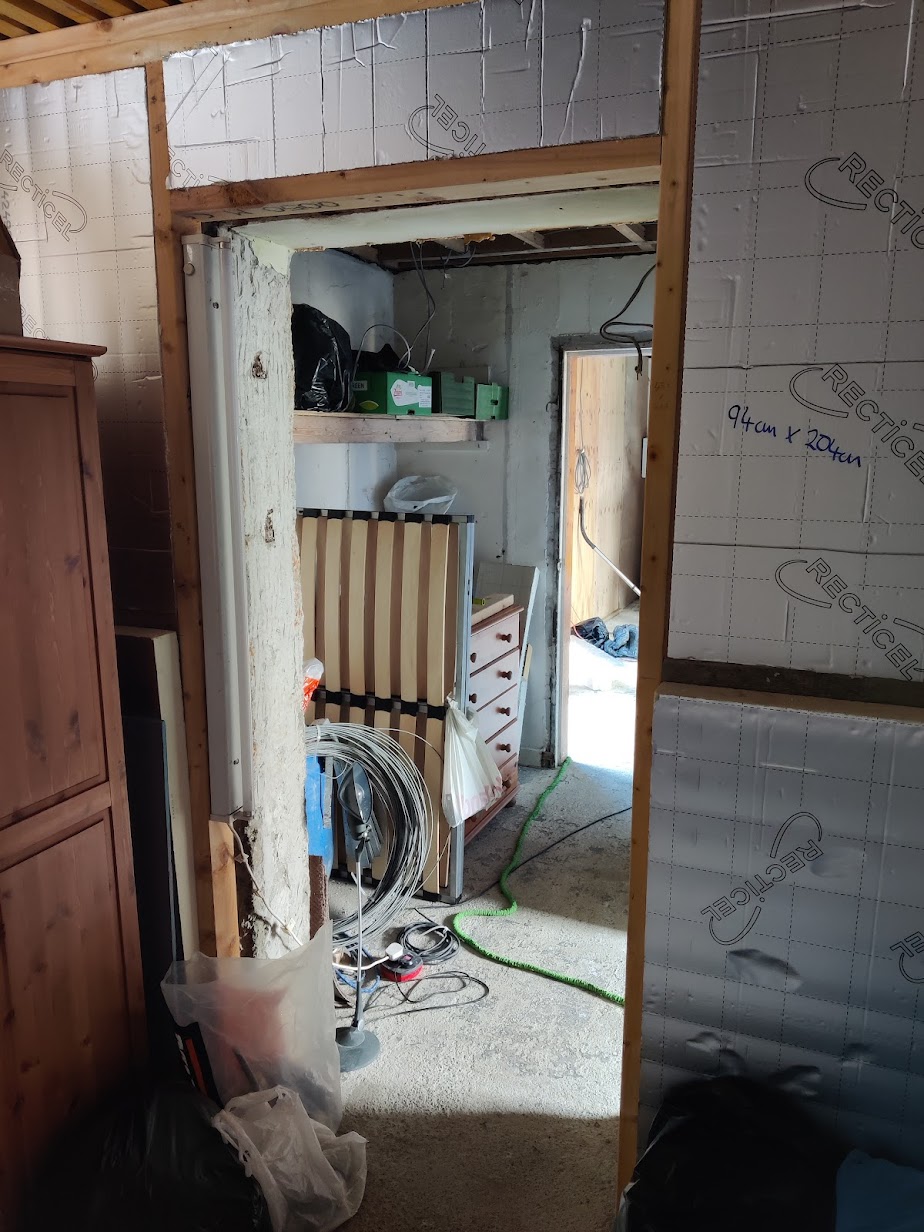 Do I buy a door at those dimensions, or does the frame need more things added to it and then I measure again for a door?

Online it seems unclear, some site suggests taking 50mm off to factor in a "jamb"?

Would be helpful to get instructions on what I need to do to get a door on ASAP.

Does plasterboard have in factor in the door depth?

TL;DR advice: find a door with a frame that's smaller than your opening by about 12mm.

When you buy a door, you're typically purchasing the door with the jamb/frame and sometimes the threshold is included (exterior doors, typically). There are several standard sizes but they're sold based on the frame dimensions, which is more or less the size of the opening in the wall that they will fit into. Jack suggested clearance from the opening to the door jamb for shims - this is also typical, in NA construction anyway.

The following diagrams may help, though they don't show the shims. 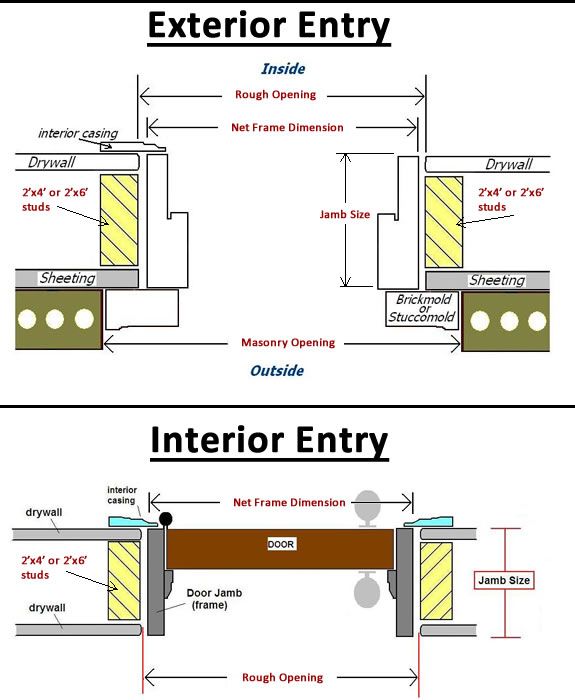 The shims are to fill space between the 'rough opening' (larger) and the 'net frame dimension' (slightly smaller) and help square the door frame in the opening so it fits the door without gaps or pinching. As shown in the diagrams, the gap left after shimming the jamb is usually covered with molding or casing.

Unless you want to wait, maybe a long time, for a custom door, you need to see what door sizes are available at your lumber or home store. Then you add to your frame so the door will fit. You'll want to have 6 to 12 mm clearance from the frame to the door jamb so you can shim the door plumb.

Not the answer you're looking for? Browse other questions tagged doors carpentry uk door-frame or ask your own question.

4
How do I fix a loose door frame?
4
Door sticking, frame no longer square, is this serious?
4
How to frame a door in a passageway?
0
New door binding on frame
0
What should I use to fill big gap around door frame?
0
Door, space separator options with limited frame space?
0
How easy is it to cut down a timber external door frame for use in a small door?
0
Should I trim a door to fit a 1930s doorframe or reset the frame?
0
Where to put front facing shed door hinges