How should I attach a chin-up bar to floor joists?

I want to mount a chin up bar to engineered I-beam floor joists. Am I safe to mount it directly up into it with lag bolts? If the spacing isn't correct and I span some joists with 2x4s, should I run it in between the joists parallel to the bottom of them (with screws going through the 1x2 bottom of the joist)? Or should I sit the 2x4s on top of the bottom I part and screw through the vertical joist piece?

Here's a quick diagram based on @bib's response. On the left is how I believe he is telling me to go, on the right was my plan based on his response. The bar itself mounts up. The I is the joist(s), red is 2x4, blue is screws/bolts and green is the chin-up bar... 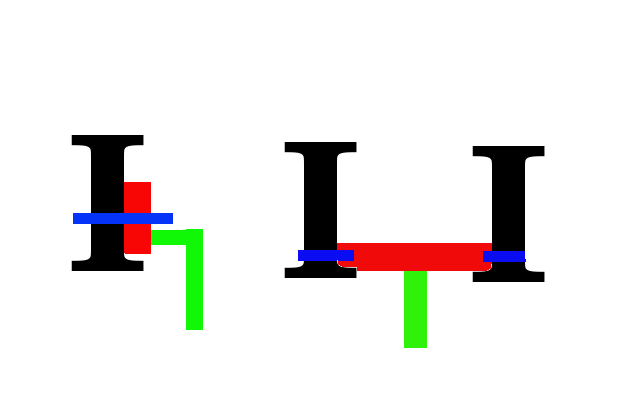 Photograph of the completed installation: 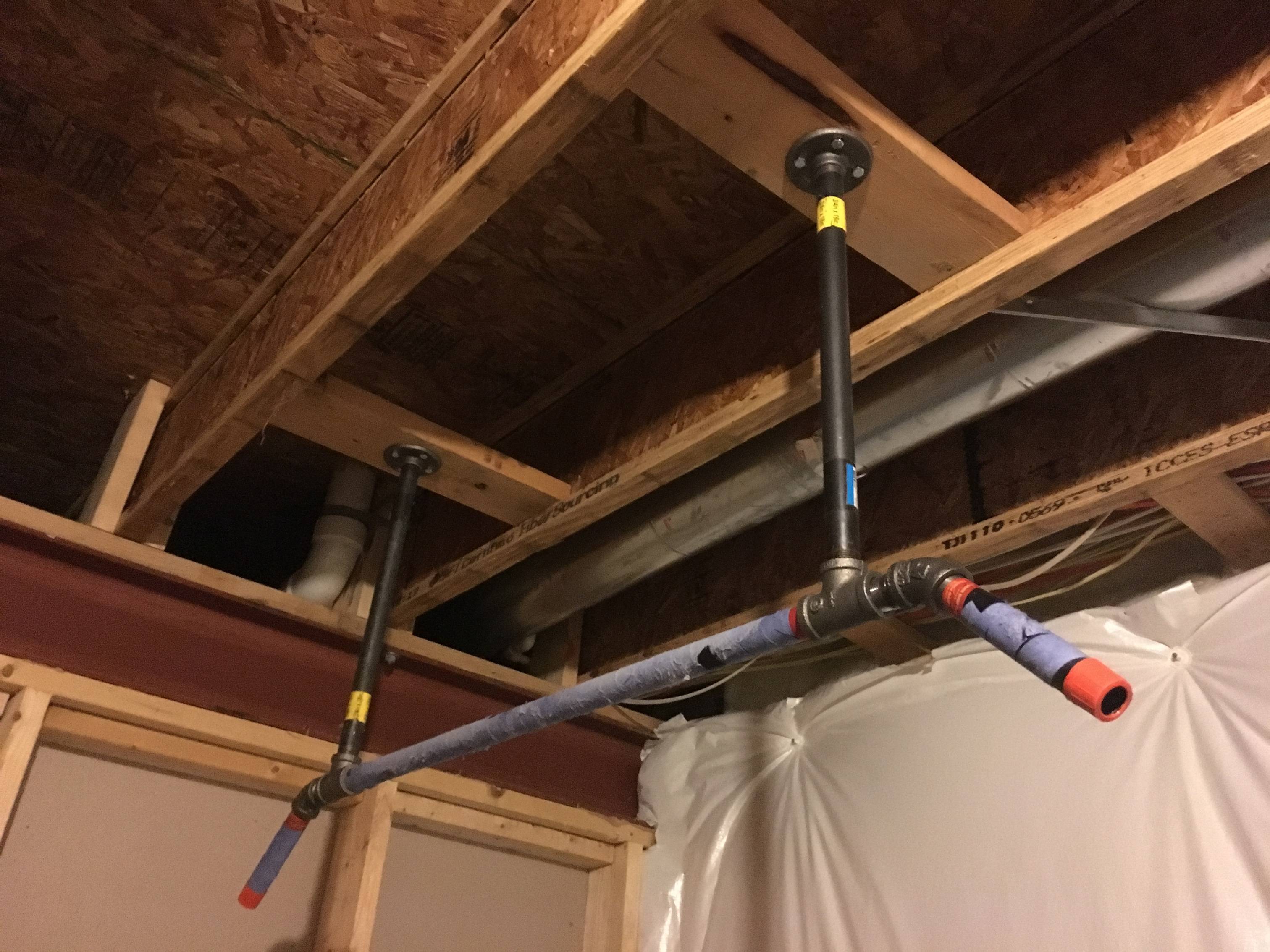 If you use several lag bolt of sufficient size, you probably would be OK, but that is not a preferred method.

The load will be concentrated on the threads of the lag bold and the wooden fibers holding the threads. Bolts and screws are much stronger when the load pulls perpendicular to the axis of the fastener instead of parallel to it. This then relies on the shear strength of the fastener. Basically to pull such bolt(s) out, you need enough load to cut the bolt(s) in half, which is much higher than the load needed to rip through the wood holding the threads.

A 2x4 laid flat (with its 3 1/2" side running horizontal) is not its stronger configuration. It is much stronger and less prone to flex if you set it on edge (with its 1 1/2" edge horizontal). But it is hard to drill a decent size bolt hole through the 1 1/2" edge, and it weakens the piece. You probably need to lay it flat. If the span is wide and if your attachment point are not close to the joist face, consider stacking two pieces on their flat sides.

If you use that approach, you shouldn't just screw lag bolts up into the 2x4s. Instead, drill through them completely and use a conventional bolt and nut with oversize washers on the tops of the 2x4s. This spreads the load over a much larger area (several inches instead of fractions of an inch).

Not the answer you're looking for? Browse other questions tagged joists hanging or ask your own question.

1
How to hang load from ceiling I-beam joists behind drywall?

1
Can my floor support Kitchen Island?
6
How can I attach a ledger board to my house?
3
Joists have different height
1
Vertical drilling into ceiling joist for pilot hole
1
Contractor cut joists short (followup to earlier question)
2
Tv will be off center if mounting to studs
2
How might I attach pieces of lumber between two garage ceiling joists for the larger goal of mounting a punching bag to the lumber?
1
I-joists on an old dimensional lumber floor
2
Can a chin-up bar be supported by just two of the four intended mounting points?
0
Which nut and bolt to attach wood to metal?