I am replacing a ceiling fan with light and remote with the same thing, and want the switches to work as on the old one, but it is different from other "two switch wiring" schemes I've seen. 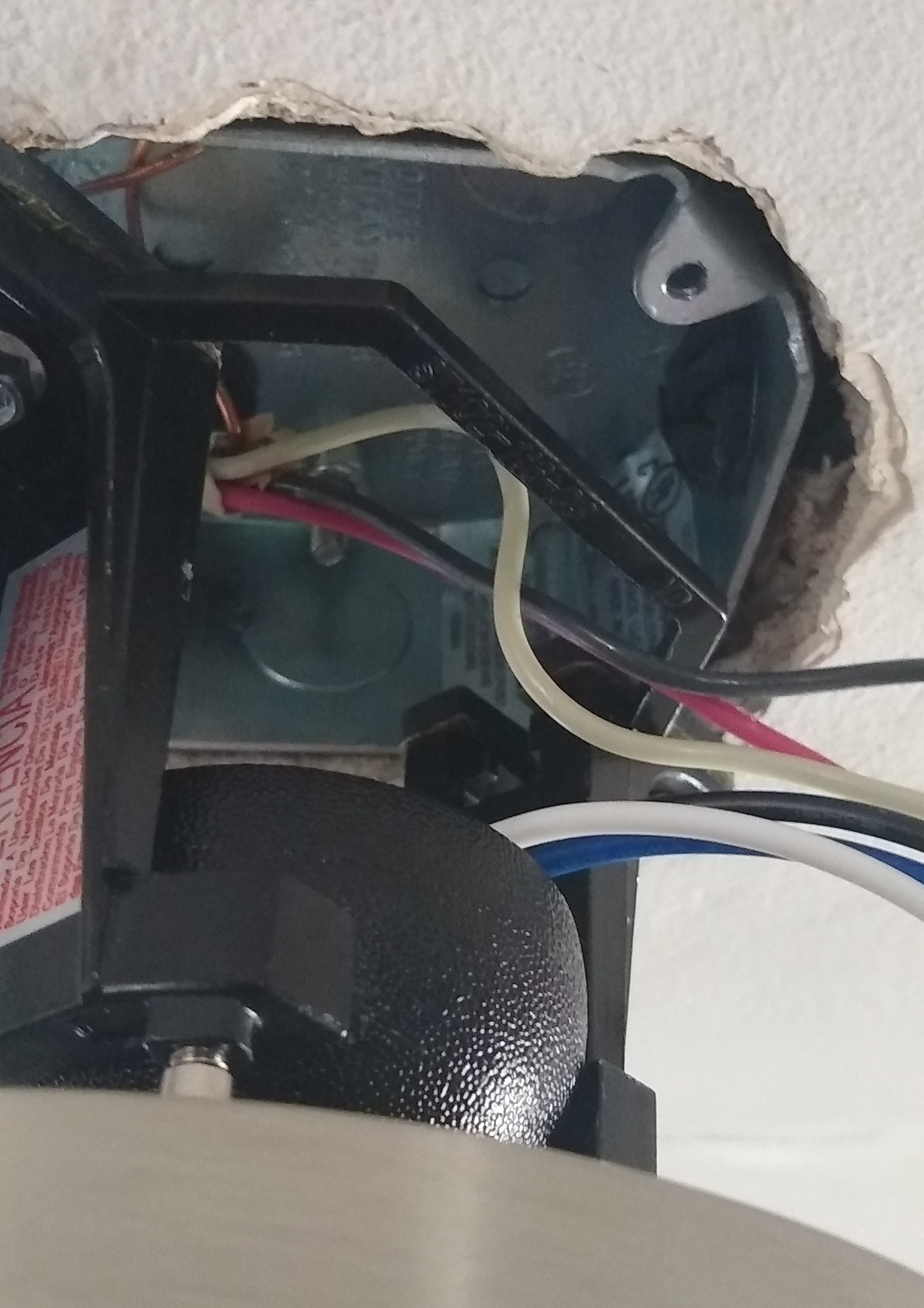 On the old fan, either of the two wall switches would power the unit on or off, and whatever light and fan combination I had last selected with the remote would be turned on - light only, fan and light, or fan only.

The old receiver had two white, one red, one black and one blue wire. The new remote has a black, blue, and white wire held together in a plug-like unit that will connect to a receptacle in the fan itself that has the same three colored wires. Then there is a black wire and a white wire on the opposite side of the receiver.

Can I wire this somehow to operate as the old fan-light did?

The photo I just added is of the old receiver.

From what you have described, your old and new setups are exactly the same:

The only catch is that we don't know whether the new remote has a memory. The old one had a memory - it remembered fan & light status through switch cycles. Anything is possible on the new fan/light:

There are two ways to find out how the new fan/light works:

If it doesn't work the way you want it to (memory) and instead is always on or always off after a power cycle, return it and do some research before getting another one. And if you do that, I suggest installing a simple light fixture in the interim.

Not the answer you're looking for? Browse other questions tagged ceiling-fan remote-control or ask your own question.