What is the best option for hiding wires to wall mounted TV?

This is similar to this question, but in my case I'm not looking for the easiest solution but the most professional solution.

I am torn between modular wall plates, and the type that just have a hole and let you feed the cables through.

What is the preferred method the pros use? Is there a solution I have not thought of yet? 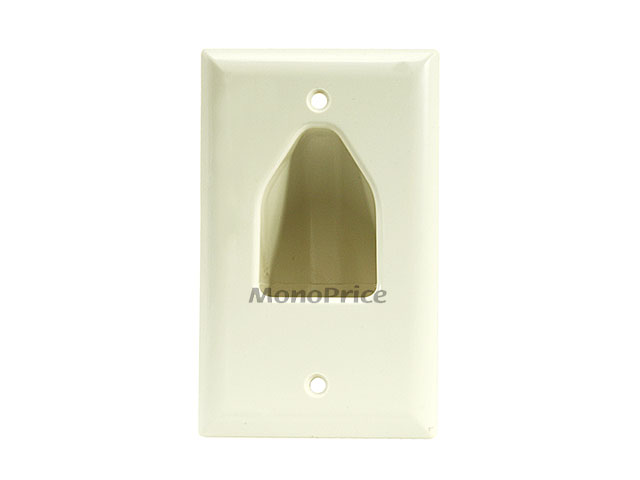 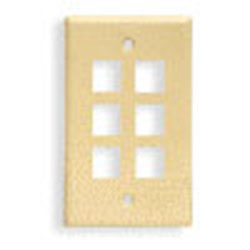 In general I think the pros prefer the wall plates. It gives it a cleaner look especially when nothing is attached (no components are installed yet).

I too am torn about this, I think if I am just doing it for me I would go with the big hole approach. If I was planning on reselling the house and I want the room to reallly look "finished" without my AV equipment installed I would do the wall plates.

EDIT - It looks like you already found www.monoprice.com so you have the best source for these things figured out :)

I'm a fan of the recessed media box that monoprice sells. I installed it pre-drywall which I'm sure is easier, but it does have the ability to be installed as a retrofit (you don't say in your question which way you're doing this). 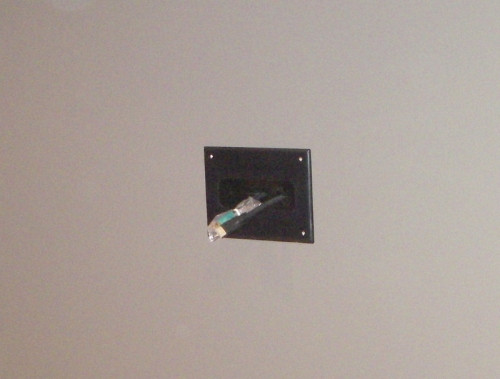 There's two major issues with having actual connectors in the wall behind the TV: you have two additional connections per wire (there is a connector on both front and back), and you have to manage cables behind the TV. Connectors are bad because they can become loose and are bulky. Wire management is an issue of getting long enough cables that you can actually plug them in before the TV is mounted, and not having an unsightly mess behind once it is.

The media box solves both of these problems, because the wires just hang out, and you can push the extra back in after you've mounted the TV. 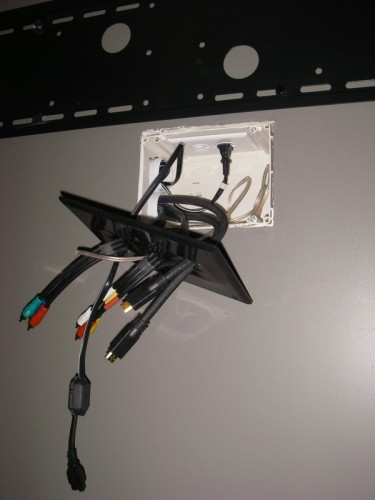 In my case, I ran cables from the box back to some regular wall jacks, which then go to my receiver and other gear. I used a couple pieces of central vac conduit I had left over, which go over about 4' to the furnace room, which is a non-finished wall and directly behind where my actual receiver etc is (off to the side of the TV). This also makes it easy to add additional wires, but of course it depends on your setup if you'll be able to do this.

Not the answer you're looking for? Browse other questions tagged electrical home-theater cable-management or ask your own question.

42
How do I run wires for a wall-mount flatscreen TV?
5
How can I run an additional electrical circuit to a wall mounted TV?

1
Multiple Loose-Hanging Wires in Finished Wall
0
How to store small computer equipment in a home context?
7
How can I secure NM cable to a metal stud?
1
For German code, what is the correct fuse amperage, per phase, for a 3-phase service line?
2
Help making room on 200 amp panel for 50amp breaker
1
What is the best way to semi-permanently seal and waterproof a pipe containing two cables?
1
Wire Size 100amp sub panel?
1
How to cover this gas line sticking out of the wall?
1
3-way light circuit to an outbuilding with a disconnect