What should I do about this load bearing wall that is only supported by a joist floor?

My floors pitch in the same spots as they do on the 1st and 2nd floors.

The wall I think that is load bearing, has a heating duct that goes up it, would that still be considered a load bearing wall? I am fairly new to handy man work.

The image attached depicts my main support beam (orange) and joists in the basement (pink) (stone foundation), the green lines are the 4x4" posts we put in place. The blue line is where the load bearing wall is. 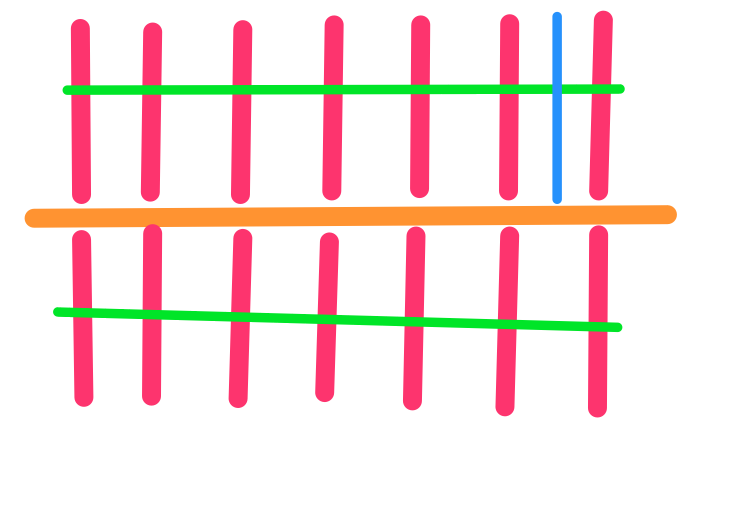 I noticed a couple weeks after we put the posts up (green lines), the floor near the blue line pitches more than before, the same in the 2nd floor and there is a small hairline crack running along the edge of the ceiling, about an inch from where the ceiling meets the wall, this runs perpedicular to the load bearing wall, as seen in the sketch below. The blue line is the load bearing wall, which leads into the laundry room, and the black line is the outline of the living room (where I see the hairline crack in the ceiling), around the corner is a hallway that leads to the stairs to go upstairs. The orange line is the hairline crack in the ceiling, I believe it is plaster. 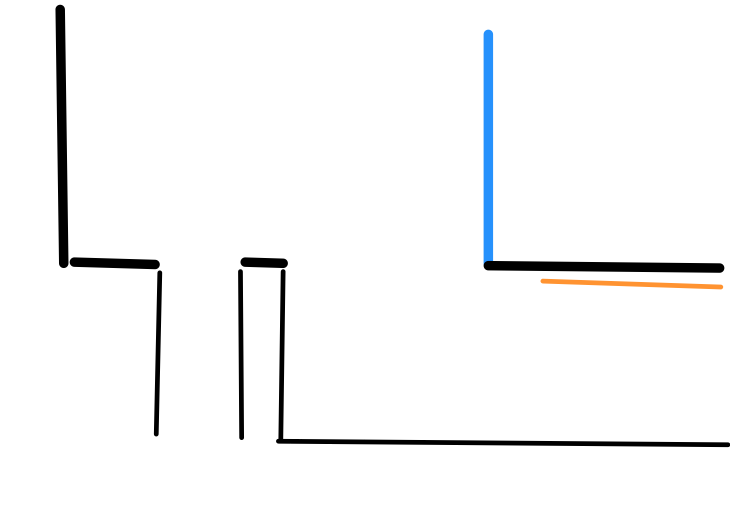 I am going to try and slowly jack up the load bearing wall with more posts, its not pretty, but I don't mind a series of posts in the basement at this point for peace of mind. I had a company quote me for $9300, that would involve what I did with the two posts (green) I ran parallel to the main support beam and installing a steel beam in the 1st floor ceiling to support the joists above it. I thought I'd try to see if I could it myself, I know when to defer to a professional, if I don't see much improvement after I jack my load bearing up with support, then I will bring in a professional.

What are some things you would recommend at this point, do I not try and jack up the load bearing wall slowly, etc...?

If it is indeed a load-bearing wall, you either build another wall or place a beam and posts under the wall.

The only problem is you need to add footings under any load-bearing posts or walls you put in.

I suspect this wall is not load-bearing because it is parallel to the joists. The joists above probably don't rest on a wall section that doesn't rest on the joists below (because the joists in a house of that age are attached to studs that likely run the full height of the building), so the wall section you're asking about probably doesn't have much weight resting on it. The cracks may be caused by wood shrinking and sagging as it aged. The ceiling crack is probably a result of that sag, because the underside of each level becomes slightly longer than the top side when that happens.

That said, Dan Neely is correct about older homes often being kludged together, so it would be best to treat the wall as if it is load-bearing until you are absolutely sure it is not. Added support shouldn't hurt anything and it might help, so give it a shot.

Not the answer you're looking for? Browse other questions tagged floor joists structural support or ask your own question.

6
What should I do to level an uneven floor with a potential load bearing wall above?
8
How can I safely remove and replace a wall?
0
Is this foyer (wall) load bearing, in a condo
0
Is this wall in my kitchen load bearing?
1
Interior wall construction - Is it possible for this to be load bearing?
0
Reason for no header spanning this load bearing wall?
3
Can I use blocking between floor joists to support off-center jack studs in a load-bearing wall?