How can I identify my switch wiring for a smart switch?

I have a light that is controlled with 2 switches. I want to control it with a smart switch, so I bought a "3-Way" smart switch, since that's what the online guide said to get.

The switch I received has 5 cables: Neutral, Live, Ground, T1, and T2.

I opened up the socket to replace the old switch, and found that it was only connected to 3 cables: a white, a black, and a red. I'm not sure how they're wired. I foolishly did not record what was connected to where when I took out the switch, but I THINK the white was connected to a slot labeled "common" on the old dumb switch?

I tried connecting black to "Live," white to "Neutral," and red to "T1". When I turned on the breaker, my smart switch powered up! Great. Except when I told the switch to... well, switch - the light stayed off. I tried using the other of the two switches to manually turn on the light, and it instead killed power to my smart switch, and the light remained off.

What should I connect to where? I have pictures of the switch I want to replace and the other of the 2 switches (which I'd prefer to not replace, but can if it's the only option).

First picture: switch I want to replace Second two: switch I would rather not replace but controls the same light. One of the cables on this switch appears to be running into the back of the other switch in the gang box, which controls a separate light (and is the only switch that controls that light). 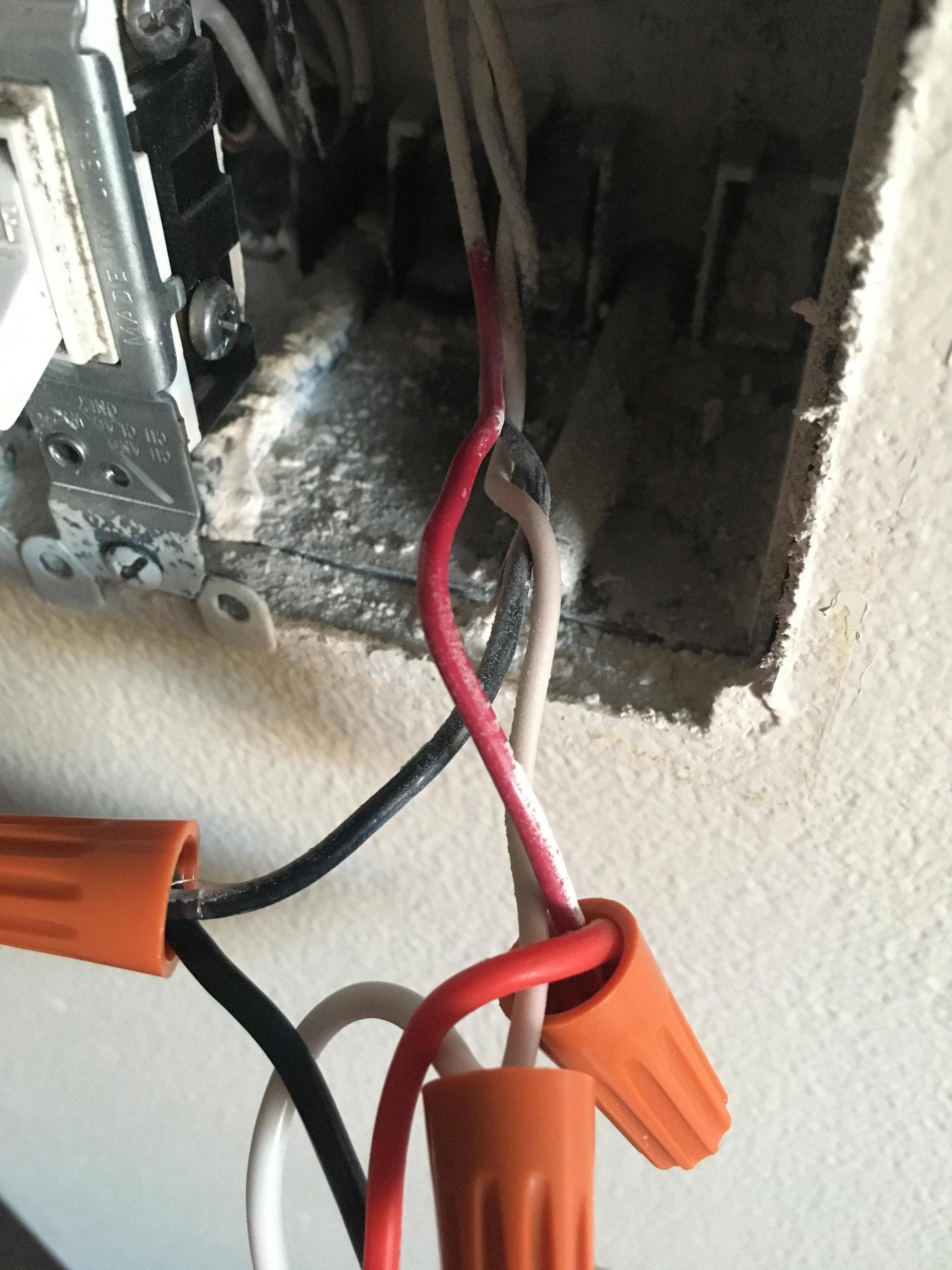 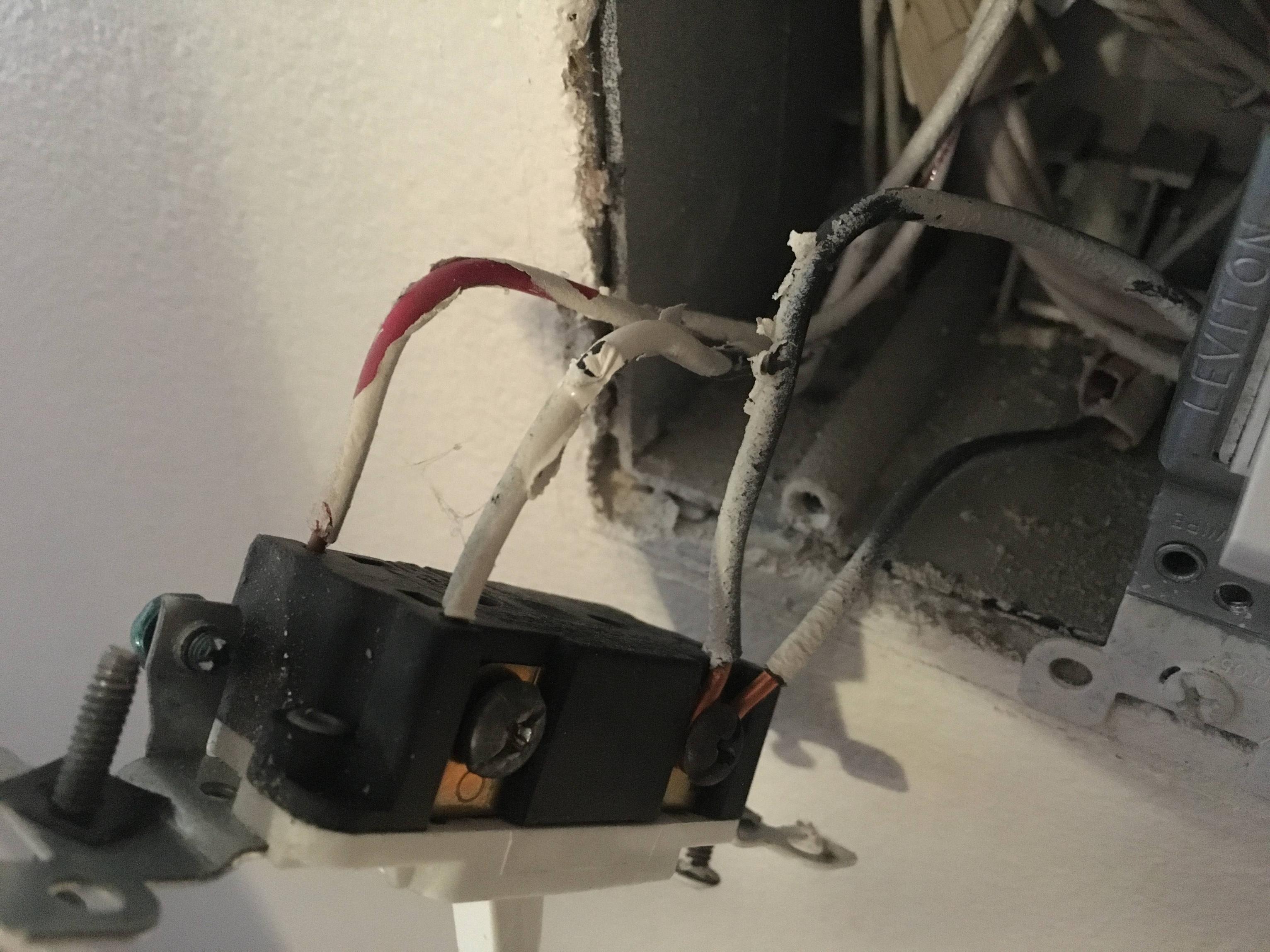 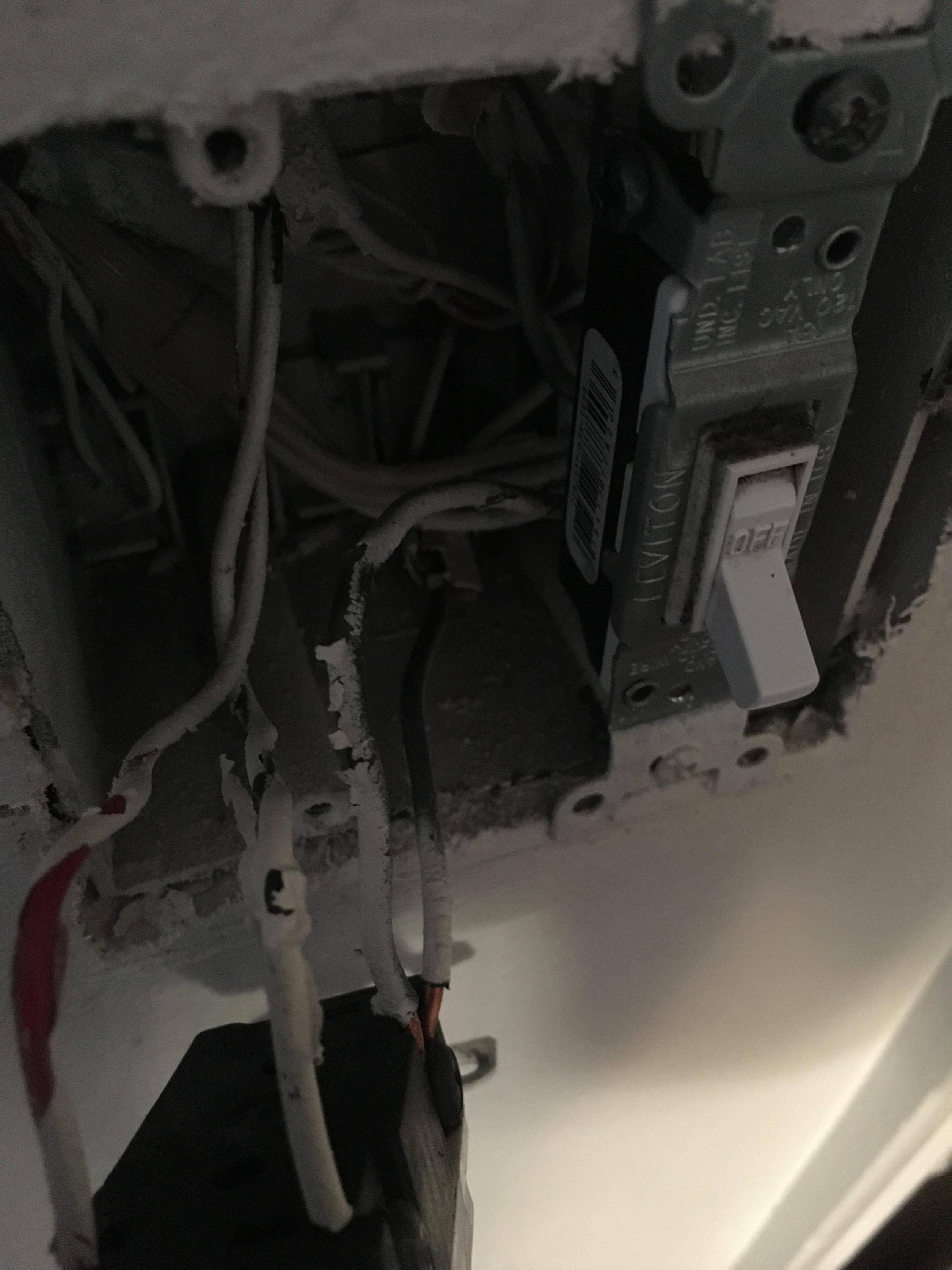 TL;DR Put the smart switch in the other location and things should be easier

A typical 3-way switch setup using cables (as opposed to individual wires in conduit) has:

In the first switch box, you will have hot coming from the panel possibly by way of another device and/or going on to another device into the common connector on the switch. That wire will almost always be black.

The other two wires will be part of a 3-wire cable and go to the two other screws on the switch as travelers. The third wire of that cable will be switched hot. Colors are anyone's guess. Harper's recommendation is that the travelers should be labeled with a common color, typically yellow. (Can't use green or white, black is typically hot, red is typically switched hot, so that leaves yellow or blue in most packs of tape.)

At the second switch, you will only see 3 wires in one cable. Since that's what you found, that first location you worked on is really the second switch. It has two travelers (match the colors to the travelers on the first switch - clearly one is red, but it isn't clear whether the other one is black or white) and the third wire goes to the common screw as switched hot.

There are a bunch of different ways that a smart switch can work here. But I am pretty sure they will all in the end require either:

That's because it needs power - hot and neutral. It can get that easily in the switch 1 box but not so easily (not impossible though) in the switch 2 box. Depending on the type of switch, it might be able to use the existing switch 2 or it might need to use a secondary smart switch ("remote") as switch 2.

You have to start with understanding the 3-way circuit you are working with.

Now here is a schematic for a 3-way circuit. All 3-way circuits work like this. However it is only one of at least 5 possible wiring diagrams.

Note how there are 2 travelers, and one is hot and one is not. It's that easy, really.

Unfortunately, 99% of real world installations do not use colors like those - and generally "make do" with the default colors of cables. Cables are made in black-white-red. So you will have to figure out which colors are your travelers. You could mark them with colored tape - in fact you are required to mark white wires when they are used as other than a neutral.

Many smart switches allow you to stick a "master" in the mandatory location and a "smart remote" in the other location, and the smart remote gets the same full-feature functionality as the master. That is how you solve the "I want the smart controls at my preferred location" problem. (your goal was to have smart controls at location X, not to have a dumb switch at location Y).

Not the answer you're looking for? Browse other questions tagged electrical wiring switch multiway-switch smart-switch or ask your own question.