Just bought a home built in 1945. Wanted to hang a ceiling fan where an old light fixture was. I am ignoring all the non-functional wiring. I purchased a ceiling fan rated box with brace from which to hang the fan. The ceiling itself appears to be plaster. 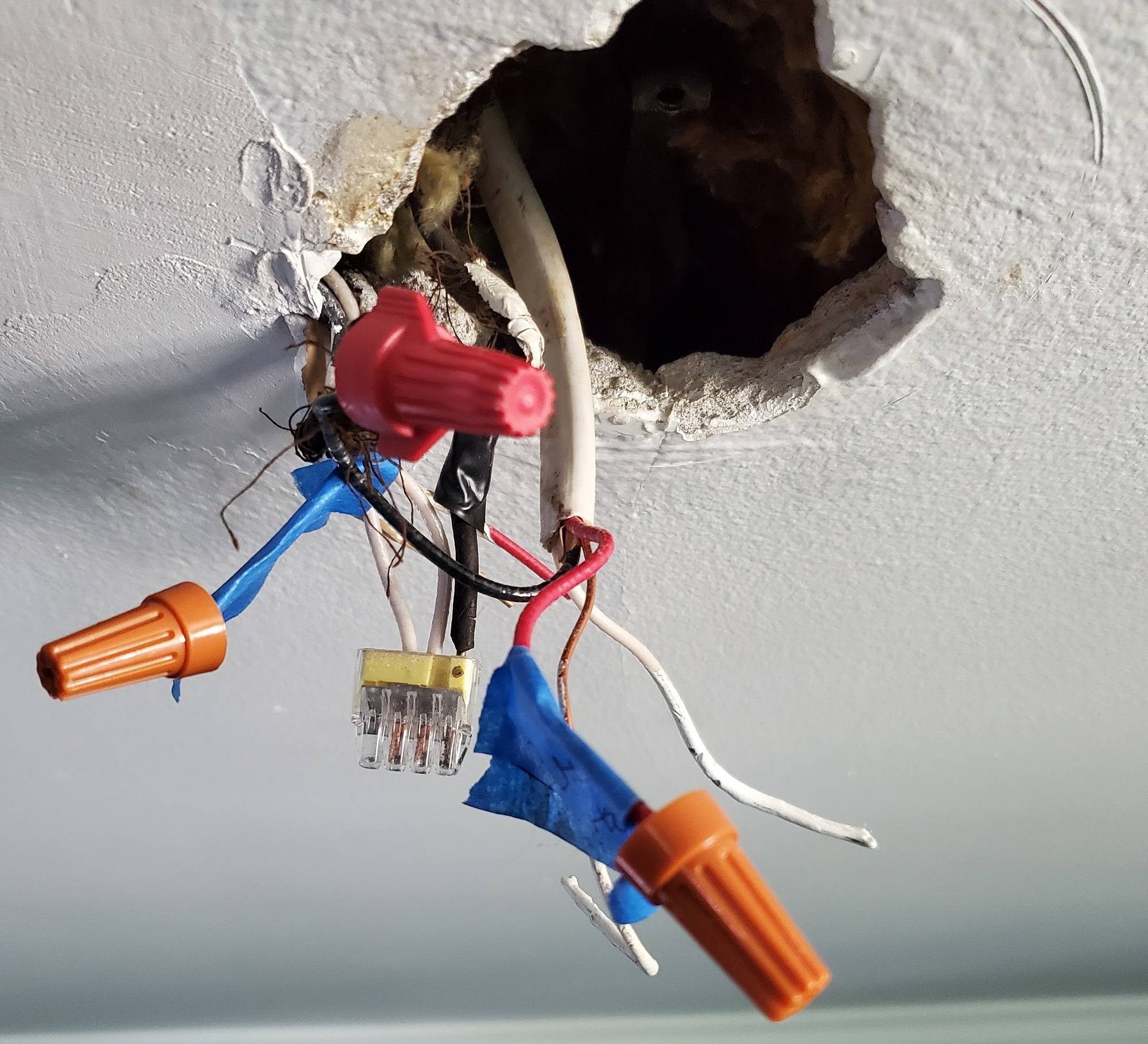 After wiggling out the old box I noticed this elongated U-shaped saddle brace that travels in the same orientation I would be placing my new fan box and brace. Unfortunately, I have no attic access to take a look from above. I cannot get a good view to see how this bracket is attached to the ceiling or where it attaches to. 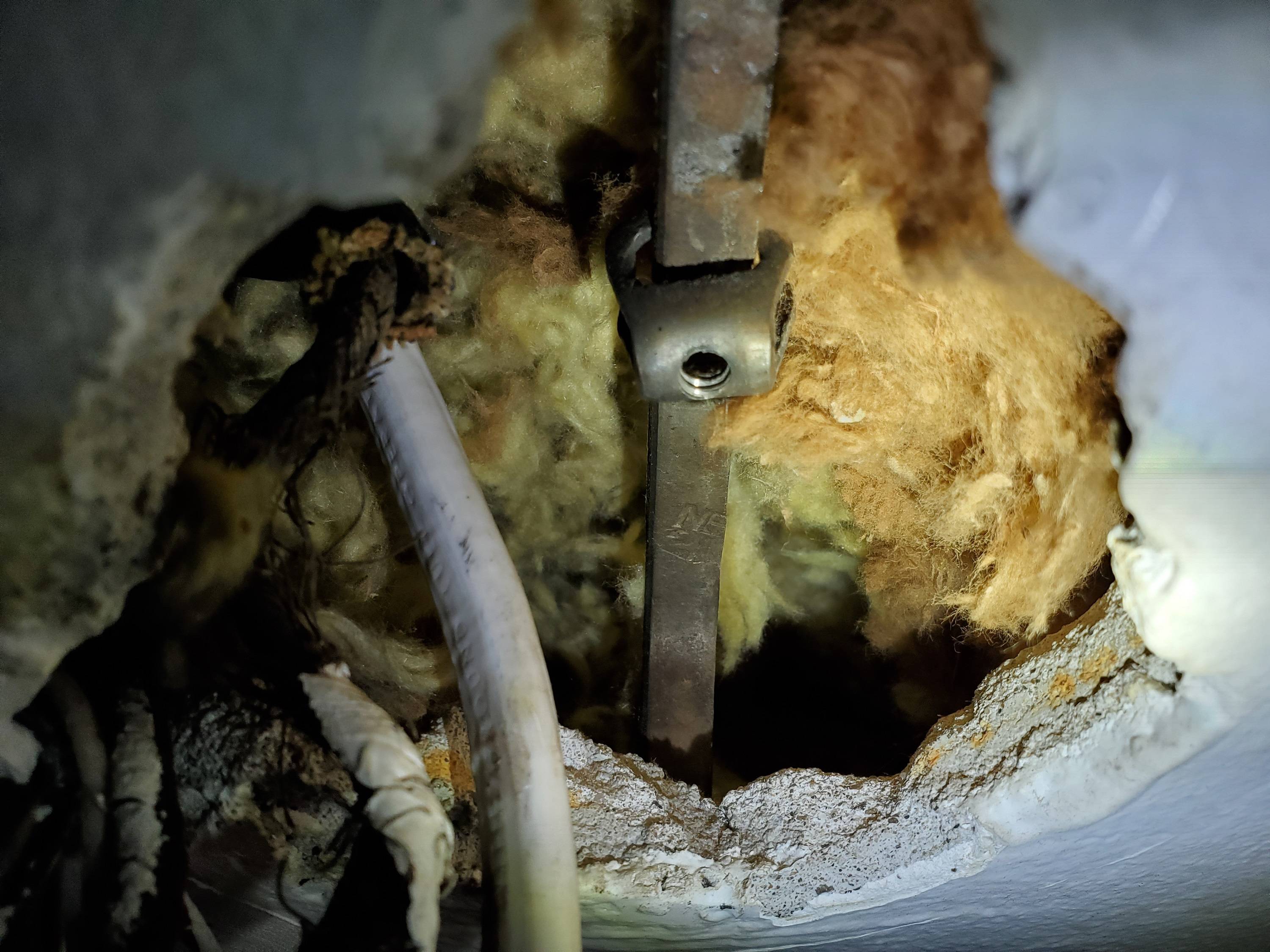 Reading some other forums, I noticed some people stating that this type of set up should be able to support the weight of a ceiling fan. (mine is 18 lbs). So to test it out, I actually grabbed hold of the bracket and did a pullup. The bracket didn't budge and the ceiling didn't fall down.

I tried my best to get a view of the bracket from inside the ceiling with my phone, but there is a lot of insulation. Feeling around, I could barely get my hand to the end of the bracket, and I wasn't able to palpate any discernible bolt or screw, so I'm not quite sure how it's fastened to the ceiling. 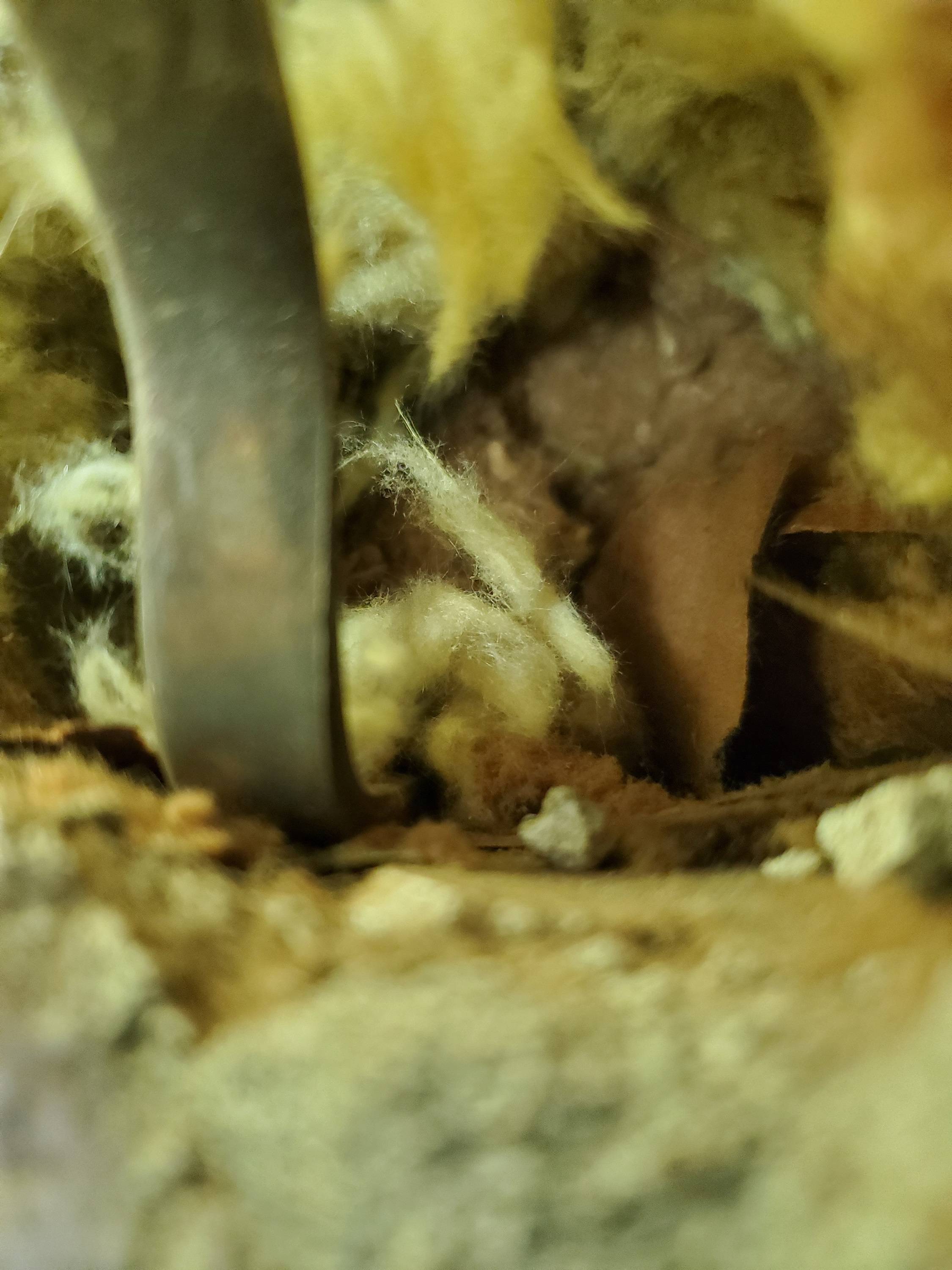 This is what the old pancake box looks like: 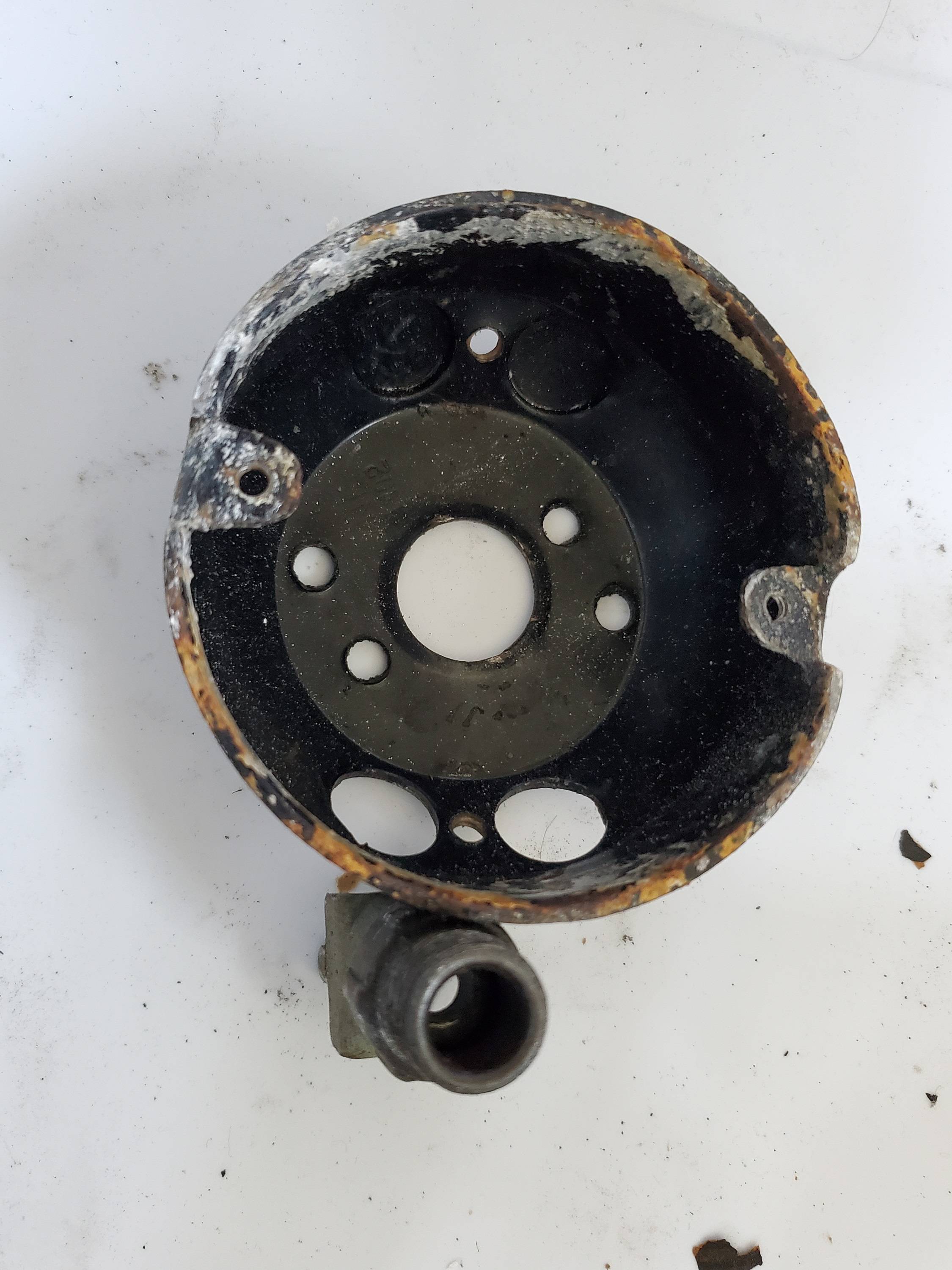 It is 3.5 inches in diameter. I attached the the 4 inch crossbar that was with the original light fixture. There is a center screw which would attach the old box to the saddle bracket. Would just need to find a nut to secure the crossbar to the old box. 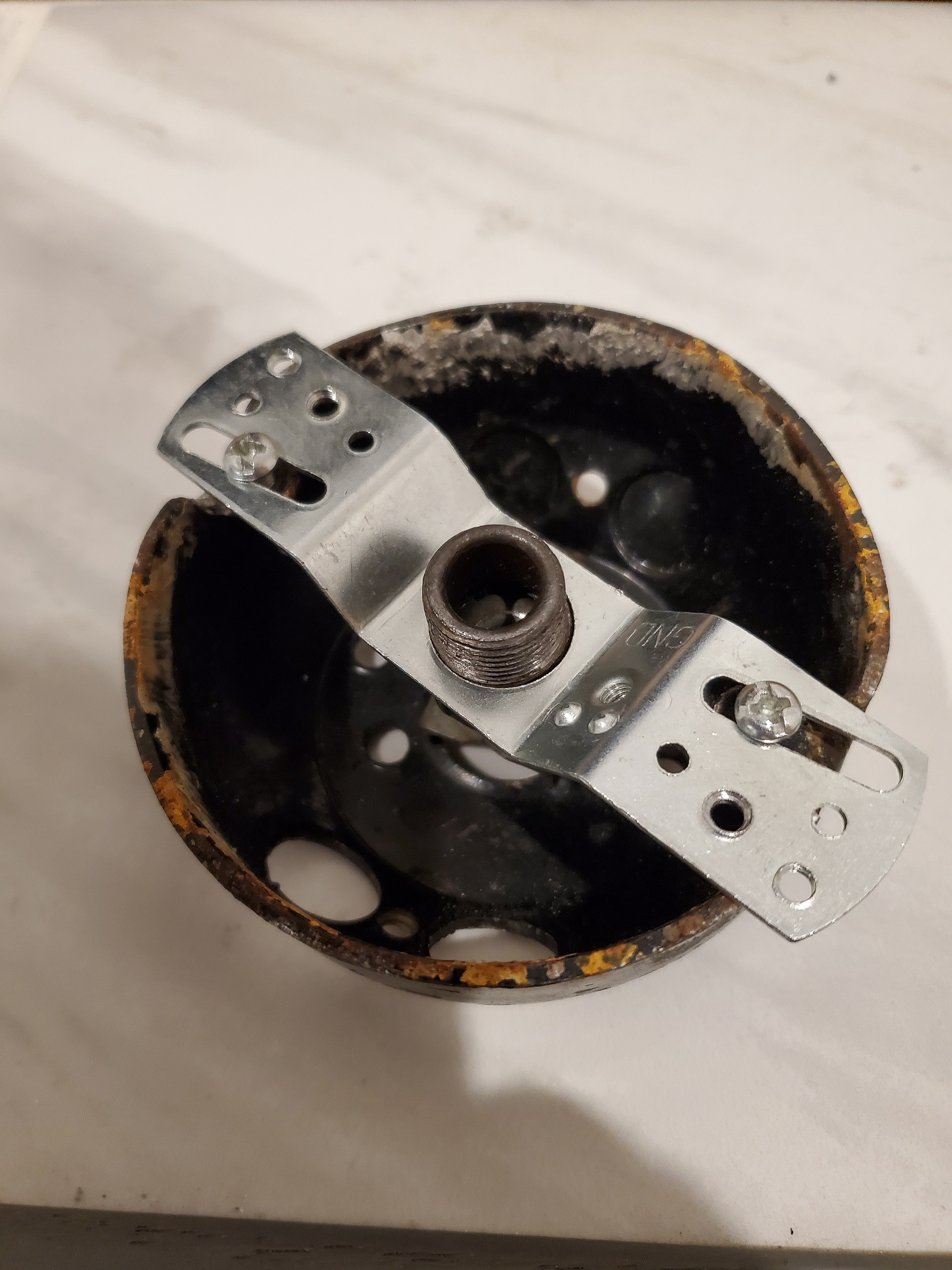 Ideally I would love to remove the old U-shaped saddle bracket and install the new fan-rated box and brace, however, I am not sure how to detach the old saddle bracket, and the hole in the plaster ceiling is slightly too small to fit my new box in.

Long story short: has anyone seen a U-shaped saddle bracket like this, and would it be strong enough to support an 18 lb ceiling fan, especially if I was able to hang from it with my whole body weight for a few seconds?

Edit: Thanks for the reply @JACK. Best bet sounds like sawing through and getting rid of the old bracket. any thoughts on attaching the new box to the old bracket like so: 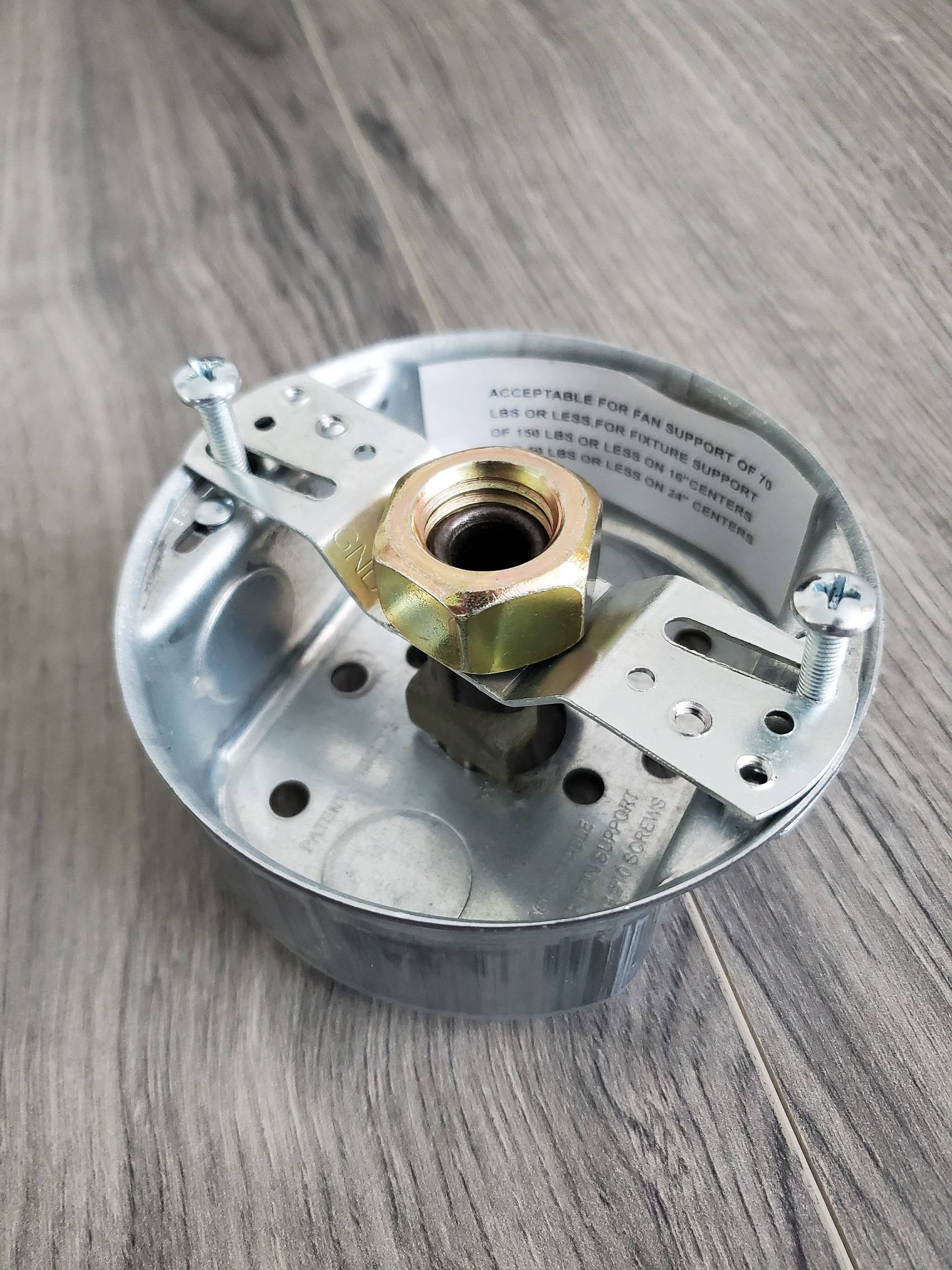 The bracket would probably support a fan but the pancake box would not. No good way to mount it to the bracket and the screw holes in it wouldn't support a fan.

That bracket is either nailed into the sides of the joists or into the bottom of them. The only way to do this would be to enlarge the hole in the ceiling so you can get your arm up there and cut the bracket out as close to the joists as possible. A Dremel rotary tool with a cutoff wheel will work. You should then be able to determine how the bracket is attached to the joists. If it is attached to the bottom of the joists, then you can just attach your new bracket and box to the two joists following the instructions provided with the kit. If the old bracket was nailed to the sides of the joists, then you have to make sure the new bracket doesn't hit the remaining metal from the old bracket or it won't penetrate the sides of the joists. You might have to pry or cut those nails out and remove the metal, or install the bracket above the metal. Once you've installed the new bracket and box, you can get a medallion similar to the one shown below to cover up the larger hole you needed to make to install the new bracket. 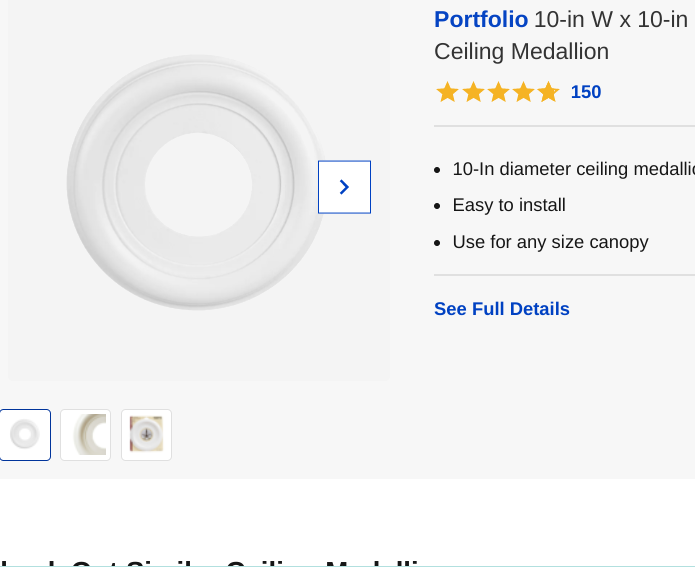 I wouldn't do this. It's probably strong enough, but the cross bar and the trapped U bracket to which the box mounts, are loose and wobbly. They are strong enough to support the fan but vibrations and motion by the fan will be absorbed entirely by the old plaster ceiling, probably resulting in damage to it.

Also, the support bar is probably held to the joists with undersized rusty nails. They may support your weight now, but may not stay together forever. Adding good screws is a good idea.

If you determine that you can go ahead with this don't support the fan from the box ears. Use a lighting cross bar that mounts directly to the center stud as in your last picture.