How do I fix this countertop with a permanent solution?

I've never worked with countertops before. I want to provide a permanent fix to this problem. Any suggestions? 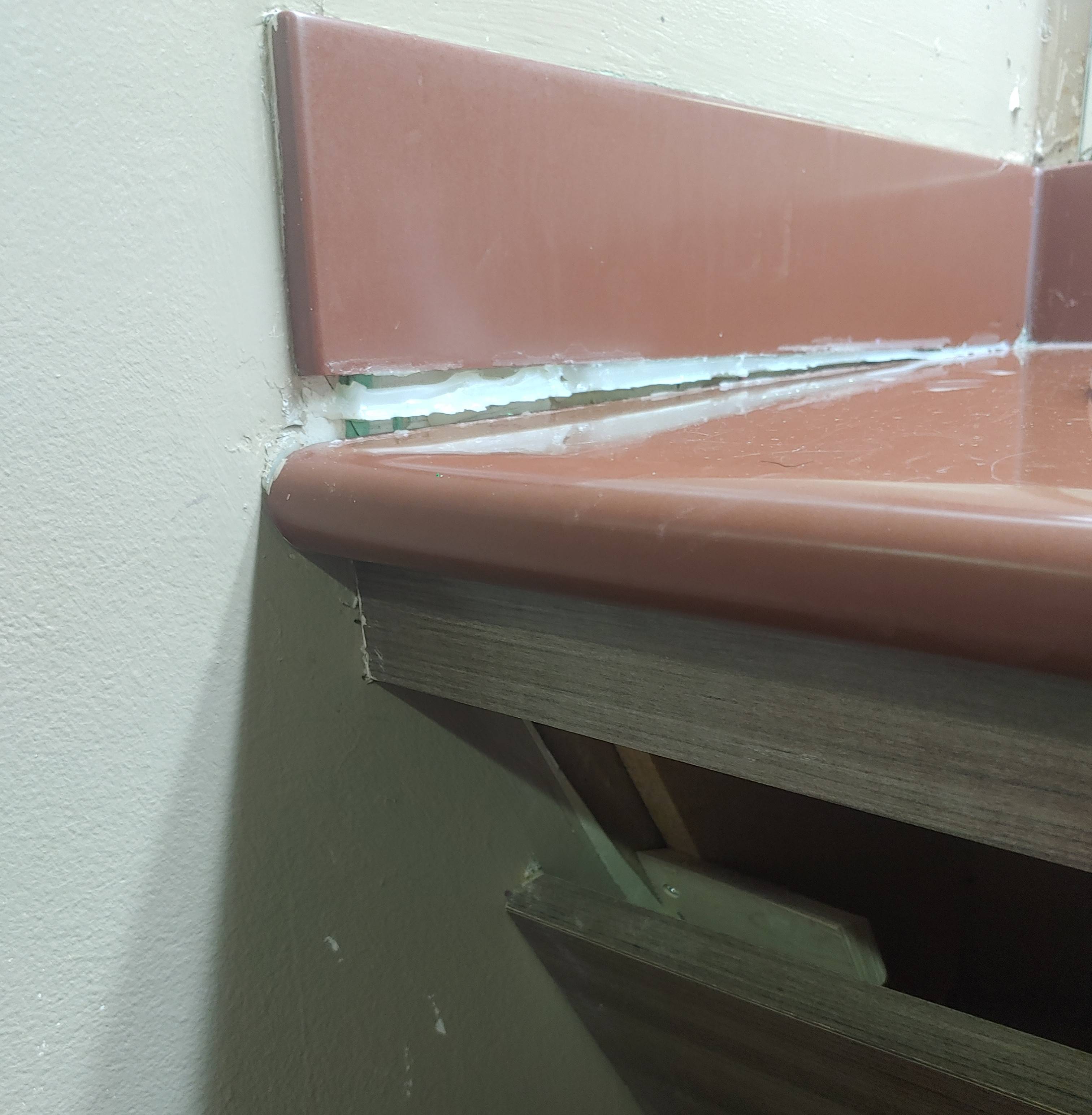 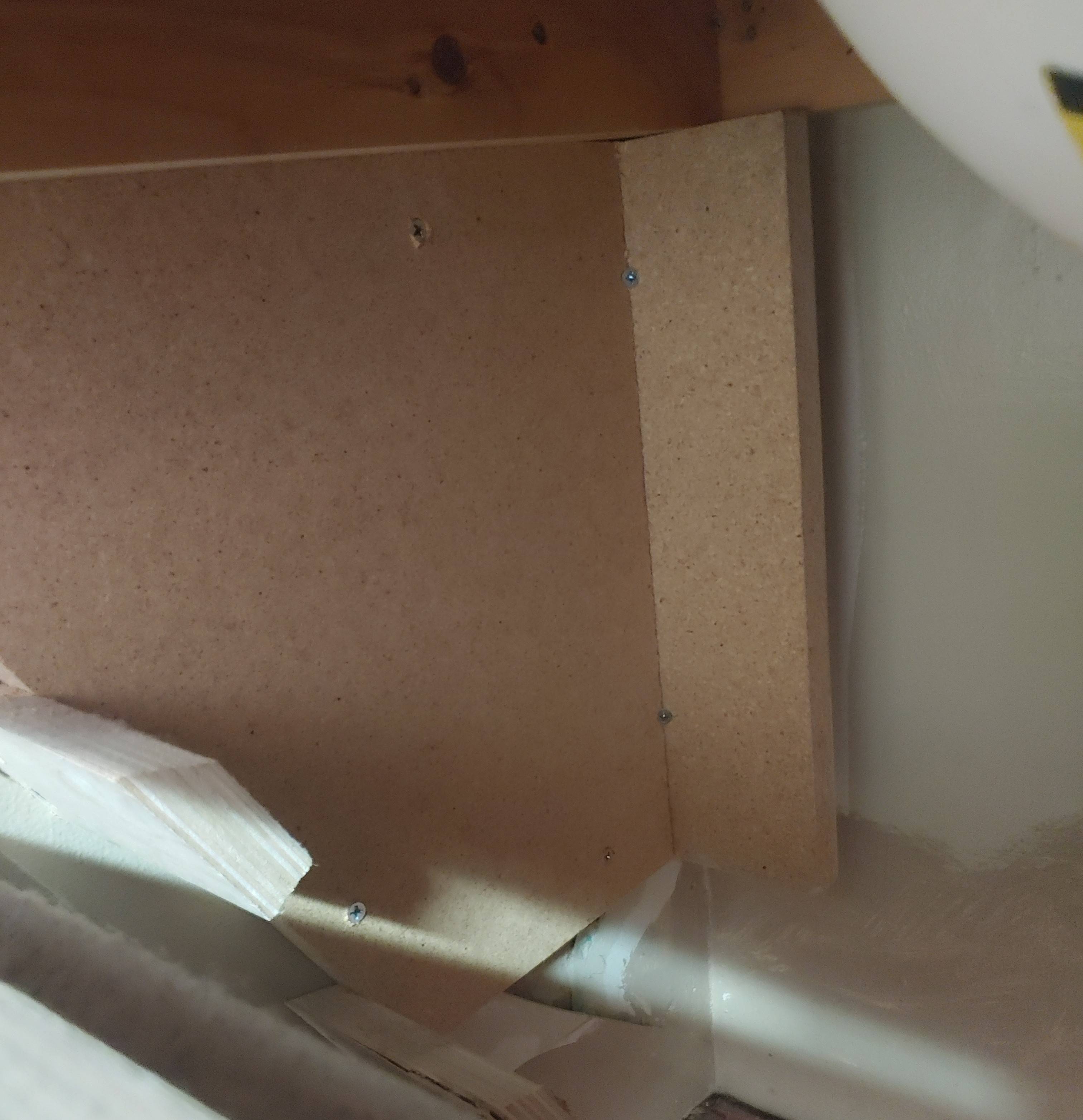 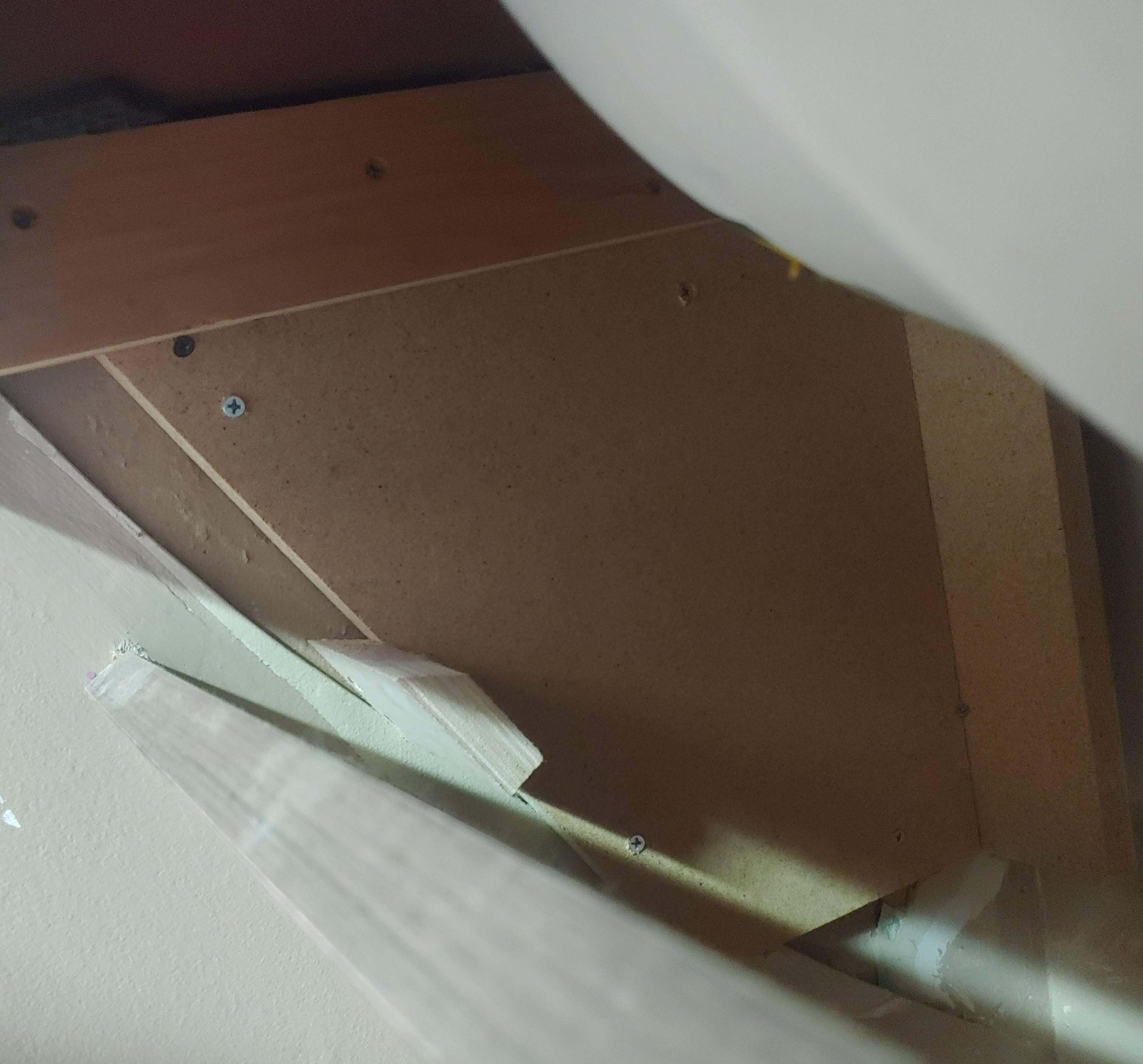 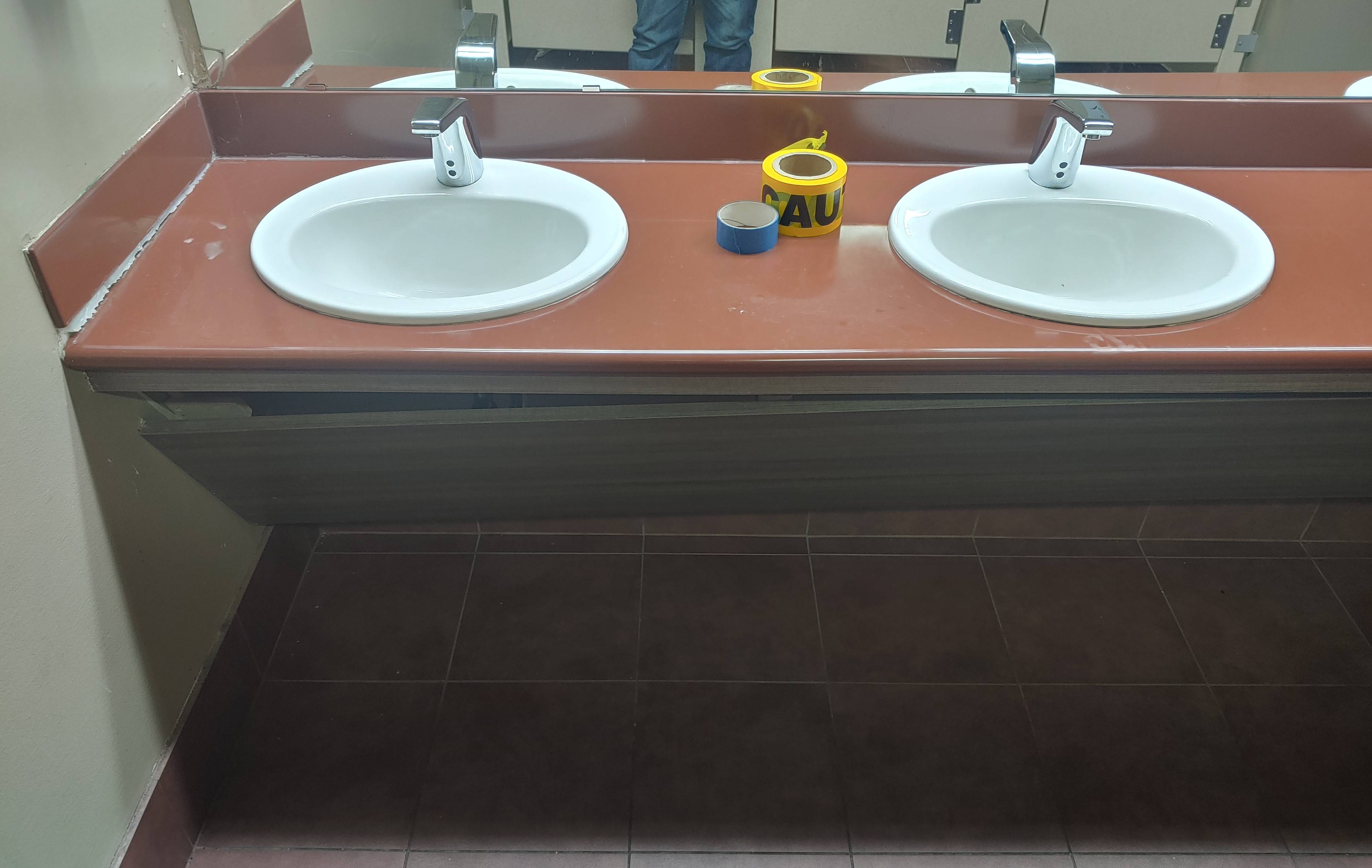 The problem is that whoever installed this didn't screw that side of the supports into the studs or the screws were too short to go into the studs.. Over time, that support worked loose and dropped down a bit and the countertop followed. Looking at the third picture, it appears that someone tried to fix this before and added a shim to raise the cabinet. There's a few extra screws in there too.

Remove that front piece so you can get in there. Get a jack and a piece of 2x4 and lift that front edge until it meet up with the bottom edge of the backsplash. Remove the screws and straighten out that side piece that's against the walls, so it's flush against the walls and top of the countertop. Now you're going to have to hunt around and find the studs and screw the side piece into them. Make sure your screws are long enough to go through the 1x3 at the top, side piece, the drywall and into the studs. That might be why it failed in the first place. Then clean and re caulk the countertop to the backsplash.

The side gables support needs to have shims between the back, bottom side and the wall. Screws are not meant to be used as a structural solution. Screws are there to hold structural parts. The gable (the angle piece under the countertop) is what holds the weight.

Loosen the screws, insert cedar shims and tap them snug with a hammer until the c-top is level and flush with the backsplash. Reinstall the screws.

I've been a finishing carpenter for 25 years, trust me on this. 👍

JordanJordan
1
New contributor
Jordan is a new contributor to this site. Take care in asking for clarification, commenting, and answering. Check out our Code of Conduct.
Add a comment  |

Not the answer you're looking for? Browse other questions tagged bathroom repair maintenance countertops or ask your own question.

1
How can I fix a screw that has been stripped
5
How should I vent bathroom exhaust fans in an old brick house with slate roof?
11
How to fix small holes/separation in caulk around bathtub?
1
How can I repair a granite countertop where multpile chunks have broken off?
0
Rusty marks on bathroom sink top
0
How to fix this sink
0
How can I repair the degraded surface of a concrete slab and wall?
1
Identifying countertop material and removing mug rings
0
Fixing Pitted Granite Countertops
3
How to repair this hole in our bath?