One out of four holes in this bracket miss the stud - what would you do?

I want to mount some mesh on the wall in my kitchen to increase pan/utensil storage space. The mesh I have acquired isn't too heavy but when laden it will.

It's designed to slot and hang on grooves off four brackets. The brackets are diamond shaped and have four holes for screws in each corner of the diamond.

The issue is that the stud behind the drywall isn't wide enough to position the bracket over it and all four screws hit a solid enough bit of wood. Stud is as wide as the pencil marks in pic.

So as far as I can fathom, I either:

Thanks so much in advance for your help. 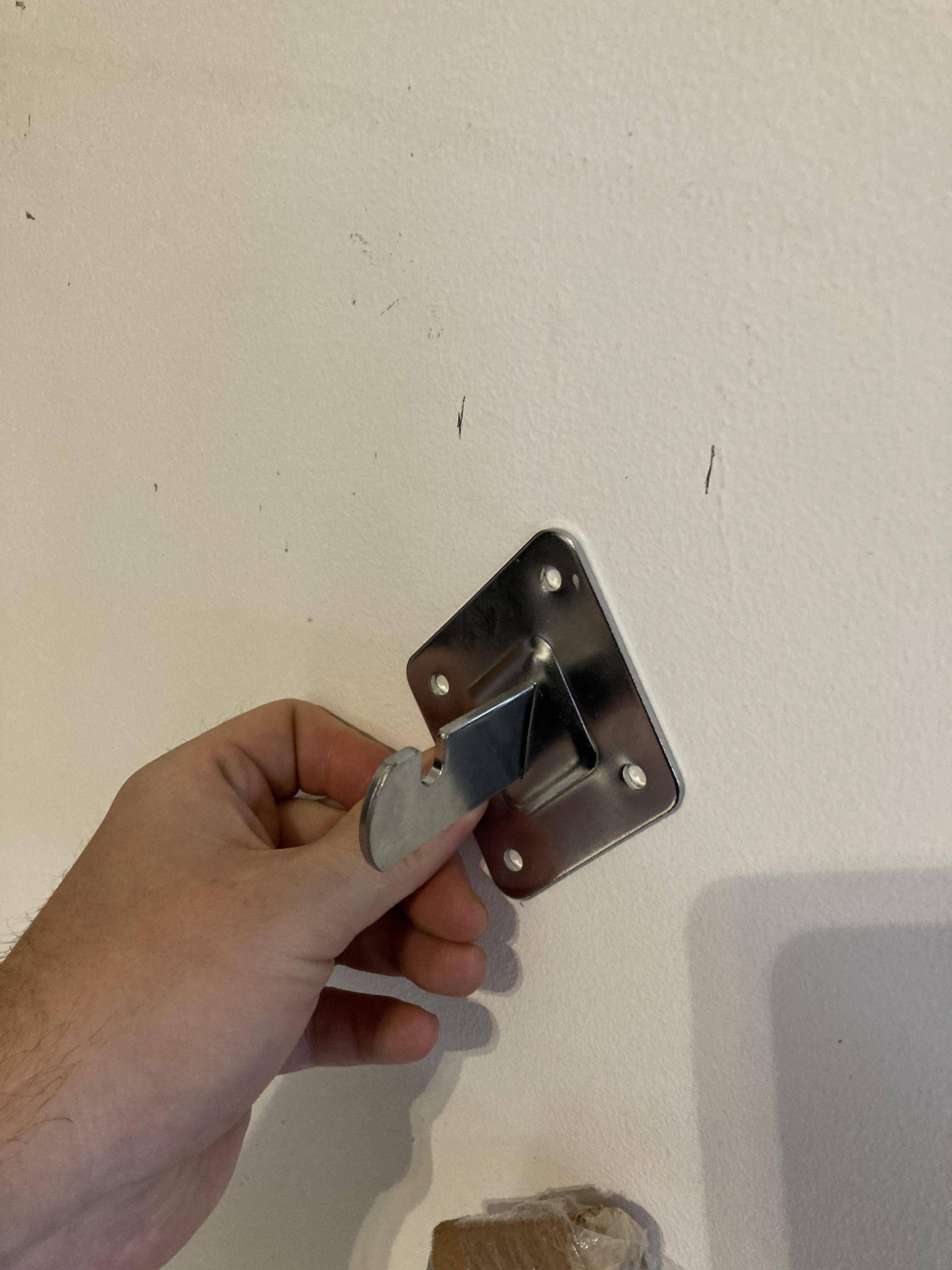 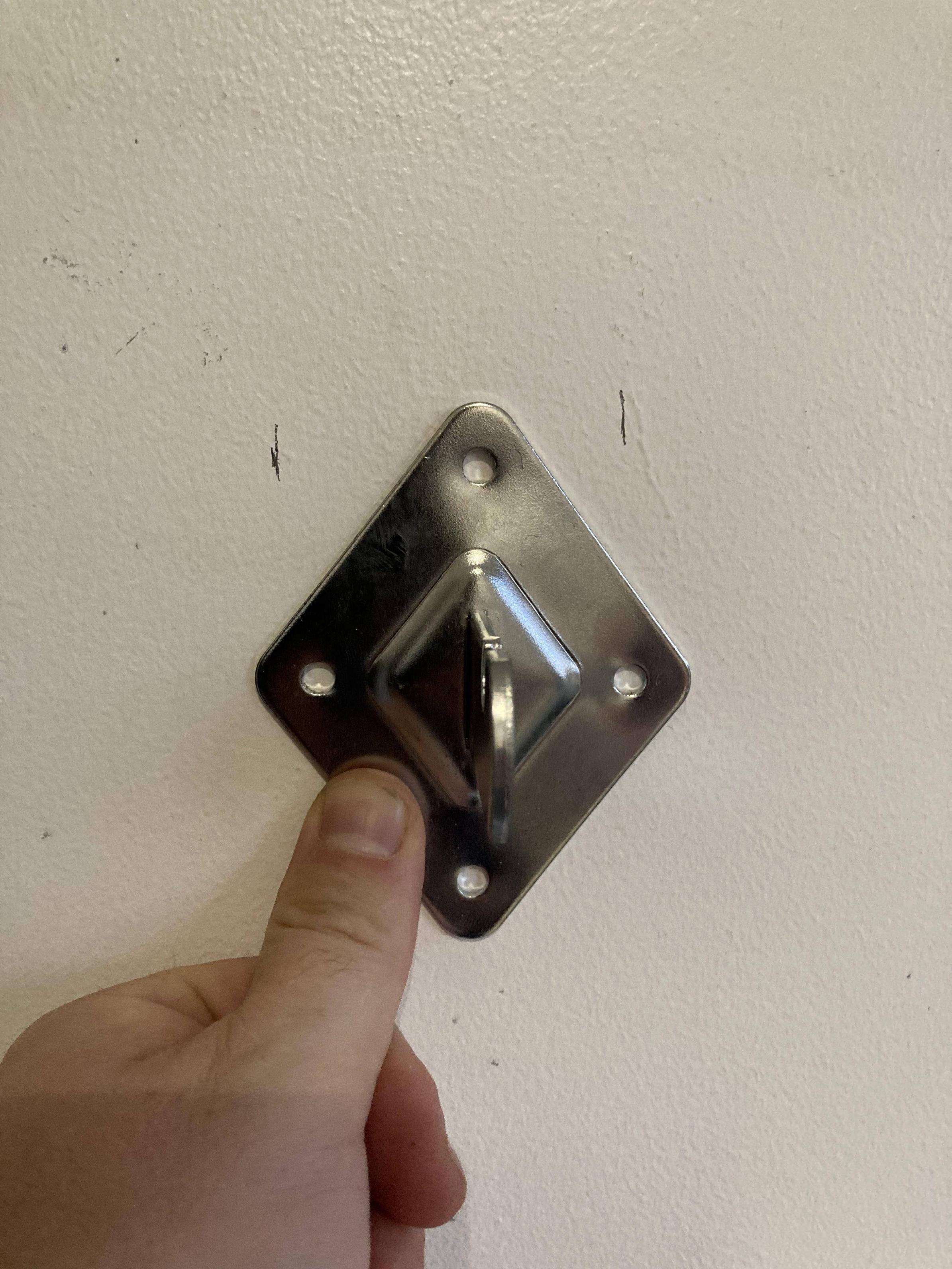 Two screws (of adequate length) are plenty here. You won't pull them out with a dozen cast iron pans.

Use the largest screws that comfortably fit the holes and penetrate framing lumber about 1-1/4". Pilot just a bit smaller than the screw shank.

I would not use drywall anchors. They're unnecessary and likely to either hold the bracket off the wall or show around the bracket.

If you want to install screws for appearance, just run them into the drywall very gently. Don't strip them. They'll stay put.

Centre the top and bottom holes to the stud and use drywall anchors for the other two if needed.

A stud is only an inch and a half wide, A screw right at the edge of a stud not much use.

Could try to angle the two side screws towards the stud centre for greater holding power.

9
Can I use a drywall anchor in a stud to hang a shower curtain rod?
1
Did I miss the stud when I drilled into the wall?
4
What distance apart should metal stud securing brackets be placed?
0
What are the best practice in drilling anchor screw holes in right locations?
2
What kind of wall do I have, and do I need anchors?
0
Concrete column/structure behind drywall
1
Vertical radiator on single stud?