What is this box attached to the back of the house?

The house was constructed around 2000. I can't find any kind of identifying markings, and it's in the back of the house above the boiler (not near any incoming utilities which are in the front). It's roughly the size of a faceplate and about an inch deep. The bottom has a cable going into the house that seems to match some of the cables used by the boiler like the ones for the thermostat, maybe 18 gauge or smaller. It may be connected to the boiler somehow, there is insulation stapled in place and I haven't detached it to see where the cable goes but it's difficult to get to being above the boiler.

I tried to unscrew it to open it, but I ran into resistance turning counter clockwise and eventually broke the plastic inside, now it just spins freely.

When trying to pry off the cover, it has some movement around the edges, maybe a few millimeters, so it's not glued shut. However it is still on pretty tight

Any idea what this could be? 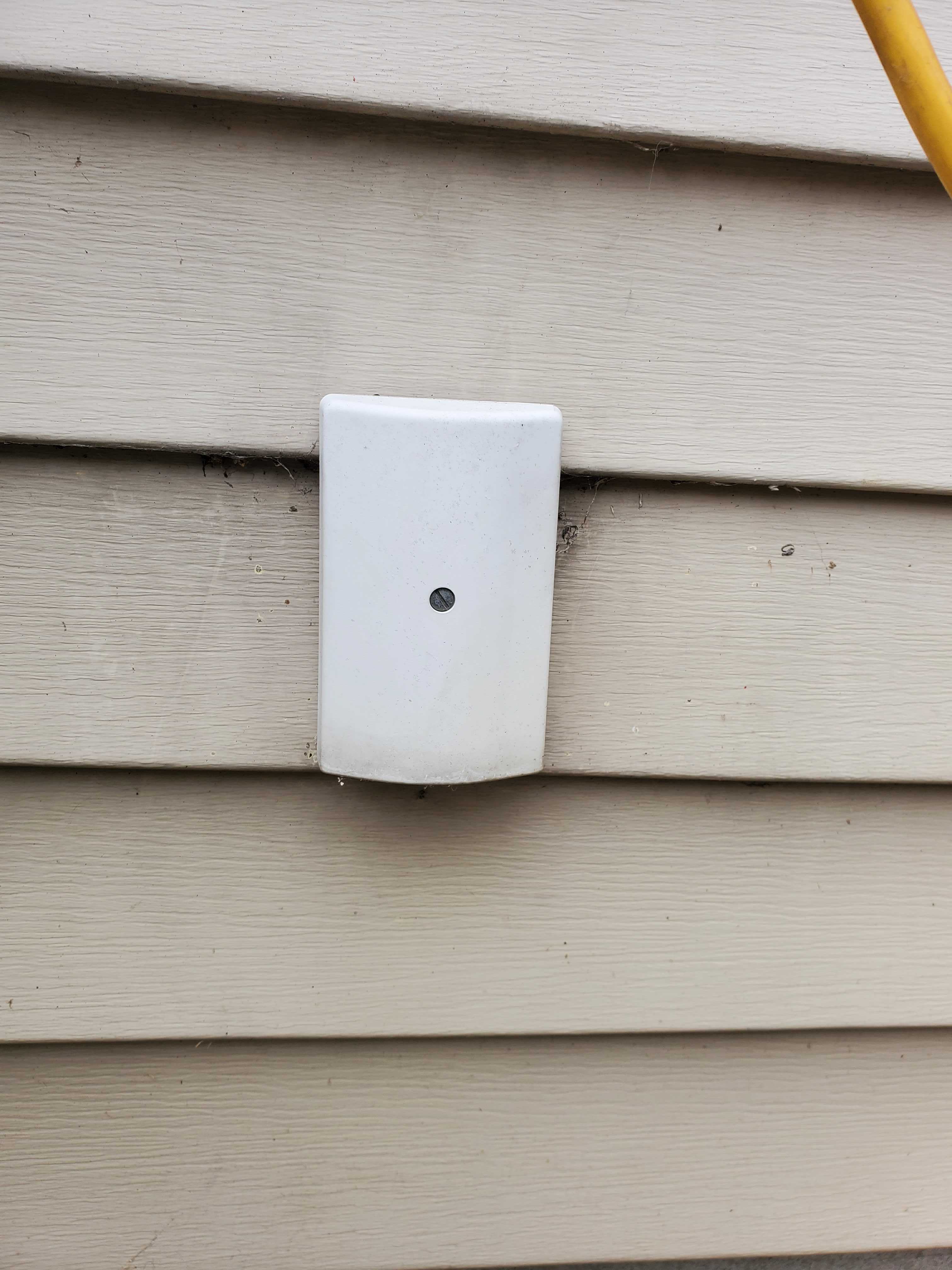 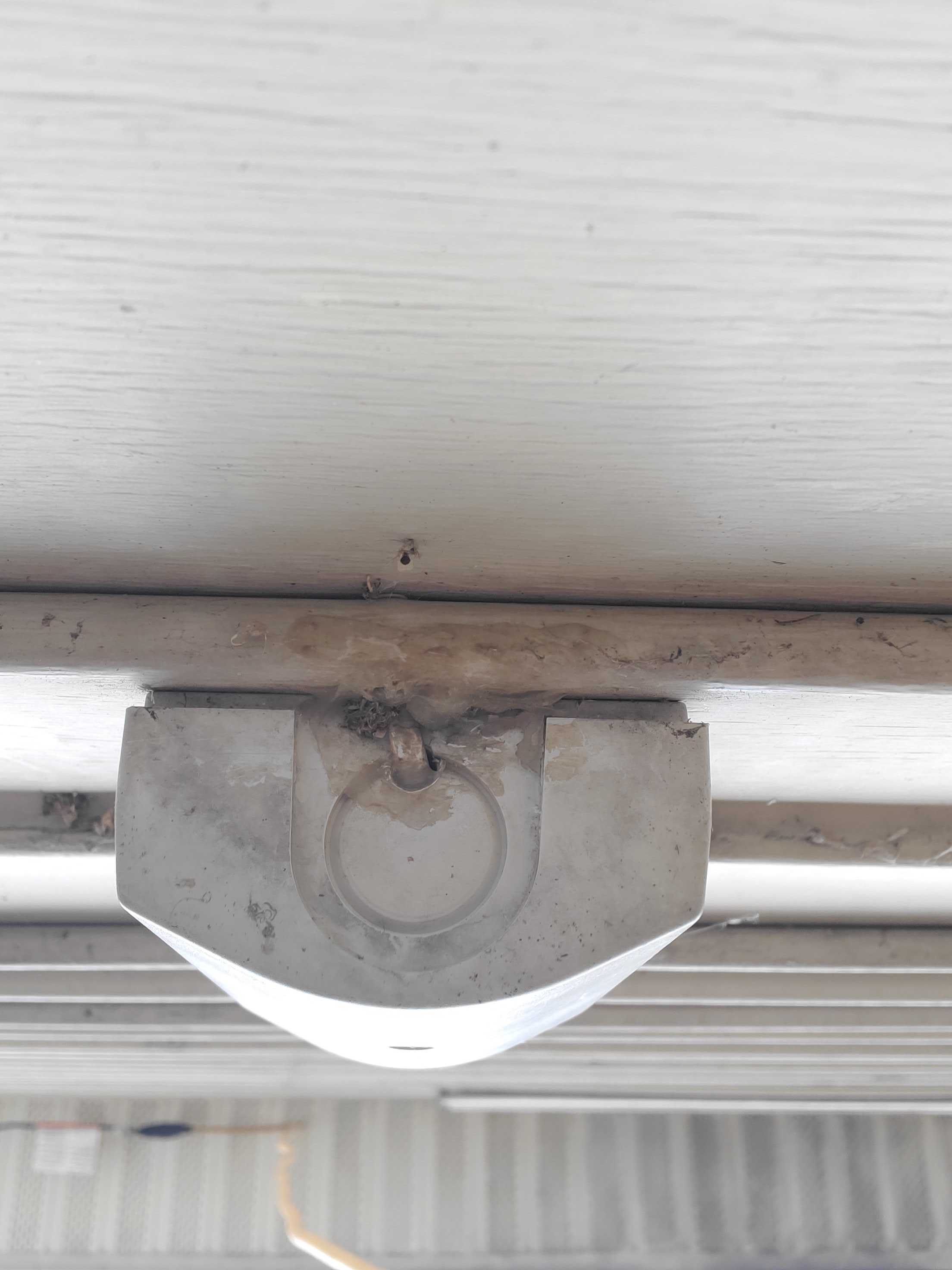 Thanks to @crip659 for the tip that helped solve this. It is a Boiler Sensor - Tekmar Outdoor Temp Sensor - Tekmar 70. Combined with the Tekmar 256 Boiler Control. It can be used to adjust the operating temperature of the boiler. An example would be if it were below freezing, it could be configured to operate at 180F, while if it were warmer outside, it could be configured to run at 130F. It is supposed to save energy and also help prevent the room the boiler is in from getting too hot when it is warm outside. I do have this controller inside. 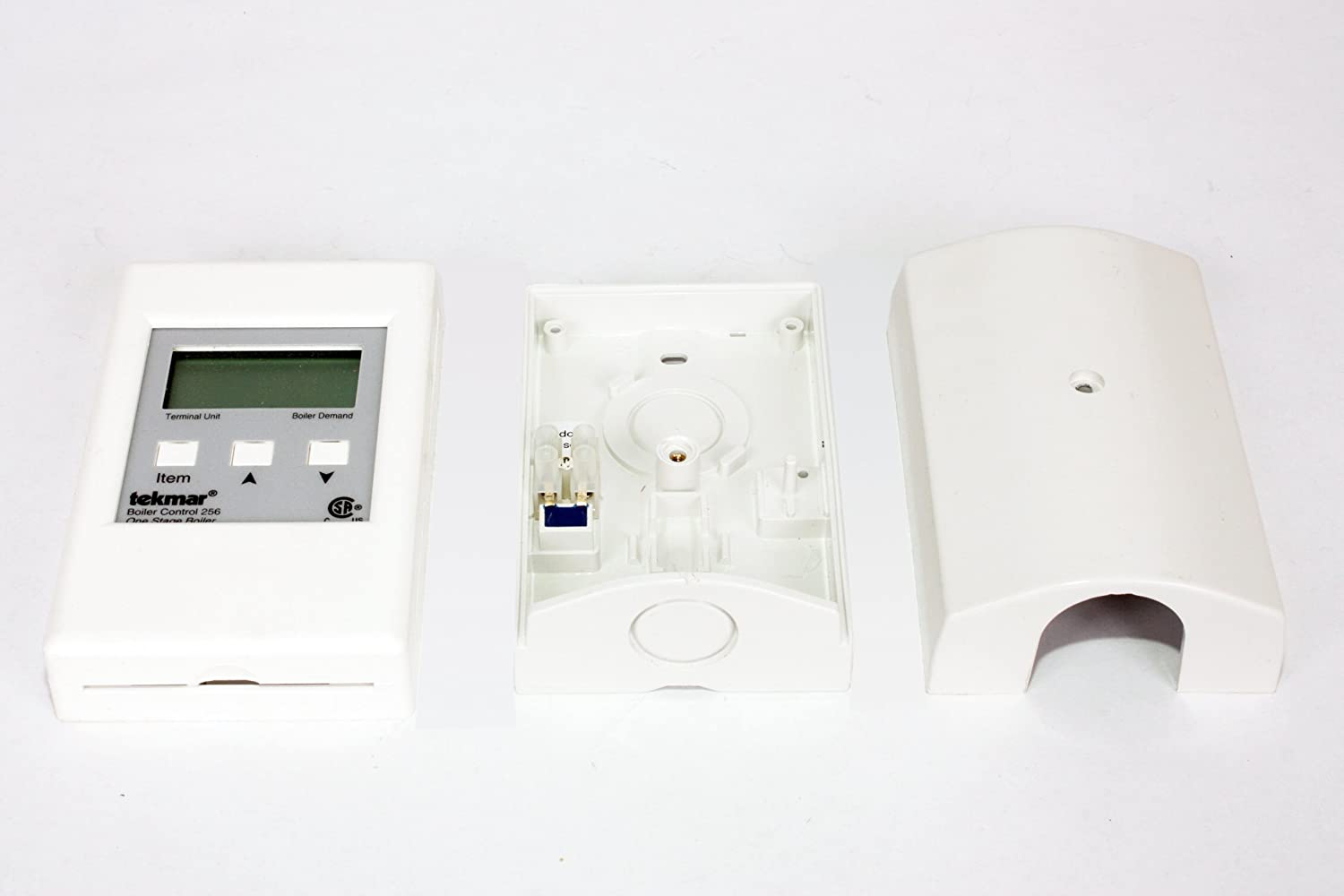 Not the answer you're looking for? Browse other questions tagged boiler or ask your own question.

2
What alternatives are there to a gas boiler for private house?
3
What is the proper way to drain a boiler's expansion tank?
3
What would cause this bad flame pattern in my boiler?
4
Can baseboards be used in one pipe steam heating system?
2
What is the name and function of this thingy seen attached to many boiler pipes?
2
What is this black device on the wall of the furnace/boiler room?
2
What are these controls attached to my boiler for?
1
Is there harm in using my mini-splits in conjunction with my hot-water baseboard heat?
3
Thoughts on furnace generator transfer switch install
0
Can't get boiler to stop heating! It's 80 degrees in the house