Supporting shelves in an alcove

I want to put three shelves into an alcove, as pictured below. The shelves will be pretty basic 20mm timber rectangles with one or two braces; once they're all secured I'm planning to put plasterboard over them and repaint the wall.

The tricky bit is how to secure them. There are plenty of studs on the back wall, but I want the shelves to be relatively shallow, which means they won't reach to the studs on the side walls - which is where I'd really like to anchor to avoid the front sagging forward under load. I don't want big visible brackets hanging under them. I've seen people do some crazy stuff for floating shelves where you put threaded rod right through the shelf and a stud behind it, but I'm wary of anything I haven't seen done outside a Youtube video.

My current idea is to open up the gyprock on the left and right and use angle brackets to put in floating studs (probably secured off the noggins / cross-members between "real" studs) right where I'd need it to be for my shelves. I'd have to patch the plaster up but it seems particularly secure and I'm painting anyway. Is this a stupid idea? The idea of being able to put a self tapper through that leading edge right into solid timber makes me feel a lot better about putting any serious weight on them.

These shelves are just going to hold books, but given the width I expect it'll be a decent amount of weight. Shout out if you think 20mm / 3/4" pine won't be able to take that kind of span without bowing, or if there are other obvious things I'm missing! 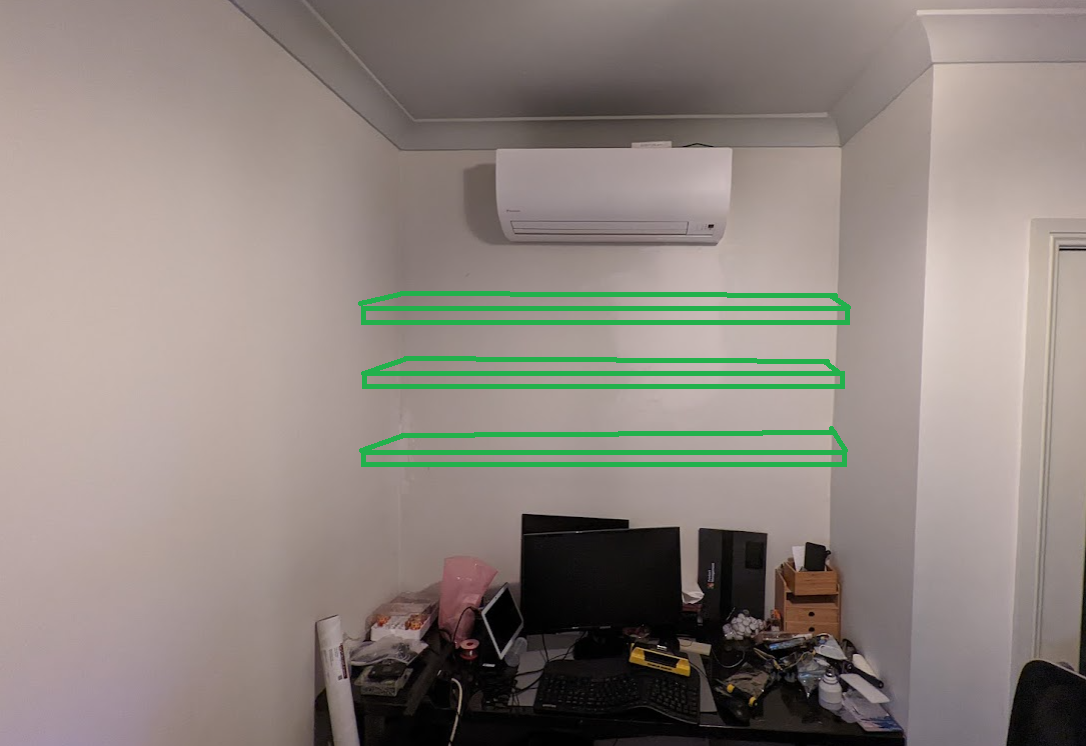 Putting horizontal bracing between the studs on the side walls so you can screw proper shelf supports (of whatever design you choose) would be the ideal way of dealing with this issue.

Normally, blocking is nailed through the stud and into the end of block. Doing so in your case would require opening up 3 stud bays, 1 for the block and 1 on each side to gain nailing access. For strength, that would probably be the "ideal" way of doing it, but it's going to require a lot more refinishing work and you may determine that's not worth it.

You could toe-nail the blocking in place. Drive a nail at about a 45° angle into the blocking and then the stud. One nail on each end from above and below the blocking would probably do it, especially if the blocks were accurately cut and were a snug fit. You do not want to nail into the face of the blocking or studs, as you're likely to leave things sticking out that will impact getting the drywall replaced smoothly. This will impact a small patch piece more than it would a full sheet. For toe-nailing, I've found it's much easier to use a framing nailer to drive the nails as it's much less likely to have the piece being nailed move from the one swift blow of the nailer than it is when hand hammering a nail. Maybe it's my lack of experience/technique. You could also use screws for this particular application. I'd be happy using some 4" framing screws to hold up some shelving.

There are welded metal floating shelf hangers on Etsy. Fantastic products. That is probably what you are looking for. Not sure on the link to the third party source... 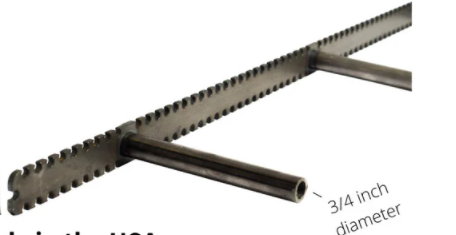 2
How should I build a low profile stud wall in a basement?
1
How tight should studs be when framing in place
0
Hidden/Floating Hardware for Solid Wood Alcove Shelves?
1
Is 11 - 12 inches of overhang on a shelf too much?
0
How can I connect floating 2x6 wall plates to 4x4 posts?
0
Are there rules or gotchas for boxing in a drain riser?
1
Floating shelf leaning forward/sloping down
0
Closet Shelving Crossmember