Can anyone explain how this wiring could work? (UK)

This is how a bathroom lightswitch is currently wired... it works. But how?? (There's also a fan isolator switch supposedly connected to an extractor fan in the bathroom, but it apparently does nothing -- the fan never ran, even after it was replaced with a new unit.)

Thanks for any explanation! 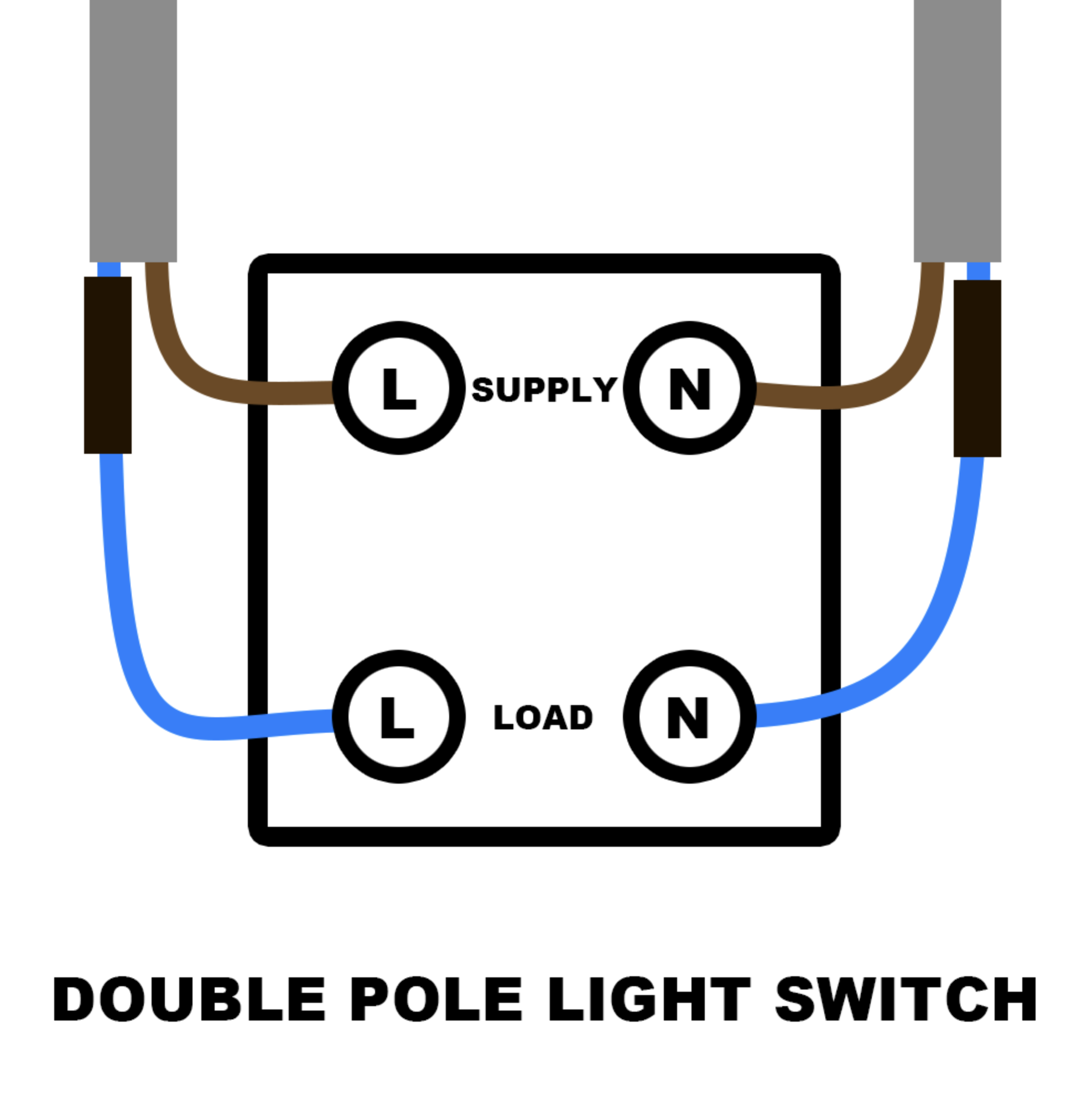 Here's a photo, showing this wiring in action. And yes, it works fine. We can't understand how, or what the electrician who installed it was attempting to do. 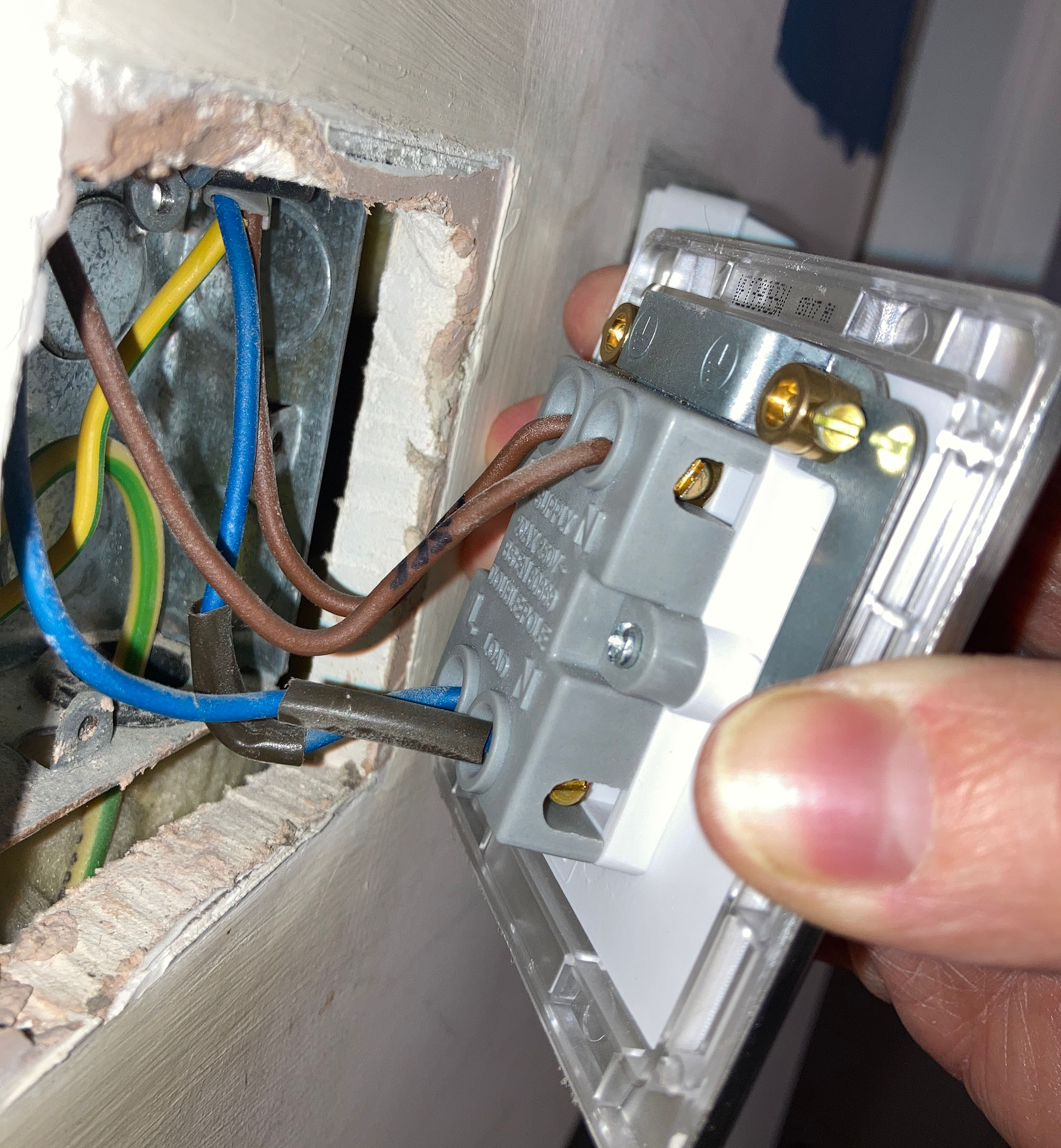 Due to interest, here's the extractor fan's wiring: 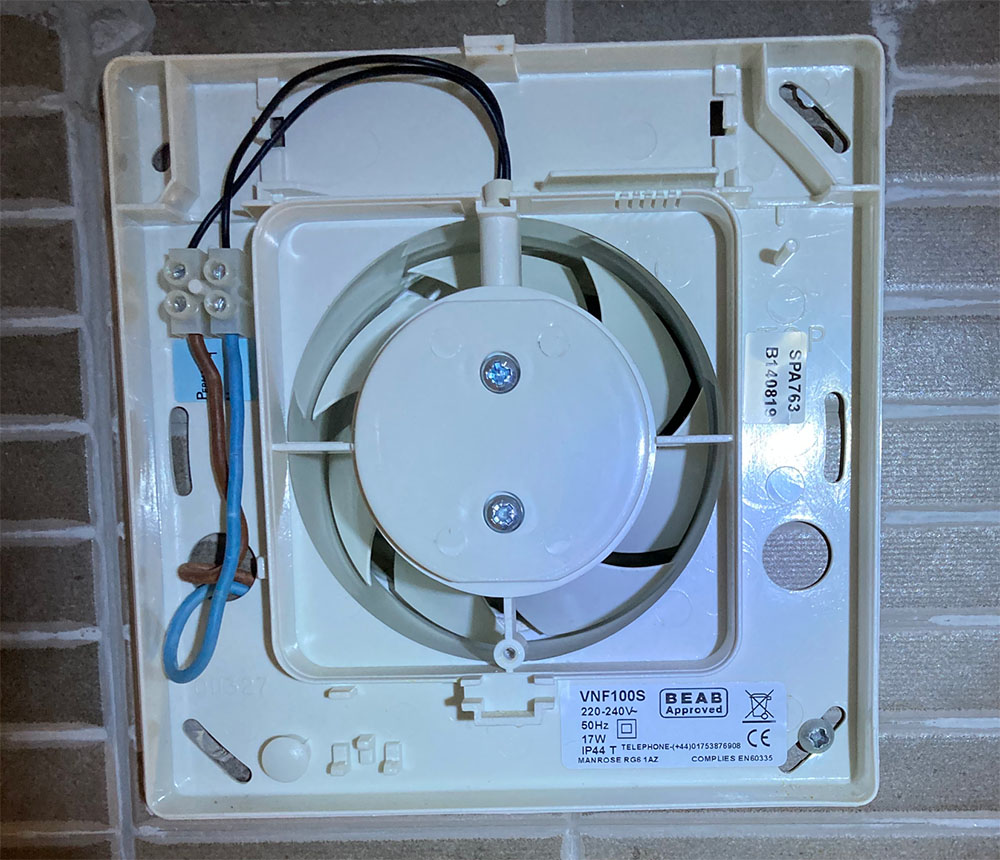 And the fan isolator switch's wiring: 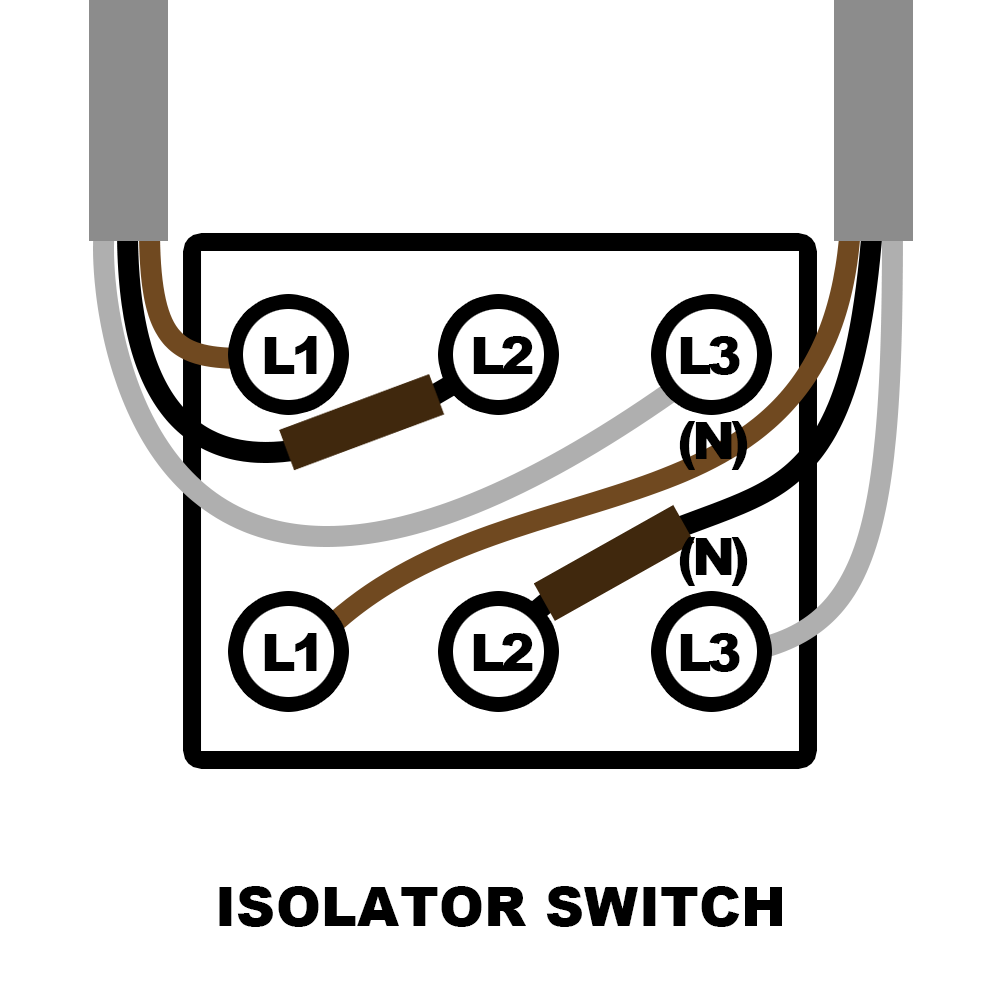 And as a photo: 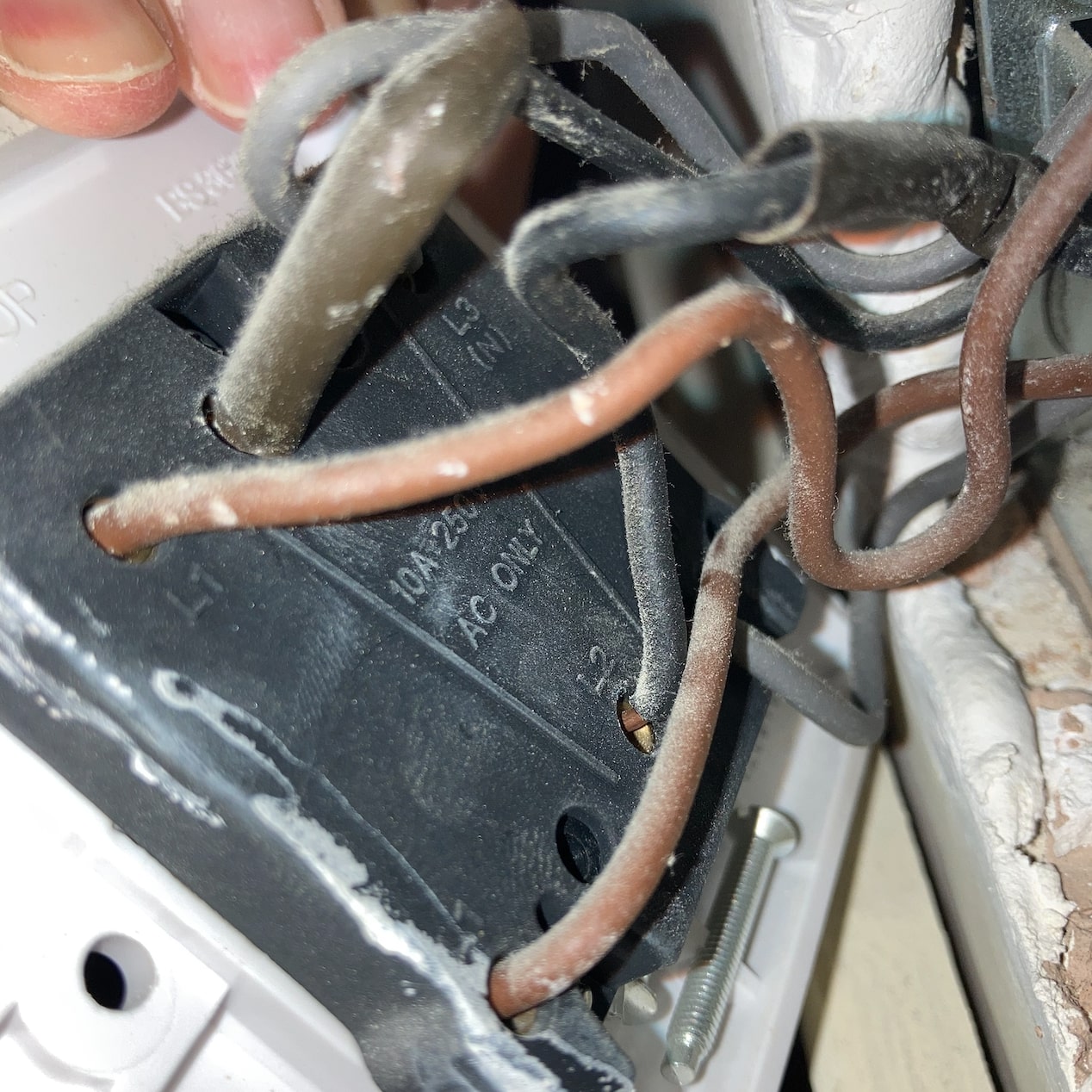 It remains a mystery how they're all connected.

This is marked as a "double pole" switch, and the terminals are marked "supply L&N" and "load L&N".

I think, with a little guessing, the switch is designed to isolate both the live and neutral sides of a device from power. What kind of device, and why, is not clear to me. If you know any local experienced electricians you could ask them how they've seen this kind of switch used in practice.

But the way it appears to be used in your house is to switch two different lighting circuits. You have two switch loops there, operated together by one switch. I can only guess why this would be done, rather than using a more typical pair of switches:

You could disconnect each blue wire, one at a time, to see what the two loops each control and whether they are on the same breaker circuit.

Not the answer you're looking for? Browse other questions tagged electrical wiring uk or ask your own question.

2
De-coupling fan and lighting switches?
2
Could you explain this ceiling light wiring?
2
How can I wire this bathroom fan into the middle of an existing circuit?
2
Why do I have multiple connections on a single common connection?
1
Trying to wire a new light fixture in the bathroom - what is going on with these wires?
10
How to diagnose a lightswitch that appears to do nothing
0
Old ceiling fan took separate hot wires for light and fan motor; new fan wants a single hot wire