One of concrete slabs in our driveway has risen around 10 cm (4 inches) at the higher end and around 5 cm (2 inches) at the lower end as in the photos below. The slab is around 3 meters (10 feet) wide, 5 meters (16 feet) long, and 10 cm (4 inches) thick. It is also on a slope of about 20 degrees. When we bought the property around four years ago, this has already happened and there was a massive leopard tree around 1.5 meters (5 feet) away from the raised driveway section. We thought the tree was the problem so we removed it and had its stump ground. I also drilled several holes on the remaining stump and injected them with a tree poison diluted with kerosene. However, the driveway concrete slab seems to be still rising, although very slowly.

Were we right by considering that the tree roots had raised the driveway? Can the roots of the tree that we cut still be growing and pushing the concrete up? What would be the most cost-effective way to deal with the problem and prevent any further trouble? 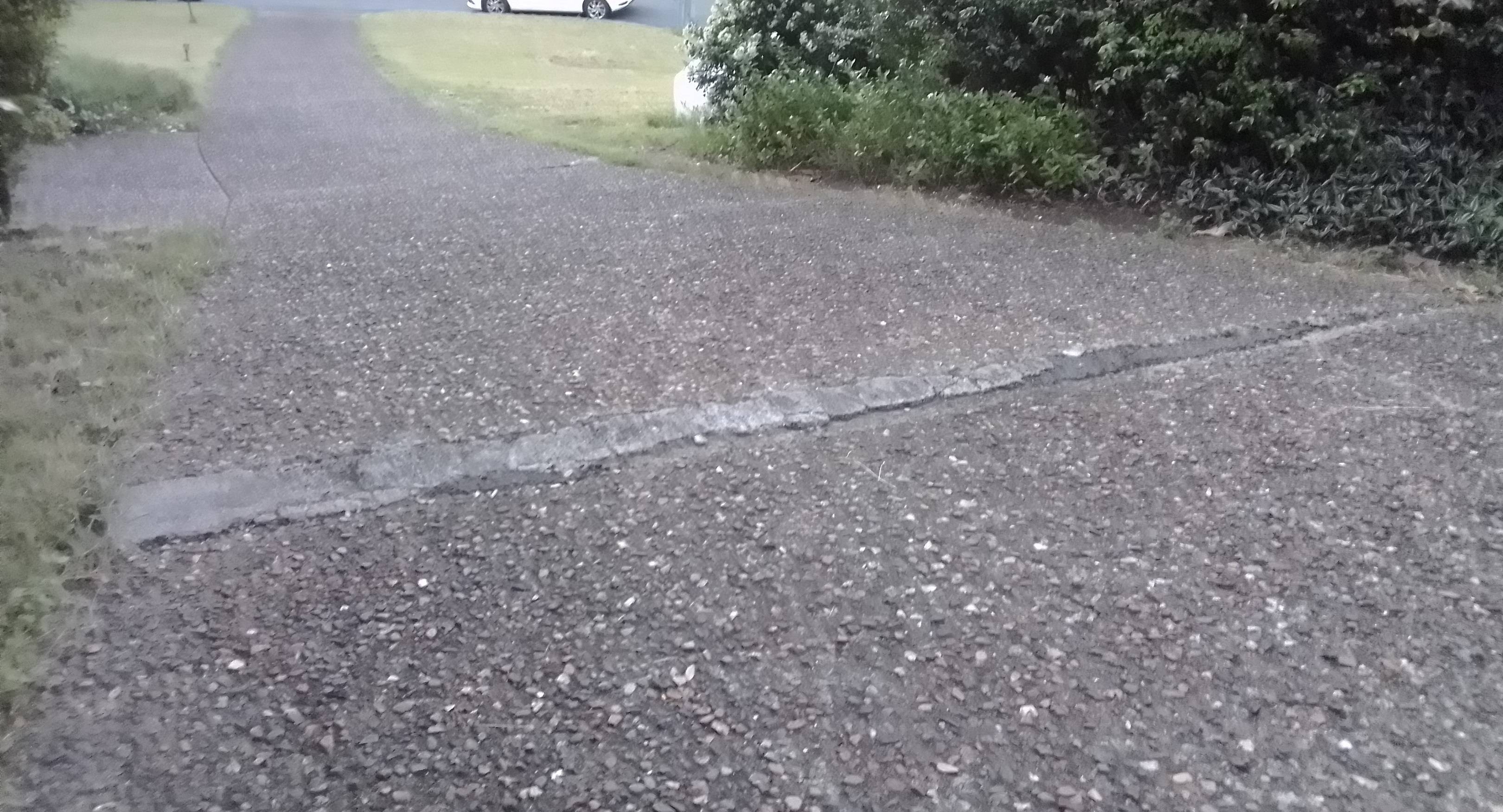 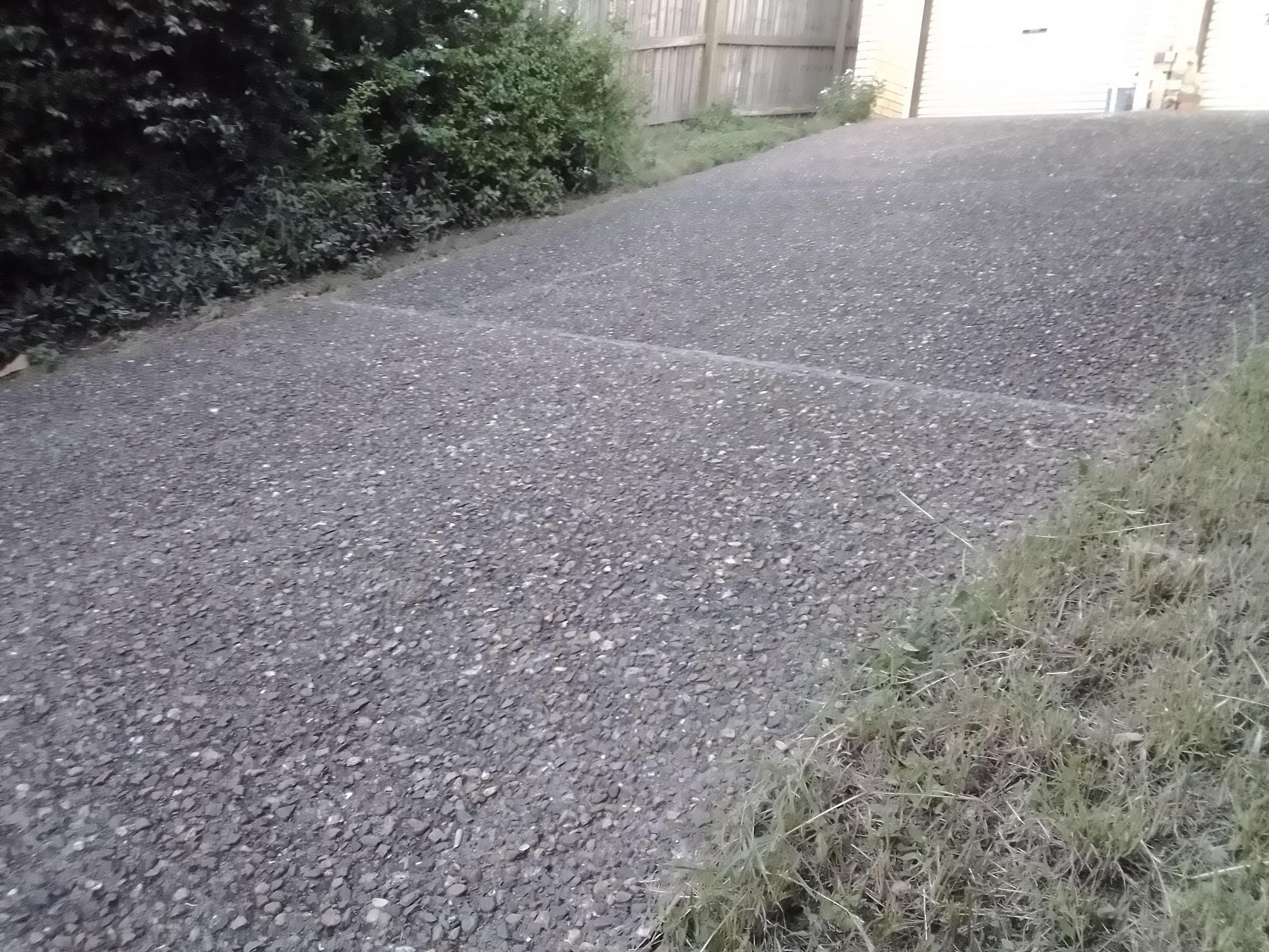 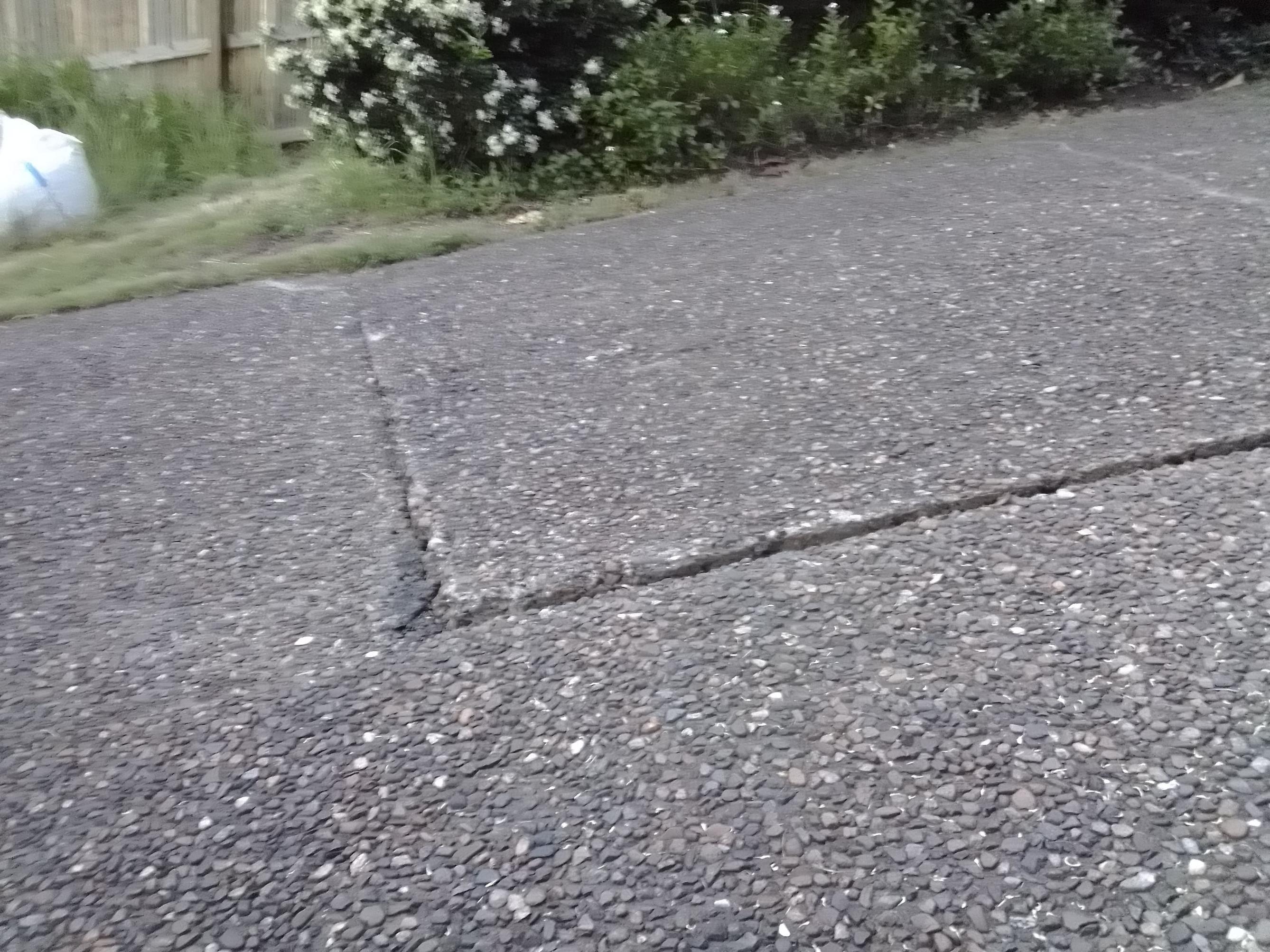 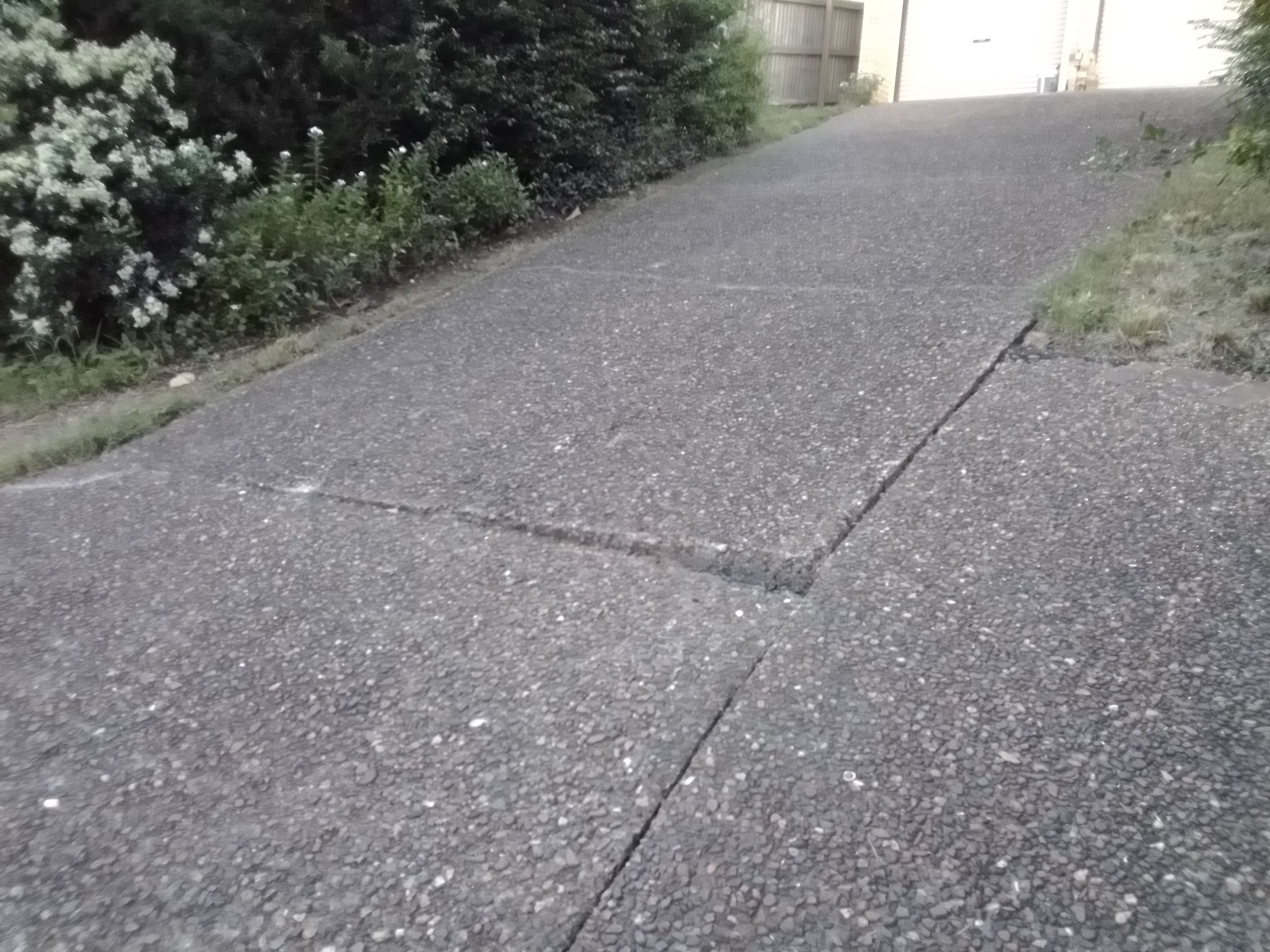 It's hard to be certain about what's underground but here's what I see from your pics and description:

So I'm guessing the slab is not being lifted, but is falling on the opposite side.

Driveways cave in, commonly, from poor preparation underneath. Any roots, stumps, logs, or leftover construction wood left underneath the driveway during construction could eventually cause the drive to subside as they rot. Perhaps the previous owner removed a tree, as you did, and its rotting roots are just now causing this problem.

Another cause could be erosion of sand or other driveway foundation. Can't see in your pics but that can happen along the edge of a driveway if water streams down the edge during storms.

Another cause could be ice .... you would probably know if this was it, from the timing. The exact way that water collects and then freezes under the driveway during winter will cause a pattern of heaving and lifting. It's possible that water collects under the high corner of that slab and then freezes and lifts it. But if it's happening slowly during the summer this is probably not the cause.

Not the answer you're looking for? Browse other questions tagged concrete driveway slab tree or ask your own question.

3
How can I level concrete pavement for an above-ground pool?
0
how can I check to see if a 4" slab of concrete was actually poured?
4
Can I sink existing concrete?
5
gravel under concrete slab? is it absolutely required?
0
Is there a way to remove a root from under a walkway to bring it back to level without getting the walkway redone?
4
How to lift/raise/repair a segment of concrete slab?
1
When to Repair Versus Replace Concrete Slab?
0
Can I build a porch extension on a slab?
5
How can I remove these tree roots grown under the concrete slab?