Can rainwater seep through a single-layer brick wall in large quantities?

There is some not-so-small amount of rainwater entering our basement from the top of a window. I have checked the roof and gutters and fixed all cracks in the mortar between bricks on the exterior wall. I have also sealed around the window carefully. I can't find where the water can get through. The problem seems to be an old one as some timbers around the window frame have rotted.

How common is it for rainwater to penetrate brick walls and what is the best solution?

The house is built in early 1970s, I don't see any weep-hole anywhere on the wall, and we never get snow or icing conditions. Here are some photos from outside and inside: 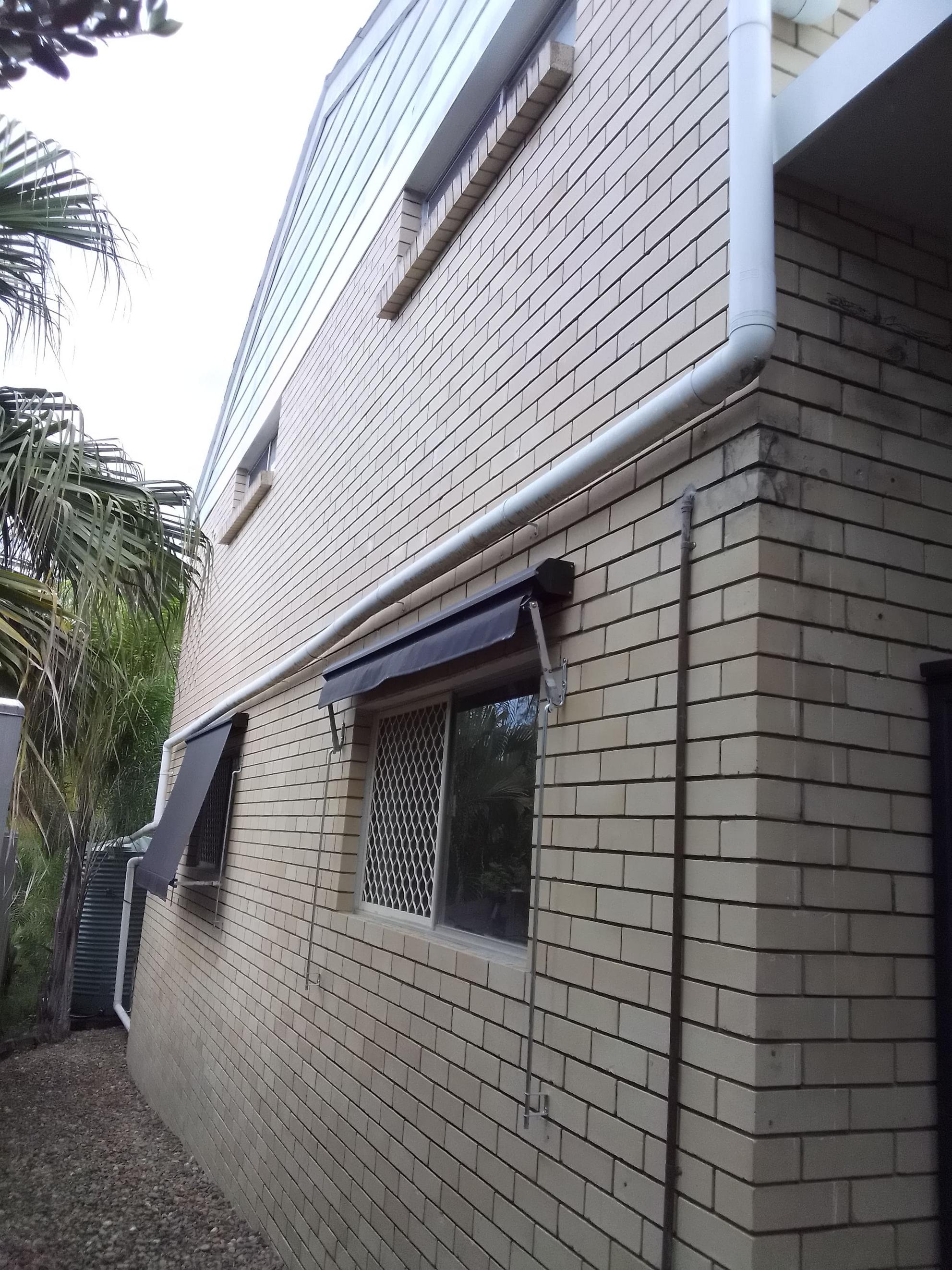 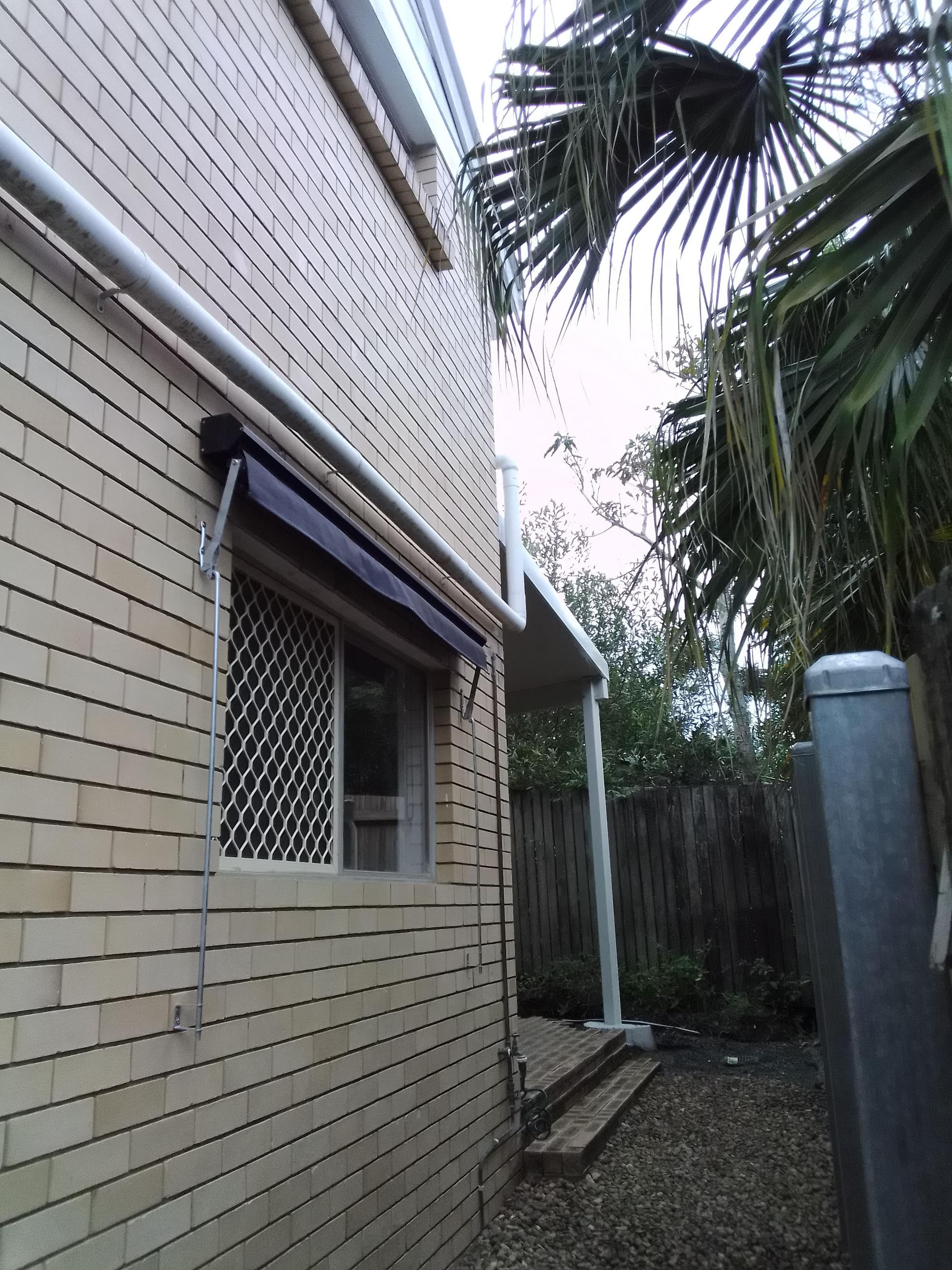 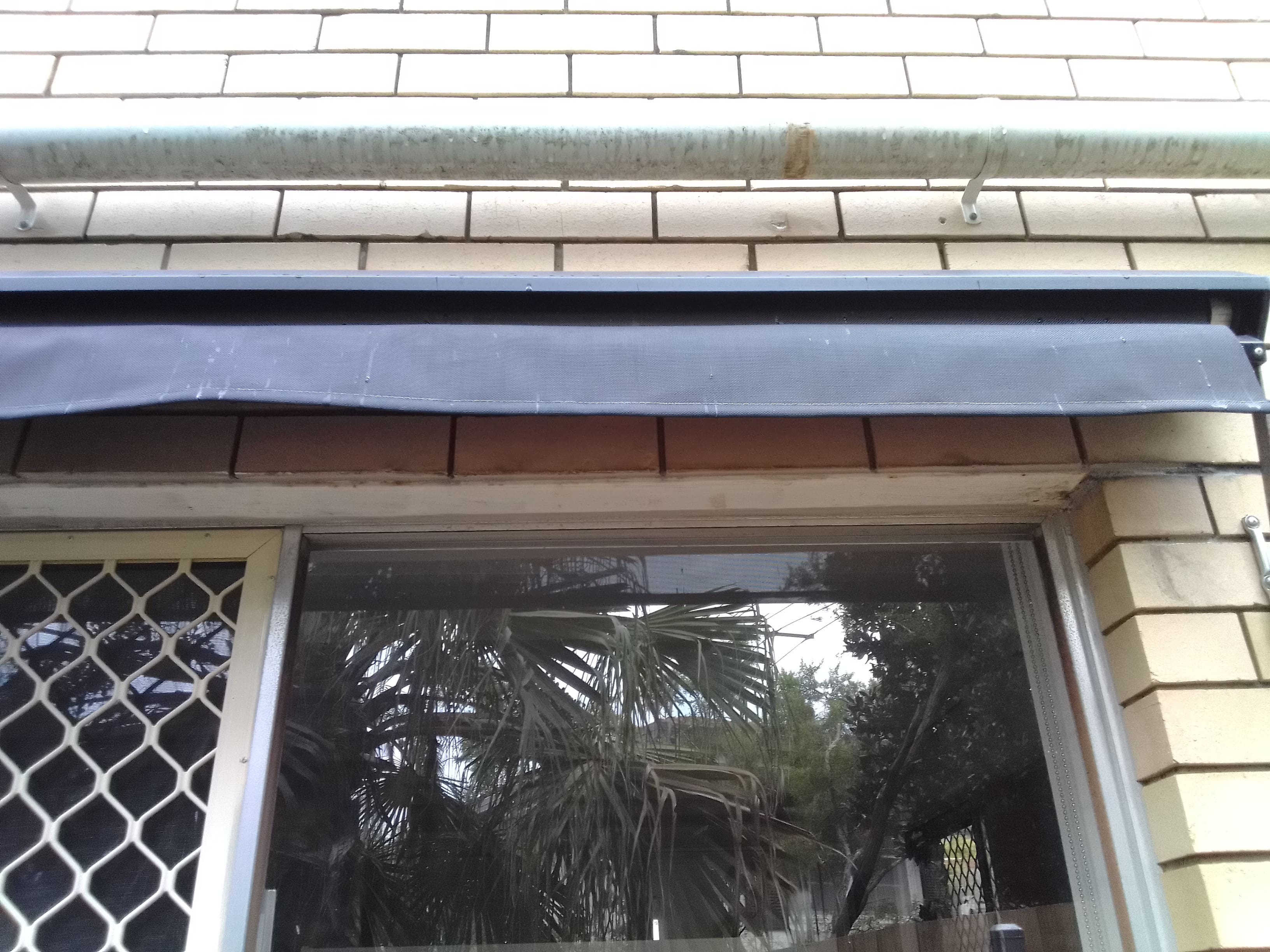 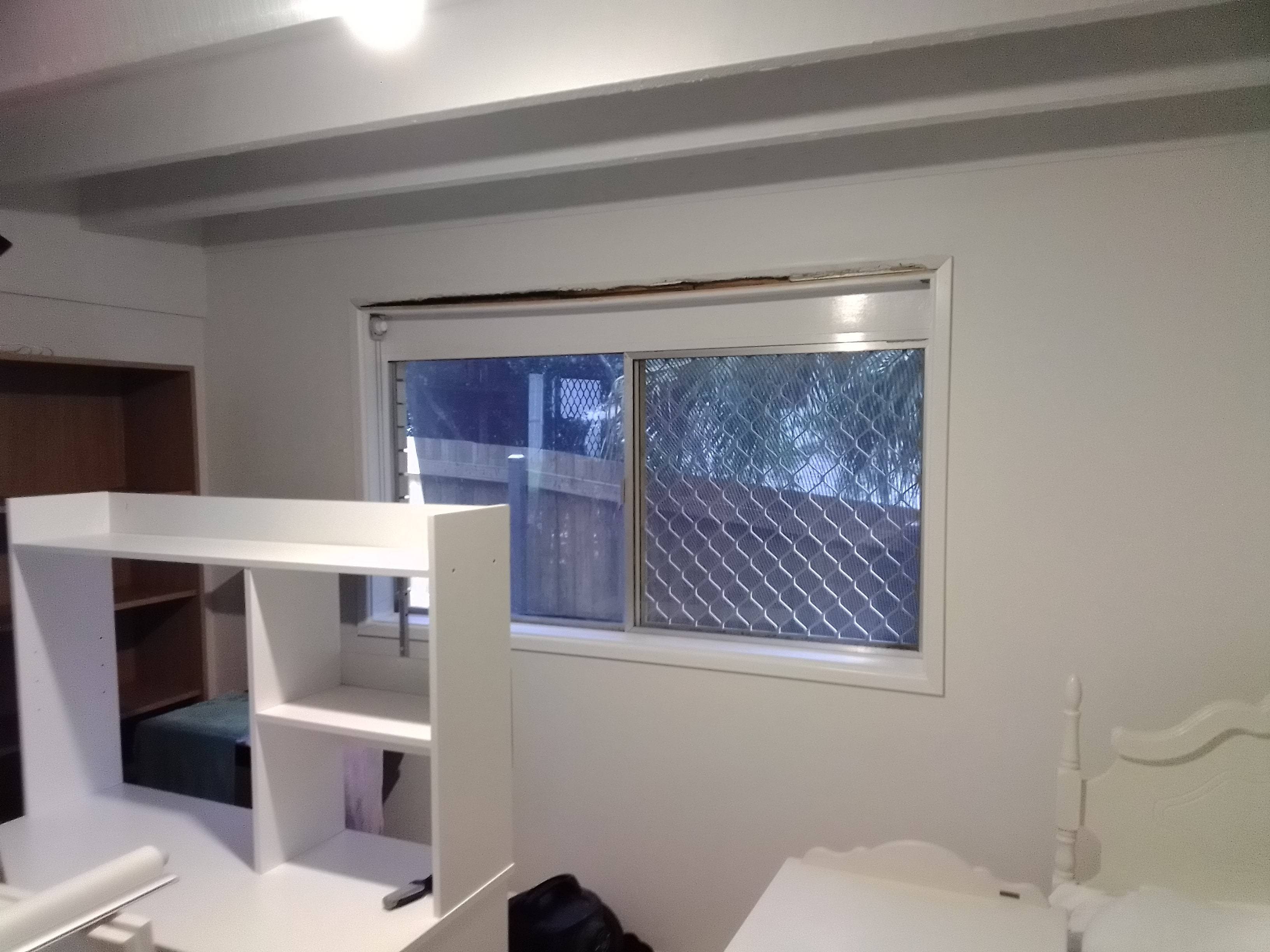 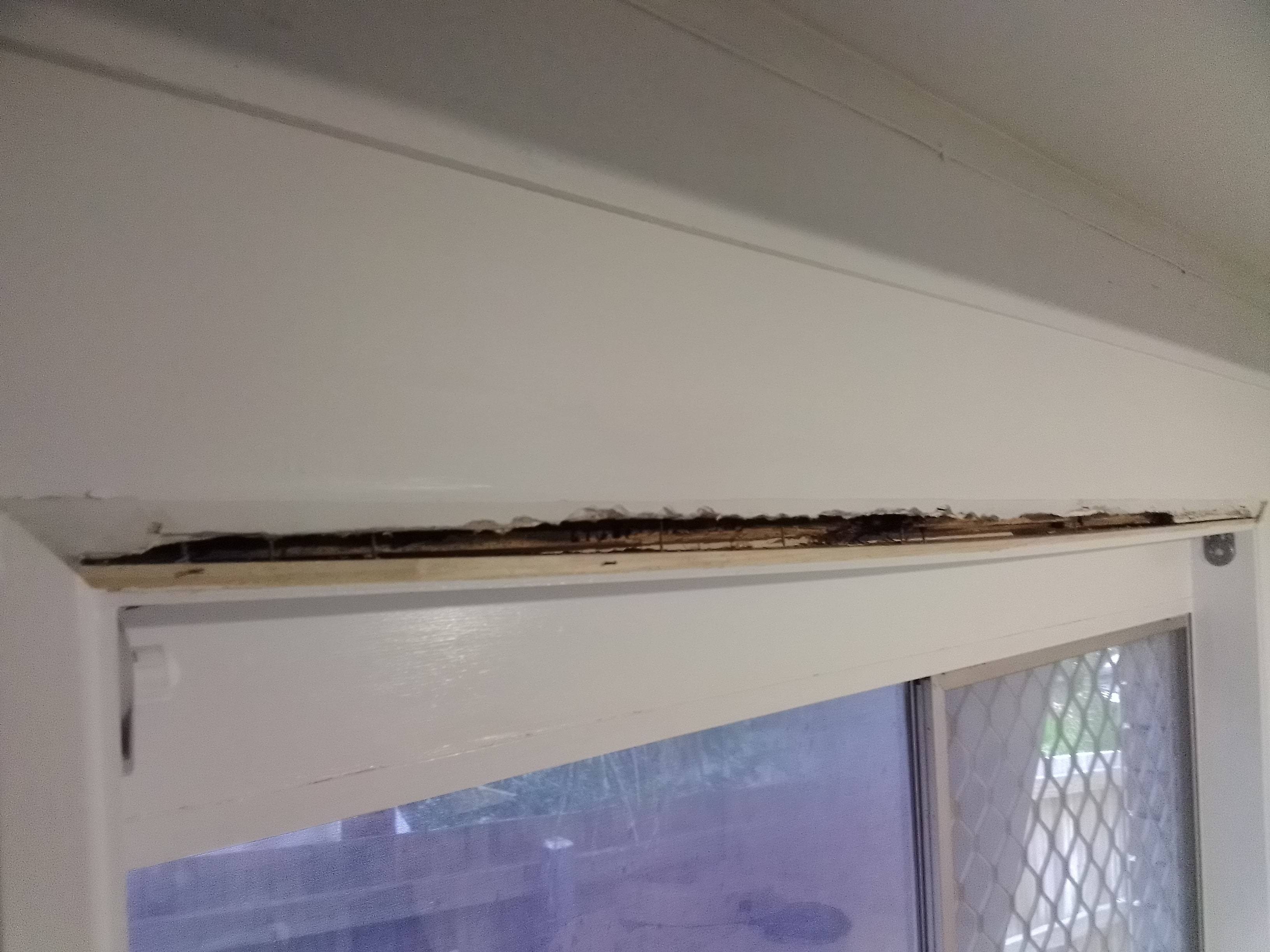 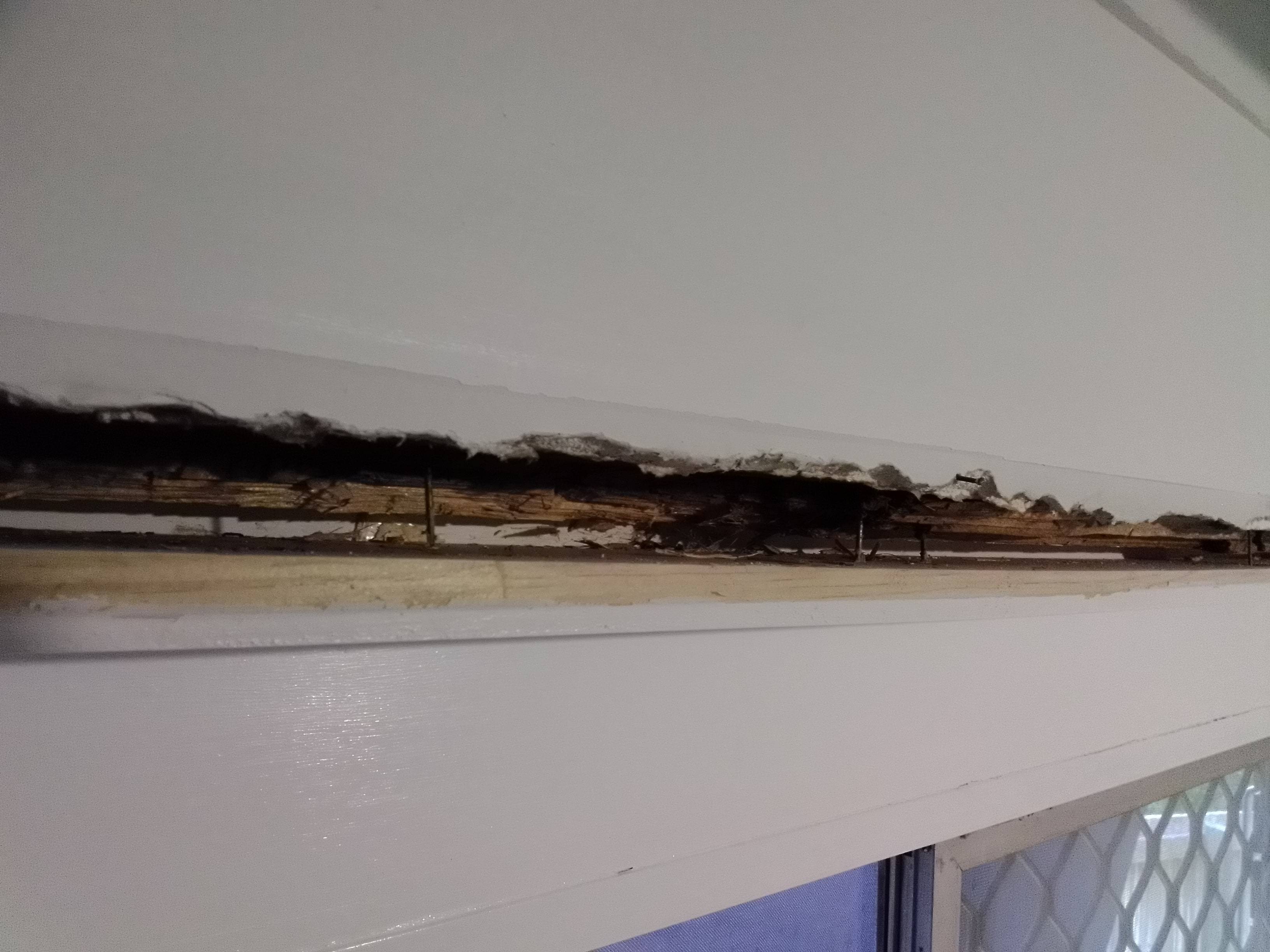 Bricks are porous. A single layer is called “brick veneer”. Brick veneer is installed on a structural back wall.

Usually it’s a wood frame wall with a moisture barrier applied to a layer of plywood. This moisture barrier is sealed at the bottom AND the bricks have “weep holes“ to allow the moisture to drain out. Weep holes are merely spaces in the vertical mortar joints at about 24” on center horizontally with no mortar.

Often those single wythe bricks are painted to try and reduce the amount of moisture that penetrates the wall. (They make a clear coating too, if you want to keep the brick look.)

some timbers around the window frame have rotted

And that is quite likely the source of your leak. It's not the brick that the "not-so-small" amount of water is seeping past, it's getting in through the rotten wood.

I'd suggest looking into replacing the window frame and/or the whole window.

If your house has gutters on the roof, and they are some distance away from the wall, then they form a sort of "umbrella" to stop rain running down the brickwork. Of course, if the wind blows, then rain can be pushed against the brickwork - generally the further down the house, the more is likely to be blown against the bricks.

Bricks are porous, but they're unlikely to pass water through them in any sort of quantity. What they will do is soak up water and hold on to it - that's more what you'd describe as "moisture" or "damp" and will quite happily rot woodwork (quite quickly) if it is in close proximity. There are paints and coatings to try to "seal up" brickwork to lessen their porousness, they have variable benefit though.

As identified, a double-skin of brick (with a gap between) allows any moisture or condensation on the outer skin to simply fall down the cavity to be drained away. On a single-skin brick wall, it's unlikely the inner surface of the bricks has been plastered and decorated into the room. It's more likely you have a layer of something (eg. stud wall or similar), which performs the same function as the inner layer of bricks in a double-skinned wall. In some situations, the outer bricks above a window have "weep holes" to let any water that may be pooling to dribble out.

If your windows frames are rotten, then they're most likely now even more porous than the brick - you can't paint over them to protect them, you'll need to replace the wood. You can (to some extent) do this by chipping out the obviously wet wood, drying the remainder (perhaps after a warm, sunny week) and then putting in filler. Once that's all hardened, paint it all thoroughly. In my experience, such a repair will likely only last a year or two - replacing the frames entirely is the "real" solution. When you do replace them, you can see if there's any sort of moisture barrier across the top of the frame - if there is, then it probably has holes in it, but it's there to stop the water getting into the frames, and hopefully would let water drain out of weep holes (if you have them, or will have them).

After all that, my guess is you have a leak somewhere you haven't yet found (bear in mind that water can find ways through gaps that are so small you may not be able to see them easily). My own experience has shown me that water can find its way from somewhere you think can't possibly be the source, and that just about every detail you disregard will eventually need addressing after several trial and error failures make you more and more desperate to find the cause.

You may also have moisture "pooling" in the top of the window frame (which may be mitigated by weep holes - although fixing the source is better than fixing the symptom). This may be the cause of the frame rotting more quickly than wind blown rain on its own would do.

You could use a damp meter to measure the moisture content of the bricks and wood. By doing this in the bad area and in a good one, you'll get an idea of the sorts of levels of moisture you can expect and should worry about. That doesn't solve anything directly, but it'll tell you if you've found the leak or not. You may also want to inspect the interior around the windows to make sure none of the moisture is coming inwards perhaps causing damp or other damage.

EDIT: As you've now added some pictures, whilst it's hard to tell, you have what I'd describe as "deep pointing". That is, there's a little space between the edge of the brick and the start of the pointing. There's nothing wrong with this, but it may mean that you have a little "shelf" for rain to accumulate on - and it then be able to seep through the pointing.

It's not a nice job, but after some rain, if things seem wetter than usual, then have a run around the pointing with the end of a screwdriver or something and see if there's any soft pointing. Don't hack away at it, but just see if there's any pointing that's a bit soft and comes away easily (ie. it's a bit like compacted wet sand). If there is, then it may be letting water through.

6
How to stop outside rainwater from coming in under the wall and through the concrete floor of my garage conversion?
3
How can I stop water from coming in through a crack near the top of my bulkhead wall?
0
Help with basement wall insulation
0
Removed Outer Brick on an Old Fireplace. Need Advice on how to re-finish
5
How can I accurately locate bricks covered in stucco or plaster?
1
Leak above window during rain, is this caused by a masonry drainage problem?
0
Convert recessed brick mortar to concave mortar design to decrease water intrusion due to high winds
0
What is the best way to paint the exterior of an old brick wall?