Is my dishwasher drain set up correctly?

The dishwasher drain line passes from the island, under the floor and back into the cabinet under the sink, connecting to the sink drain above the trap between the two tailpipes. There is no other plumbing beneath the island visible from the unfinished basement. The distance the drain line covers is just over 8 feet measured from the basement, the coil under the sink might be another foot and a half. 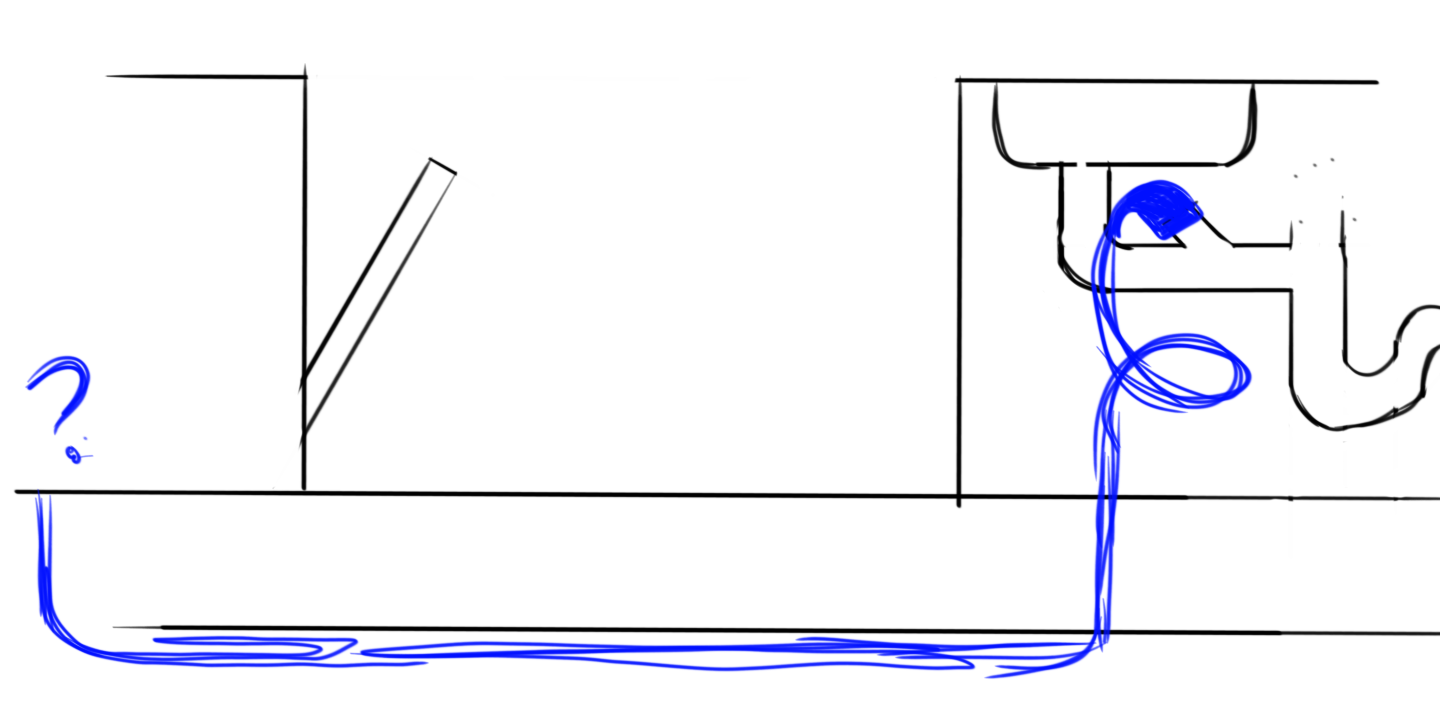 I don't know how the dishwasher is connected to its drain or how much hose is concealed behind it, it's very awkward to extract from the island and I haven't worked up the courage to pull it out all the way.

The kitchen was renovated entirely for a previous owner, likely around three years ago. When we moved in earlier this month I thought the kitchen had a peculiar, somewhat unpleasant smell, particularly around the dishwasher. I may be used to it now; I have to really get close to the dishwasher to notice it.

My suspicion is that the length of the dishwasher drain below the floor is sitting filled with food grease from the dishwasher and this is what I'm smelling.

If this is indeed the problem, I imagine my best option (without renovating the kitchen) would be to run a separate drain with its own trap to the waste stack. Aside from getting in the way of finishing the basement one day, would there be any problems with that? 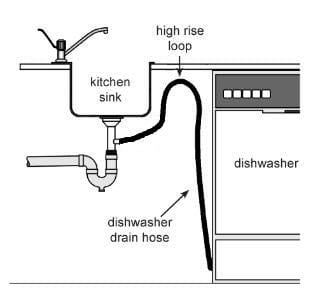