This mystery thing is mounted to a ceiling joist in the basement of a 1940s house. I have a couple of questions: 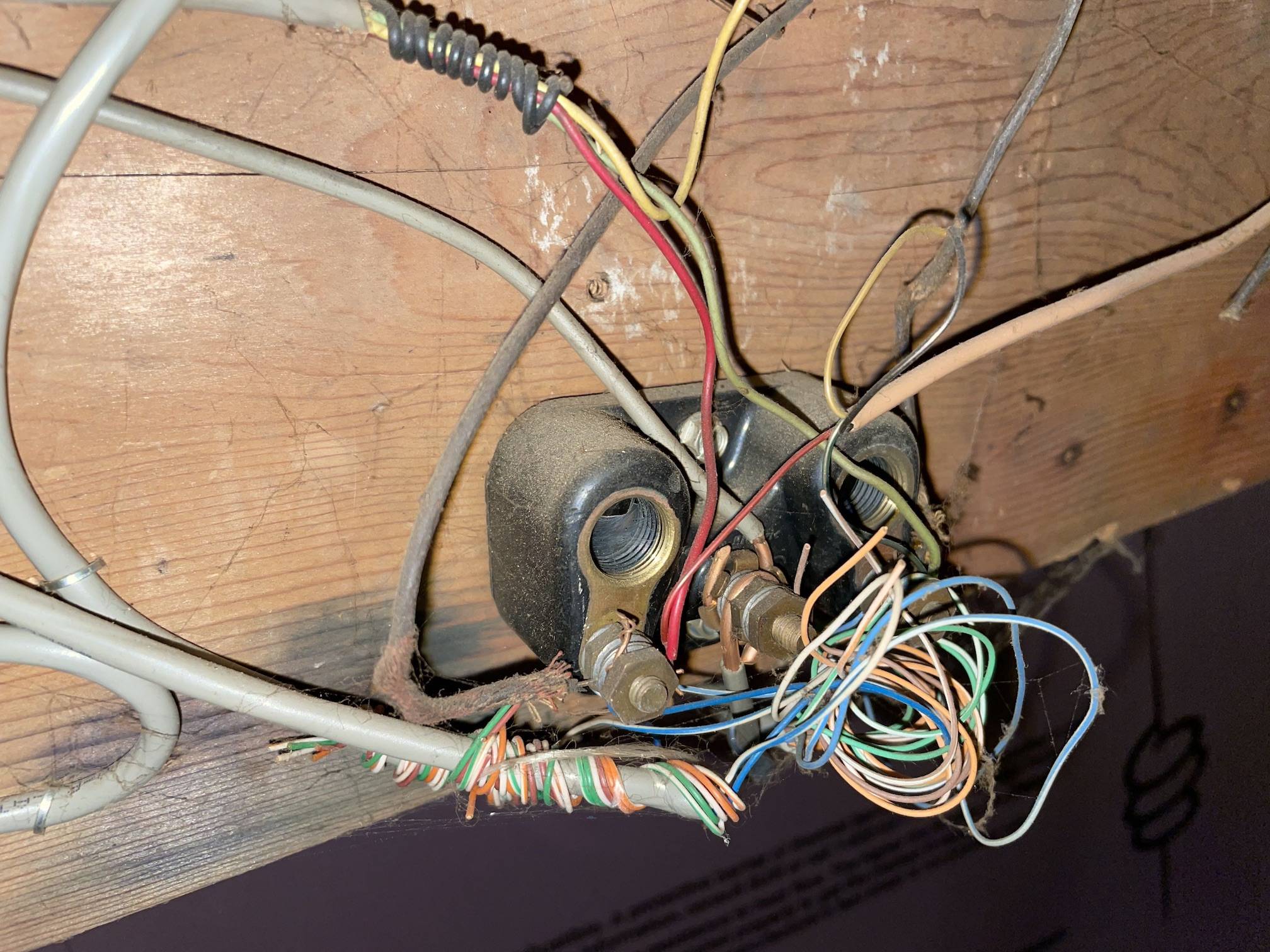 Standard Bell System (Western Electric, usually) terminal block. Appears to be missing the protective devices, but those are not needed since it's no longer the NID.

Sure, take it out and modernize if that makes you happier. Depending where the old wires run, it may not be at all easy to replace them, and there's no benefit to replacing them - what's there is standard and works fine for Plain Old Telephone Service - POTS or "analog lines" as they are known.

Here's an image of "what that used to do" when it was the NID/Demarc back in the day from a "Classic Rotary Phones" website. Note that in modern use it's just red and green unless you have two lines - the "yellow as ground" thing is very old - in the past multiple decades it would be another line on black and yellow, which would have run to another of those blocks "in that day." 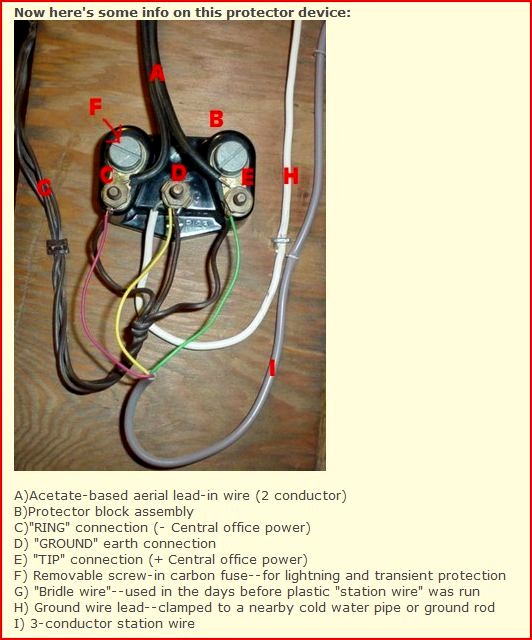 If you really get bothered by the "messy" nature of it you can replace it with a newer terminal block while keeping the existing wires. But if voice quality on the lines is good as is, there's still no concrete benefit beyond "looks neater." Those were well made, and provide a very solid connection if wired properly.

That is a second generation Bell System lightning suppressor being used as a junction block. The missing threaded devices were carbon wafer lightning suppressors, known to fail "short" and induce a lot of hum on the telephone audio. There was also a gas fired screwed in suppressor (expensive white ceramic cartridges) used on priority data circuits and two-way radio remote transmitters. Normally, the bakelite termination units were on the outside of the structures where the over head lines met the inside wiring and protected from the weather by a snap-on rubber cover. Their predecessors were a pair of long fusible wires that were useless stopping direct lightning strikes that could explode a 500 series telephone. First balanced pair is Red-Green, Second Pair is Yellow-Black. Do not mix the wire pairing as the quad is balanced and prevents cross talk.

Not the answer you're looking for? Browse other questions tagged telephone phone-wiring or ask your own question.

4
How can I modify telephone Cat5 cables and jacks into Ethernet ports?
8
How should I route my Romex and Network cables and can I safely drill another hole through this joist?
0
What is the easiest way to run telephone cable between floors without fishing them through the walls?
0
Retrofit apartment for gigabit internet
0
Moving a telephone jack and wiring it
3
Re-wire Cat5e RJ11 jacks to RJ45 ethernet
0
Telephone wiring question
1
How can I run voice over existing coaxial cable?
11
Wiring Ethernet through Telephone Cable