Why did my plumber use a cast iron to plastic coupling in one location, but not in the other?

I just had a plumber repair my 4" waste line, which was cast iron.

He replaced a 10' section with ABS.

At the end that transitioned from ABS to Cast Iron he used a coupling specifically designed for that (part # 3000-44, labelled '4" Cast Iron to 4" Plastic" - see first photo). However at the Cast Iron to ABS transition it appears he used a regular no-hub coupling (see second photo). (My reference direction is the direction of water flowing downhill).

I tried to ask him why, but I didnt get an answer. I want to give him the benefit of the doubt, but I also want a fix that doesnt fail early.

Question: is there any reason why one would use a '4" Cast Iron to 4" Plastic" coupling at the 'ABS to cast iron' joint, but not at the 'cast iron to ABS' joint?

It's possible I'm mis-identifying the connector on the 'cast iron to ABS' joint - see photo below. That's not a "CI to PL" coupling, right? 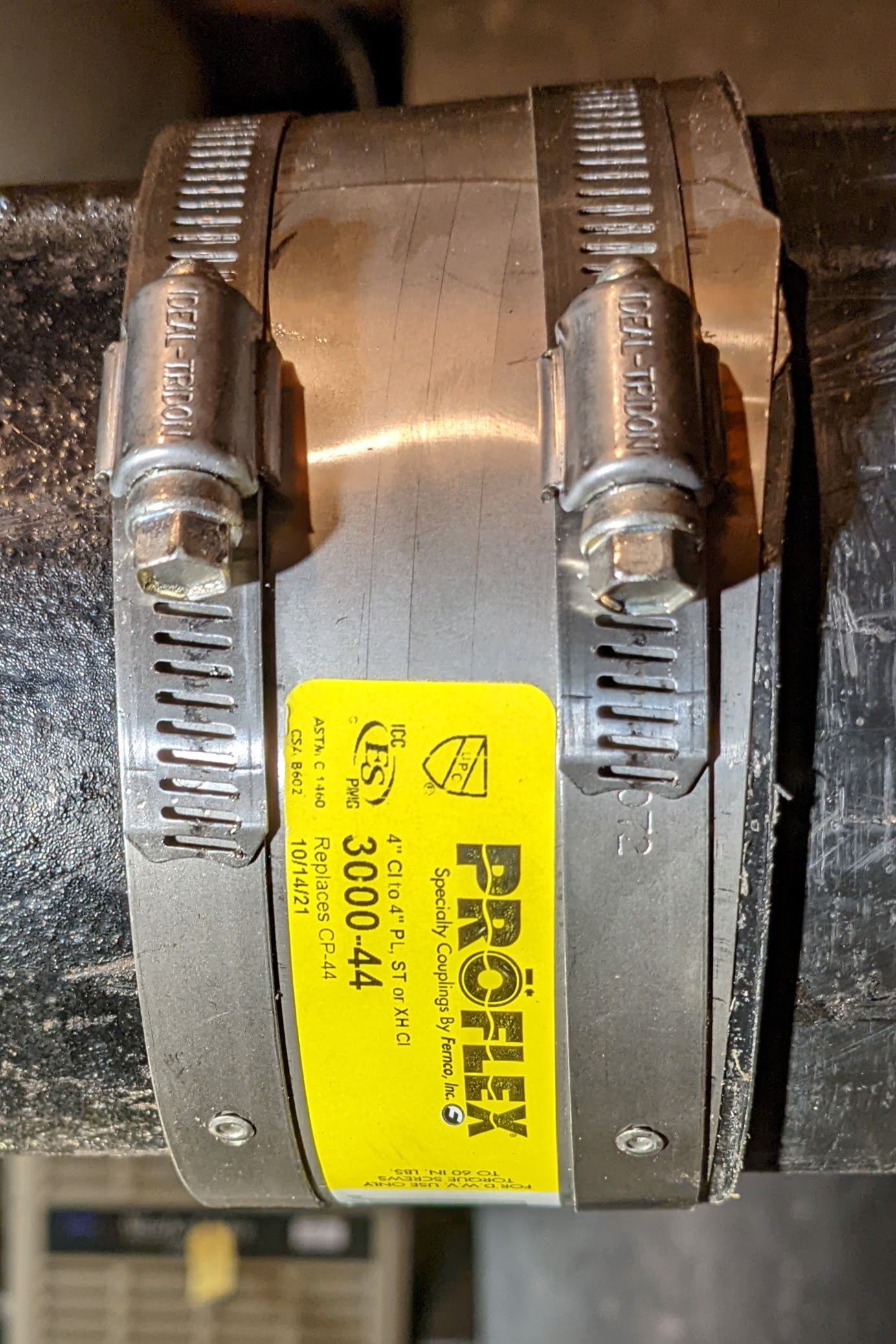 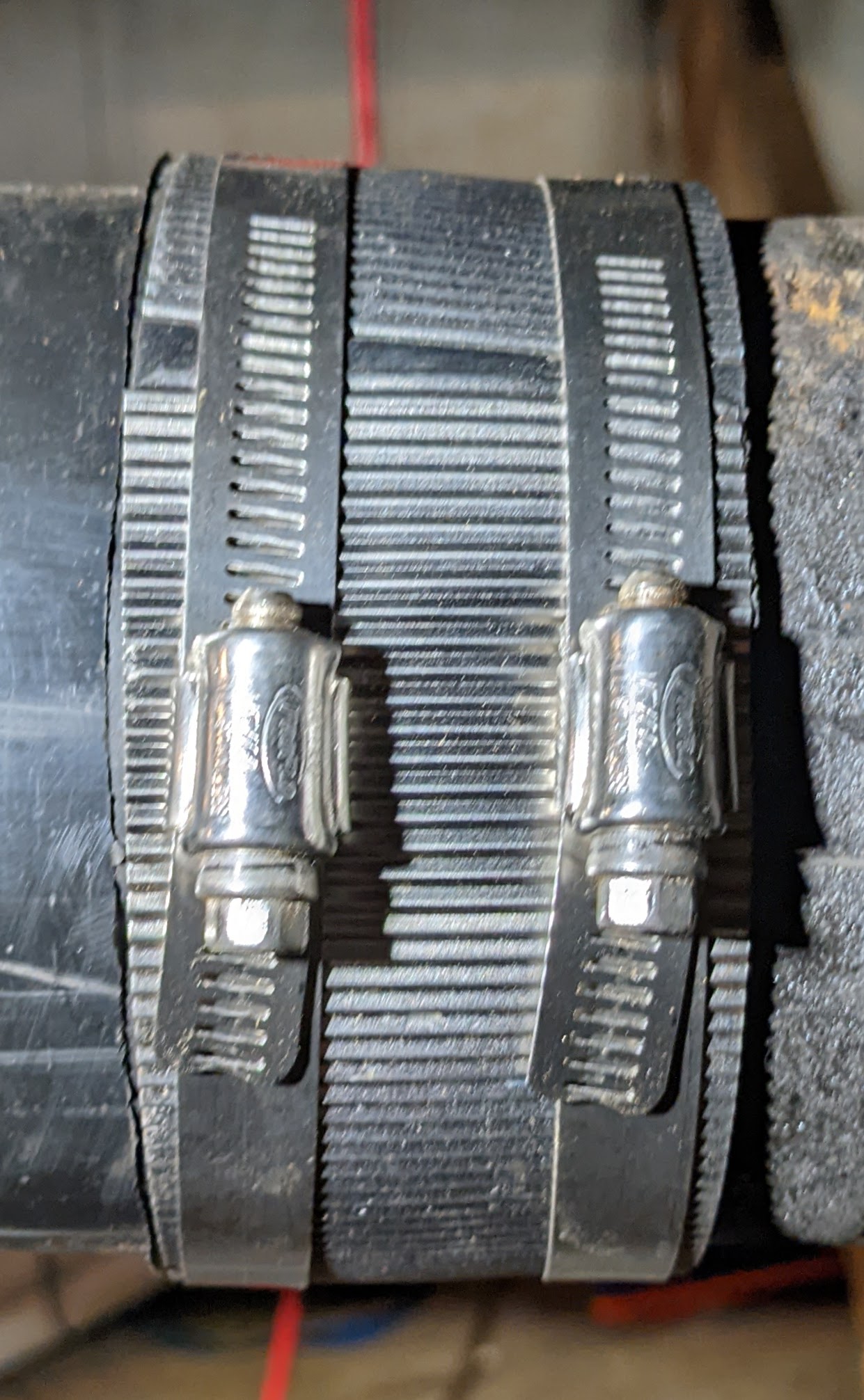 It's a shielded (stainless wrap, above-ground use only, aids in shear force) rubber coupling.

Part description for one such item states:

So basically everything you are likely to find as 4" drain pipe.

Unclear what you are upset about. If it's not being buried in the ground it's entirely suitable for the job it's doing.

Not the answer you're looking for? Browse other questions tagged plumbing cast-iron abs or ask your own question.

4
Cast Iron to ABS - exterior of cast iron not smooth - how to stop leak at coupling?
2
Fix lead joint between cast iron and galvanized steel plumbing pipes?
0
Why does faucet work one day and not the next?
3
Why would I have hot water at one faucet but not the others?
2
Pros and cons of coupling vs. threaded when transitioning from copper to PVC
1
Going from a PVC Sched 40 1-1/2" PIPE to a 1/2" Poly Combination Elbow
0
Why did the water pressure in my bathtub change but shower is fine?
3
Why does water appear just below my basement slab in one location and not another?
1
Why won't a 5/8" compression fitting with a ferrule integrated in the nut fit onto 1/2” copper pipe?
0
Why is my lawn sprinkler system timer on but not operating the valves?