Is there a type of cement that can be used to glue tiles to a wall?

My father told me there is a kind of cement which also acts as glue. This would be very useful for me to put back the tiles above my washbasin. 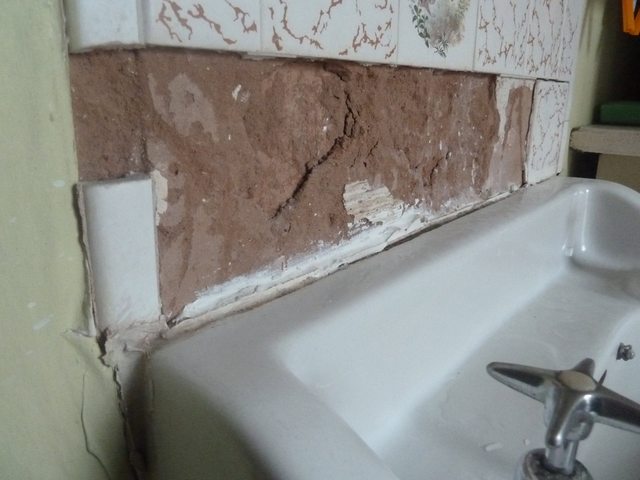 Is there really a cement that can glue tiles to the wall?

That's not actually "cement as glue", that's a cement-based compound modified with various trade secret components for better plasticity and adhesion. It's usually called "thin-set mortar" and it's widely widespread.

Since we likely live in different regions I'd rather not recommend any brand to you - you have your local brands.

well from what I can see it looks like that is a thinset material but looks thick to me? thinset is a cementitious material, however, when I placed tiles on my walls I used a vinyl adhesive made to apply wall tiles to a drywall backing it is easy to use and does not need to be mixed up.

What you are looking for is called mastic or tile mastic. It's specifically for wall tile installation. It can also be used for floor tile but I wouldn't recommend it. Simple rule applys here, if you are installing floor tile use thin-set mortar. For wall tile use mastic.

Thin set can be used on walls but only if you use a concrete wall board such as durarock. It's very cumbersome and laborious to use on walls it's not really designed for that even though it works. The inverse applys to mastic on floor tile installation. Hope this helps.

We've actually issued mortar as an adhesive for tiles before. They were 2x6" tiles made to replicate the look of brick. I applied them to the wall in a brick style of layering. I mixed the mortar based on the vag's instruction. Spread about a 1/4" thick layer of mortar across the bottom right side of the wall, and tiled mostly from right to left, bottom to top against a vertical wall. The mortar mix was virgin (no additives like tints, glues, etc.) I was tiling against a vertical wall of drywall that had knock down texture and at least one coat of satin based paint on it when I bought the house. I repainted another coat of satin based paint two years before tileing it. And I laid the tiles in in the common brick pattern. Long side from left to right and the short side from top to bottom. I can't say how the affects of the mortar played out over a long period of time because I only owned that house for about 2 years after the brick when in. There was one small (I think 4.7?) earthquake in that period of time, and no damage that I was ever able to see. It held steady and looked crazy cute, if I do say so myself 😉. So... in retrospect... 1. If I didn't want that brick to be on the wall anymore I would have had to tear out the drywall and completely replace it. That may be annoying if you can't afford to match the texture from the rest of the room. I am actually about to make a similar look in my new house. But I'm going to try using D.A.P. "Kwik Seal Plus" as the adhesive for the tile. I'll use a calking gun to apply it to my tile, then I'll apply some to a piece of "peg board" I bought in sheet form and cut to fit the area I want to look like brick. When the calk adhesive is dry, it has a flexible hold. I'm hoping that will cushion any movement made by hanging such a large heavy piece against a stationary wall, and then drilled into place with wood screws. Then I will fill in the spaces between the tile by working mortar or cement into the crevices with a trowl and a damp sponge to clear the face of the tile from some of the sediment. Working in a circular patter will let me stop when it is 98% finished. I'd like to leave the edges of the brickwork/tile with a little bit of an "old shabby chic feel to it. I attached a photo to give you an idea of kind of how I want it to look when I'm finished. 😉😘 Anywho... thanks for letting me add my 2¢. Happy Hplidays and Merry Christmas, ~Sheeara 12.3.2018 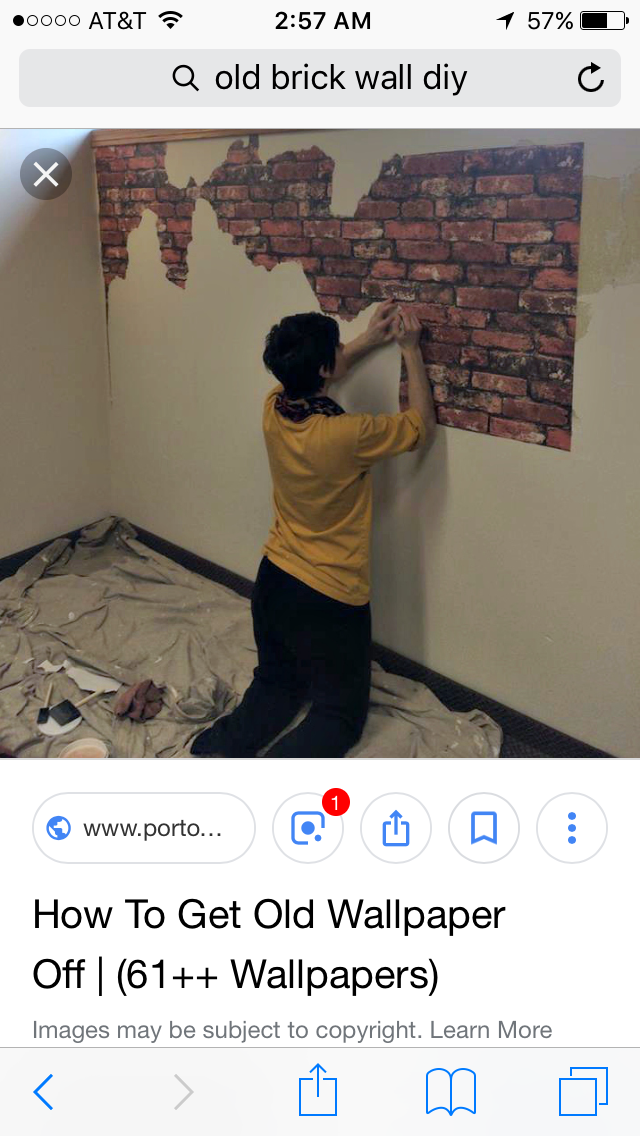 Not the answer you're looking for? Browse other questions tagged tile ceramic-tile or ask your own question.

1
How can I get my shower tiles really clean?
3
What should I do about excess flex in cement board that will be behind tile?
2
Is there a maximum thickness for shower float cement?
0
How do I glue moving ceramic tiles without removing them?
1
How can I mount a clock on tiles?
2
What should we do with floor tiles that were applied with Type 1 Mapei mastic?
0
Can tile glue for wall tiles contain asbestos?
0
Grout spacing for large format wall tiles
0
Replacing kitchen wall tiles