How should I repair drywall where heating registers used to be?

We recently had an asbestos abatement crew remove heating ducts in our house that had asbestos-lined duct insulation. Part of the process required them to remove the duct registers in the wall as well.

The result is that I have sections like this in almost every room in the house: 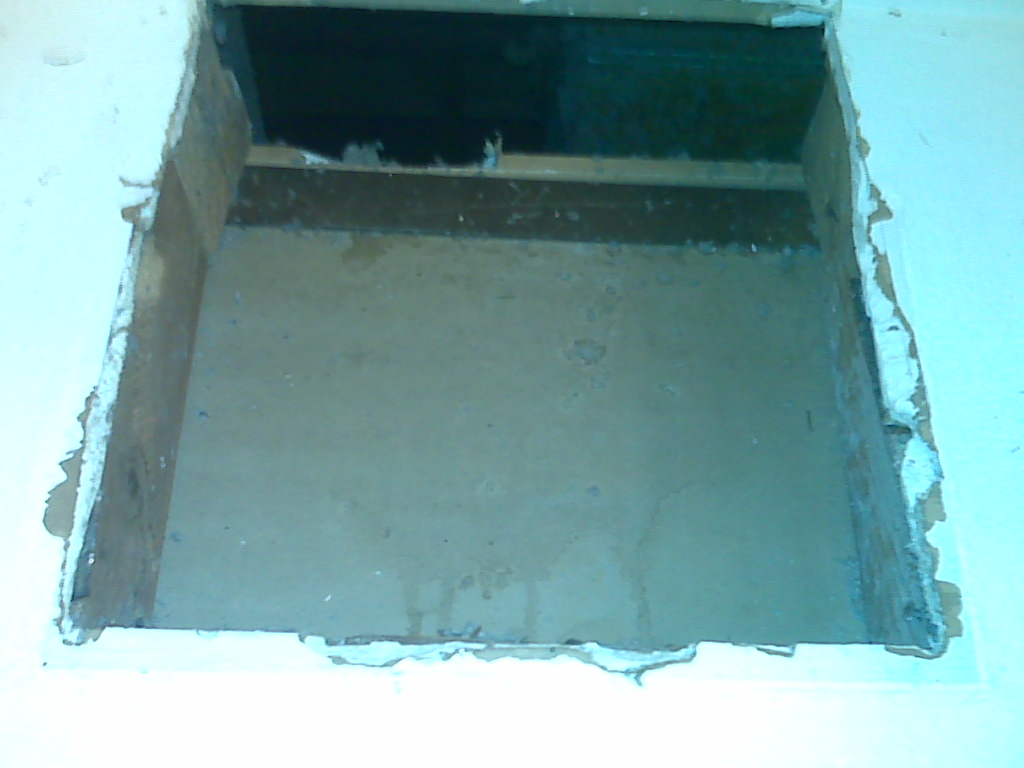 Yikes. What's the procedure for repairing drywall like this?

I was thinking of doing something similar to Niall's recommendation here. Basically cut back some extra drywall on the sides so there's room on all of the studs (which would also have the benefit of removing the damaged sides... then put in a cross support between the studs and screw the drywall to all sides and the cross support. Then mud/tape as usual.

Is there a better way to do this? Keep in mind that I'm a beginner and need to do this procedure multiple times.

I should also mention that we're not planning to add the registers back at this time... it'll be several years before we get a new furnace anyway. We just want to repair the drywall and make it look like the hole was never there.

Personally, I would just build a rectangle out of 2x4s slightly smaller than the hole, lower it into the hole flush with the existing framing, then screw it to the existing framing. That will give you a nice surface to attach your new drywall to. Depending on the size of the hole, you might want a cross member in the box as well so your drywall isn't spanning too big of a hole unsupported.

As for cutting back the existing drywall - I wouldn't bother with that for a couple reasons:

First, you're likely to run into issues with the nails or screws that were used to originally attach the drywall to that framing. If you cut around those, then the old drywall isn't going to have a very secure connection to the framing unless it was glued. And if it was glued, then you have the problem of the glue residue getting in the way of the new piece you want to put on.

Second, the damaged areas of the drywall are well within the areas that you'll need to mud over anyways - figure on mudding out at least 6-12 inches on either side of the joint. So you're really not saving yourself any work by cleaning that up.

Your approach sounds good to me, but I just hung my first piece of drywall last week. I don't know how big the hole has to be to require adding a cross stud to support the drywall, but maybe you don't even need that?

Not the answer you're looking for? Browse other questions tagged repair drywall interior or ask your own question.

3
How do I replace missing drywall strips after an asbestos abatement?

3
How do I replace missing drywall strips after an asbestos abatement?
2
How do I replace ceiling drywall over cabinets?
6
How do I deal with glued-on drywall?
1
Installing Crown Molding - Metal Studs
1
How should I go about a partial (bottom 1/5) exterior wall stud replacement?
3
How to repair large drywall section?
2
Water damage to wall drywall near ceiling - Should I repair or extract and replace?
0
Is this substance drywall joint compound?
1
How to join ceiling, raised door frame
1
How to safely handle a (likely) asbestos popcorn ceiling encapsulation?