Is there a minimum distance between two exhaust vents going out an exterior wall? (NJ state)

Is there a minimum distance between two exhaust vents going out an exterior wall?

I'm in the state of New Jersey and I was unable to find anything related to minimum distance between two exhaust vents going out through an exterior wall.

Edit: The exhausts are for a Tankless Water Heater (Navien NPE Series) and I believe an HVAC/Furnace. These two appliances are on the 1st floor of a 2 floor house. The room above it is a bathroom

I believe both appliances are receiving their air from outdoor intakes. I've attached a page of the manual for the Water Heater on "Venting Types". 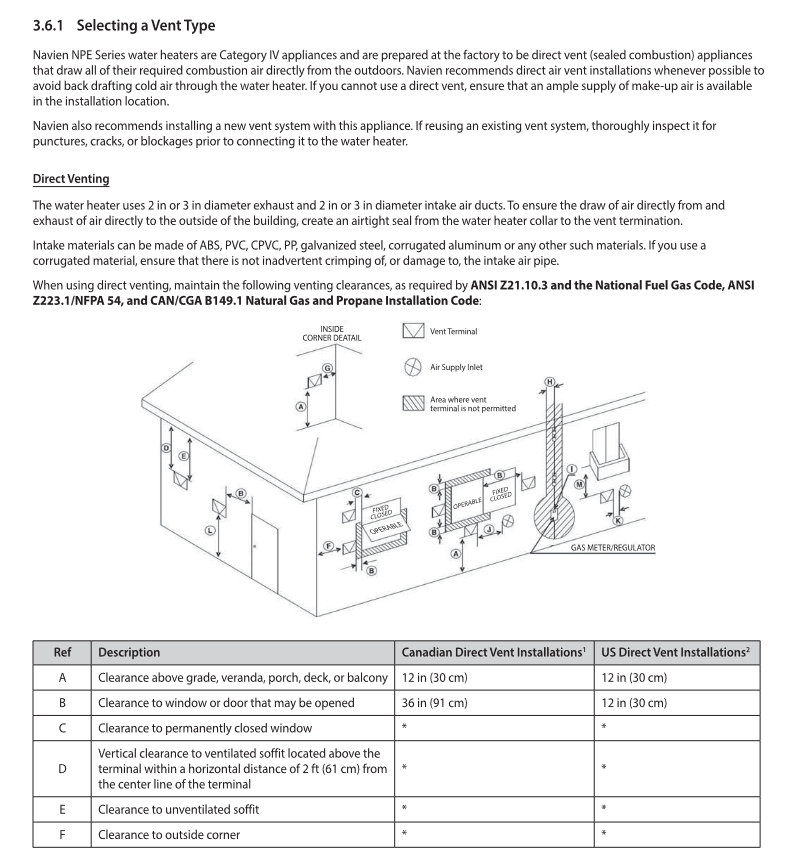 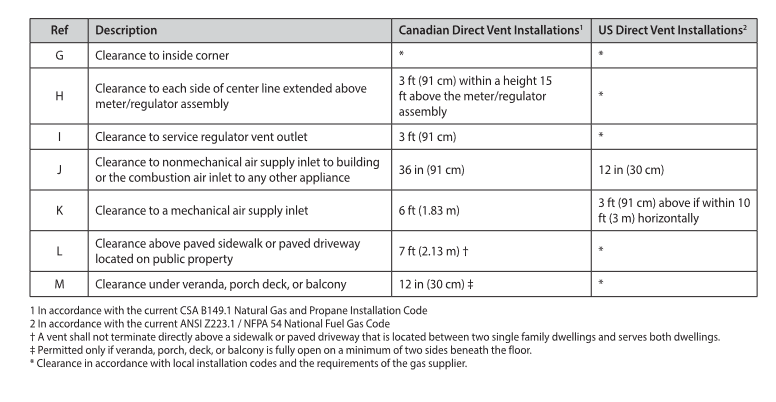 It might not be tremendously relevant, though: do these appliances burn indoor air, or do they draw their combustion air through outdoor intakes? In the latter case there will be separation requirements between the intake of one appliance and the exhaust of another.

It is common that the installation manual for a combustion appliance will give specific instruction as to required separation. Those manufacturer instructions are additive to, and may even override, any building code requirements.

Edit: Based on the attached drawings, and supposing that neither the furnace instructions nor any other applicable code is more strict, it appears the "J" specification is the one you're after. I would interpret the "vent terminal" to mean the whole assembly if it's the type that covers both the intake and the exhaust, or the pipe and elbow/tee assembly if it's the type where intake and exhaust are separated. Some of the dimensions in the chart specifically state "center line of the terminal" but most don't, leading me to believe the dimension should be measured to the nearest edge of the terminal (that's also the most conservative interpretation). 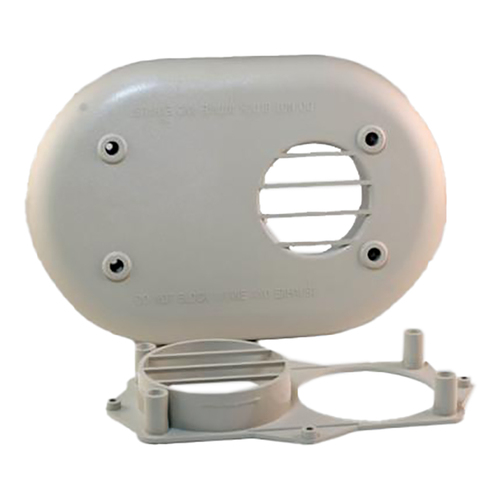 So.. if you're working with a combination terminal as above then I guess the minimum separation between them is 12 inches. (image: northstock.com) 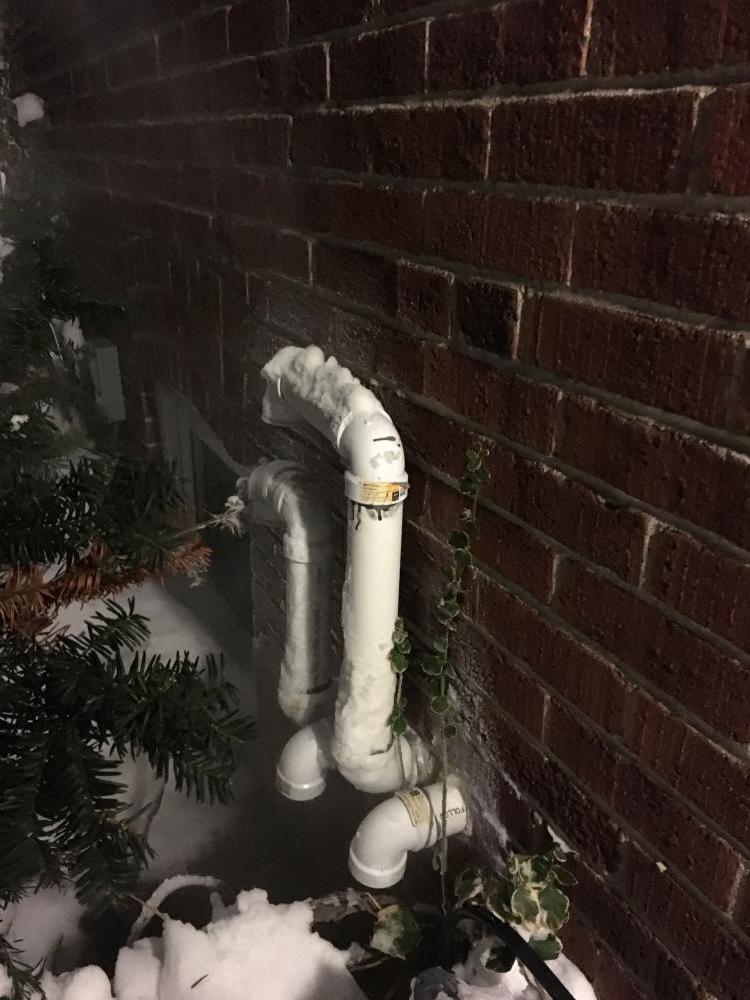 If you're working with separated intake and exhaust like these then it appears in theory there's no separation required between the two exhausts -- the only mandatory separation is between the intake of one and the exhaust of the other.

It's worth noting that this particular example has a few flaws. The exhausts are below the intakes, and they all use tight elbows rather than long sweep elbows. At least it gives an idea as to how the pair of intakes and exhausts could be grouped. You can read more about that case at hvac-talk.com.