What are these metal strips on our garage walls for?

In a brick outdoor garage building we have metal banding attached vertically to the walls. They seem to be pre drilled, as if they are intended to facilitate fixing additional fixtures e.g shelves. Is that their intended use? They also seem to be holding down a wooden rail on top of the brickwork, to which the ceiling joists are presumably attached. 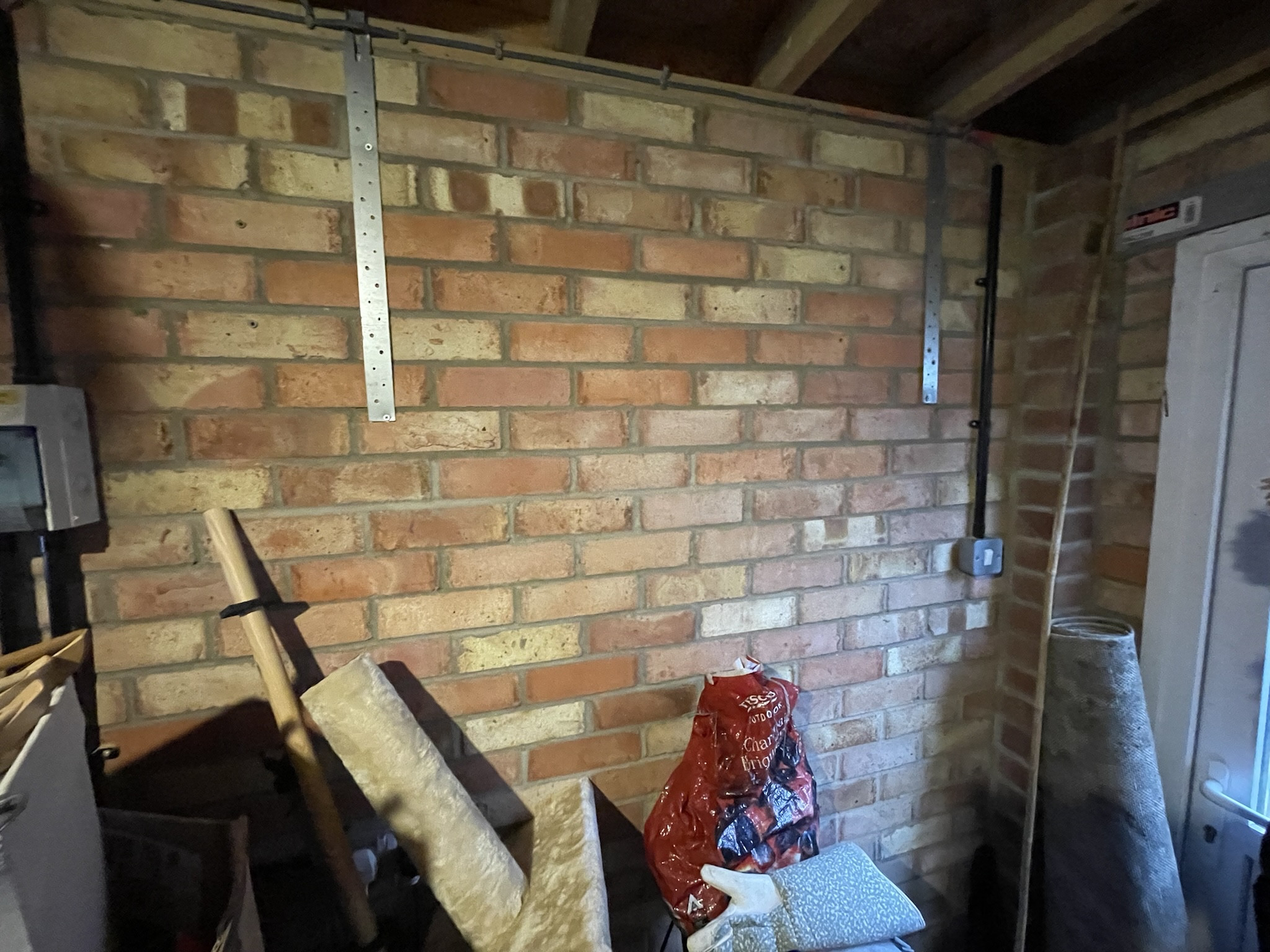 Those are hurricane clips or straps. I'd imagine that there are more than these two, and that they're spaced evenly around the walls.

A high wind could get under the outside overhang and lift the roof off of the building, these straps are designed to hold the roof structure down to the building and prevent it from tearing off.

If you live in a high wind area (where tornadoes or hurricanes are likely), then these can prevent significant damage. You may want to take a good look, though, at how the rest of the roof has been attached to the top plate, as it doesn't appear to me to be properly attached.

If you're not in a high wind area, it could be that they simply used these to attach the top plate to the brick wall instead of anchoring it down into the brick. This strikes me as a bit of a lazy way out that actually ends up taking more work. Instead of drilling and anchoring the top plate with fasteners vertically though the top plate into the top of the brick, it was attached with (likely many more) fasteners horizontally through the strap and into the wall.

This is a wall plate strap: 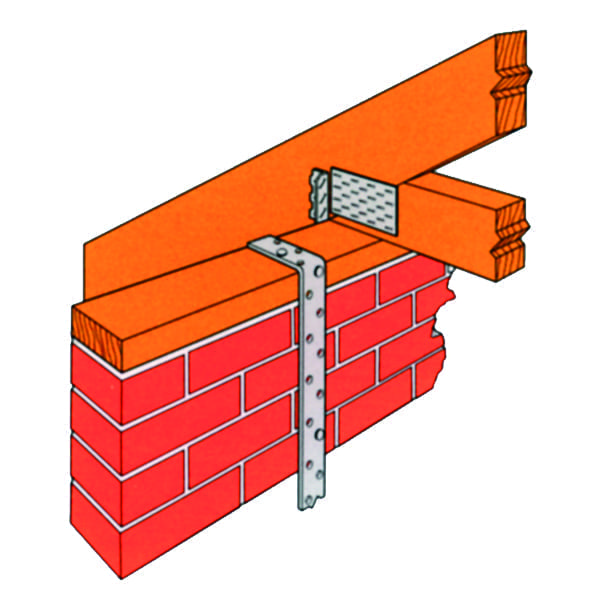 It's designed to stop vertical movement of the timber wall plate beam the connects the roof to the wall. The wall plate is mortared to the top of the wall, but mortar isn't good in tension and timber flexes with temperature and humidity, so that bond isn't a very strong one. These straps apply downward forces to the wall plate which stop it lifting in the wind (which doesn't have to be hurricane force) and stop it coming out of the mortar.

It's a structural component that's required in some form by Building Regulations and other guidance.

Those appear to be in the flavor of hurricane straps to keep the roof from blowing off.

Is the wall substantially older than the roof? Could be someone used the hurricane straps to hold down the top plate, instead of drilling down into the brick and adding an anchor.

Brick is notoriously fragile and hard to drill; it is inclined to split easily and doesn't have large columns for reinforcing rod/rebar and concrete.

This could be a re-roof of existing walls.

Given this is the UK, you're probably not exposed to that many high winds. I'd worry about snow load and water ingress if its a low angle - the picture suggests it might be pretty close to flat.

Not the answer you're looking for? Browse other questions tagged garage brackets or ask your own question.

3
What are Automatic Garage Door Options for a Garage with a Low Ceiling Clearance?
4
What conductor and burial depth are appropriate for my garage subpanel circuit?
0
What are "Straight Corner Fixing Brackets" used for?
1
Are these boards above my garage structural?
1
Garage roof eaves missing closure strips
1
Recommend a material for garage walls
1
What are these metal flaps protruding from my garage’s concrete sidewall?
2
Are the walls of my garage closet load-bearing?