Can a GFCI be connected in series with a regular breaker? If yes, is the child breaker panel GFCI protected?

Neutral for the subpanel comes from the GFCI neutral output. 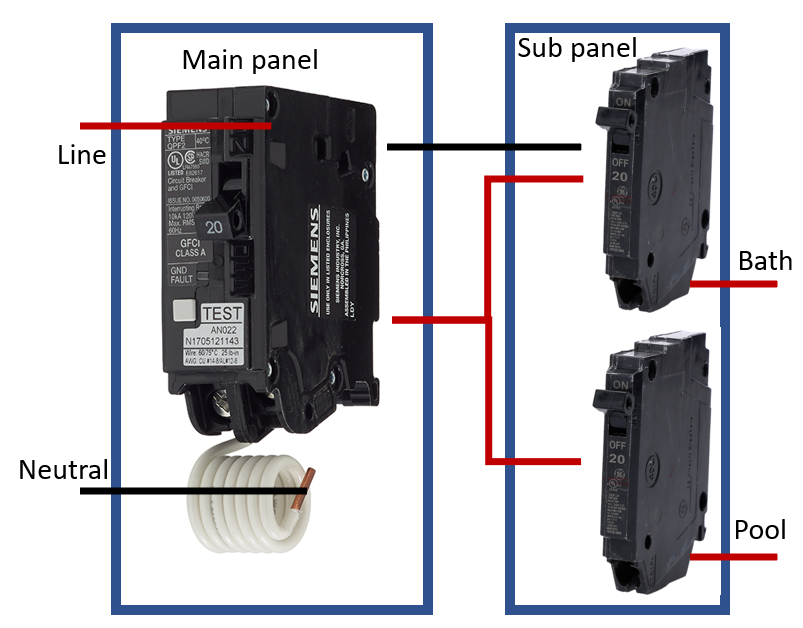 Yes, a GFCI breaker can protect the feeder going to a subpanel. The GFCI protects whatever is downstream of it; when that happens to be a subpanel then all the circuits in that panel are protected.

I used this technique in my detached shop building. There are two panels in the building. The first holds a 20 amp GFCI breaker to service the lights inside the building (they're mounted to the ceiling, but they're cord-and-plug connected, so GFCI is required) and it also holds a 50 amp two-pole GFCI breaker. This latter breaker feeds the second panel. The second panel holds a variety of circuits: one 30 A/240 V each for the welder/plasma cutter, air compressor, and metal brake; a few 20 A/120 V for receptacles in various places. I was able to use normal inexpensive breakers for all those circuits because they're receiving GFCI protection from upstream.

There are some drawbacks:

To add a bit to Greg Hill's excellent answer, there are 3 reasons to not go "too big" on a GFCI breaker feeding other breakers:

Not the answer you're looking for? Browse other questions tagged circuit-breaker gfci or ask your own question.