Why are there three sets of wires for two switches, and how to wire up the neutral?

I have two light switches that I am planning on replacing with smart switches.

As the diagram below shows, there are three "collections" of wires coming out of the wall, where each "collection" consists of one black wire, one ground wire and one neutral wire.

The neutral wires are currently not connected to the light switches, and all just feed into one wire nut.

Two of the black wires connect directly to a switch, and the third black wire connects to both switches via a wire nut.

The three ground wires get grouped together, and two of them go to a switch, and one doesn't appear to be used. 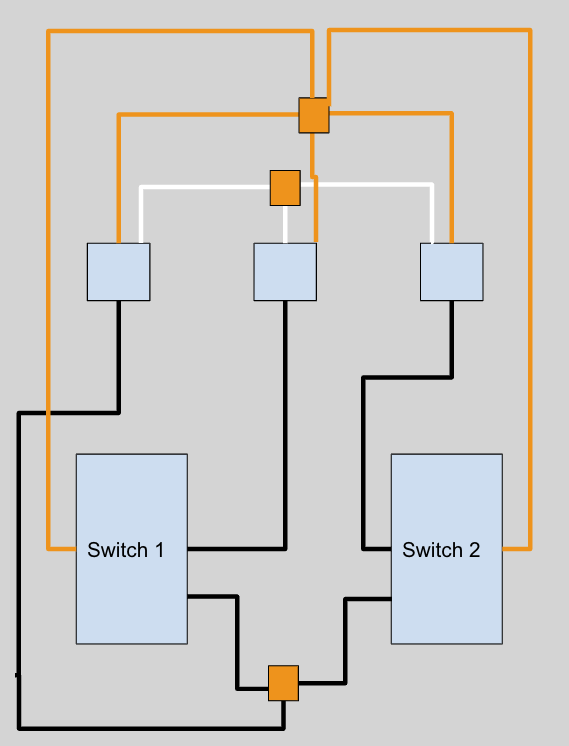 Note the updated diagram at the bottom with some additional labeling.

Why are there only three black wires, and not four? I'd expect each switch to have two black wires, one load and one line.

You do have 4 black wires. Switch 1 and 2 each have a line and load.

There is, in fact, only one ground. It's provided by the "Always Hot Supply" and is extended by the wire nuts to the two switches and to the two switched loads. This ground needs to be connected to all devices in the circuit in case any of them experience a short of any kind.

Why are there only three neutral wires, and not four? I'd expect each switch to have two neutral wires, as this was the case when I wired up a single smart switch elsewhere in the house.

Neutral doesn't need to be switched at all, that's why it doesn't go to the switches. There are cases where neutral needs to be switched, but that's generally limited to multiple power sources (if you have solar panels or a generator providing power to the panel) or in industrial/commercial settings.

Your new smart switches need to have neutral supplied to them because they are actually drawing a load on your power supply in order to power their internal "smarts". Your existing "dumb" switches simply open or close the circuit, and doing that on the hot side is more than enough.

When replacing the existing light switches with smart switches, I assume I should keep the ground and black wires as they currently are, but what should I do with the neutral wires, that my smart switch will require? Should I just put all 5 (3 existing ones, plus 2 short wires connected to the switches themselves) neutral wires in one wire nut, or should I do something different?

IF the wire nut is big enough to handle three 14/2 (assumed) or 12/2 (possible) wires and the addition of the two smaller stranded wires coming from the smart switches, then yes, you can simply add the smart switch neutrals to the existing wire nut. If the wire nut on the neutral wires is the same size as the one on the ground (with 5 wires), then it should safely accept the two additional smaller neutrals from the switches.

If the wire nut on the neutral wire is smaller than the one on the ground wires, it likely is not big enough to handle any additional wires and you'll need another pig-tail and another wire nut to be able to break the wiring out to ensure that you've got a solid and safe connection for those 5 wires. 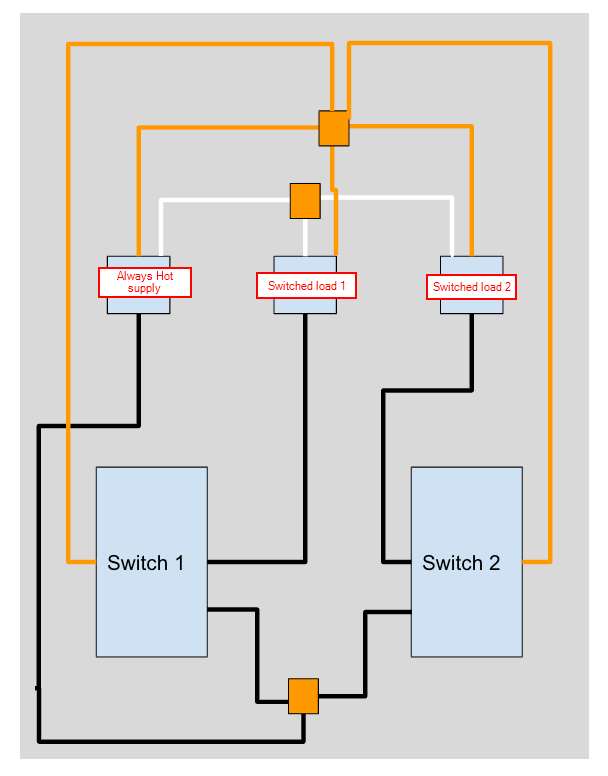 To clarify a little, your setup is one of two common setups:

(Ignoring ground - everything should have ground, all grounds always go together.)

You are fortunate that you have this setup, because it means all your white wires are actual neutrals, so you can use smart switches (and dimmers, timers, motion sensors, etc.) that require neutral.

If you work on other switches in your house, you may find an additional cable, with the black wire connecting to the other hot wires and the white wire connecting to the other neutrals. That is to feed to the next location (other switches or receptacles). It is quite common to have one breaker feed several different receptacles and/or switched lights all over a house.

There is an alternative setup, called a switch loop. In this case, power actually goes to the lights first, and then to the switch. You would then find (typically) a single cable, where white is not neutral. Properly set up, white would be the hot wire and black the switched hot wire, with the switch connected to black on one screw and white on the other screw. If you have that setup, you can't use a "neutral required" smart switch without replacing the cable. If, however, your wiring is relatively recent then you should find a 3-wire cable with (usually) black hot, red switched hot and white neutral.

If you have any future questions, keep in mind two things:

There is one unswitched hot power feed which goes to both switches, This has one incoming neutral, and one incoming ground.

There are two switched hots leaving the box, each has an outgoing neutral and ground.

Not the answer you're looking for? Browse other questions tagged electrical wiring lighting neutral smart-switch or ask your own question.