Will my loft bed design hold up? 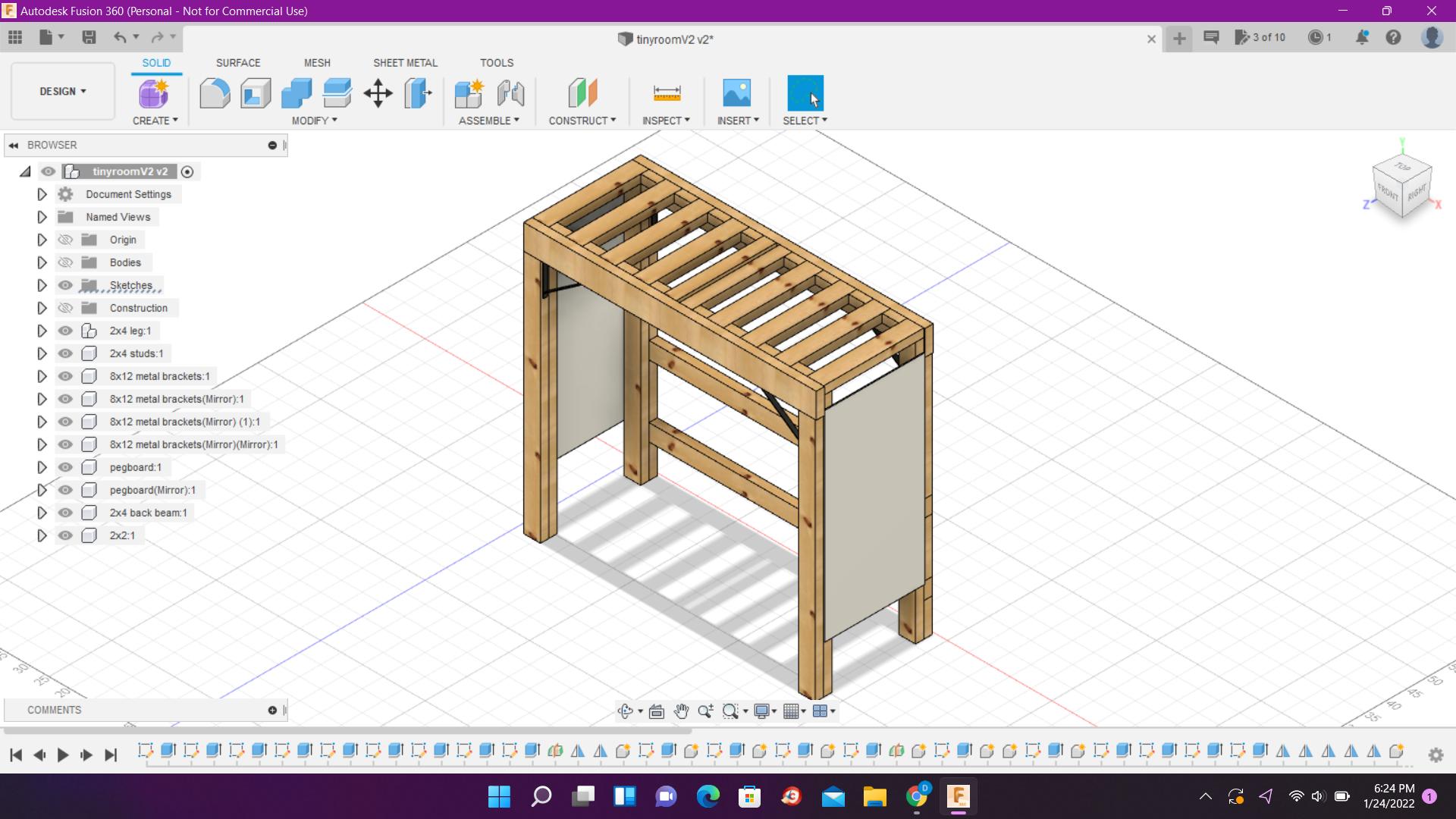 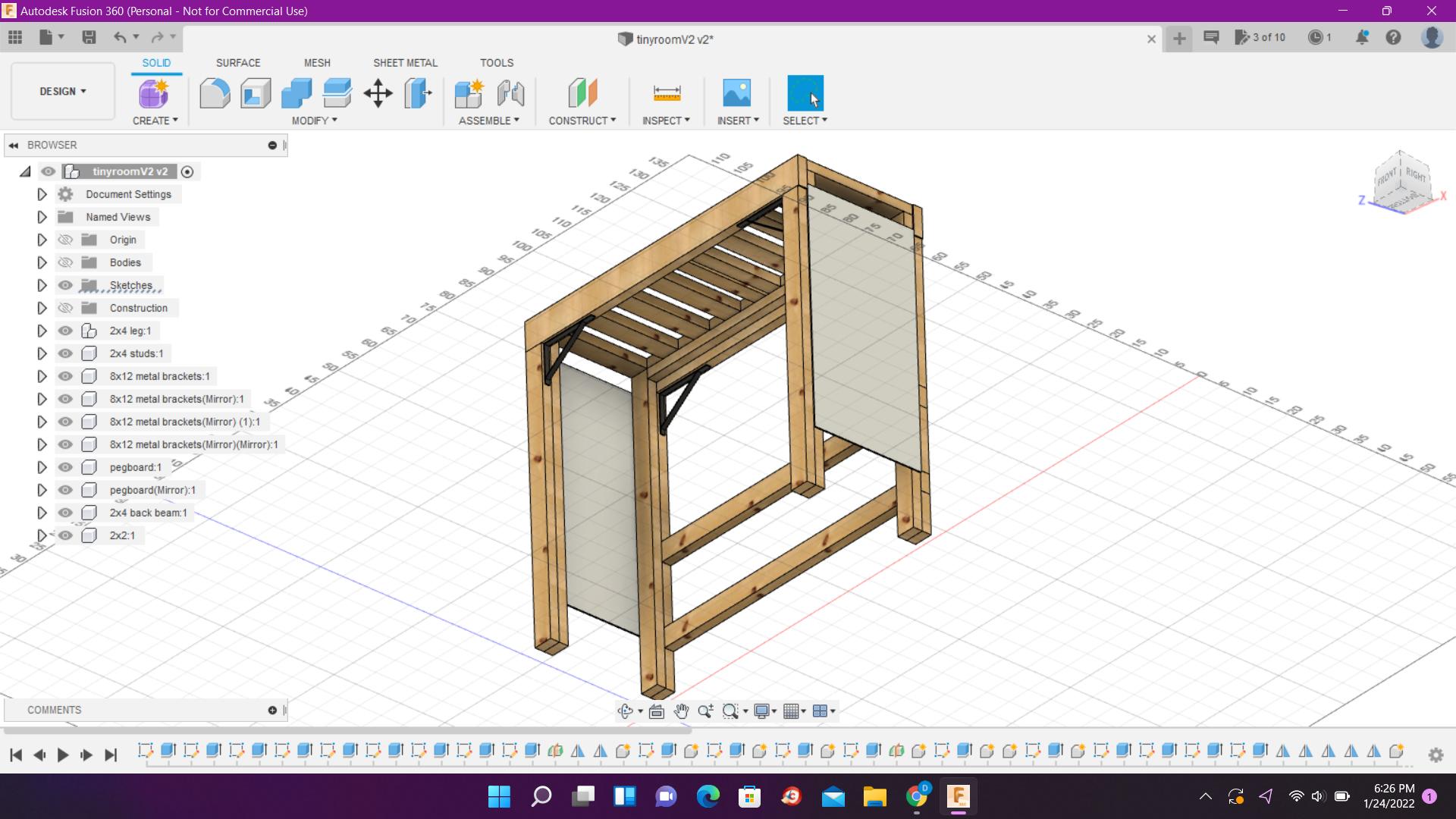 I wanted to upgrade my room with a loft bed that way I may have more workspace. My room is 60W x 74.5L x 95.3H. The loft bed design is 28W x 70L x64.5H. I am not allowed to mount anything on the walls. I have no experience with wood projects. I have seen 2x4 and 2x6 have been commonly used for affordable projects. How do you know which and how many triangle brackets to use? My greatest concerns are the legs and support beams for stability. Is there a trick behind that?

You need rails to prevent you from rolling over while sleeping and falling off. Besides, if you attempt to reproduce on that thing, you will fall off and die, which kinda defeats the purpose.

If you can't fasten it to the wall studs, then it will probably be unstable and fall over. Since the room is too narrow for it to fall over, it will crash into the wall and destroy it (most likely with some of your fingers stuck between the wall and the bed).

So, this is not really an answer, rather encouragement to rethink the whole thing. For this type of room, if you design the whole thing as integrated (ie, desk+bed) you can have a much better result.

For that you need to post a question with the room floorplan, which must include the door and the window and in what direction they open. Also position of light switches, and anything else that could matter.

It's going to be wobbly, and it might fall over, unless you make a few modifications.

Pegboard MDF will do basically nothing for rigidity. You could maybe scrape by if you put horizontal 2x3s at the top and bottom of the pegboard panels, and a diagonal one across the middle of each. Otherwise, those side panels need to be plywood, at least 3/8" thick.

With this modification, the ridigity of the structure itself looks mostly fine to me, apart from the largest side (which I presume you will have against the wall), which is definitely going to wobble. You do have some brackets, but those and the two horizontal beams are not going to keep it straigtht. Deflection can occur along the length of the boards as well as at the joints (and there's no brackets on those two beams). I would replace them with a piece of plywood that covers the same area as them (or, honestly, a piece of plywood going as far up and down as you can get away with).

The fact that this bed is so narrow means it's going to be harder to keep it stable; if it were wider it'd be harder to put leverage on the structure, but the way it is, even a little bit of lateral motion will change the center of gravity by a lot. If you absolutely can't attach it to a wall...

You mention that the room is only five feet wide (my goodness). In this case, you might be able to use a very simple solution that I've done in small space before -- brace it against the walls. You could put five-foot-long boards at the head and the foot of the bed, that spanned the whole width of the room, and put rubber wedges on either end of both to stabilize them against the wall. Heck, you could do this going the other direction too (70" to 74.5" is only a 2.25" gap on each end).

That said, I don't know how comfortable you are going to be on such a bed, even if it's stable as a rock. I had a phase where I experimented with various compact living arrangements, and I found that anything less than three feet was extremely uncomfortable to sleep on (you have to almost completely raise your body off the mattress to turn while sleeping, for example).

1
What is an aesthetically pleasing way to add lateral support to a loft bed?
2
What kind of joints are best used for a loft bed?
1
stair intersection design ideas
5
Is my pegboard stand design reasonable?
0
Will wood glue hold two pieces of wood with a polyurethane finish?
2
Is this loft bed flooring strong enough?
0
Will my raised flower bed design be sturdy enough?
4
Built a shelf out of 2x4s but some braces do not meet, will they hold?
0
Are wood boxes sturdy enough to support a loft bed?