There are other versions of this question, but as each panel is distinct it requires that I ask for this particular panel. The panel is of unknown age and the house is from 1926, with remnants knob and tube wiring that were still energized when I moved in.

Based on the lack of labeling it seems to predates the Circuit Total Limitation (CTL) rules and the 2008 NEC that dropped the hard limit on slots. So that puts in squarely into the "42" rule as best I can tell. Based on that, and using the formula that I found:

So, can I have up to 40 (or 42) circuits in my 32 physical slots? Is something like the Eaton CHT2020CS (Type CH 20-Amp 1-Pole Tandem Circuit Breaker) going to just click in here without an issue?

I think that CHT is CH-Tandem, thus because the Branch Breaker CH Type column in the attached image label includes type CHT, that I am allowed to use these tandem breakers. But I don't see the little extra tabs that the CHTs expect to stabilize them (image of the bottom of my panel, red arrow). 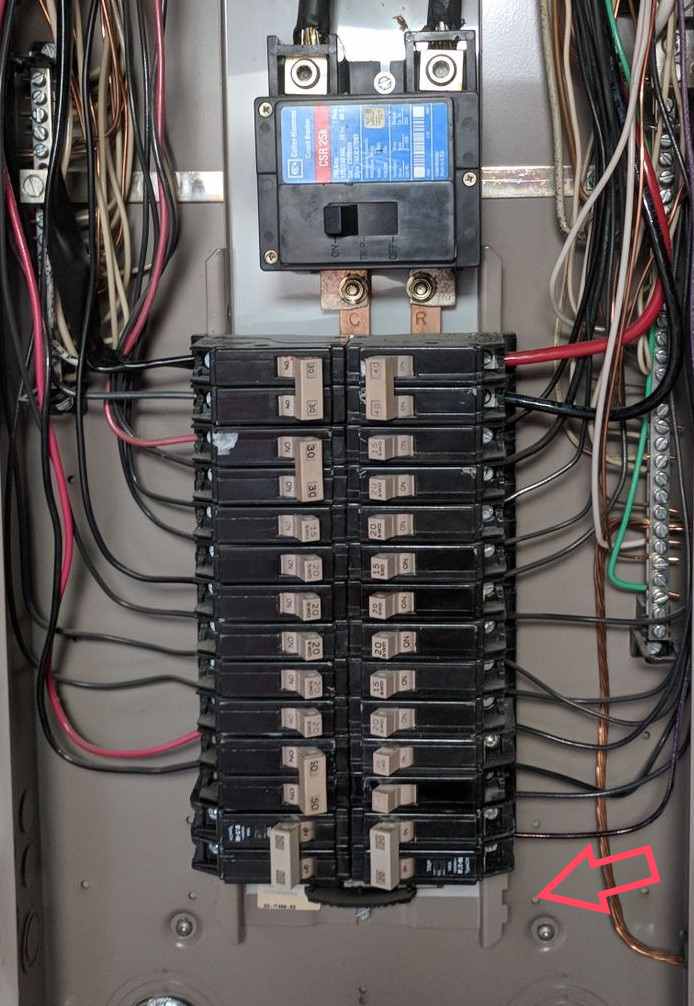 Tabs like on the bottom of this, random panel with tandem tabs: 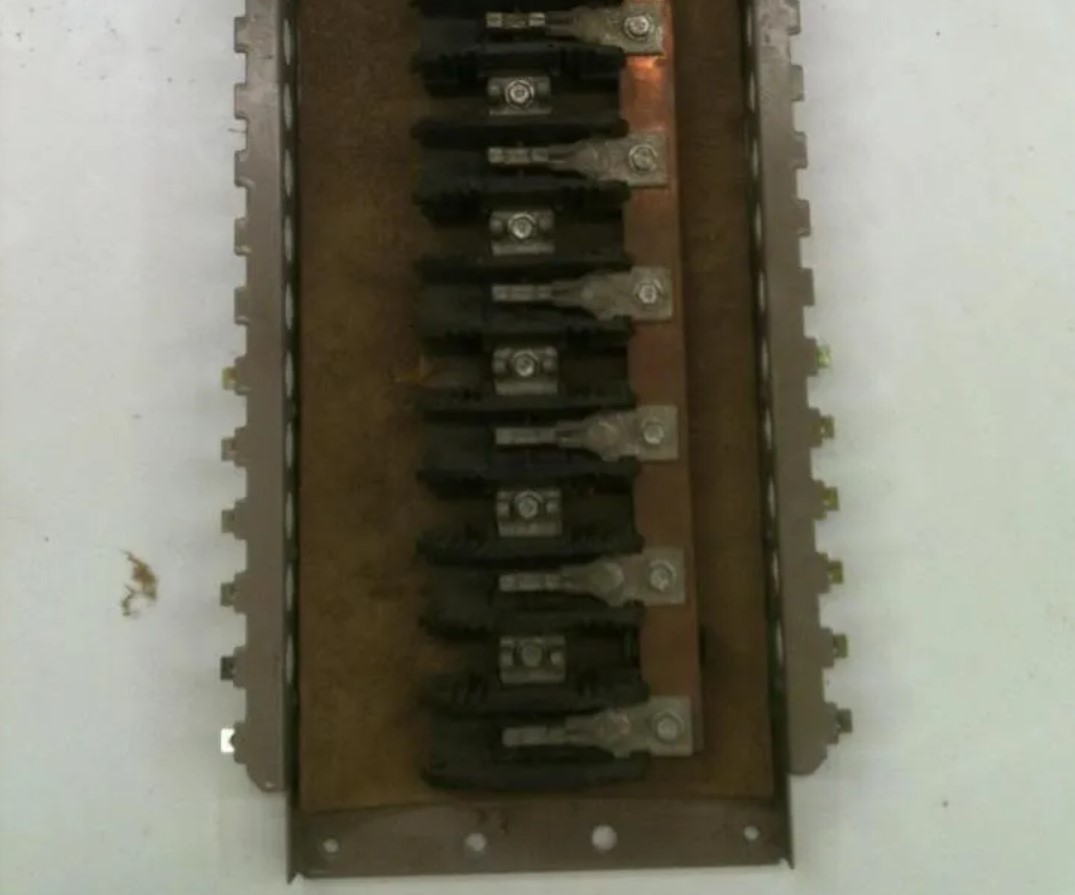 If I CAN do this, and my panel doesn't have any restrictive design (those little tabs) that constrains the physical slot the tandem breaker goes into, is there a preference for where to place them, like at the bottom of the panel, or does it not matter at all? If they are stabilized against other breakers so they don't 'flop around' without the tab are they okay?

And finally, is this panel so old that I shouldn't stress it out? It seems mechanically okay, doesn't look like it's falling apart. Should I be looking at replacing the panel instead of testing its limits with tandem breakers? This is the start of essentially a complete rewire of the house and adding a sub panel in the garage to power some shop equipment. So I don't want to stress this panel out on step #1 if it's not made for it. I'd like to only wince once, only do this one time.

Thanks in advance! Aaron 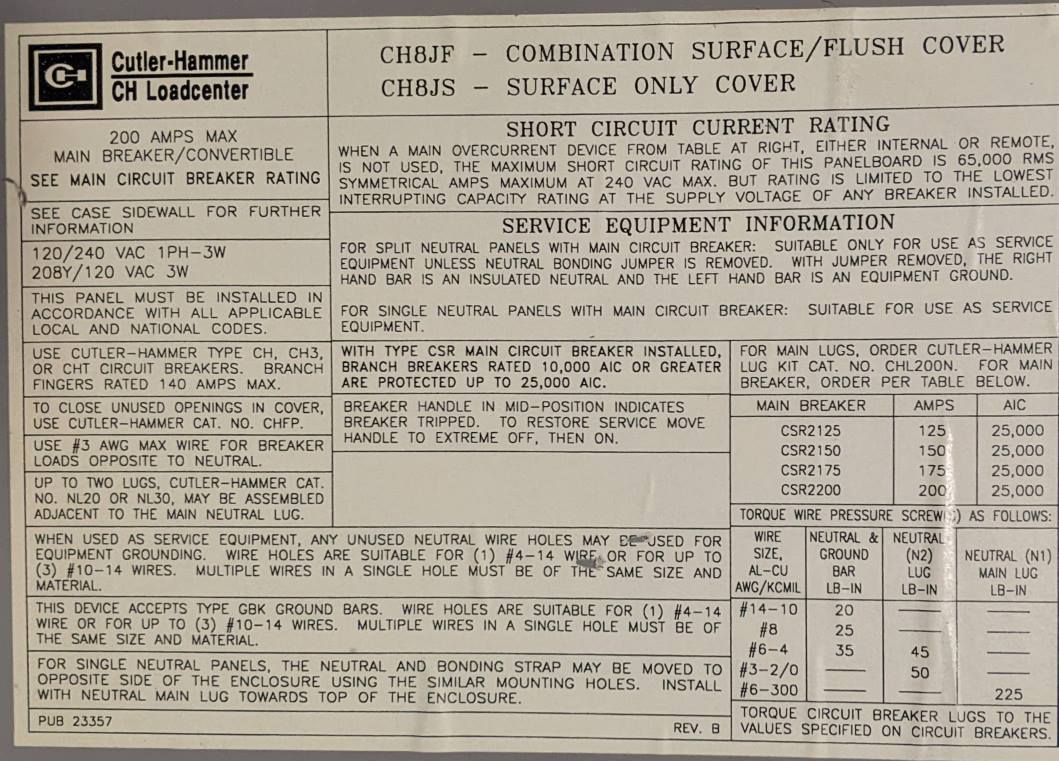 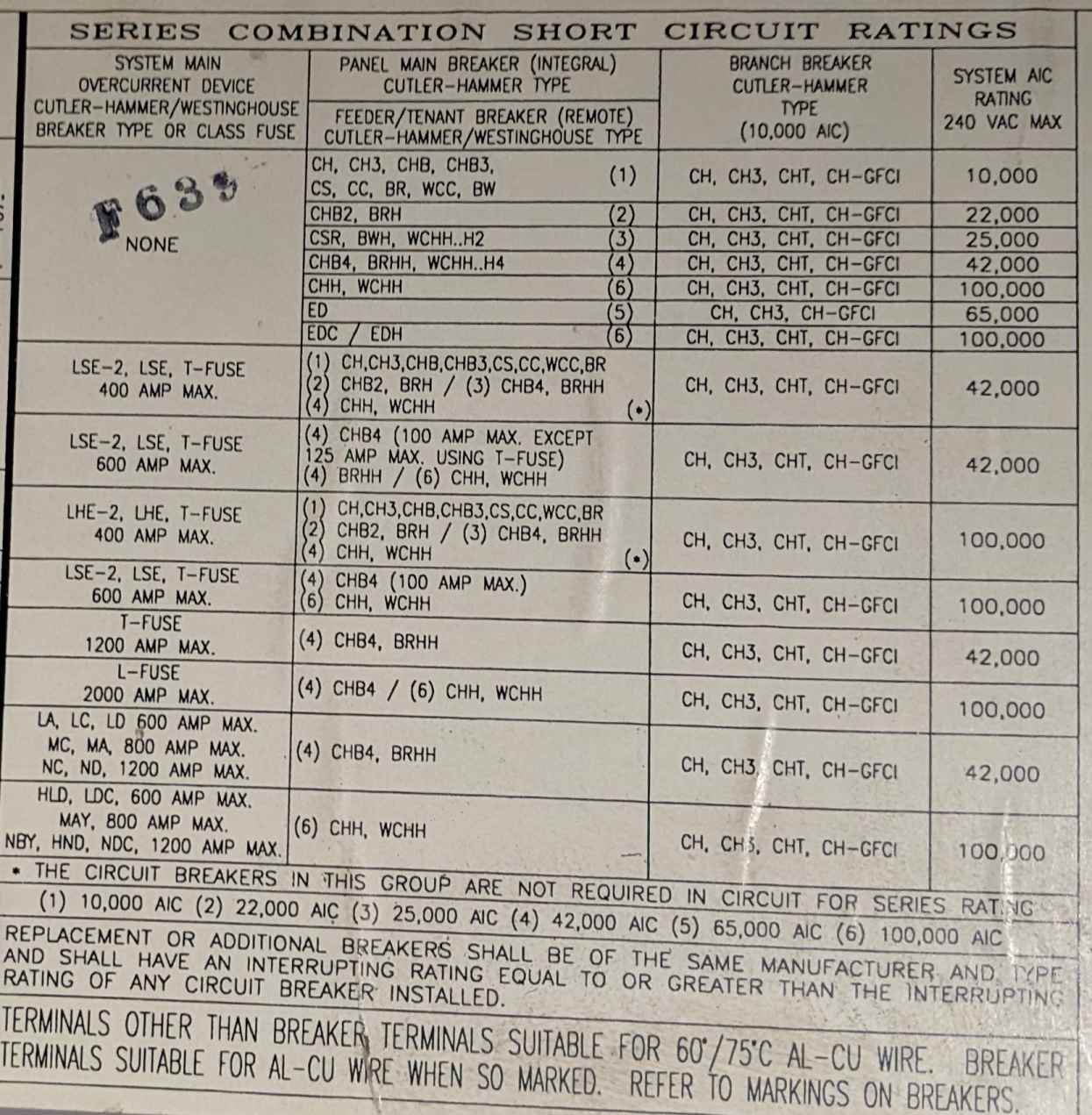 That formula you found, you didn't find it in any part of NEC that applies to residences. If it existed, it would come up in nearly every subpanel installation.

The CTL (Circuit Total Limitation limiting to 42 circuits/panel) rules have been abolished.

The panel interior that you pictured has CTL notches on every bus stab, so it can use CTL tandems (Eaton calls them "twins", I call them double-stuff) in every location. Your panel may vary. But that only affects CTL breakers.

The notches do nothing to stabilize the breaker. Twins click in normally. The notch's only job is a reject feature, which matches a bar on a CTL breaker that prevents its insertion where it does not belong. Prior to the CTL rule nothing had notches, so to support those early panels, they never stopped making non-CTL twins which have no bar.

UL approves labeling and instructions as part of Listing the equipment. Many say the restrictions on the labeling still apply. Eaton supposedly says tandems are now allowed in every space in every Eaton panel, and if the CTL permissive notches aren't there, use non-CTL breakers. I presume they got UL to approve this.

It appears Eaton CHT is the only twin breaker they (still) make, and has no reject bar, so it works both CTL and non-CTL panels. That seems to be Eaton's plan: drop all CTL breakers from the line. They're not done with BR yet, and I hear there are shortages due to COVID.

I don't have any problem with older Eaton CH panels that are in good condition. CH is the finest panel you'll ever find in a residence, setting aside Pushmatic, of course.

The main problem your panel has is not enough breaker spaces, clearly. On a heavy remodel you need to come up to current Codes, and that means piles of AFCI and GFCI breakers on 15 and 20A circuits. Eaton twins/tandems are little help since they are only made single-pole and 15-20A, the very circuits which need xFCI!

A subpanel right there is a fine way to solve that problem.

Not the answer you're looking for? Browse other questions tagged wiring electrical-panel circuit-breaker or ask your own question.

4
Using a 30-amp tandem circuit breaker for a 120/240v circuit?
2
How can I add arc-fault protection to circuits in this panel?
2
How to tell if breaker box can handle another tandem breaker?
2
Is it possible to make space for a double-pole breaker in this panel?
4
What are good uses for tandem (double-stuff) breakers?
1
How can I reconfigure my breakers to make room for a sub-panel feeder?
2
Tandem/twin circuit breakers installed where not allowed?
1
Do I use the Siemens Type Q Breaker in ITE Blueline Loadcenter panel?
8
Can someone explain this Tandem Breaker Setup to me?
14
Do I need to replace my electric panel to eliminate tandem breakers?