What is the purpose of flanged plugs?

What is the purpose of putting a flange on a plug like this (from yard equipment)? Help me understand. 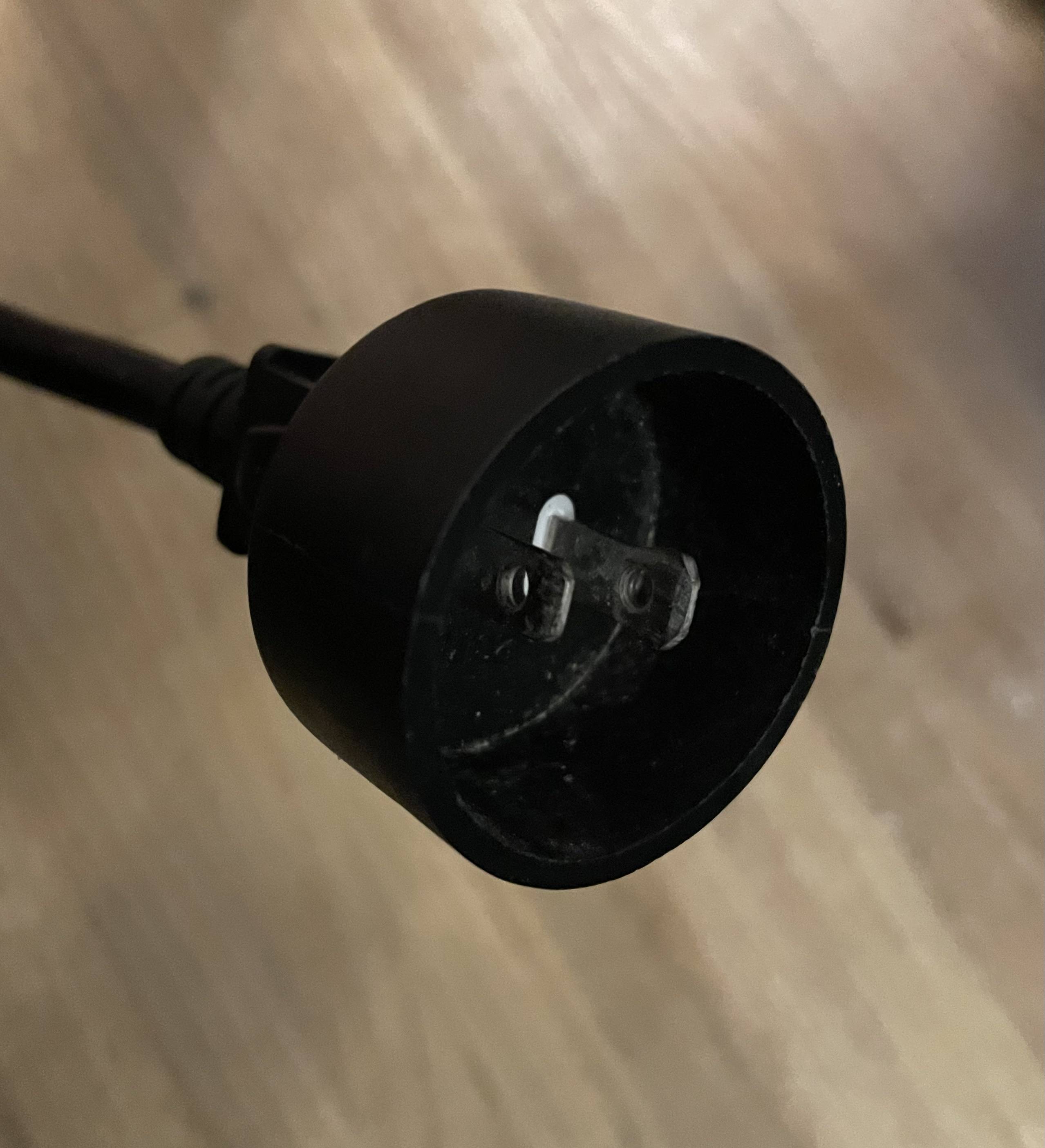 It seems to me it only serves to keep you from plugging it into a cord with a built in splitter. And even with a single outlet cord, they don’t hold well.

The solutions I’ve seen are:

Any better options? What am I missing?

The flanged plug is a UL White Book requirement

Aside from approving safe equipment, UL has a second unrelated role: they are the author of the appliance safety standards (apocryphally known as the "UL White Book").

The manufacturer doesn't want it on there. It's there because enough people got maimed or killed by appliances that didn't have it, to warrant UL changing the standards. Aand you can bet in the panel meetings, the manufacturers were banging their shoe on the table trying to stop it. But safety prevailed.

So your argument of "It's stupid and inconvenient" has already been debated and rejected by experts.

I have some guess as to why, having been bit by USA plugs that pulled half out of the socket on a power tool. But it may also have to do with not wanting you trying to use 2 tools at once or trying to drag around a second cord that's going to somewhere else.

Yes. It is a reject feature designed to inconvenience you.

And you can modify the appliance to remove it (options 1 and 3), but if you get hurt, you'll have trouble with your insurance claim. And if you hurt someone else, you will be in a much worse place to mount a civil or criminal defense.

Your best bet is probably to use an intermediate length extension cord in the middle.

It prevents exposing the cord prongs when the plug is partially inserted. So when you hit the end of the cord and the device unplugs itself, there is no chance for things to contact the prongs while they are energized.

It requires the use of an extension cord. These are mostly seen only on equipment with a short cord and the expectation that a longer cord should be used with it.

If you have problems with the cord becoming unplugged, learn to properly knot them together, or buy a hunk of plastic to do the same thing. The latter are often provided with equipment using this type of plug.

The "better solution" you seek is the blindingly obvious one of using a normal-to-long extension cord with a single receptacle on the end of it, as this is clearly intended to encourage (and it might also be specified in the owner's manual.)

If you replace it with an unflanged alternative, just keep it off the ground and out of the rain.

And always make sure your outdoor circuit is protected by a GFCI receptacle or breaker.

Should you require electrical protection of the prongs, due to water/grass/snow, or if the plug and receptacle keep slipping off, you could use an "extension cord safety cover" 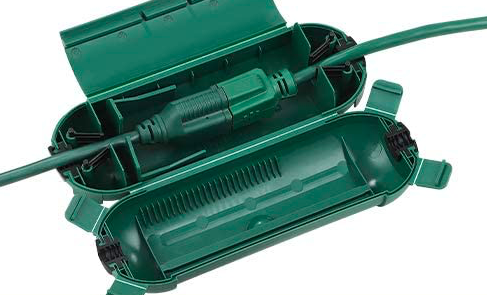 If you wish to replace the appliance plug or the cord's receiving "end", make sure they are grounded, rated for outdoors, and you could opt for one with a built-in light at either end: 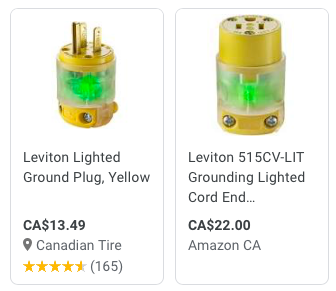 Not the answer you're looking for? Browse other questions tagged electrical backyard or ask your own question.