ABS drain pipe to sewage broke at elbow: how to replace

ABS drain pipe to sewage broke at this part. I fear I have to replace into the concrete. What would you do for a minimally invasive repair? 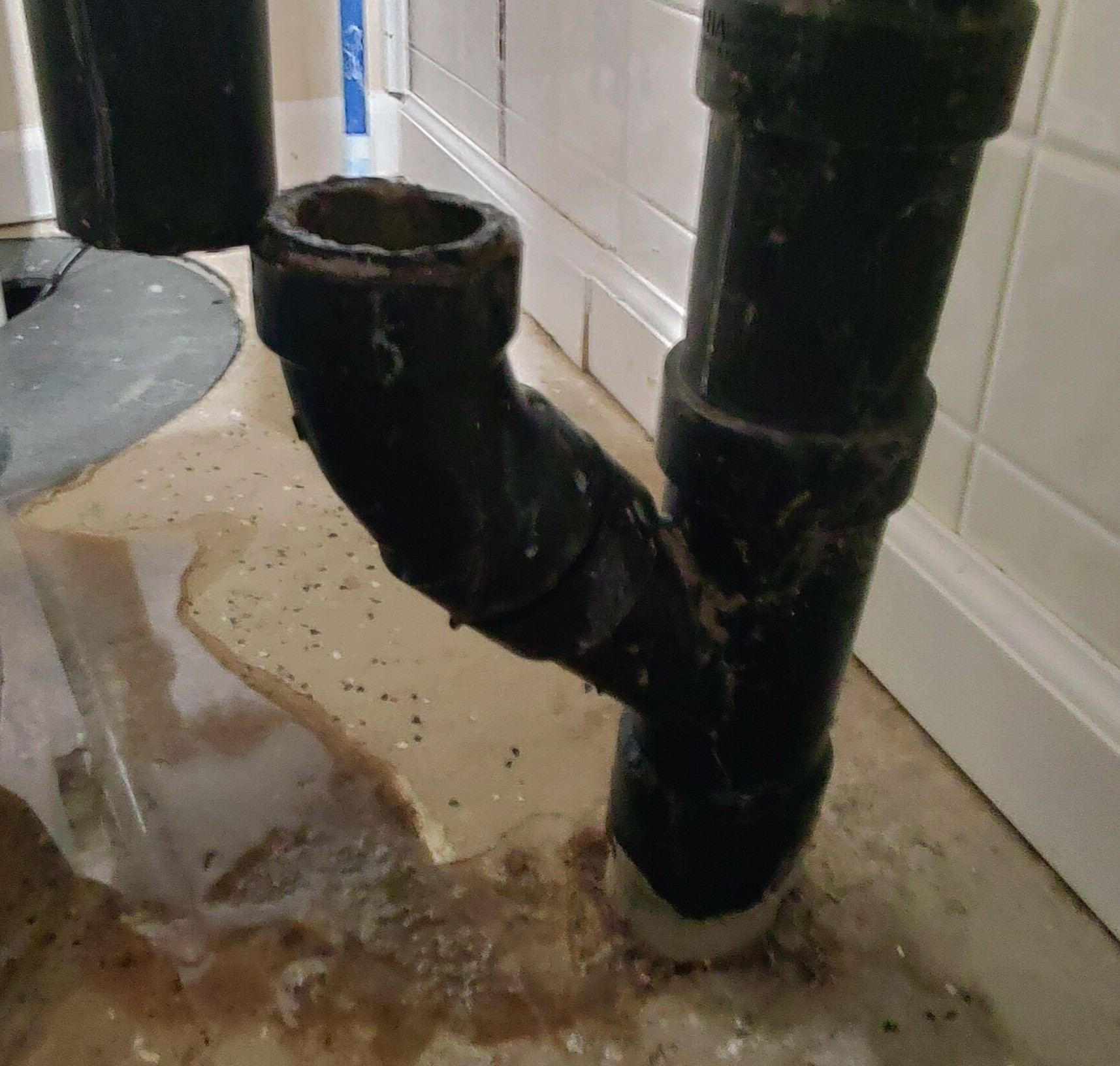 Can I somehow keep the elbow piece? If not, how would you go about fixing this?

You can use an ABS/PVC pipe reamer to remove the broken section from the fitting side, then glue in a replacement pipe like normal. Just make sure to pay attention to how far out you ream the pipe.

It's like a genie in a bottle! You get three chances.

You can try removing the broken stub from the elbow's socket. There are mechanical approaches, such as grinding with a reamer or sanding with eg a small sanding drum on a rotary tool ("Dremel").

Heat might help, though I confess I've only ever rescued the inverse situation and only with PVC, not ABS. The idea is to warm the plastic enough that it's pliable. You can then tug the pipe stub toward the center, separating it from the elbow's socket. If you get it right, the plastics separate at the solvent-weld layer between them.

Since you do have several chances available to you don't be terribly stressed about trying something. Also, you may find it helpful to make up some practice parts by gluing a few new fittings from the store to each other so that you can test the techniques on those first.

Not the answer you're looking for? Browse other questions tagged plumbing abs or ask your own question.

2
How can I repair an air conditioner drain line that is broken flush with the wall?
0
How do I repair this friction ABS kitchen sink pipe fitting
0
How to remove roots in sewage drain
1
Fernco coupling to join ABS drain pipes under basement?
0
How to repair leak between P-trap arm and drain pipe
10
How can I temporarily repair a lengthwise crack in an ABS drain pipe?
3
ABS pipe connection question