I'm trying to troubleshoot an issue that's been happening with one of our circuits in our '87 house (home office). At least twice now, the 15 A circuit breaker has been tripped on our 200 A breaker. Here are the details and steps I've taken to troubleshoot:

From what I understand, because this is a 15 A circuit, we should be able to draw around 1800W of power before anything trips. My reading of 600W is well below this limit, yet it seems that after a short while the circuit still heats up enough to trip the breaker.

Any idea what could be happening? Is this an indication of a faulty fuse in the circuit breaker? Is there a phantom load somewhere that is pushing us past the 1800W "limit" (1200W though??)

Edit 2: pictures of the circuit breaker - number 14 is the one in question. 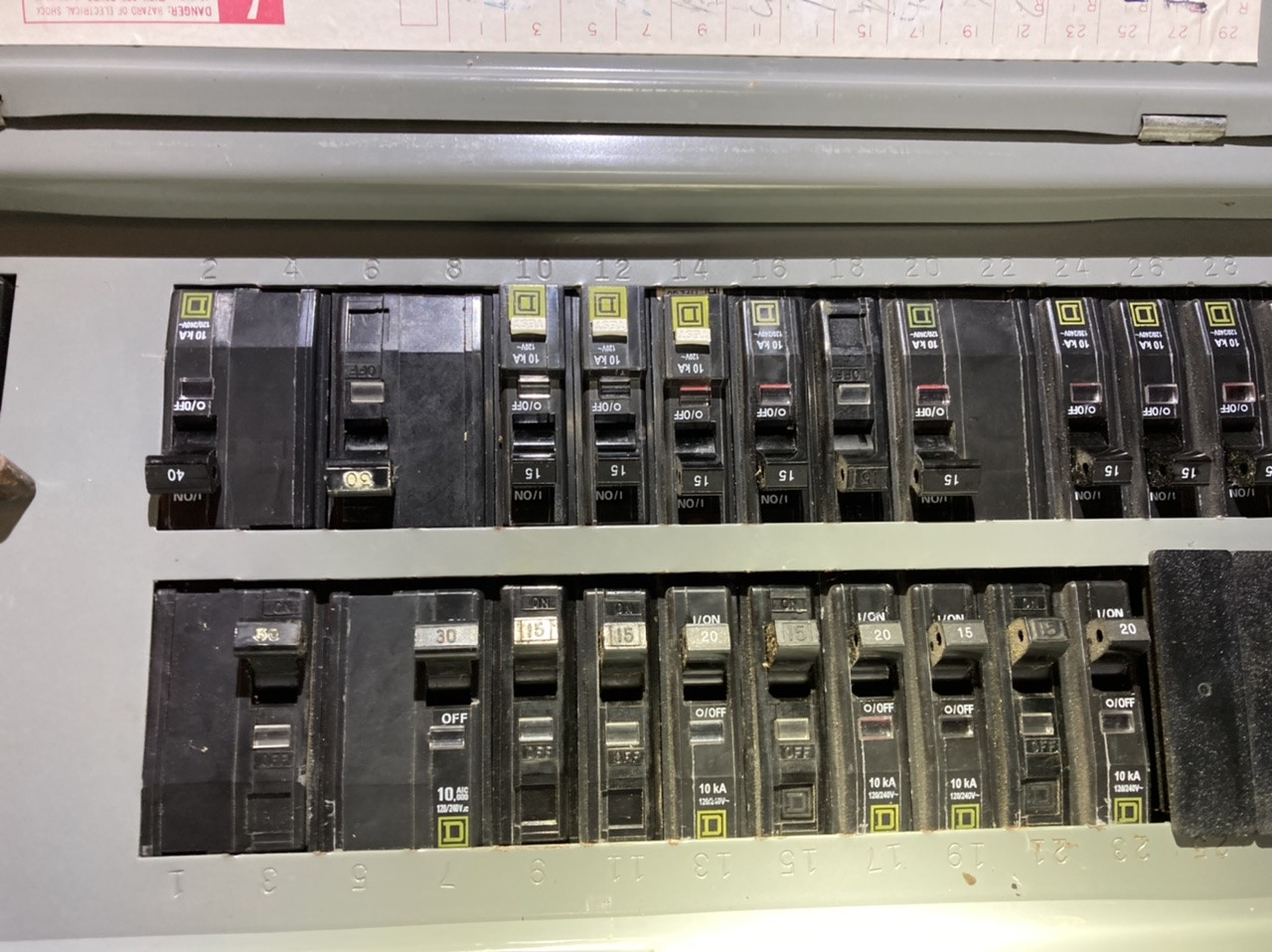 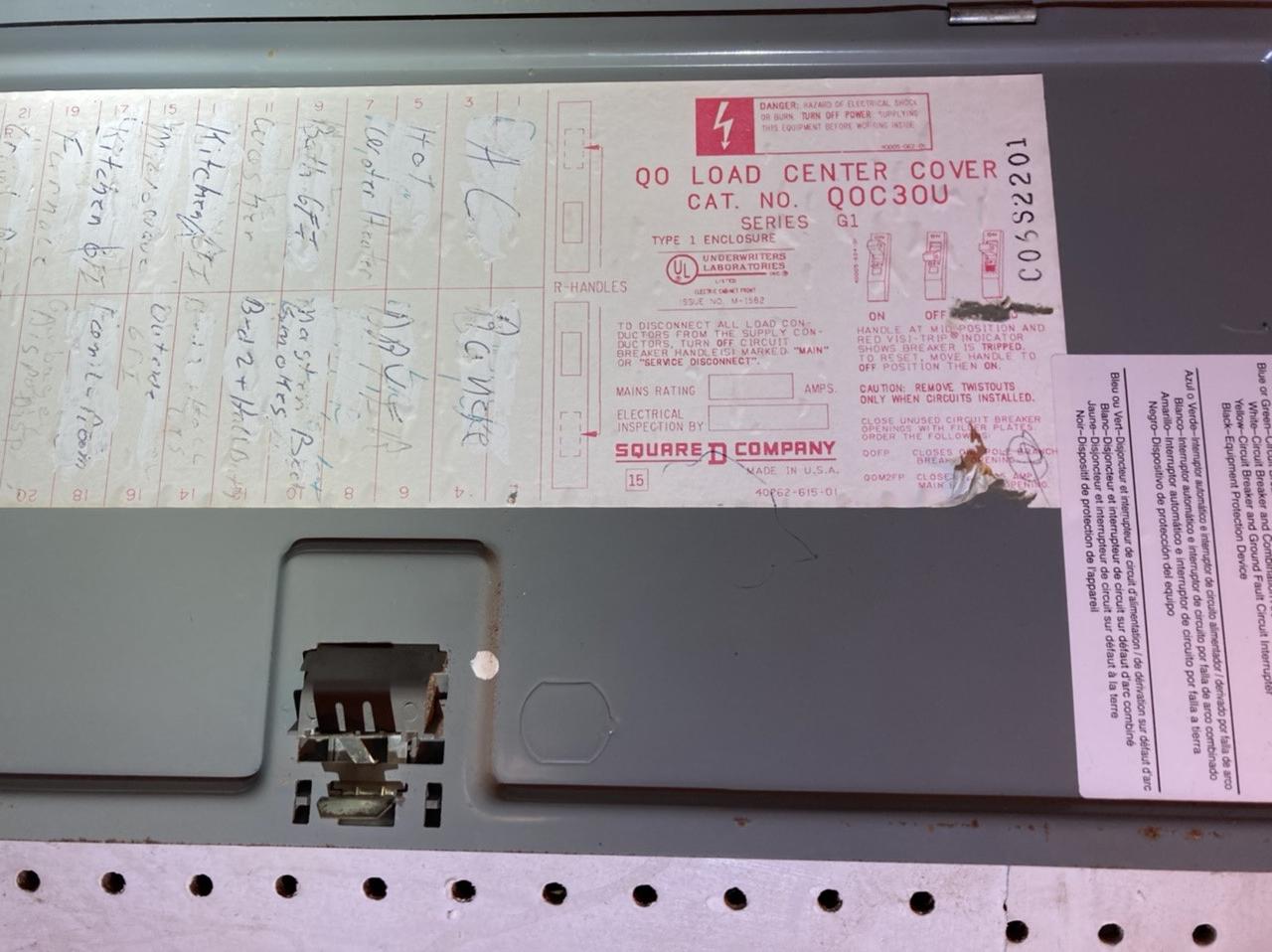 Edit 3: upon testing the affected circuit breaker (number 14) it immediately tripped, which seems to indicate a fault to ground issue.

As George says the load should be de rated from the max of 15 amps but the breaker should not trip for over current until it reaches 15 amps.

What concerns me the lap top and heater go off at a different time than the lights this sounds more like an arc fault issue.

since the laptop and heater go out followed by the lights I would be checking for a loose connection where the desk & heater plug in at that receptacle.

From memory the QO’s with a white button were combination or cafci breakers. This would support a loose connection as it arcs and your laptop dies the breaker senses it and kills the power.

Since this seems to be an intermittent problem, if you're comfortable working in the main panel, swap the wire for your home office to another 15 Amp breaker in the panel and see if the problem continues on that breaker or stays on the original one. Breakers, like everything else, fail. They are energized 24/7 for many years so yes, they can fail. I've replaced dozens over the last 50 years just based on this simple test.

Not the answer you're looking for? Browse other questions tagged electrical electrical-panel circuit-breaker load circuit or ask your own question.