The electrical in my home (old house, newly purchased) is a nightmare. In other posts on here I've mentioned how my zone valve for heating wasn't working because I discovered that the zone valve was connected to both a wire that had come from a step down transformer AND a wire that went straight back to the breaker. When I fixed that, the zone valve worked. There's also all sorts of loose wires that I've found hanging, uncapped. (Fixing everything as I find it)

My latest dilemna is this: There's a downstair workbench/desk that has an outlet over it, pictured: 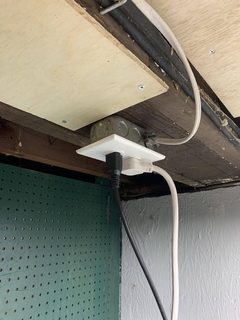 Well, that's great, except that outlet is powered by this outlet adapter circled in blue: 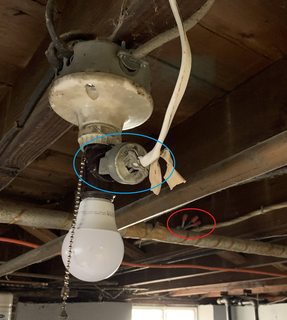 Well if you notice the red circle in the background of that photo, I discovered that is a 'free' bundle of wires that go directly into the breaker box. Its not connected to the breaker box, but it looks like it probably used to power a water heater (based on the label of the breaker in there that's free). Worth repeating that, there is a 30amp breaker with nothing plugged into it I was thinking I'd connect to.

Here's a diagram of roughly what's going on: 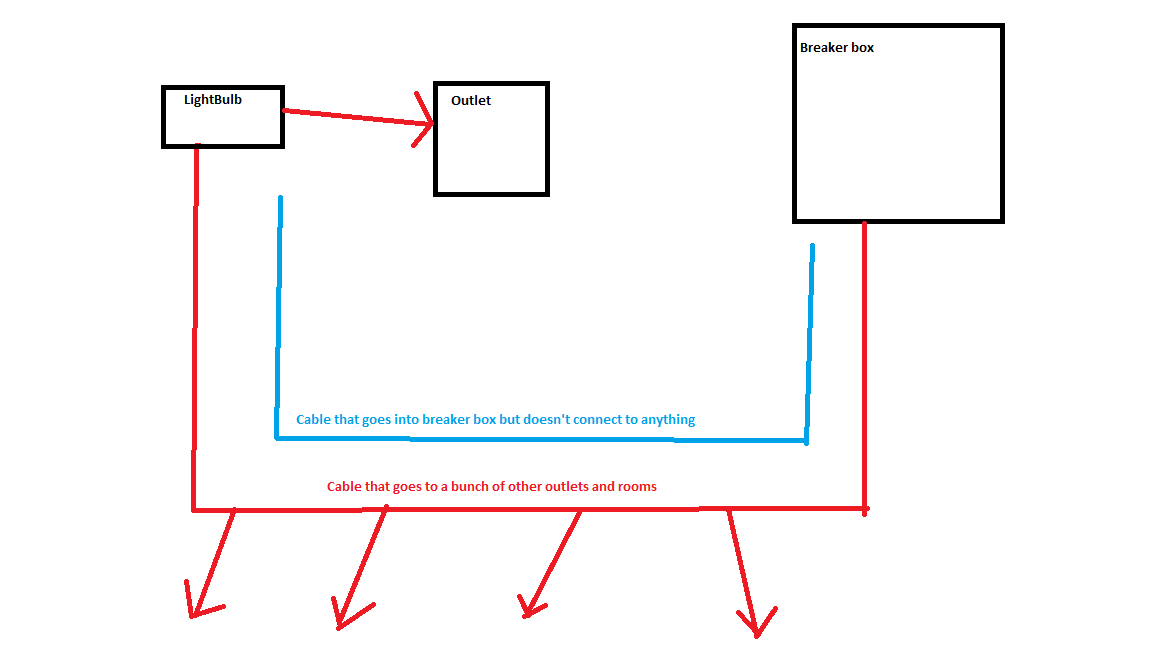 My question is: I'd love to connect that bundle of wires (blue in the diagram) directly to that outlet above the workbench so that its directly connected to the breaker, not splitting off some lightbulb adaptor with a million other things in the same line. 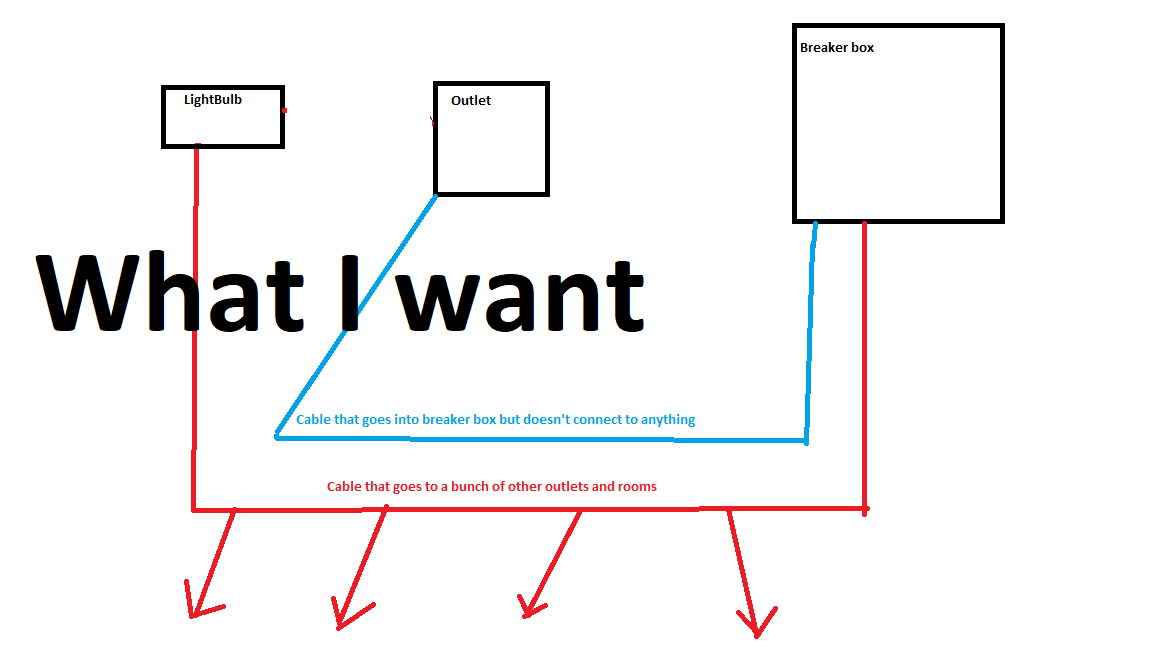 The cable is huge though (not sure what gauge, pictured below) and so my question is: can I connect it directly to the smaller gauge wires coming out of that outlet? Do you need to do something to connect wires of different gauges? 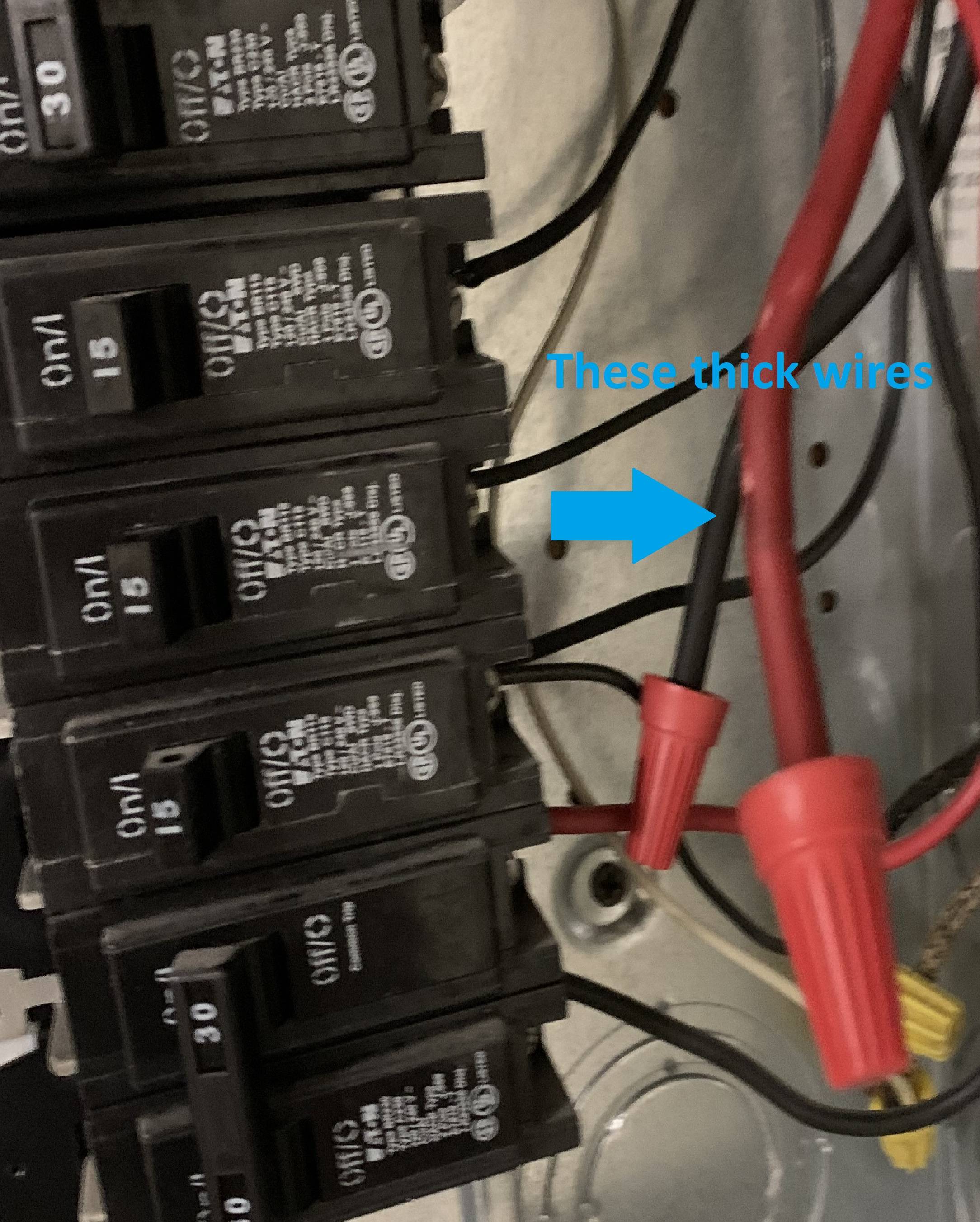 At the breaker panel, you need to replace the 30A double breaker with a 20A single breaker and leave the other space blank (with a filler plate) or put in a single breaker for another circuit.

Note that there are ways to use a double breaker here and get twice as much power by using both black and red wires. That is called an MWBC - Multi-Wire Branch Circuit. But it gets confusing and it complicates installing GFCI, which you most likely need in this location, though receptacle in the ceiling complicates that because GFCI are not supposed to that high up. Really you should install a GFCI/breaker (costs more) or either extend the cable (connection inside a junction box) or rearrange things a bit so that the receptacle is in an easily reachable (without a ladder) location.

0
Connecting circuit with two hots to breaker(s)
2
Replacing outlet; found one white wire hot. How to connect?
5
Mystery current on neutral wires coming into outlet box
1
creating a 120v circuit from a 240v SEU circuit?
1
More wires than Nest needs
2
Can I use the ground wire as a neutral for an outlet?
15
How can an outlet with only 2 wires (hot and neutral) be grounded?
6
Is it wrong to run ground wires all the way through conduit to each junction box?