MWBC with both circuits on the same bus -- any easy fixes?

While moving some wires around in my garage (to make space for attic storage), I discovered an electrical issue that might be concerning: In my garage there are two circuits delivered as a MWBC, but the two circuits are on the same bus (0V between the red and black, 120V between each of the hots and the neutral). 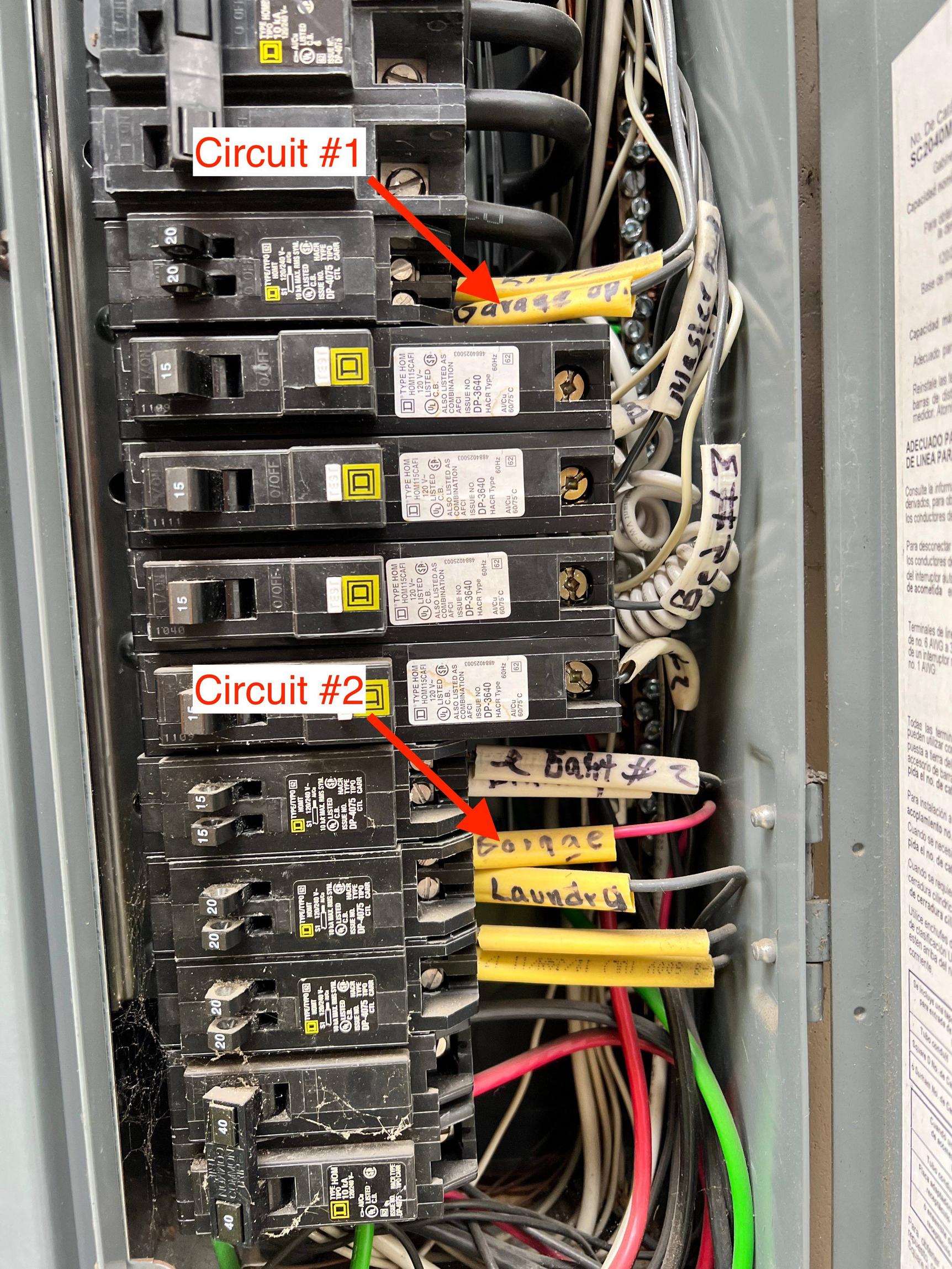 The two circuits are sitting completely separate in the panel (see attached image -- I highlighted the two wires in the MBWC). Interestingly, when I called a local electrician for advice he said it's nonsense and should work fine just as it is, but from everything I am reading it is not only a code violation but also a fire hazard... What would be the easiest way to fix this issue?

One quick fix I could think of was to swap one of those tandem breakers with one below or above it, so at least the two circuits will be on different phases. My concern with that one is that I'd first need to confirm that the other wire on that tandem breaker isn't also a part of another MBWC... And I'm not sure how to do that. Any better ideas?

I have to admit I am quite surprised: We purchased this house new from a builder and have never modified anything, so the home was built this way, which seems incredibly careless.

Update: Just occurred to me that SolarCity (now Tesla) installed the PV system years ago and likely moved circuits around on this panel, so I suppose it's possible they created this situation.

That should be an easy fix.

A handle tie is "just a little piece of metal" - it does not carry any current or have any active components. But rules are rules, so don't just stick a nail in there. As for the cost, this is a relatively rarely needed component for the average DIY/handyman. So big box stores will sell them at a premium, because they can. They have to cover the loss leaders and low margin bulk items somewhere. When you need it, $6 is not a big deal. I would expect an electrical supply house to sell them much cheaper, but you can't beat the big box stores for convenience, and they list everything on web sites open to everyone. Buy it wherever works best for you.

Not the answer you're looking for? Browse other questions tagged electrical electrical-panel mwbc or ask your own question.

2
Subpanel - still getting power with breaker disconnected
4
MWBC (Multi-Wire-Branched-Circuit) w/out joined breakers, how best to fix?
1
2 wires with same neutral in a tandem circuit breaker on the same leg
3
Strategy to free up slot for a 50 amp 240 volt circuit
5
In a multiwire branch circuit, can the two hots be connected to the same phase?
2
Can I have an MWBC plus another circuit in the same junction box?
4
MWBC exists, use for bathroom?
8
Can someone explain this Tandem Breaker Setup to me?
4
Is this a bunch of wrong MWBCs?
4
Alternatives to replace tandem single pole MWBC breakers?