Is there a good way to get 12v into an electrical box?

I have a bit of an odd situation. I have a standard outlet (120v, 15 amps, just a normal United States receptacle). I'd like to run some raceway conduit up from the outlet*. At the other end of the raceway, I'd like to have some 12v lights. I'd also like to have these lights use a 12v dimmer switch. The dimmer is pretty standard. It goes into a normal one-gang electrical box, and takes 12v + GND in, and gives 12v + GND out (but the output is dimmed). Here's how it is wired: 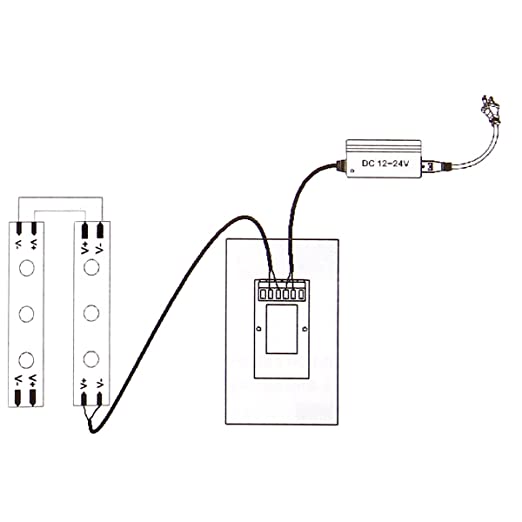 Image taken from the Amazon listing, and archived with the Wayback machine to be safe. 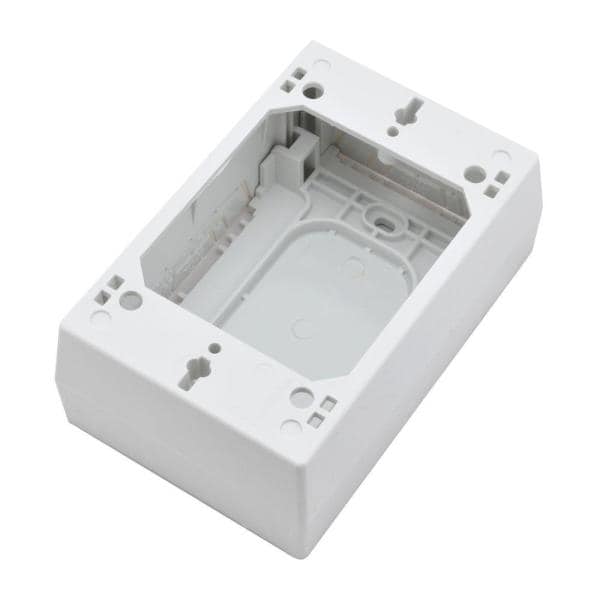 I was thinking, though, it would be nice if I could just remove the outlet, put the box extender right where the outlet is, and then have the switch in the box extender. But, in order to do that, I would need 12v going into the in-wall box. I've seen doorbell transformers, but they appear to mostly take 120v from in the box, and make it into either 12v or 16v outside the box. But I'm wondering if there is a good (code-compliant and useful) way to do the opposite: take the 120v from outside the box, and make that into 12v in the box, effectively making the box into a low-voltage only box, to avoid the "no high and low voltage in one box" rule. Is there a good way to do that?

*The outlet is just mounted like a normal standard outlet (in the wall, the faceplate sticks out maybe a few millimeters).

All you need is a plug-in power supply of a slightly different form-factor, one you're not used to.

You're used to wall warts where they have an integral low-voltage cord. That cordage is not legal to run into a wall mounted junction box.

Instead, get a "wall wart" that has screw terminals for its low voltage DC output. Come off that with thermostat cable. That's all made for on-wall or in-wall use and is free to enter junction boxes.

Not the answer you're looking for? Browse other questions tagged electrical wiring junction-box low-voltage transformer or ask your own question.

0
Doorbell button wiring no voltage?
2
Metal electrical box extenders
1
Does electrical box have to be nailed into side of stud
2
Can I install a device transformer in a junction box to keep it behind the wall surface?
2
Replace MR16 Low Voltage Lights with Standard fixtures
0
How should I wire a dimmer into a 12v DC SPDT On/On setup
1
Should I replace ELV 12V transformers with LED drivers?
0
Can I plug a driver/transformer for 12v undercabinet lighting into the same outlet the OTR microwave is plugged into?
0
How to implement a zoned low-voltage lighting?