Outlet outside on the porch of my apartment not working

The 15amp outlet(was not GFCI) outside my home on the porch stopped working. When I pulled it out to replace it with a 15amp GFCI outlet I noticed both wires were inserted into the top and bottom holes where only the white wire was supposed to be.also what looked to be the broken off tips of two more wires,were inserted into the other two holes.There is only one white,one Grey and one non insulated ground wire coming from the wall.i replaced with 15amp GFCI outlet,still no luck

The 15amp outlet(was not GFCI)

Because most likely, it was protected by a GFCI device somewhere else. (did you know GFCI's could do that?) 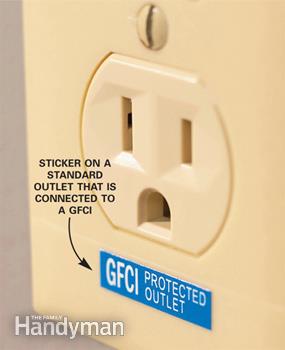 Anyway, the "I'm not going to use any of those stupid blue labels" person has struck again. The Electrical Code requires that receptacle to have been marked with a "GFCI Protected" sticker, which would have clued you into search for a GFCI breaker or receptacle somewhere else which has tripped.

Replacing the receptacle is a lost cause until you get the power working at that location. You are ignoring the core problem and fixing something else altogether, and hoping "fixing that" will "fix this". It's like changing the oil on your car and expecting the flat tire to just re-inflate itself.

what looked to be the broken off tips of two more wires,were inserted into the other two holes.

The "holes" are the notorious "backstabs", which cause many circuit failures due to their unreliability, and we discourage it. Faulty backstabs here or elsewhere might have a role in the problem. But the "GFCI elsewhere" theory is more likely.

Given the weak practice of using backstabs, it's not surprising to see the also-weak practice of cutting off wires in backstabs (instead of twisting and pulling them out). Don't do that; wire length is precious and you can't afford to waste 1" every time you swap a receptacle. Code minimum is 6" beyond the sheath and 3" beyond the wall surface, so a lot of people see 8" and think "I have 8" to spare", no, you have 2" to spare.

The evidence suggests someone was already in here trying to troubleshoot this problem, and since it worked for you, clearly the problem was elsewhere then. It's probably elsewhere now.

Again hunt down that GFCI. And this time, install the Code-mandatory markings that say "GFCI Protected"! That way next time it happens, you'll go "oh, that's right".

Once you discover the outlet is GFCI protected, put a plain receptacle there and use the side screws or the "screw-and-clamp" on better receptacles.

Take the GFCI back, or put it on a circuit that doesn't have any.

4
How can one whole group of outlets stop working, but the wires to one plug on one outlet are still hot?
0
Replaced outlet still not working
2
Wall of 2 switched outlets not working
3
outlet not working but grounding screw is hot
0
New light switch not working
0
Replacing 4-wire outlet and didn't label the order -- does it matter?
0
breakers all putting out power but outlet not working
1
Electrical outlet installed by previous owner had Black and Green wires wired together
0
Kitchen Outlet Series Not Working
0
Gfci not working