I recently moved into a house with a gas fireplace. The fireplace did not turn on when I flipped the wall switch, so I started poking around to try to figure out whatâ€™s going on. I have absolutely no info on the fireplace and canâ€™t really make out any model number or anything.

Most of the fireplace internals are blocked by brick unless I start taking things apart, but I was able to pull out the â€śCommand Centerâ€ť, pictured below. 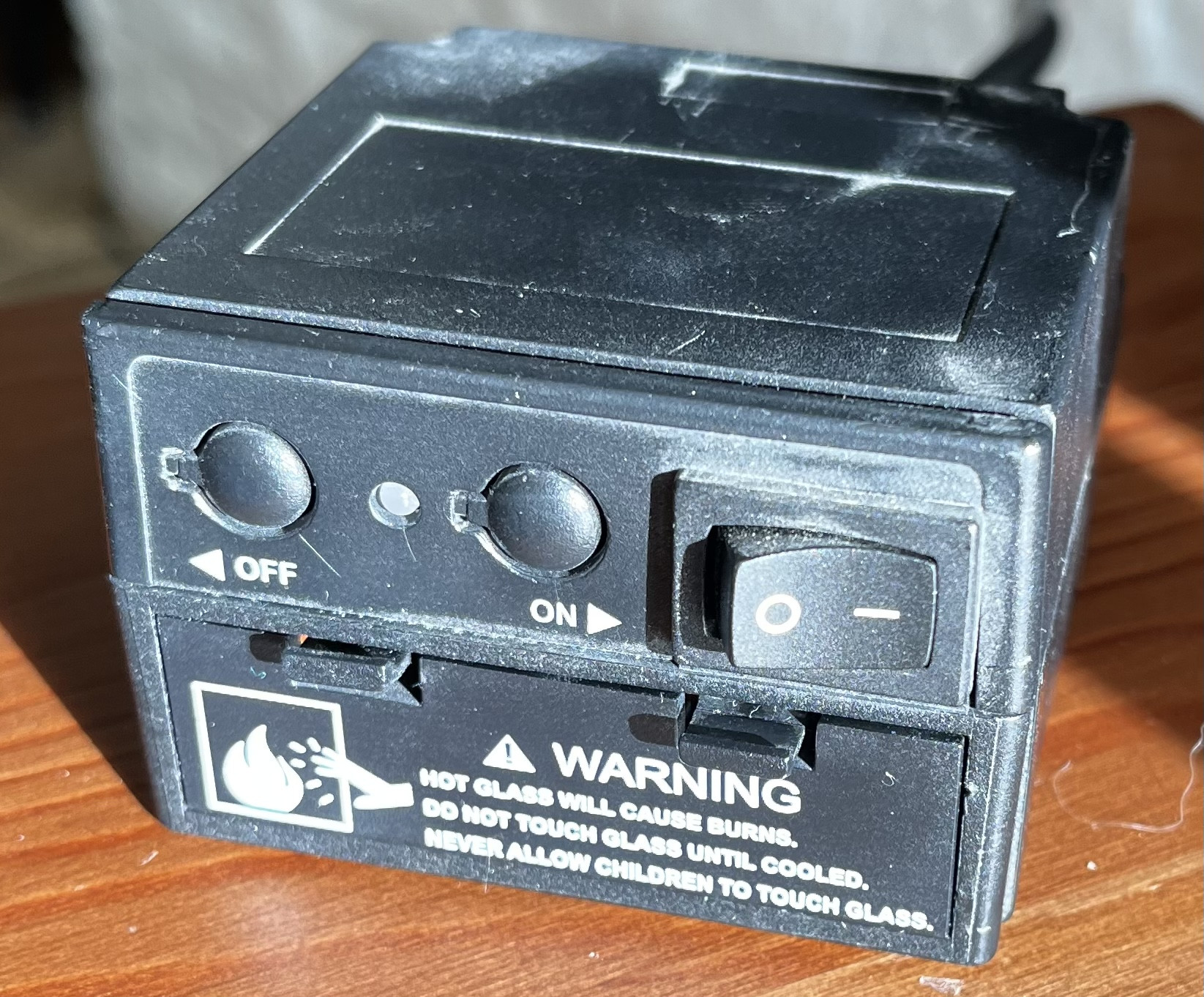 This takes 4x AA batteries, all of which were missing. I added those, and when I click the â€śONâ€ť button, everything seems to mostly work. The fireplace immediately beeps, I can hear the igniter ticking and I can see the pilot and main burners ignite. Everything stays lit.

However, things are more confusing when I hit the â€śOFFâ€ť button. When I first hit it, a few things happen:

Aside from the beeping and ticking, nothing actually changes with the flame.

If I hit the â€śOFFâ€ť button again, I see this instead:

This behaviour is repeatable. When the fireplace is off, I can consistently turn it on and then back off, but only after hitting the OFF button twice.

It seems fishy that I need to double tap the OFF button to turn off the fireplace, but this at least tells me that the fireplace is functional in some basic way.

None of this makes much sense to me. The LED on the Command Center always reflects the state of the wall switch, so I donâ€™t think thereâ€™s a wiring issue between the two, but it doesnâ€™t seem like the switch is doing what itâ€™s supposed to.

Just to confuse things further, all of my googling suggests that fireplace wall switches use low voltage signalling to control the fireplace. However, I took off the wall switch plate and see some things that would suggest otherwise:

Thatâ€™s as far as I want to take things with the switch since I donâ€™t want to electrocute myself. But I canâ€™t find any references to a high voltage fireplace wall switch, so this is just confusing things further for me.

At this point, Iâ€™m probably just going to call a fireplace technician to come and take a look. But if anyone knowledgeable about fireplaces have any ideas, any help is appreciated. 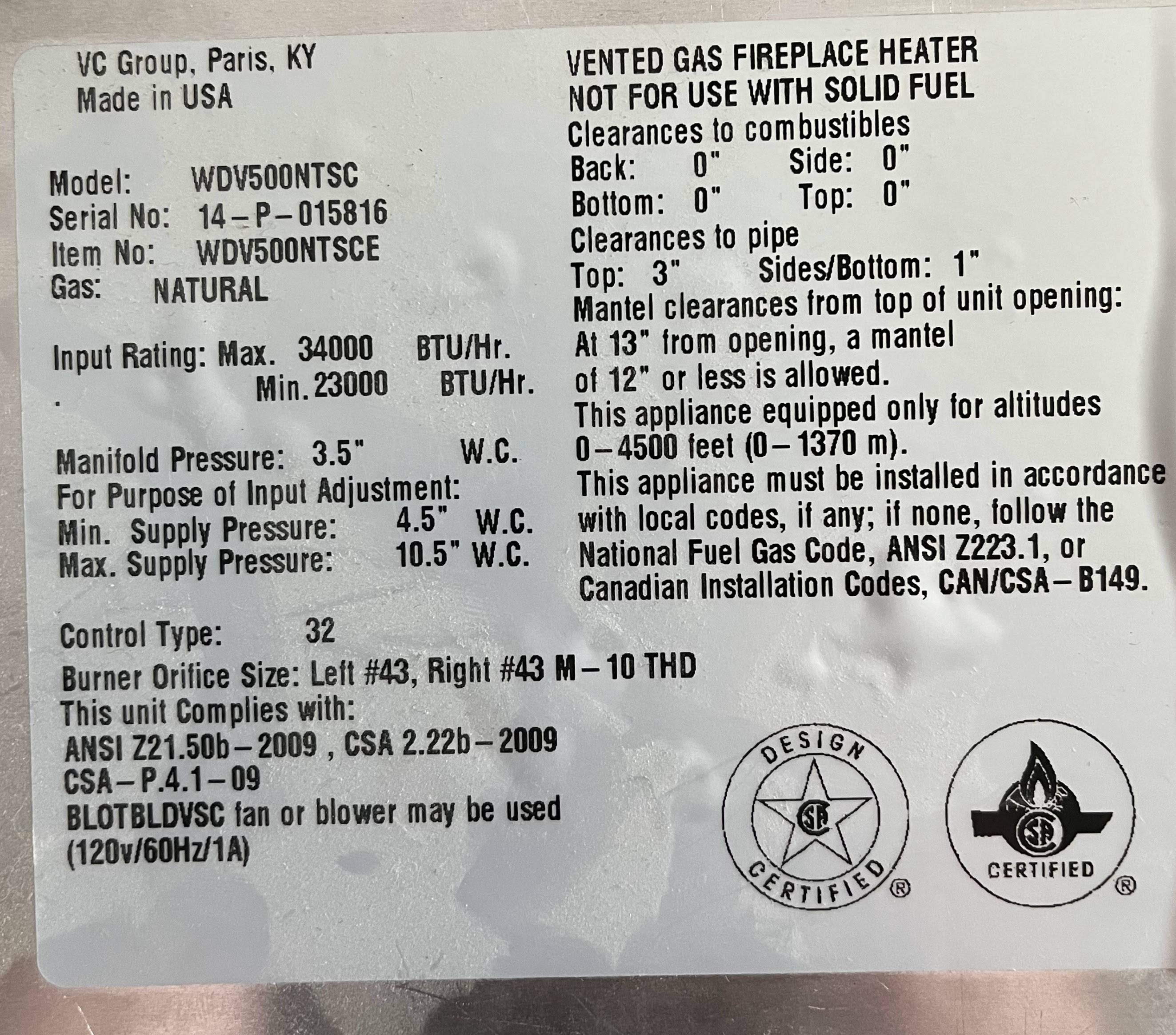 I also found these operating instructions for the Command Center: 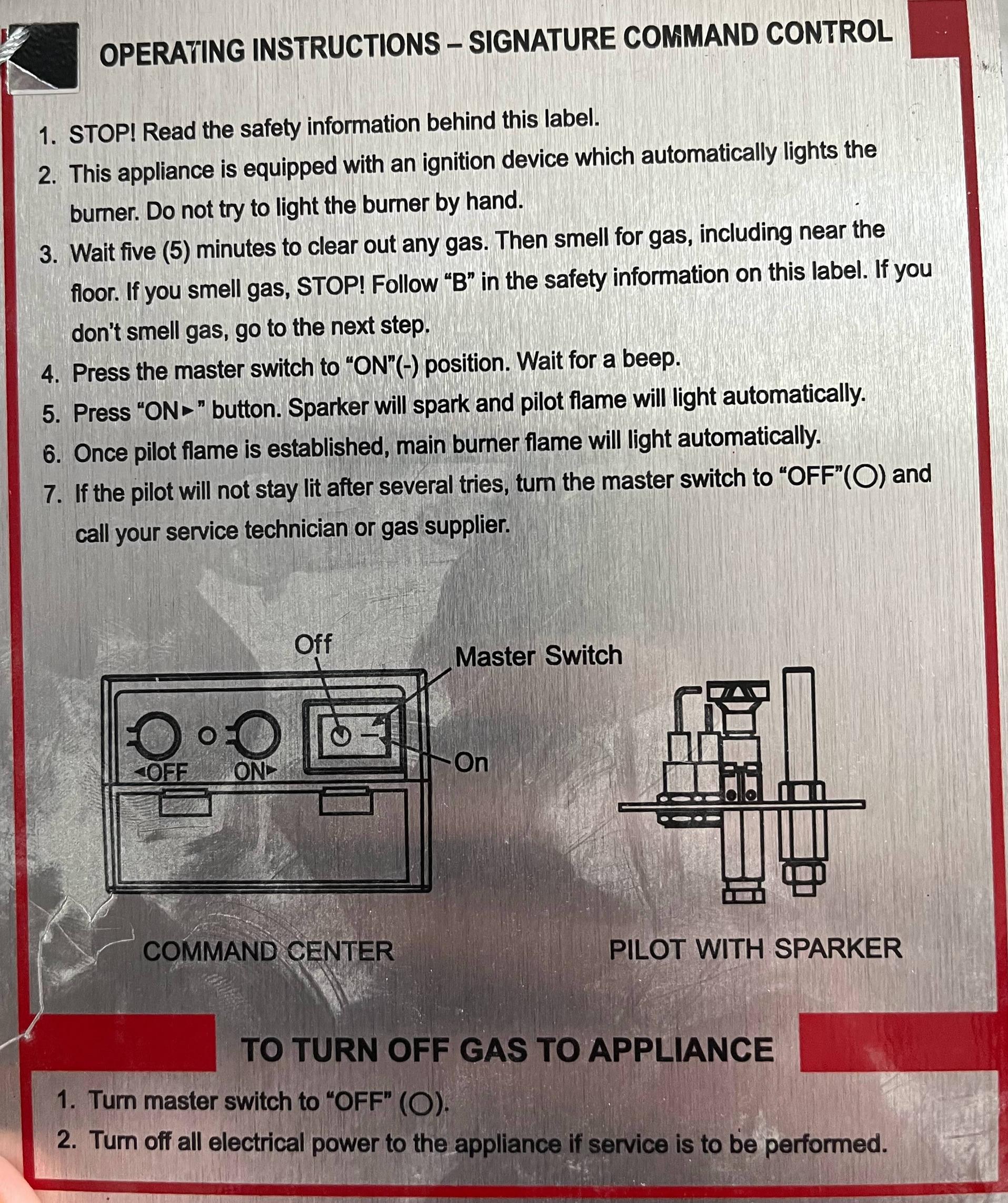 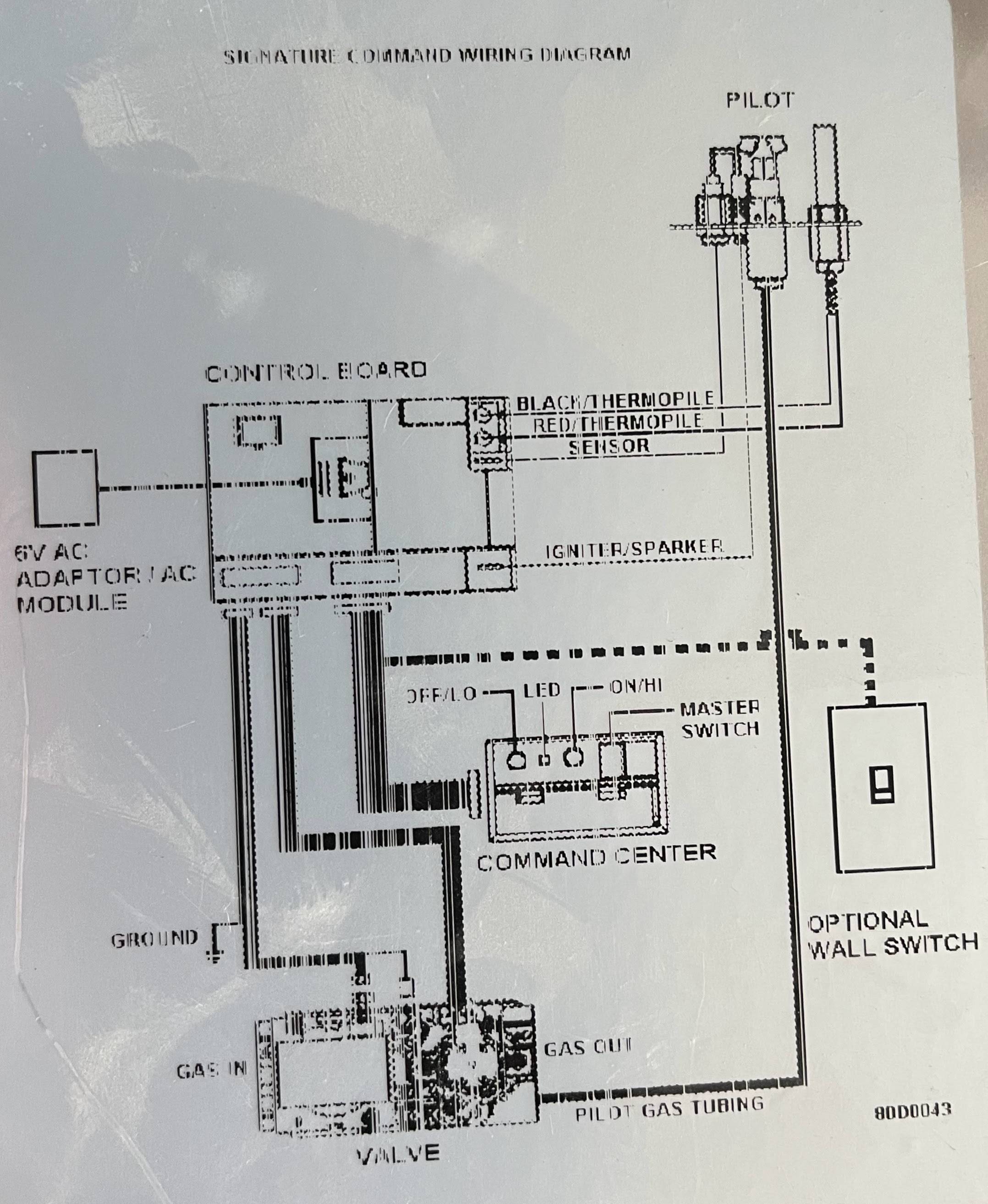 The diagram does label the ON/OFF buttons as "ON/HI" and "OFF/LO" though, so that might be a hint as to why I'd need to double-tap the OFF button to turn things off. Maybe the controller supports a two-stage burner but the fireplace only has one connected.

After finding the model number and looking through the manual, I think I've figured this out. This probably won't help anyone else, but here it is.

The manual included instructions for an RF remote control for the fireplace. The previous homeowners had left this little touchscreen brick behind in a drawer with no information, and as it turns out, after putting batteries in it, I saw that it was actually the remote for the fireplace. I can turn the fireplace on and off using it.

As for the wall switch...

Normally, this fireplace expects you to connect a wall switch to the Command Center, which remotely toggles the pilot/main burner on and off. This is what the wiring diagram suggests. However, this doesn't match the wiring I can see on the control board or the voltage levels I saw on the switch terminals.

It turns out that the wall switch is completely unrelated to controlling the main operation of the fireplace. Looking at the wiring diagram, the fireplace has an AC module, which is connected to 120V power. It seems like the main purpose of this AC power input is to turn on some light bulbs inside the fireplace when it's lit. I'd guess that the valves and igniter also use AC power if it's available, but it looks like like batteries in the Command Center provide enough power for the fireplace (without lamps) to still work if mains power is off.

I'm pretty sure the wall switch just toggles this AC input. The lights can be configured on or off through the remote, but when I wrote the original question, they were configured to stay off even when AC power is available. After reconfiguring this through the remote, the fireplace works fine with the switch in either position, but the light bulbs only turn on when I light the fireplace with the switch in the on position. The green LED on the Command Center is just a status indicator for whether or not AC power is available.

The only remaining mystery is why turning off the wall switch stops puts out the fireplace if its lit. I'm guessing this is a safety / electrical thing (e.g. you can't light the fireplace using AC power and then switch over to the DC battery backup without turning it off in between) so I'm not too worried about it.

Not the answer you're looking for? Browse other questions tagged electrical switch gas fireplace or ask your own question.