Why does my kitchen light switch have a third wire connected?

While at a house from the early 90's in Wisconsin, USA, I encountered the below setup. This switch, to my knowledge, controls a single-light fixture - so could wire #3 be an oddly-colored ground? 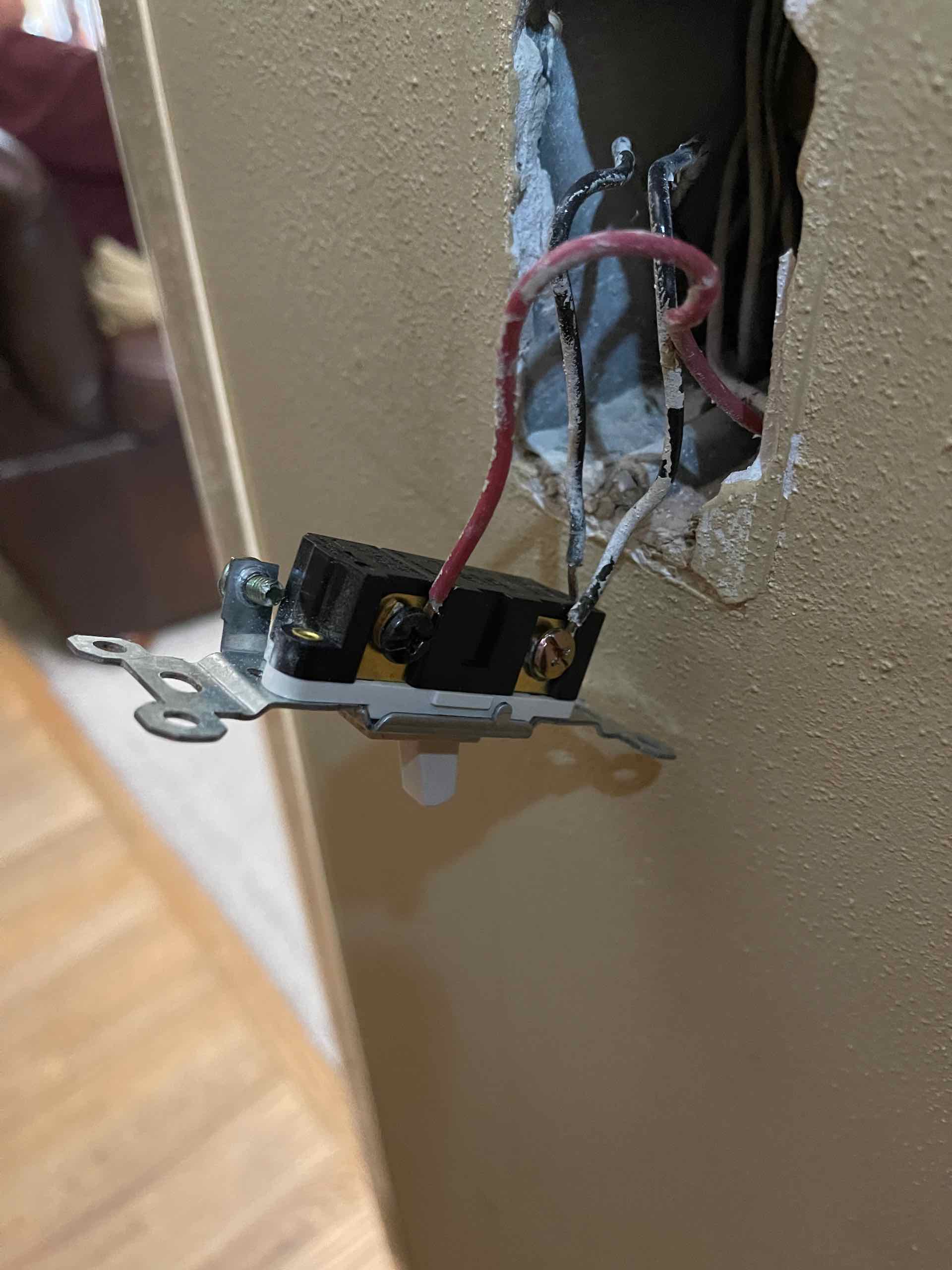 It is not a ground. The ground screw on this switch is on the little metal protrusion above the switch body near the top of the yoke. There is no ground wire connected.

The red wire is probably the "switched" power to the light fixture.

Regarding the two black wires at the bottom, it looks like the person who wired that switch just wanted to save a few cents on wire nuts.

The two black wires at the bottom are both hot - one of them coming from upstream (i.e. back to the breaker panel) and the other going downstream to another device somewhere else in the house. (Note that the upstream might also come from another switch that is wired just like this too.) One wire is connected to the screw terminal and the other is connected to the "backstab" hole next to it. It was a quick and easy alternative to having a wire nut in the box that connects both of those black wires along with a pigtail that goes to the switch.

The easiest way to confirm that this is what you have is to observe whether each of those black wires leaves the box together with a white wire.

It is important to note that this wiring method is now considered unreliable and unsafe (though I don't think it is explicitly banned). If you look at the backstabbed wire, you can see one reason why -- there is a gap (looks like around 1/4”) of exposed conductor at the backstab: either the wire insulation was stripped too far, or the wire has worked loose from the teeth inside the hole (by being shaken or pulled).

(If you are replacing the switch, note that most modern switches no longer have a backstab hole. However, some nicer switches have two holes in the back that come out behind the screw - you can insert a wire into each hole and then tighten the screw to secure both wires. Do not secure two wires under a single screw from the outside, since the screws are not designed for that and one or both wires could come loose.)

Backstabs are internally connected to the nearest screw

That's the puzzle piece you're missing. On receptacles, you see 2 screws and you can plainly see they are connected to each other, so it is simply serving as a splice between the two wires (and feeding the receptacle too). You can't see backstab connections, so this isn't obvious, but the backstab+screw here are simply being used as a splice, to join the 2 wires to each other (and the switch too).

I suspect both black wires are "always-hot" (energized in any switch position). One of them comes from the supply, and the other takes power onward to another point-of-use.

The red wire is the "switched-hot" (energized when you want the light to be on). That coincidentally matches the preferred color code; usually you have to re-mark wires with colored tape lol.

No, that black wire is not a ground wire. Here are some things about this three-way switch that stand out to me:

4
Strange light switch wiring... why would neutral and hot be connected?
5
How do I replace a single pole light switch with a programmable timer switch?
0
What wire is needed for a double 3-way switch on fan/light
2
Trying to install a dimmer switch for my light attached to my ceiling fan
1
How many wires per connector, why is a black wire connected to a white wire, how to install brace bar without attic access?
1
Why is my light switch wired like this?
2
How to Wire a Light, GFCI Outlet, Switch and 2 Outlets on a single circuit