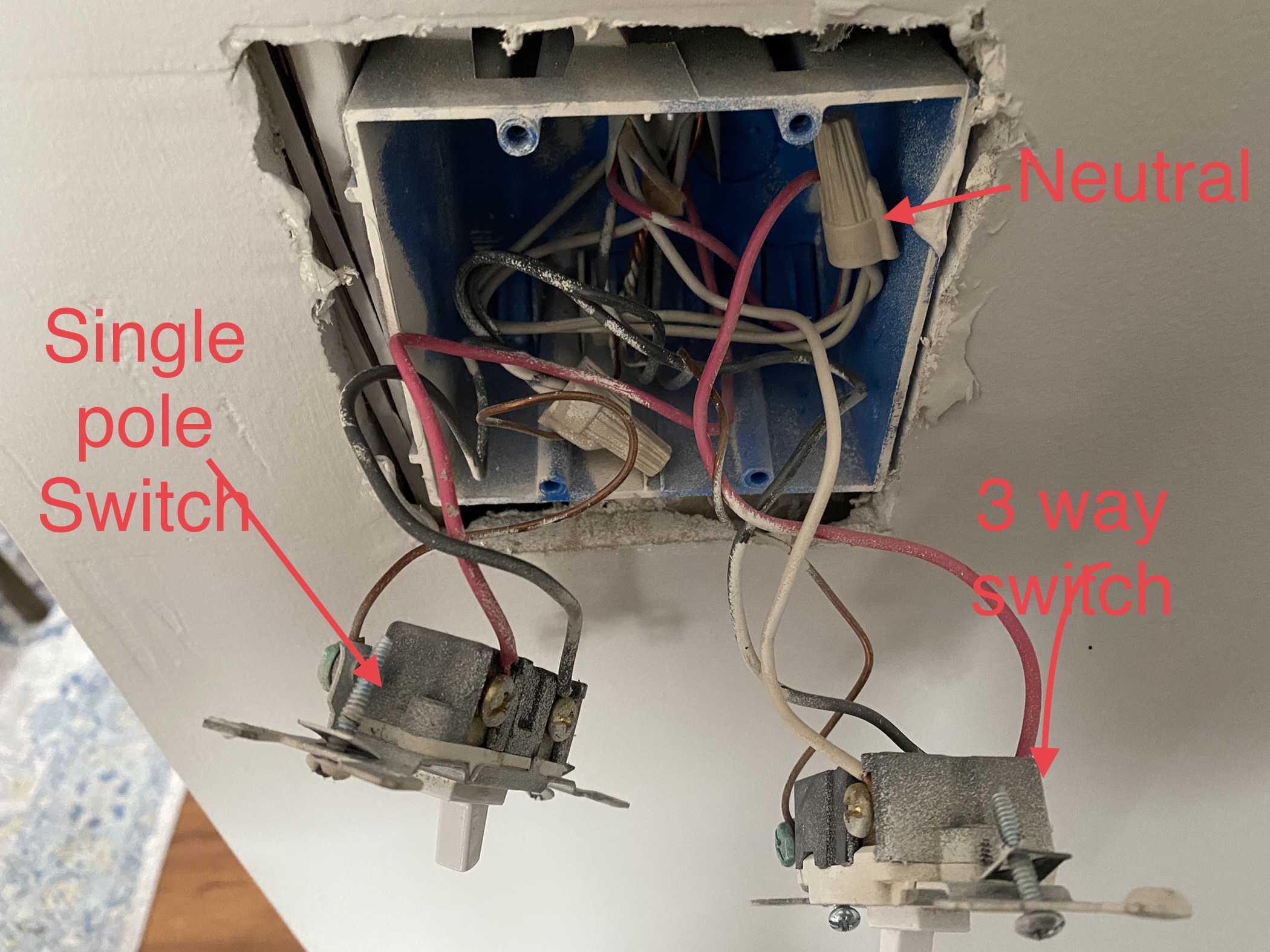 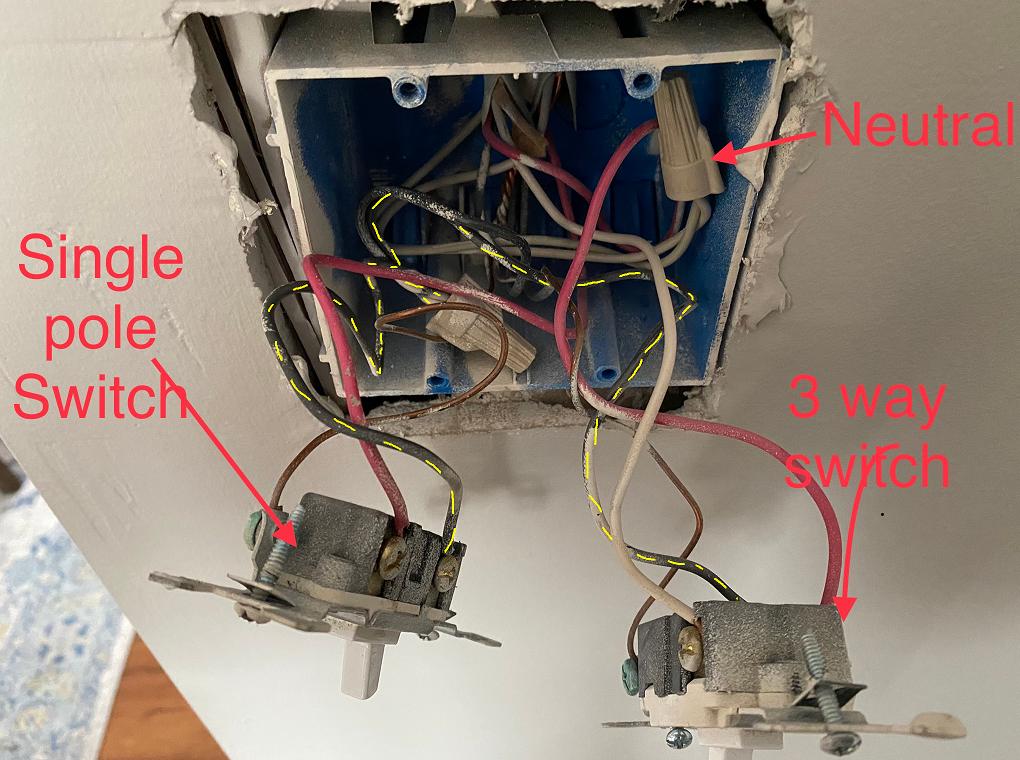 You'll want to verify this by confirming that one breaker (one circuit) powers the lights (or other loads) that are controlled by both switches.

If not, you can simply use two different neutrals for the two smart switches. Looks like the wiring is non-metallic (NM) cable / romex-type, so you can just use the neutral that is part of the same cable as the other wires going to each switch.

Note that the white wire going to the 3-way switch is not neutral -- it's one of the two travelers (along with the red wire) for the the 3-way switch. Before disconnecting things you'll want to mark this to keep track of it.

For your smart switches, you can add two short lengths of white wire (pig tails) from the existing neutral bundle. You'll likely need to replace the wire nut with one rated for four 14-guage wires.

5
What is the proper way to convert a pair of three-way (SPDT) switches into a single two-way (SPST) switch?
1
How to convert 2 3-way switches to one single pole switch with dimmer?
1
Two black wires connected into a single black wire in light switch box
5
Can I connect the neutral wire ends via a single switch terminal (without a pigtail)?
2
How to wire a switch with two black wires and one yellow wire?
2
I'm trying to install a smart switch into a two-gang box. There are three neutral wires tied together, do I just add a fourth one from the switch?
0
3-way smart-switch installation: How do I re-claim the white (currently) traveler to be a neutral?
9
Why are there three sets of wires for two switches, and how to wire up the neutral?
1
Replacing Single Pole Switch with 3 Wires with a Smart Switch
0
Replacing two three way switches with one single pole switch, with fixture in between switches